It was down to the last game of the day. So far I was undefeated (not necessarily much to do with me, except that I chose the Falcon!), and now I faced Zane, with... 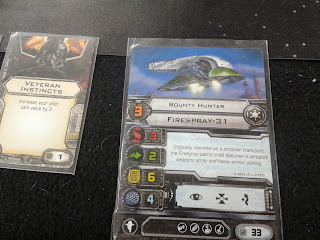 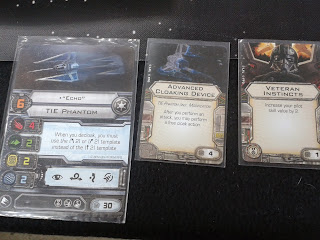 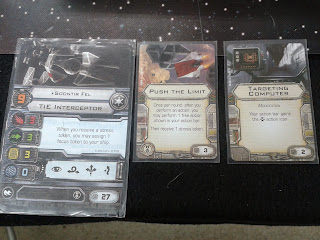 Arghh! Another Phantom! And this one could...well, read the card. Suffice it to say, he could fly rings around anything when he decloaked.

Again, I held back the A Wing, concentrating my firepower to where I thought that Phantom might end up. 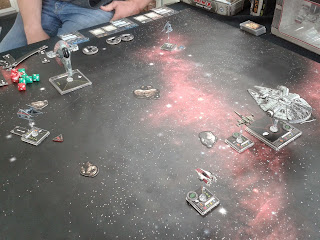 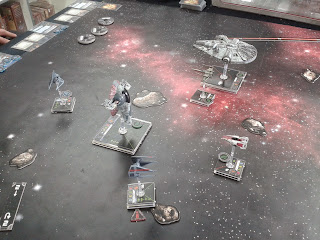 It zoomed right past. So far that only Han could shoot at it, at extreme range, while it was cloaked behind an asteroid. That's six defence dice! Six of them! 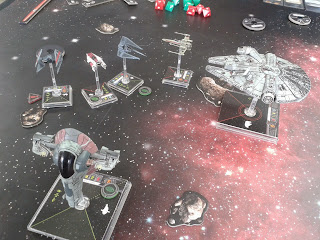 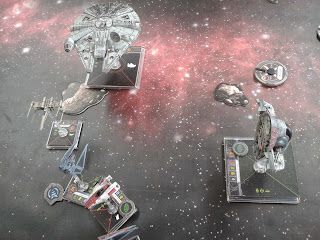 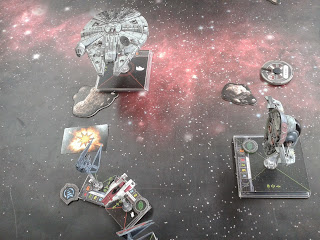 ...became dust! And once again, I'm pretty sure he only got one shot away before doing so.

Why the grief for Wedge? Oh, that's right...

However, in the confusion, Zane forgot to move Soontir (had it been a friendly I would have let him move it, but, well, seeing this was a competition and all...), which gave the A Wing an opportunity too good to pass up. 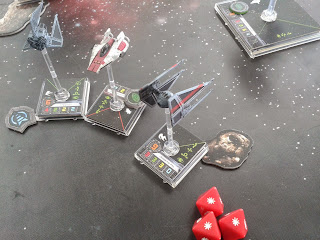 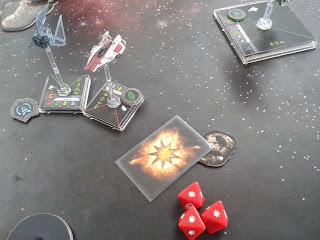 Bang! Yay for the A Wing!

And then there were two. On each side. One small and nimble, one large and...not so much. Though the Firespray was more nimble than I was expecting.

And he could fire out his ar...behind him!

Boy, did he start piling on the hurt... 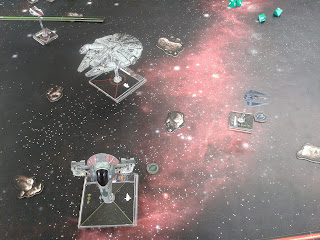 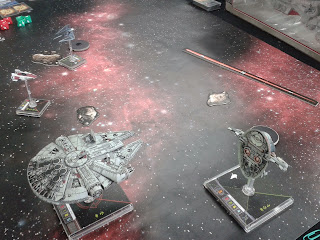 However, the Emperor had made a critical error and the time for our attack has come. Or something like that. Zane K Turned, which meant no focus token for the bounty hunter. And, as Han shoots first... 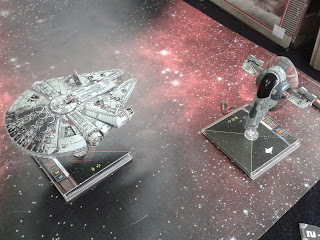 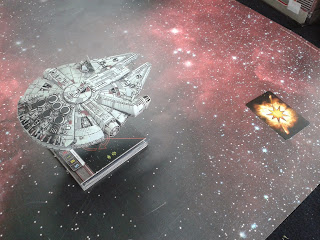 Whew, the Falcon was down to just two hull points...

Then the race was on. Could Zane take out the Falcon? 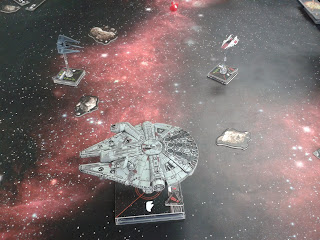 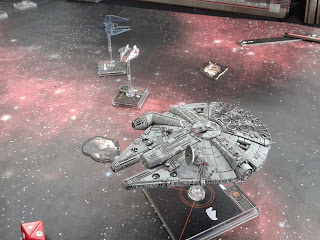 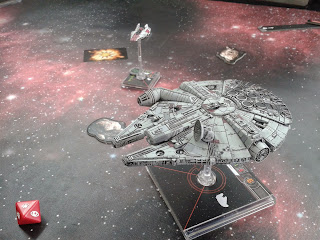 Ah, no. Though he came really close - the Falcon was down to just one hull point at the end.

And that was the end of that. Four games, four wins, a wee plaque (and Z-95 Headhunter), and a great time was had by all.