We lined up, and away we went. 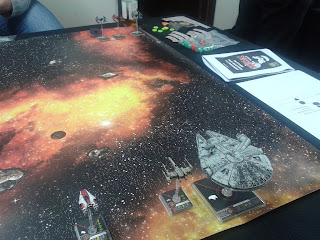 Martin made his intention to pick on my A Wing pretty obvious early on. 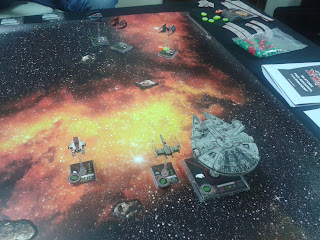 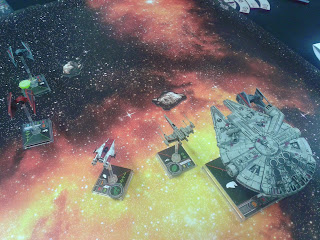 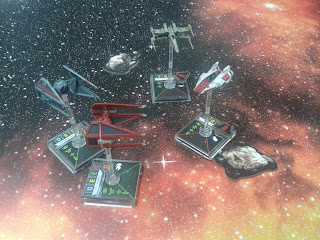 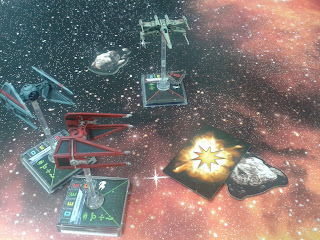 It was at this stage that I was getting really worried. Martin was flying his dudes like a pro! 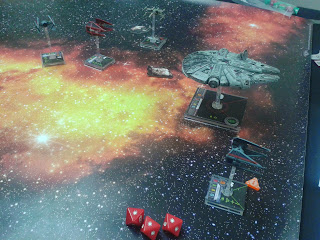 It was also at this point that I realised that these Tie Interceptors were stronger than your average...bear... 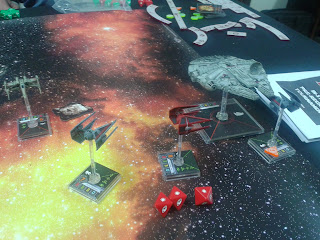 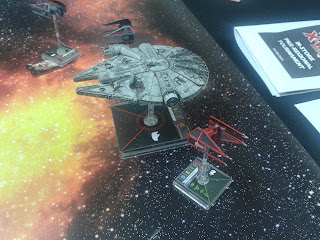 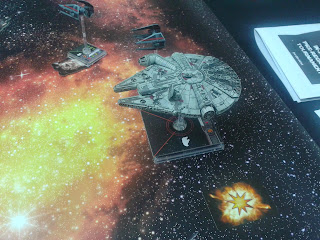 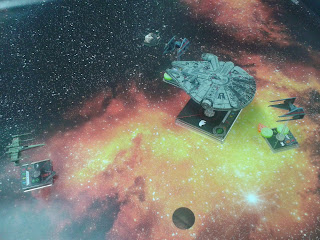 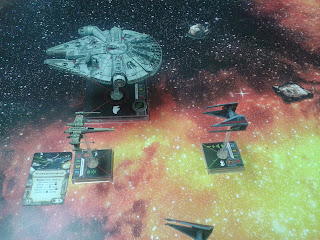 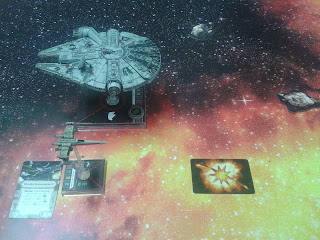 ...but Wedge got in the last word.

Then it was Han's turn to speak to Soontir. 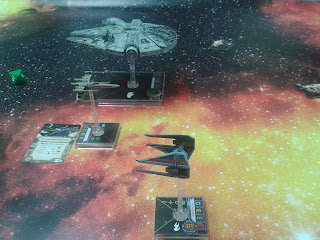 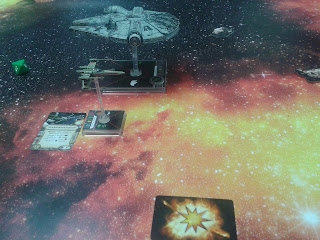 And speak he did. With extreme prejudice.