Good afternoon,
Last Saturday, Andrew F came around for some 36 point fun.
I forgot to tell him no big ships, so...he rocked up with a no frills Sabine.
Me, I was wanting to try out my latest purchase, a Kimogila heavy fighter, replete with...stink, I can't remember! Something like...
I think. But that's only 34 points...hmmm, might be missing something.

Oh, and I also wanted to try out my new [custom] dice tray, courtesy of Battle Kiwi. Ticked pink with it, I am!
We set up (only four obstacles), and away we went. 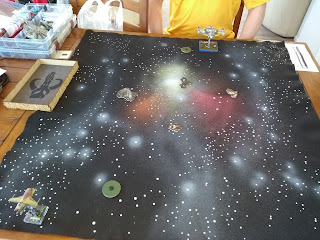 First merge, and I got him in my bullseye arc. Free target lock.. 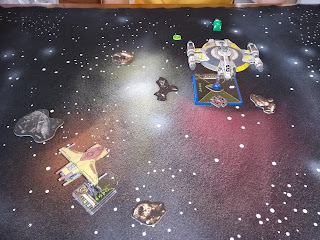 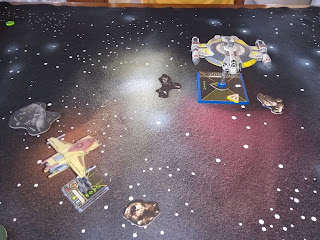 ...and a little stress afterwards!

Next turn, and Andrew turns in a bit wider than I was expecting! 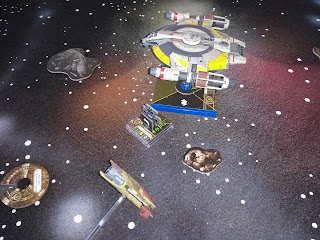 And, seeing as the Lancer can seemingly turn on a dime, I was out of there! 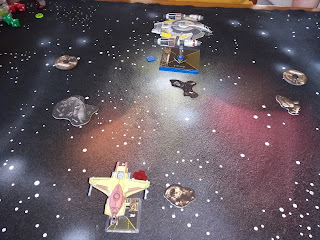 A bit of repositioning later... 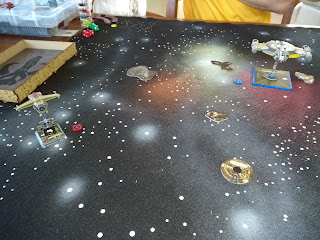 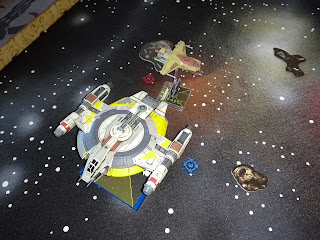 ...and I'm pretty sure I'm on a hiding to nothing! What with Andrew's mobile firing arc and all. 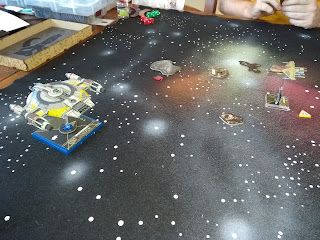 At least I'm able to get a shot in...though this hulking beast has two green dice to my one! 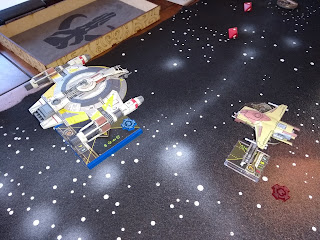 Doesn't help when Andrew flies it like he knows what he's doing! 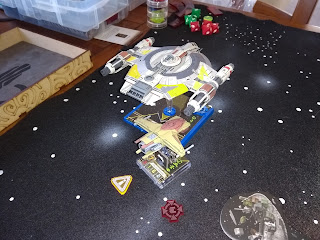 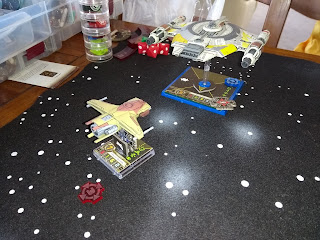 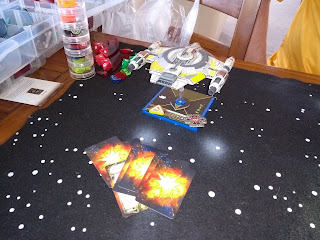