On Friday young Richard popped over during his lunch for a couple of quick 36 point games. Cool!

I took a pre-fix Wedge with PTL, Vectored Thrusters and a non integrated R2 astromech.

As Richard came straight from work, I pointed up for him two Zeds...
And so we began.

Kaat'o swung wide, allowing N'dru plenty of space to roll his extra die. So I fly Wedge towards him... 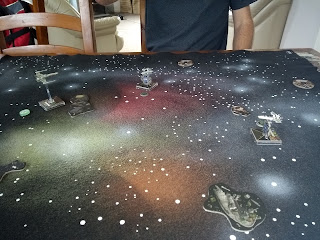 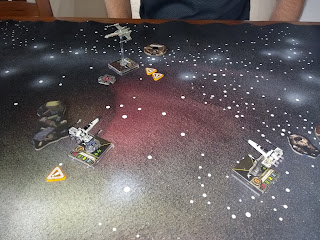 ...and K Turned through debris.

Really?! I mean I know I've got lots of greens to shred stress, but...an X Wing going into combat without mods? 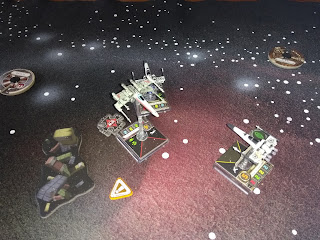 ...range one, and I roll a paltry two hits (for one of which Richard rolled an evade) with two foci! 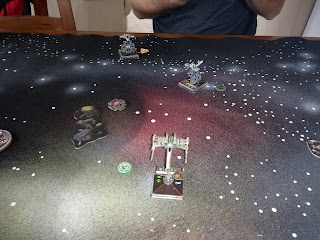 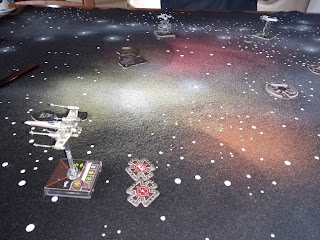 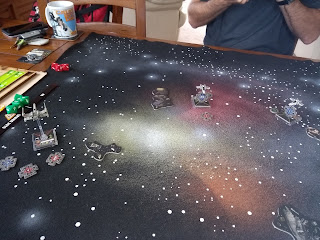 Picking up many a target lock on his way around. 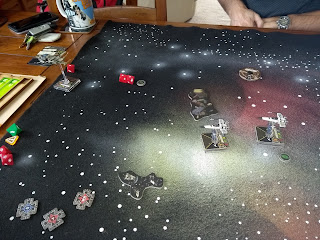 I barrel roll to get out of range, but... 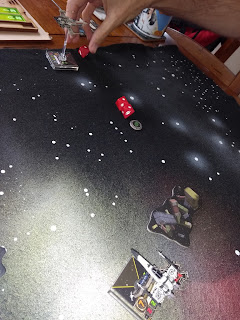 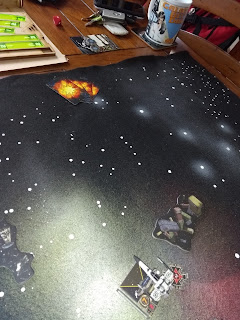 With a little time still before Richard had to head back to work, we dial again.

Again, Richard wanted to make the most of Lone Wolf, which kinda played into my hand. 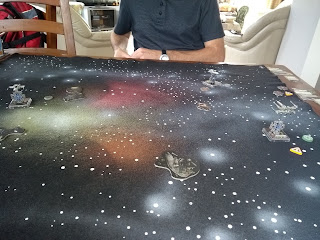 Seeing as I was zipping up the field pretty fast, Richard chances a 3K, hoping for me to fly past. 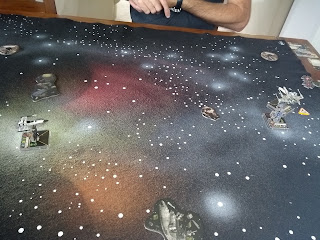 But it did set me up for a 4K the next round, which even ended up out of  N'dru's arc. Just. 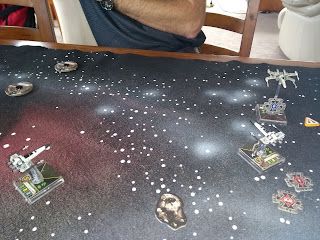 I got one crit through... 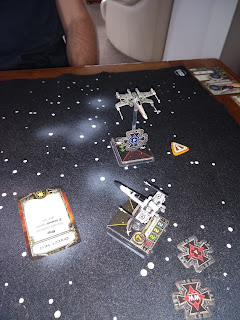 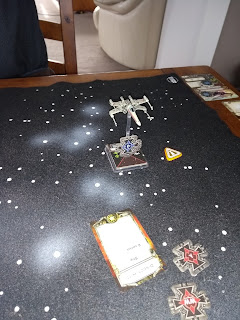 ...which just happened to be double damage!

Which just left Kaat'o...at range one...with a target lock and a focus...which, upon further reflection he should have stolen... 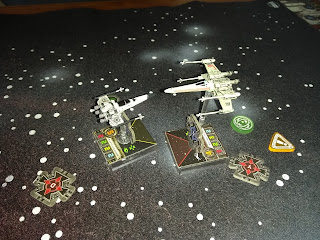 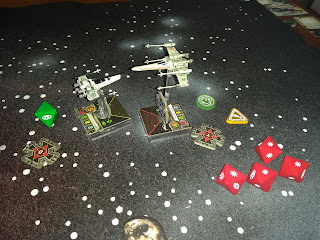 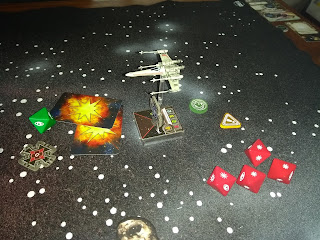 ...not that it would have done him any good!

Honour was served, and a good time was had by all.