Keeping with the 3D printing theme, here are some more that I prepared earlier.

The current Star Wars Edge of the Empire adventure that I'm running with my lad is FFG's published supplement Beyond the Rim, a scene in which entails a possible cargo sled chase through the docking bays - shhh, don't tell Matt!

Anyway, I found this on Thingiverse, and...voila! 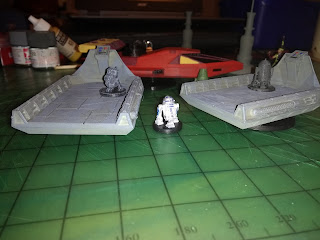 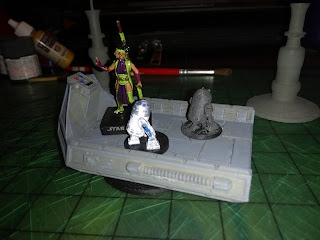 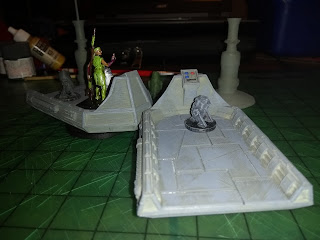 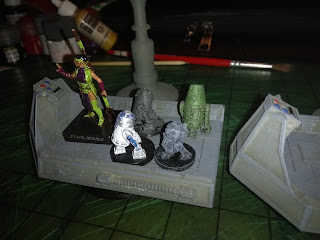 The unfinished droids are also 3D printed, though I have subsequently resized the R4 droid, and put it on a base - as it is at the moment it's just a touch too big. Hopefully, when I get the print back, along with an R5, it will be more compatible, size wize, with my two Wizards of the Coast astromechs. 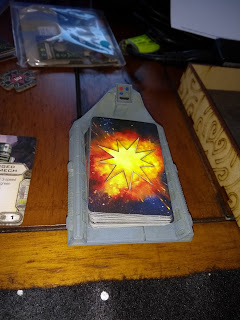 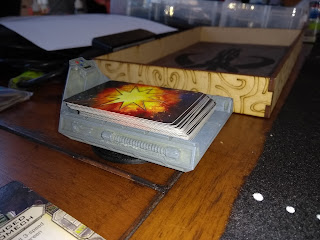