This time Andrew took a Kimithingie, the highest pilot skill fellow, while I thought I'd go old school with Back Stabber and Dark Curse.

Not wanting to go head to head with him, I headed east. 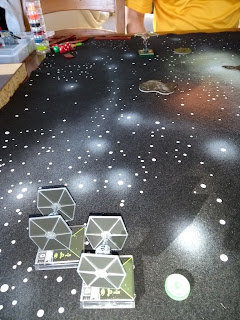 But, realizing that I had to face him some time, I thought I'd try sneaking in behind him with Back Stabber. 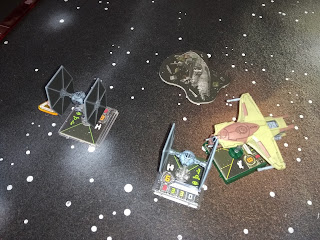 Drats, I thought that he'd come in further!

So I try to fly interference with Back Stabber while Dark Curse K turns through the debris. 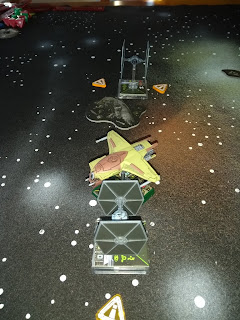 And back again through the debris. 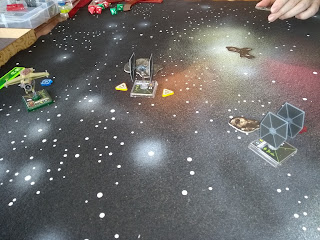 Back Stabber was in a bad way, so barrel rolled behind a rock, just to be sure.

A bit of re positioning later... 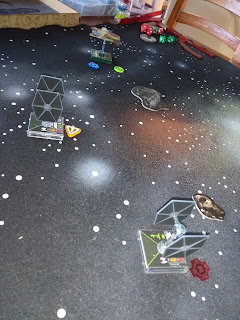 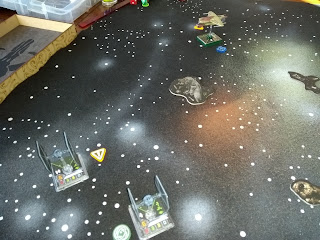 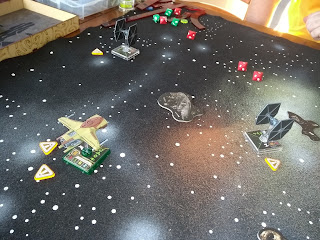 (...it's good to see I'm not the only one who K turns through debris!) 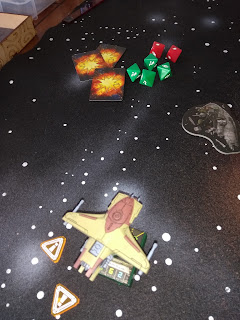 ...and Kablooie! Two blanks, two focus all whilst stressed!

The two remaining foes zip past each other...with smoke streaming from Back Stabbers, ah, back... 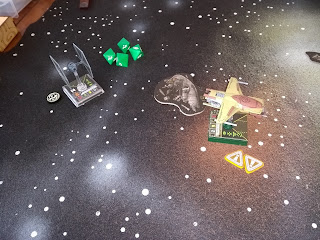 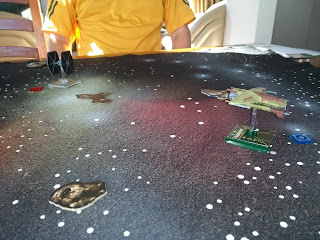 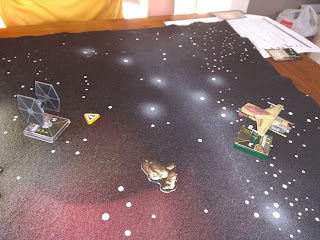 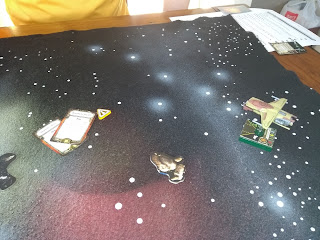 Well played Andrew, well played. And thanks for the games,