EIRs In All Their Glory!

While I work the photos of today's WMA Historical/Fantasy game EIRs vs Raetian Goblins into some kind of pictorial report, I thought I'd post the completed Early Imperials in all their...numbers...

First up a shot of the lot of them. (Minus Mars - he came out to join the photo shoot a bit later). 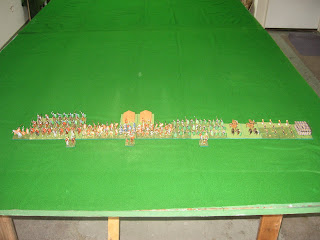 From left to right, we have a HOTT Hero element, then Cav generals, a Knight, Light Horse and the rest of the Cav and one of the WMA command elements... 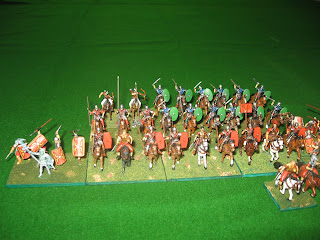 ...the Legionaries and Praetorians, along with the second WMA command element... 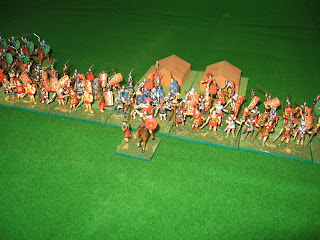 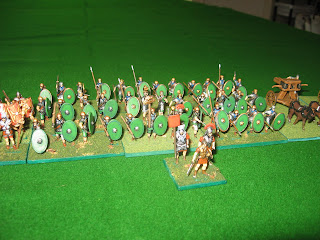 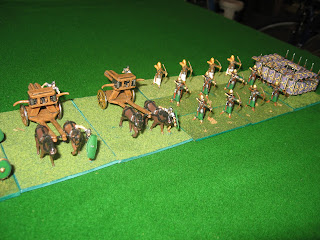 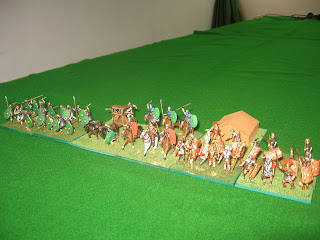 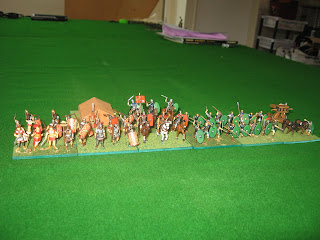 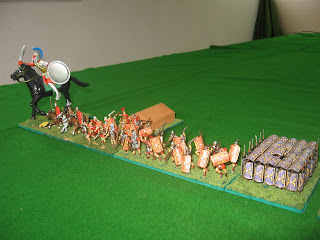 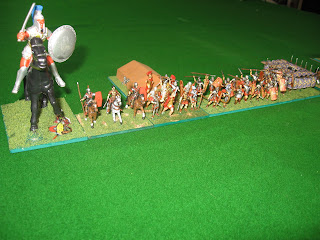 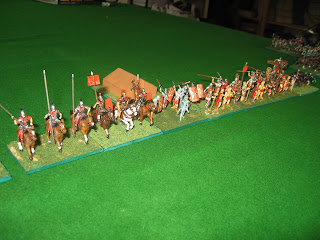 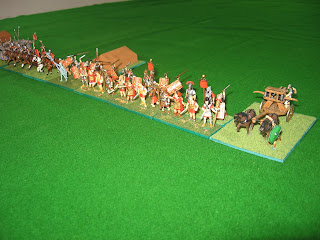 ...and Knight, Heroes, Blades, and Artillery - opps, Art cost 3 AP - I'll replace it with a Spear/Auxilia.)

...and one Warmaster Ancients army of 1020 points. 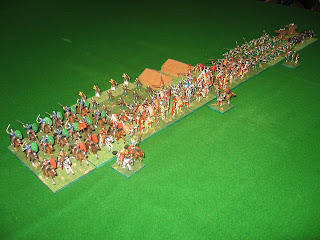 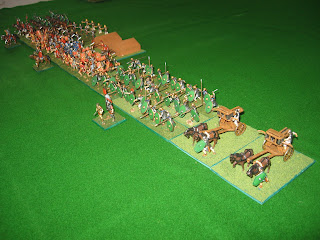 I initially pulled together these EIR figures as part of a planned DBM EIR army, split into three commands, hence the three Cav generals. The army was designed to be 400 AP worth, which was to include an allied command of 7 Sarmatian knights. Which in turn formed the basis of my [complete, but as yet completely unpainted] Sarmatian DBA army, which is next on my hit list.

Once they are complete, I will have the army I ideally planned to take to the 1999 NZ National DBM competition. I took lots of Revell Blades instead...and then got rid of them because they just didn't look the part!