Stan came round for a cup of tea (and delivered some bases) and I proudly showed off my painted Skellie Behemoth. He mentioned that this beastie looked like it was chewing on something, and suggested that I give it something to chew on. What a frightfully good idea. And so I did. 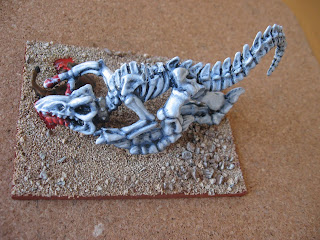 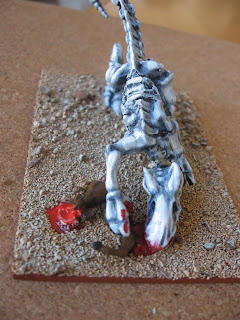 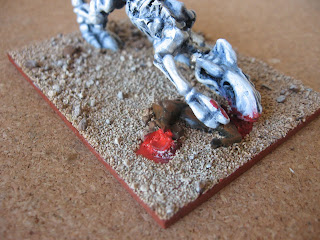 It's gnawing on the other half of the poor HaT Numidian 'pony' (they're really too big to be ponies, but there you go) that was left over from the Early German Dragon base.