Over the last couple of days I've been finishing some bits and pieces primarily because they've been bumped out of my "to be painted" box by the EIRs that have to be done to finish painting my EIRs... 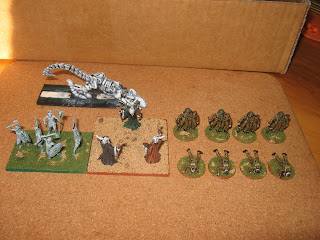 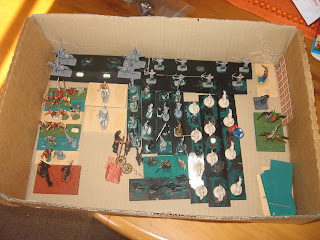 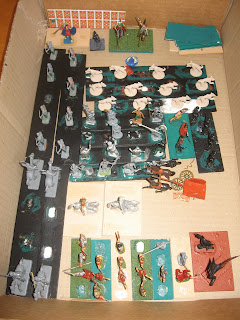 Basically, I've run out of room, so something had to go.

First up, we have another Early German Ghost (Horde) element. 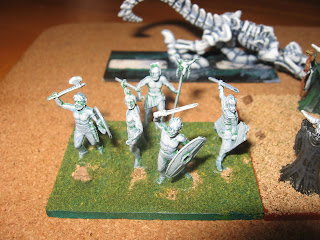 Next up we have another Skellie Magician. I'll be using this one as the 2iC in Double HOTT games. 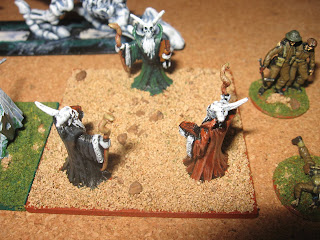 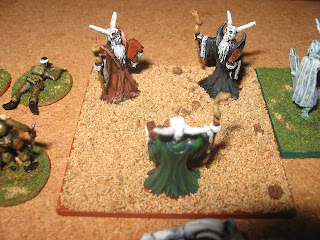 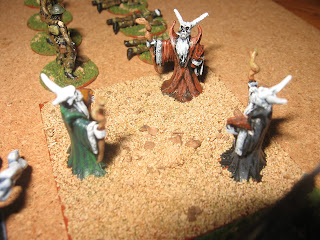 As some point I'd like to get creative and try making some sort of whirlwind out of Green Stuff to put in the centre of this trio.

Speaking of Skellies, here is a Behemoth element that I have finished, but am still waiting for a base to, well, base it. 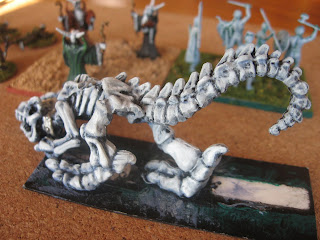 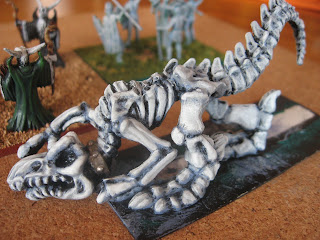 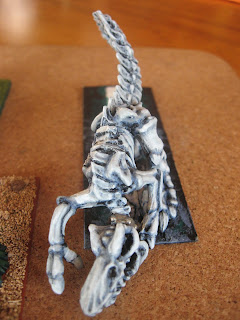 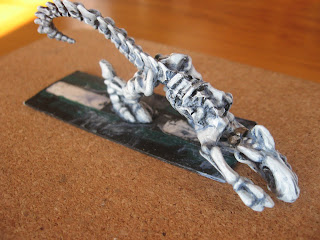 It is actually a Skellie Dragon that I let get a little too close to the fire. Literally. It started to melt! So I carved off it's wings and, using it's strange new posture as inspiration, thought, "Hey! I can use that as a Behemoth!" And so I have.

I'll also use it as a Stone Giant in WMA should I get me another box of Skellies to make 1000 points worth.

(Incidentally, those white doggie things sitting to the right in my wee "to be done" box are Zombie Dogs from an expansion to the excellent board/tile game Zombies!!! I'll use them as Beasts for HOTT, and a unit of, well, zombie dogs, for Warmaster, the stats of which I guess will be quite similar to light cavalry. Without the shooting.)

Lastly, I have painted up some casualty markers for my WW2 Kiwis. 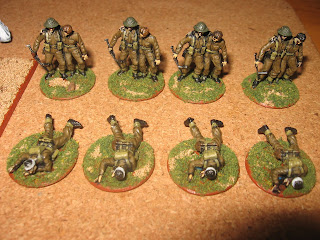 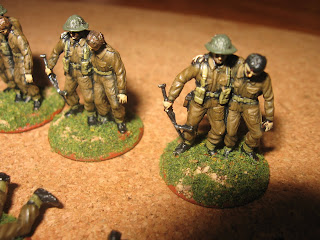 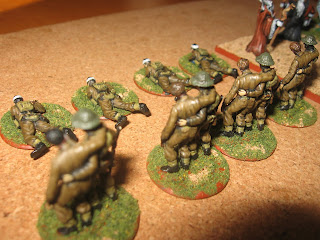 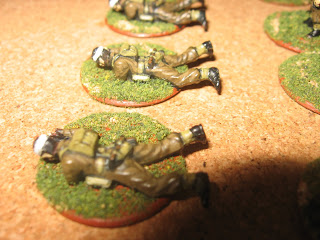 For Crossfire I'll use them as suppression markers.

They are from two boxes of ESCI WW2 British Soldiers. The guy on his stomach was actually the guy flinging around his rifle but in a menacing fashion.

Right, to start on the last of the EIRs.