My 20mm VSF Brits vs. Nick Sutton's 25mm Mythical Indian. Nick was bound to win this one. And lose...

I was the defender, so set up the terrain with a nice big river right across the middle of the board. Andy made a cool wee VSF sub as a water lurker and I wanted to use it!

Unexpectedly, Nick rolled for his edge and the whole table got spun so's the river ran north to south. So I deployed entirely on one side of the river. Like, to the West of it, rather than to the south as planned. 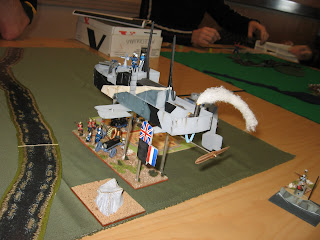 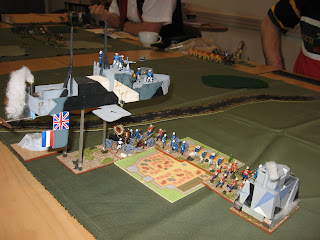 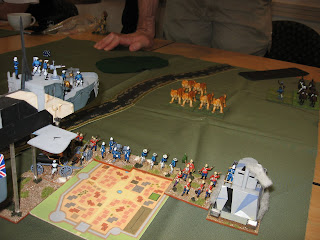 Thankfully, one of Nick's Beasts touched the water, so I was able to deploy my water lurker. Yay! 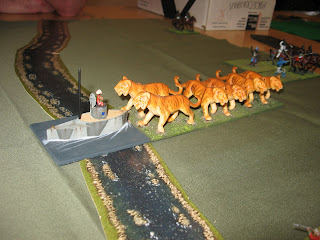 He didn't do much, but at least he showed! 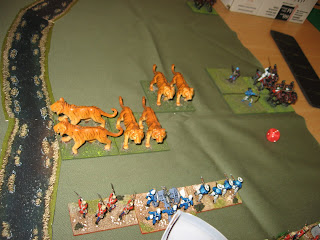 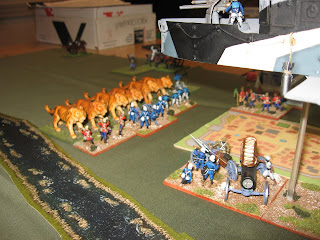 Nick brought up his Hero... 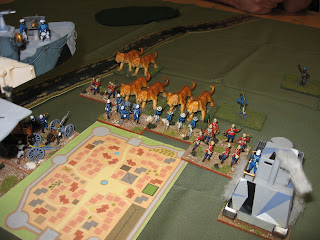 ...so I zapped him with my Steam Powered Zappy Gun Magician (General)! 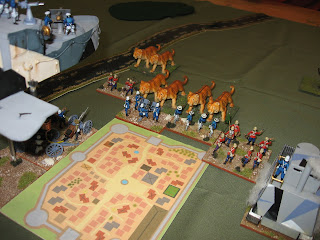 A particularly effective round of shooting also took out two of his three beasts. 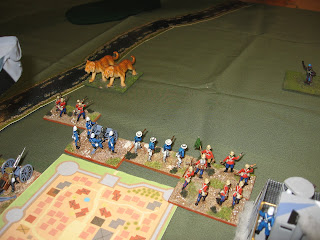 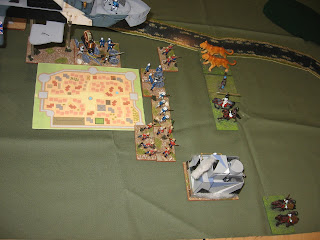 Into the clutches of the enemy... 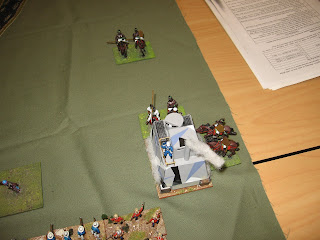 ...to simply shrug them off. Right off the edge of the table, as it happened. And then to follow up. 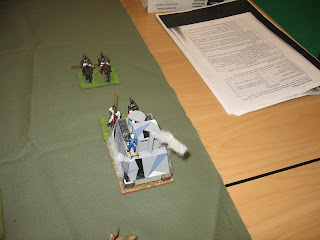 In flies the Air Boat in support. 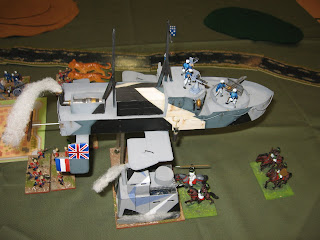 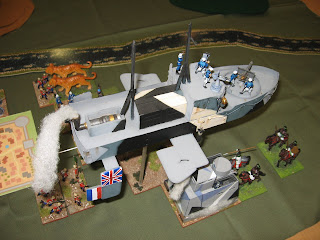 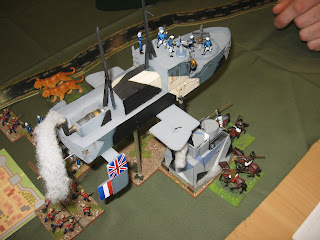 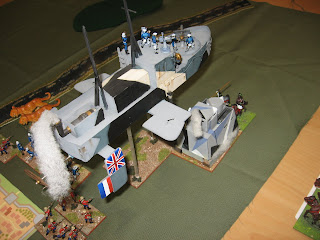