Finally, some Sarmatians are painted! 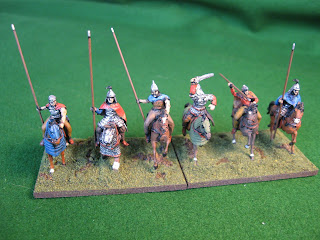 These dudes have been waiting since 1999 to have some paint applied to them.

They are a mix of Italeri Mongols (horse and riders - the green and blue horse armour is supposed to be laminated lacquered horse horn/hooves), Evolution Sarmatians (though I separated the riders and horse to mix the army up a bit) and Revel Praetorians, heavily converted. 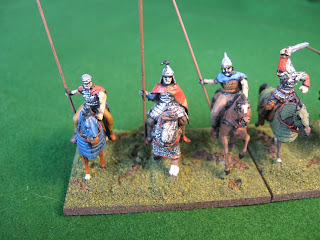 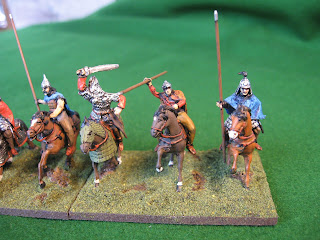 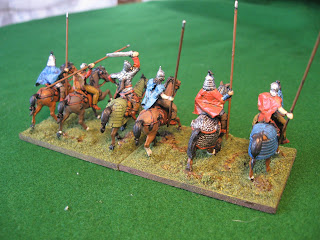 This is one of the Evo Sarmatians, hacking over his shoulder. 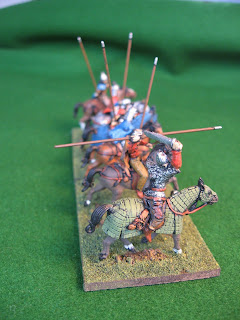 And here are the basis of my whole Sarmatian idea. A Revel Praetorian that looked just like the dude in The Armies and Enemies of Imperial Rome. ('Cept the helmet. Ah, well, at the time there was nothing else even close...).

So, I chopped off his shield, chopped his torso in half, glued on some Esci Napoleonic cav legs, made a cloak of tissue paper, and...ta daaa... 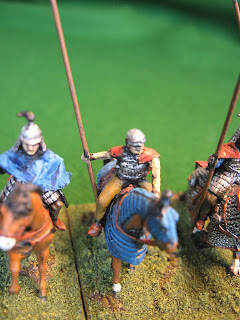 This one also had a head swap from an Italeri Celt. 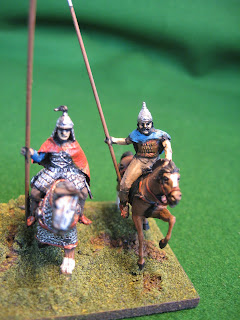 And this one is the other Praetorian pose I used. Sufficiently un-Roman looking to be chopped up and placed atop a horse. (Yes, I know it is highly unlikely that one could thrust with a 12' contos like that, but, well...it looks dramatic!) 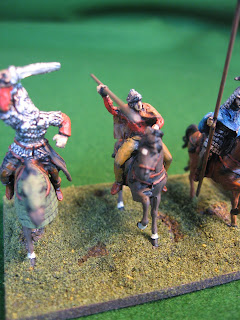 And thus, my week's break came to an end. Back to school in the morning. Team meeting...ho humm...

Dead chuffed to get these fellows done - only nine more elements to go!