I've been busy sorting out the wing roots on the Typhoon. Here are the results of Wednesday's efforts. To which I added a thin coat of grey to see, well, if it worked. 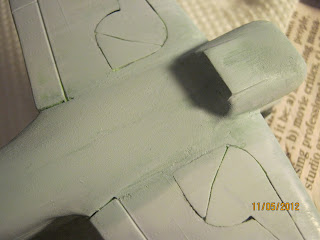 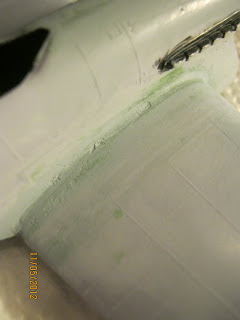 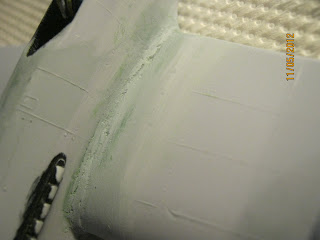 It mostly did, and yet not completely. So...another touch up of filler... 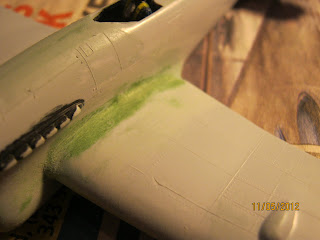 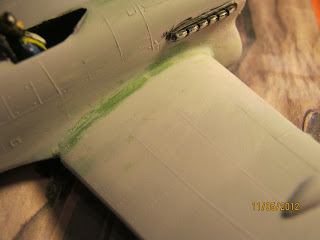 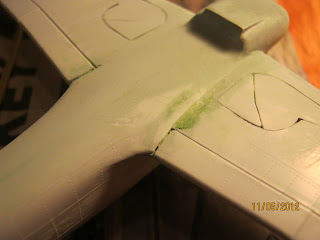 ...and another coat of paint over said filler... 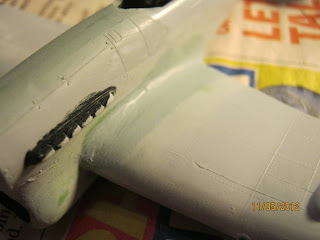 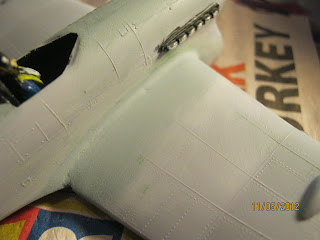 While waiting for the filler to dry so's I could start sanding it, I started another Hawker aircraft that was named after a weather event. A Mark 1 Hurricane, nominally bound for Greece and Crete c. 1941. 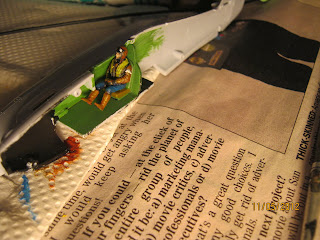 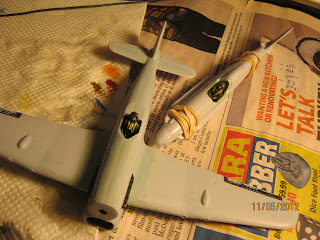 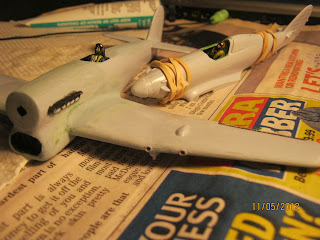 Acutally, I spent the bulk of this evening searching for pictures of Hurricanes serving in Greece and Crete. Which kinda brought up a bit of a problem. They seem to have had tropical filters! Oh bother!

Still, I have concluded a couple of things I can do...