VSF Brits vs. Thomas the Tank Engine and the Army of Sodor.

This is the first report of my games in yesterday's tourney.

Stan was attacking, so I laid out the terrain, and Stan laid out his trains. 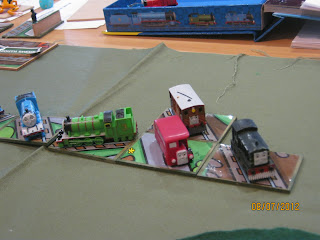 (L to R - Harold - a Flyer; Annie and Clarabel - an element of Clerics (they're often getting Thomas out of trouble, you understand); Thomas and Percy - two Heroes) 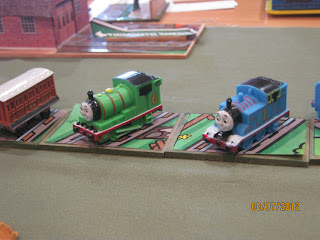 (A close up of Stan's two Heroes - who were to take no part in the battle!) 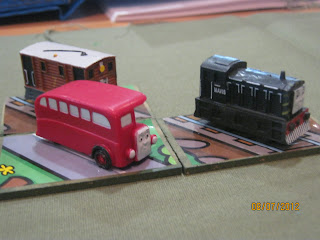 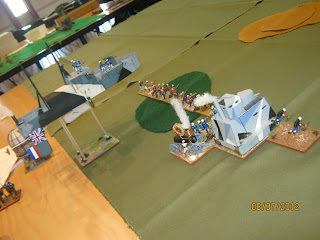 (L to R - Lurker, 5 Shooters, Behemoth, Flyer with my Magician general tucked in behind the line and the Airboat at the back) 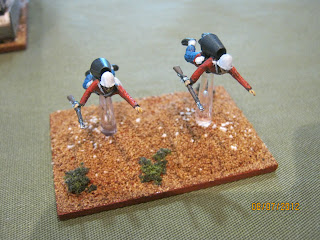 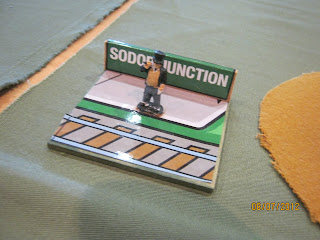 ...who promptly zipped around behind my line, pushed back my Airboat... 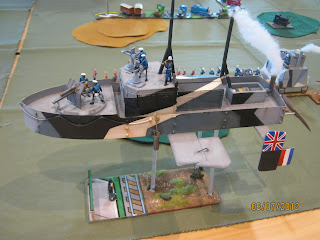 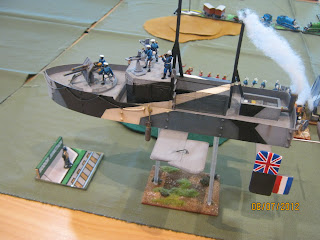 ...and zapped back my Magician General's, well, zap (seeing as it is a steam powered zappy gun)...and that was it! 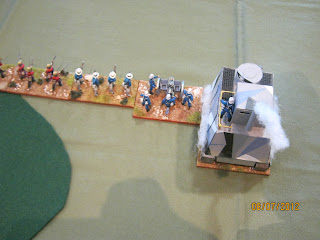 'Twas a very quick game! Quick note to self - don't try to take on a God with a Magician...it doesn't end well. 'Specially if that Magician is your general!