Skellies vs. Robin's Lost World Army very ably commanded by Mark. You may already guess where this is going...

My second game from the HOTT Day in July, 2012 tourney (can you call a wee competition between six of us a tourney? It certainly isn't a tournament...) saw me facing Mark with Robin's 20mm Lost World army.

Me, I took my Skellies, this time without any horde! 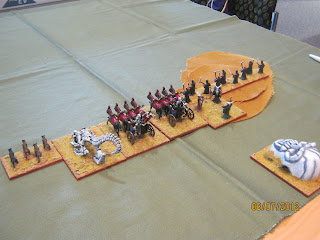 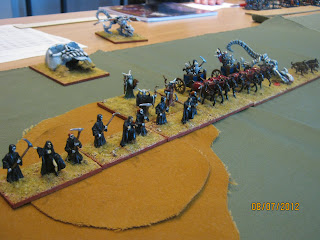 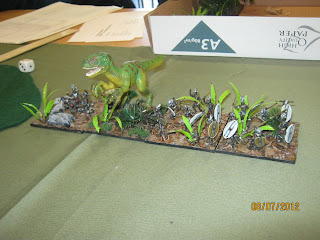 Mark flew his flyers (as you do) around to my left flank to try to discombobulate my line. 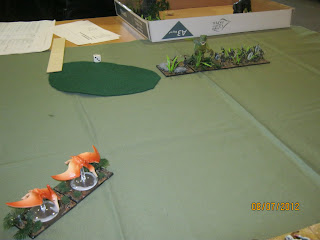 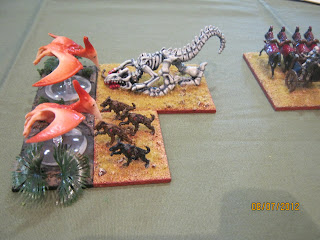 With less than stella results. Well, for Mark. It was quite a good result for me. One fled off the table... 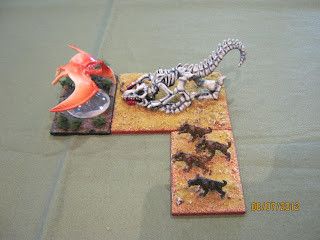 ...and the other was chewed to bits by by zombie dogs! 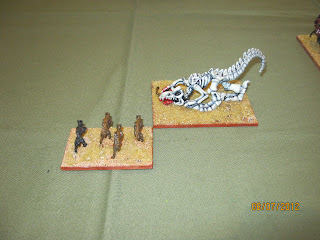 I start to roll forward, when argghhh... 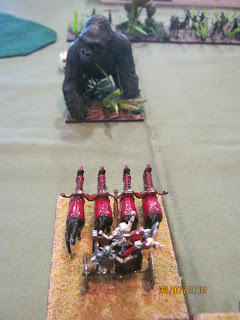 ...Kong his self arrives on the table!

I beat a hasty retreat to reform a solid line, and low, and behold, he disappears again! HOTT gods, eh?! 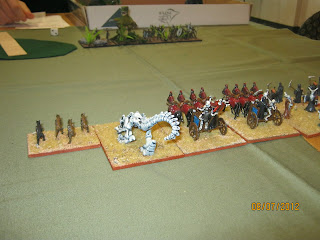 Well, since that didn't work for him, Mark decides to settle this the old fashioned way... 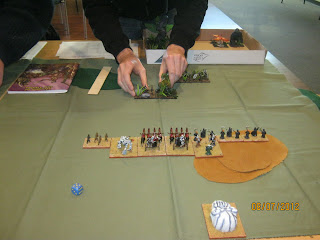 My dragon turns up.

In comes his behemoth against my knight chariot. A recoil result on him. My chariot follows up. 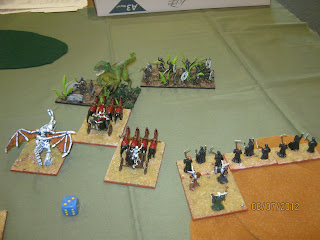 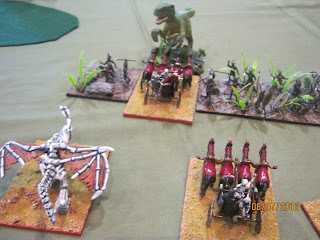 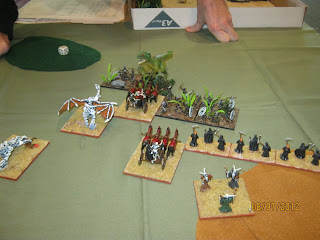 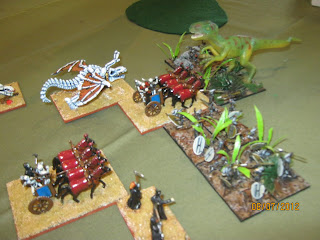 Having left his support waayyy behind, the inevitable was bound to happen. 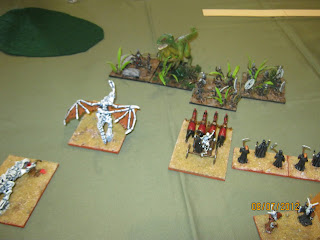 And then, oh stink think I again. 'Stead of leaving his warband to face my knight, Mark slots in that stink'n behemoth. 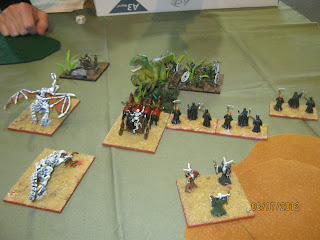 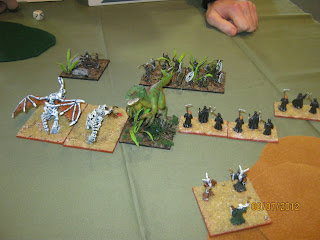 And again think I, oh stink! 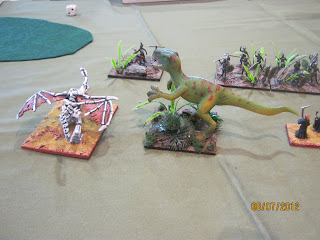 Things aren't going my way (still, it could have been worse. My dragon had just been contacted front and flank by said behemoth and Mark's general...and won! (That magician should have bounced back...)), and my Pip dice have deserted me (I rolled a 1 when I needed a 2 to send in that dragon) I send in my blades against the warband. What's the worse that could happen? 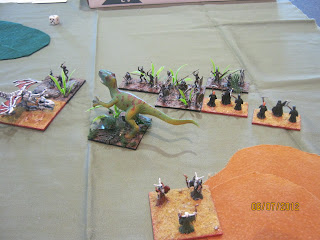 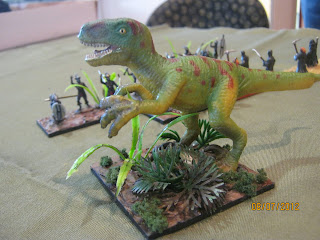