While I've got a quiet moment, here is my report of Game 5. Early German vs. US Air Cav. 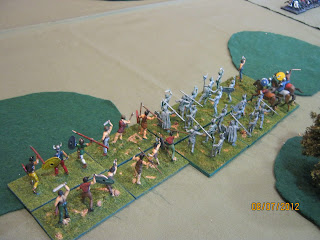 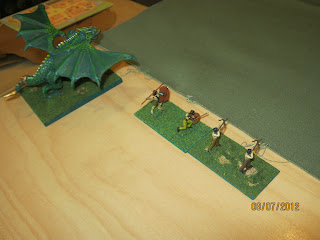 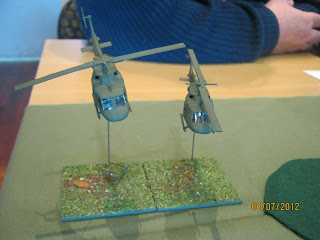 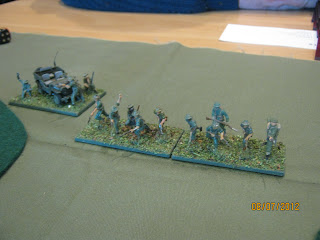 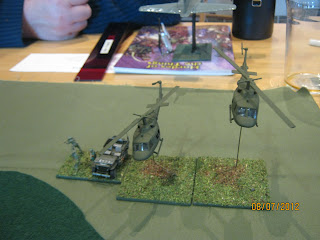 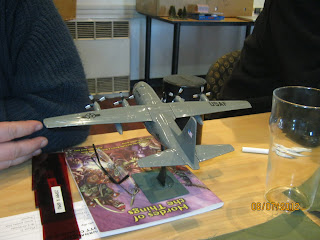 Early in, Gordon advanced into (he was hoping through) the wood when he was lurked upon. 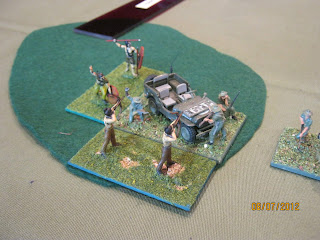 One of whom quickly died! 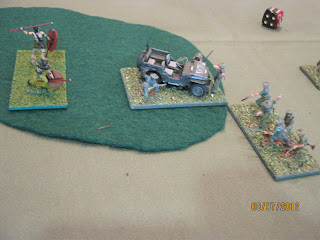 Then to strains of the Ride of the Valkyries, Gordon sent forth two of his choppers... 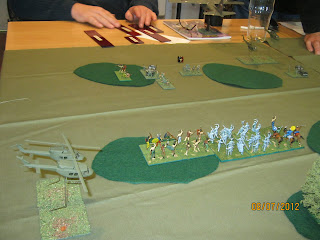 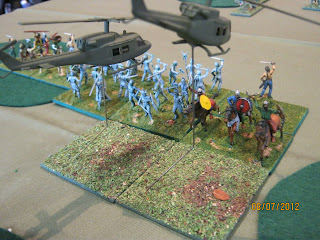 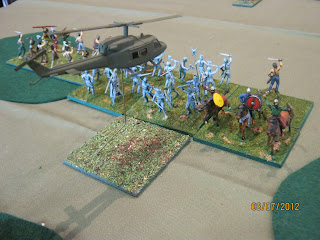 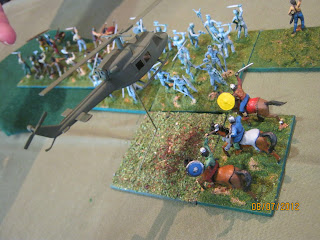 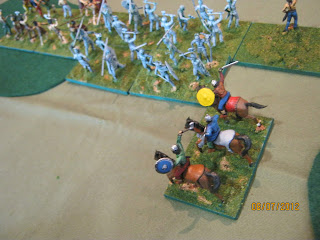 And then my dragon arrived! 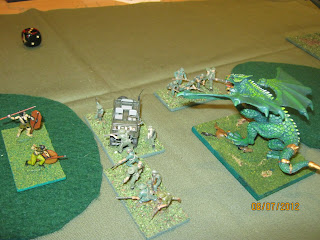 In the meantime, Gordon thought to take on my Hero. 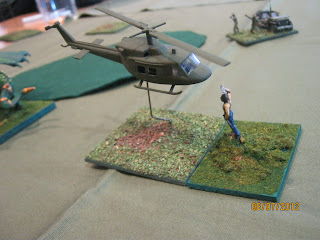 It lasted for a while, as it happened.

Anyway, in goes the Dragon against some Shooters... 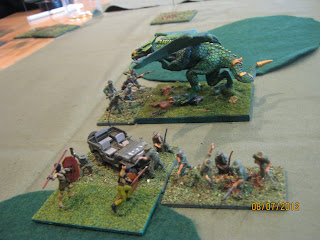 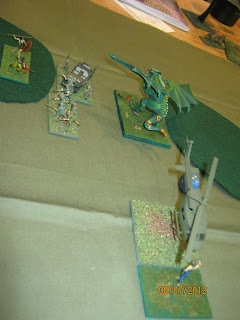 ...along with my Lurker pushing back Gordon's General. Well done, those men!

Next kill was managed by my Hero against the chopper... 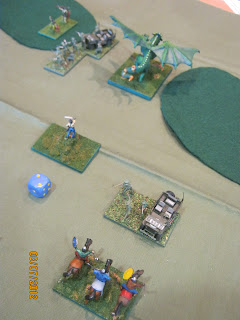 ...I love the smell of burning Huey's in the morning. Or afternoon, as it happened.

At the same time, Gordon pushes forward with his own Hero looking easy meat his self. Trouble is, my own Hero found himself with nothing to do, so... 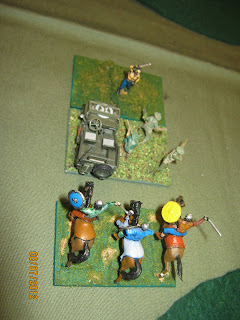 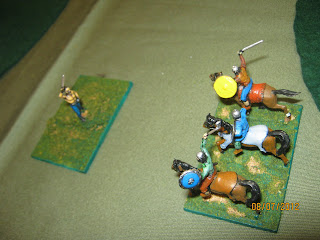