My next battle was using my Raetian Goblins... 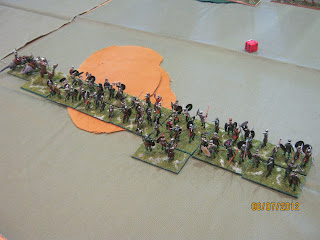 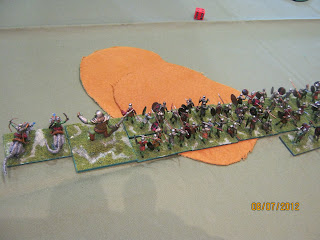 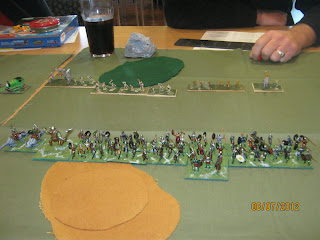 And so it began.

Early on, both Gods arrived. First his... 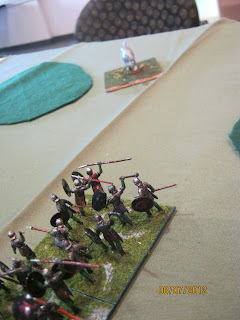 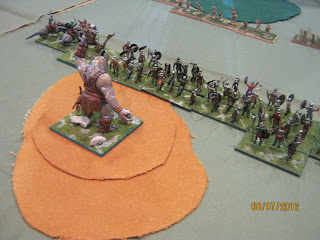 Kevin sent his Lizard God straight in behind my line (??) which in turn sent my Gaint in to meet him. Backed up with some support. What was he thinking?

First result was a stand... 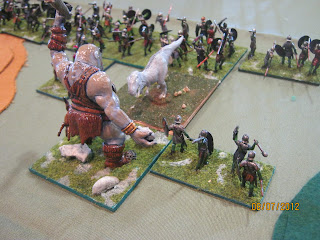 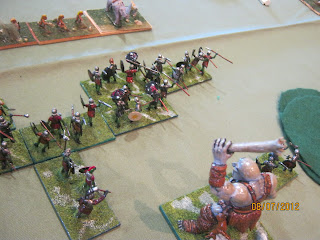 Not terribly phased, he rolls his line into mine, and, well, my Hordes start dying like, well, Hordes! 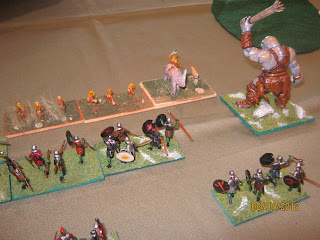 Still, it wasn't all bad. 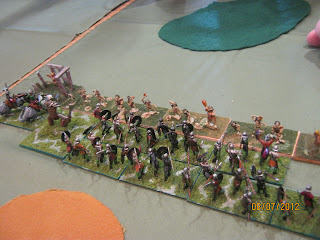 And soon it became really quite good, as, by a very lucky/unlucky roll of the dice, I took out his Paladin and started to roll up his line... 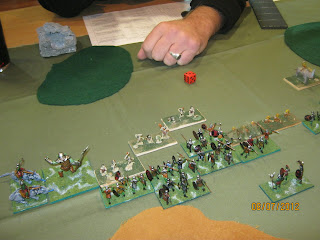 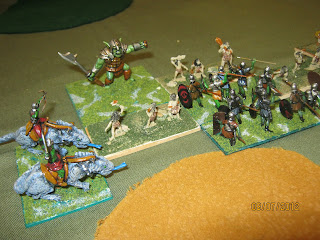 ...but not without some casualties being inflicted on my other flank! 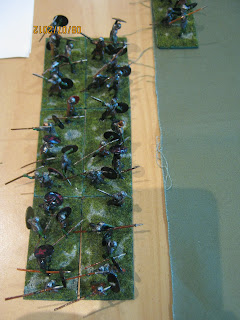 Still, it did the biz. 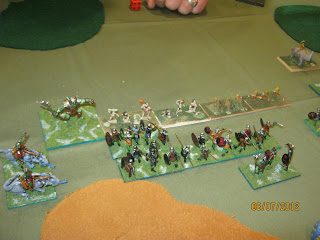 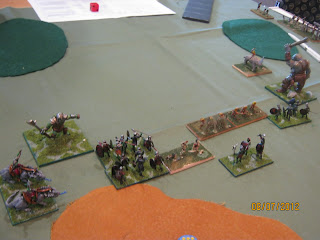 The Hordes won the day. They did what Hordes are supposed - die in droves to give you time to win the battle elsewhere! 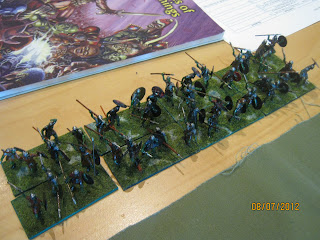 After all, you can't make an omelet without breaking a few eggs!