And on with battle 4. 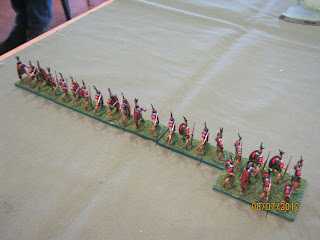 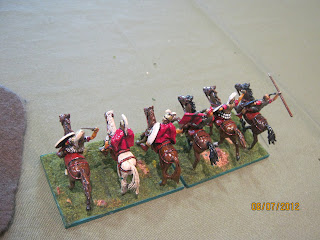 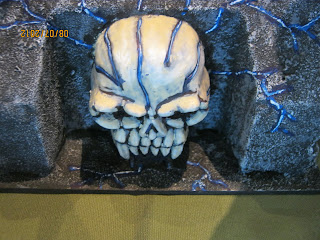 Early on, Mars his self deigned to arrive on the right flank. 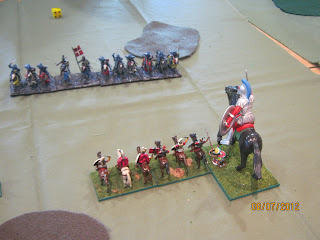 So, in they went! 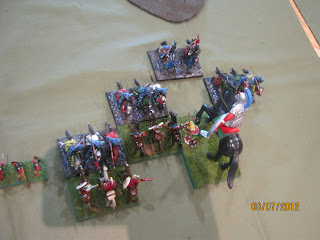 Both Robin and I thought that Gods quick killed Heroes and visa versa, but, well, actually, they just stand there trying to double each other (combat results wise, that is). At combat factor 6 vs combat factor 6 (plus opposing die rolls), that wasn't going to happen any time soon. Or at all. The advantage of the God is, however...he don't recoil on a recoil result.

So...yay, I've tied up Robin's most powerful element. Well, 'till his Dragon turns up (when he rolls a 6 on his movement die) or Mars disappears when I roll a 1 on my movement die...

Anyway, with Robin's Hero General tied up, I was able to zip around with my own Heroes and do the biz... 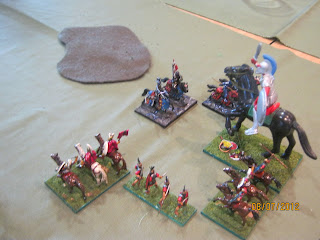 ...while the rest of the boys held the other flank. 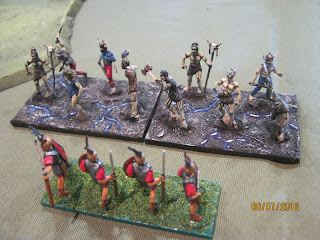 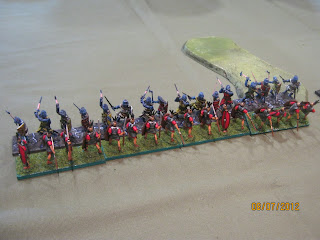 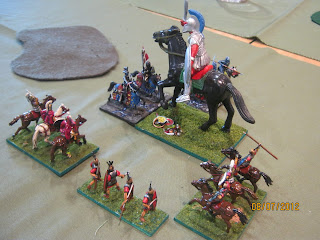 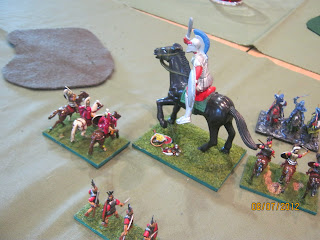 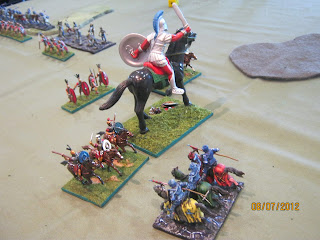