Another trot down to Comics on a lazy Sunday afternoon, this time to try out a revised list for the Regionals. 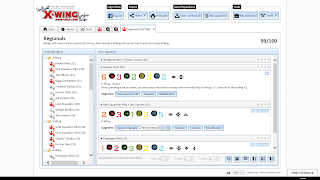 Anyroadup, thankfully Andrew was looking for a game when I arrived, so...away we went. 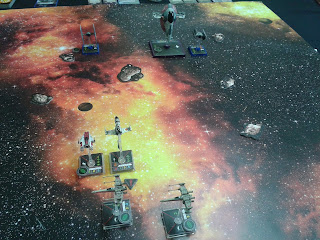 He was running an Academy Pilot, Boba Fett in Slave 1 with...oh what was it? A Gunner and...something that allowed the denial of an defence die if the shooter was outside the target's fire arc.

Oh, and Vader with Cluster Missiles.

So, rather than going head to head with his heavy hitters, I thought to try to get over to the other flank. 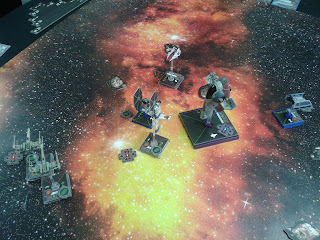 Which did kinda mean my own heavy hitters were looking the wrong way.  Those guns need to be pointed in the right direction to be effective...

And so the furball began. 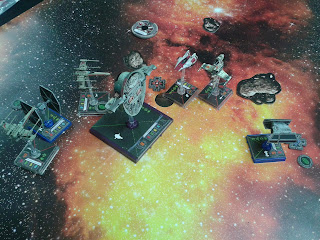 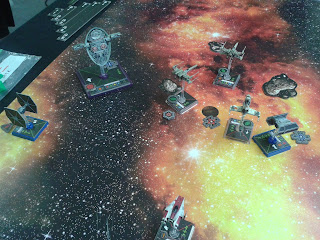 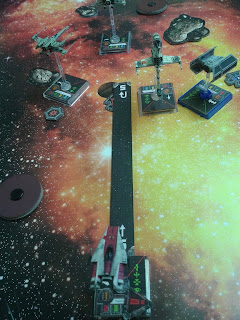 ...I'd forgotten that the A Wing had previously done a K Turn, and, as I had dialled another red manoeuvre... 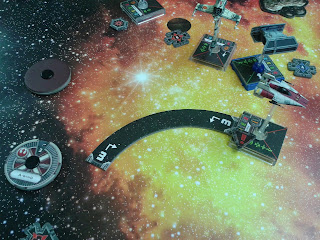 ...Andrew dialled a non red manoeuvre for me!

Still, the turn was not all bad. Not only did Vader keep running into my B Wing, which meant he couldn't shoot it, neither could he do any actions, but... 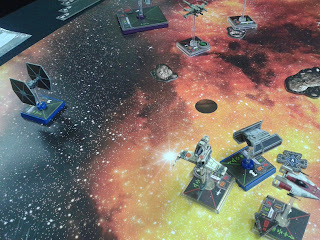 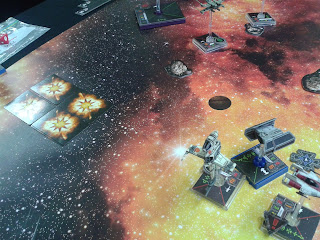 ...my B Wing, which I had equipped with an Ion Turret, managed to polish off the last hull point of the Academy Pilot. Or so we thought at the time. Upon further reflection, it didn't have a turret, but just ion cannons. Opps!

We kept circling around each other. 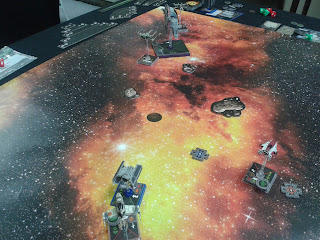 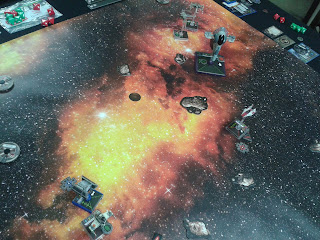 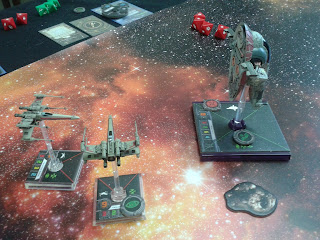 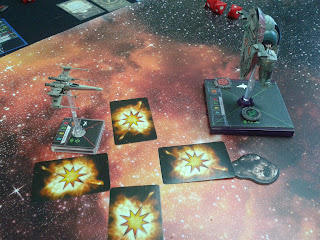 ...Boba was able to blow out his arse and blew Wedge to pieces. Even though I had saved that focus token to aide his defence. Note to self - when you've got one hit and two focus, use that focus!

The next turn Vader changed tactics... 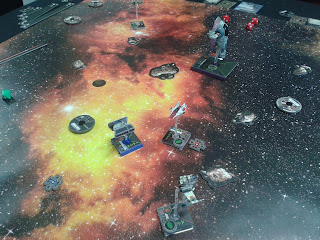 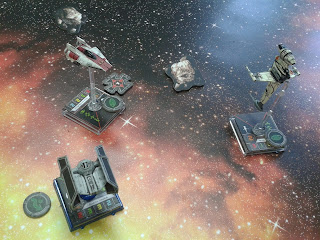 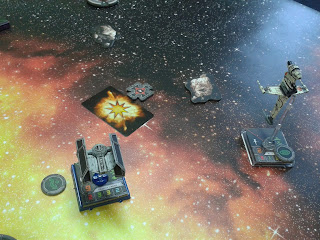 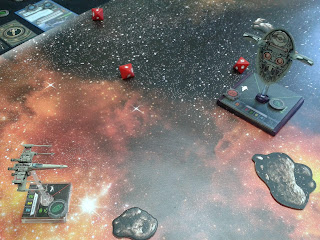 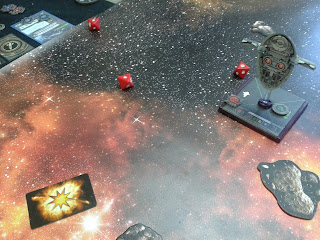 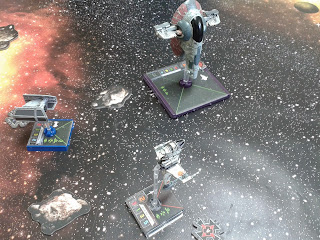 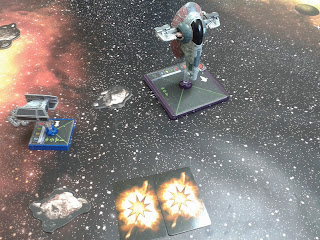 Hmm...I may need to rethink that list. Wedge goes way too quick to cost that much, I need to shoot more often with my X Wings...and I need a turret!

Thanks for the game Andrew,