Right, so so far, my new list isn't working so well. Let's try it on...something impossible!

Let me introduce to you Tim's uber list - Chewbacca flying the Falcon with R2 and C3PO flying alongside Lando in a YT-1300 with...some chick that allowed him to change a focus into an evade. Or something. An awesome combo anyway. Somehow any critical hits that Lando took could also be taken by Chewbacca instead, so long as the two stuck together.

So stick together they did. Right from the outset. 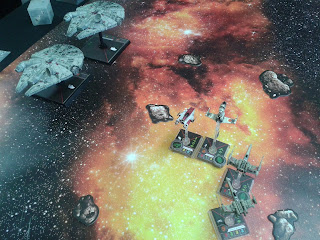 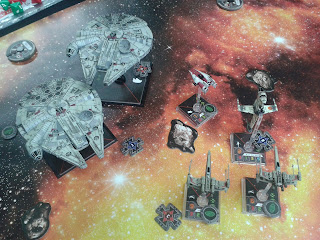 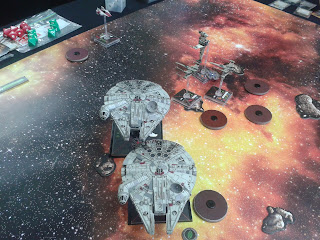 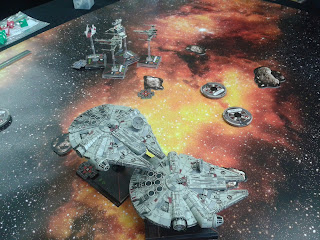 Actually, there isn't much to say in this battle report. The YTs flew slowly around the edge of the map, avoiding the asteroids, keeping together... 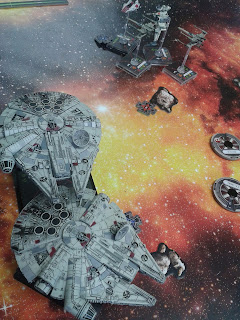 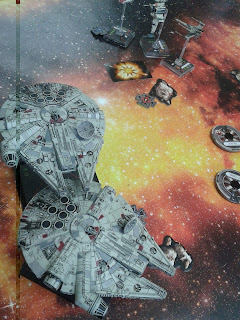 Opps, there goes Wedge. Again. I really need to keep him pointed at the enemy, stress or no stress. And off asteroids. 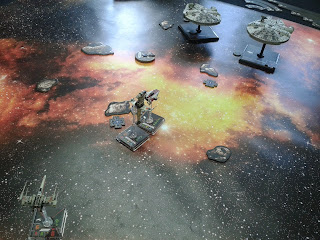 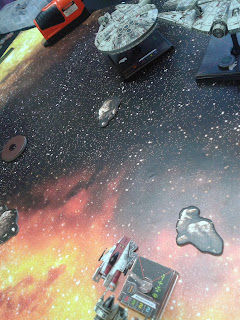 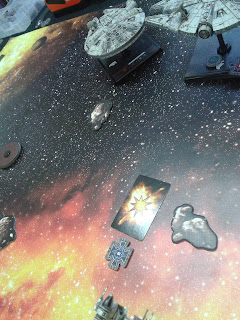 And there went the A Wing...which lasted longer than I thought it would. There's something to be said for three evade dice. 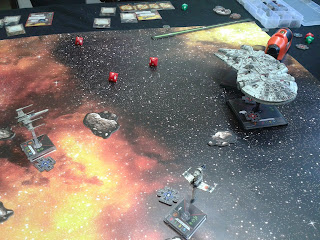 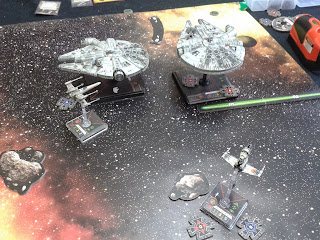 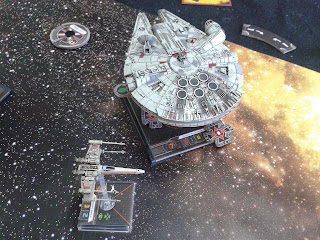 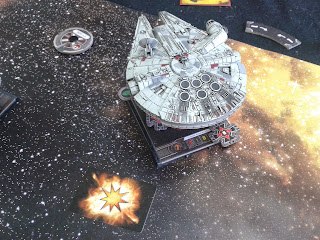 Boom! There goes Garven. Who, if memory serves, failed to pass any focus counters to anyone. Gotta keep him close to his mates.

Which just left the B Wing, who had no shields and was already shredding hull... 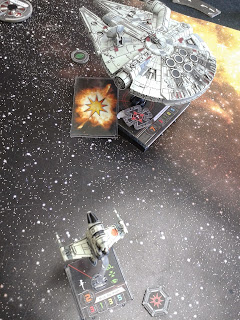 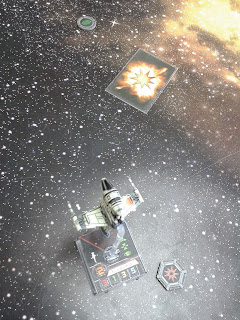 ...against a one shield (and growing, thanks to R2) Chewie.

Still, I had managed to take out one pseudo Falcon, so...it wasn't all bad. In fact, it was quite good in so far as I learnt, or was reminded, of a thing or two.

Thanks Tim, see you at the Regionals,