Well, after a complete toasting we had enough time for another game. Same forces, same set up, we just swapped sides.

I thought to concentrate my firepower against Vader. Seeing as Bruce had already set up... 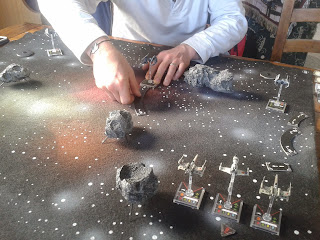 Alas and alak, I hadn't thought particularly carefully about it. Bruce was able to fly Vader in so that no one could shoot at him (you can't shoot at a ship you've collided with), while he zips those interceptors into my flank... 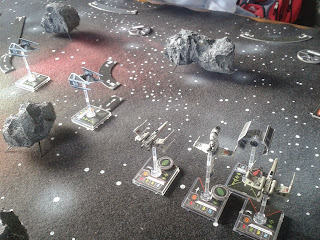 I try to turn to face...colliding Wedge into the B Wing to deny him actions, who himself is denied actions because he just K turned. Doh! 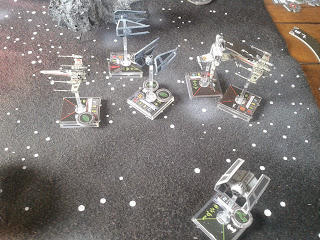 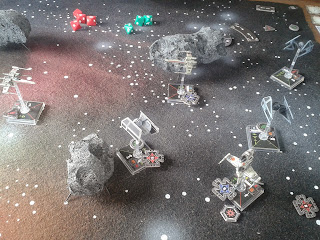 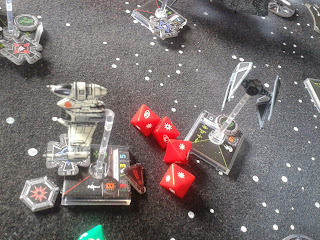 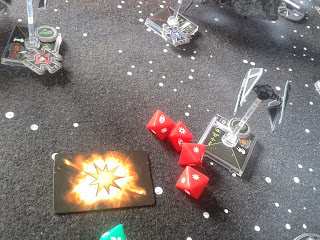 ...which Soontir then finishes off. With some prejudice!

Unfortunately I misjudged how close that asteroid was to Luke, who lands on it, denying him not only an action, but also a shot. 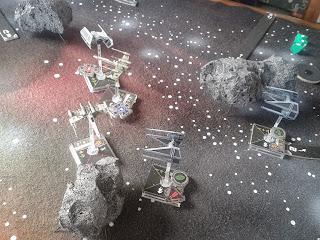 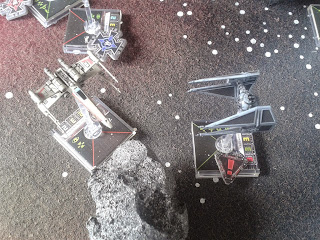 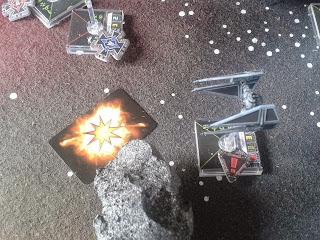 Double rats! Another one for Soontir. 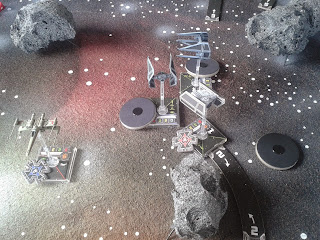 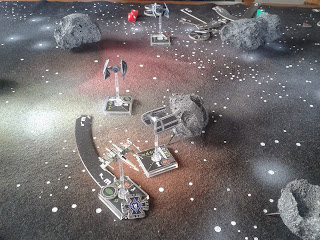 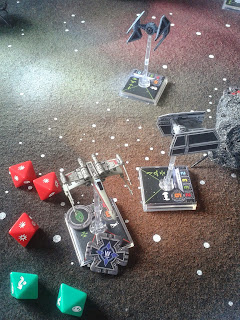 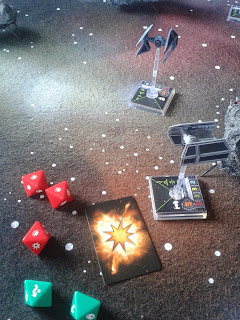 So there you go. Two games, two absolute drubbings! I really need more practice with fighters - the Falcon doesn't have to worry about this whole pointing in the right direction rubbish!