Y Wing for the Win!

For the last wee while Comics Compulsion Christchurch have been running casual X Wing games on a Sunday. Today was the first time I popped in hoping for a pick up game. I was almost too late. I rocked up at two o'clock to meet a small group heading out of the door after having just finished a couple of games. Thankfully Scott graciously agreed to unpack all of his gear to give me a bash. Thanks Scott!

He was playing two TIE Defenders (three die all round, thank you very much) each with Heavy Laser Cannons (four attack die, regardless of range) + Captain Jonus in his TIE Bomber. 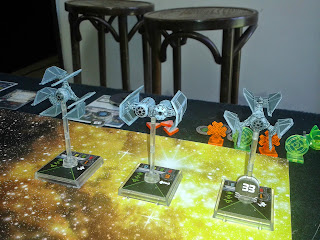 I was playing, well, this. 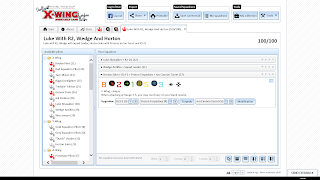 First time in a long time that I was playing with my Y Wing. 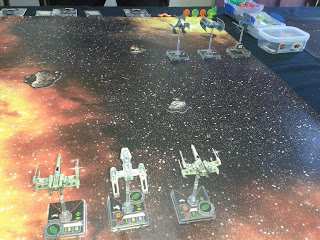 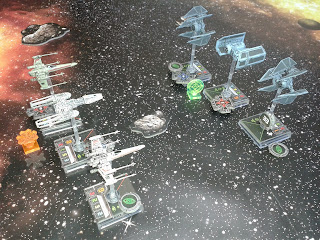 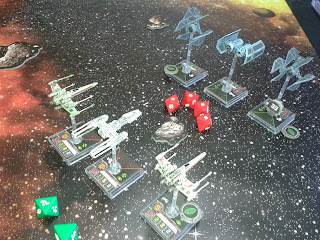 Can't ask much better than that from an Assault Missile! There go my three Y Wing shields. Still, I had stripped off some shields myself, so...'twas a fair exchange all round.

A bit of twirling and swirling later... 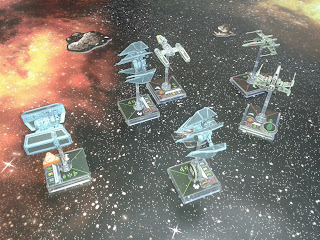 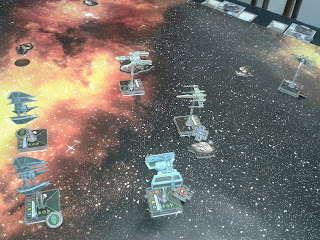 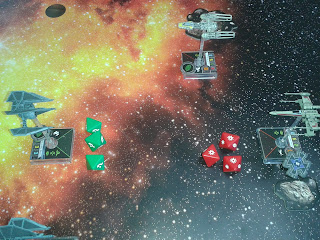 ...Luke gets a lucky shot! And then there were two!

And the Horton Salm manages to ionise Captain Jonus with his Ion Turret. Huzzah! 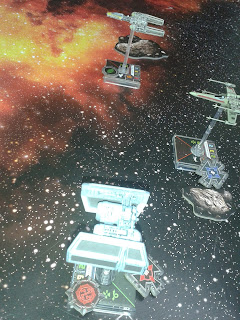 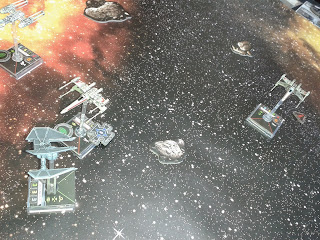 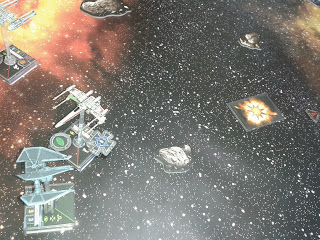 ...the shots were not all one way. Wedge promptly dies early in the game.

I'm sure he did that last time he was out at Comics!

And then there were two. On both sides.

Luke, having lost his shields takes a green manoeuvre so that R2D2 can work his magic to restore a shield, which sets him up nicely for... 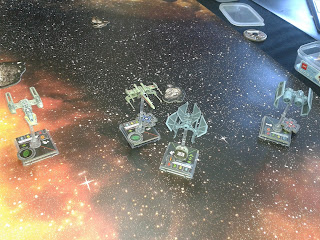 ...a completely ineffectual attack on the remaining Defender that was easily brushed aside!

Still, he wasn't the only one having a bad day! 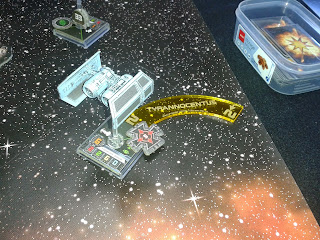 Captain Jonus takes a completely wrong turn and sends himself off the board!

But, since this was a friendly, I allow Scott to re-direct Jonus' turn in the other direction.

Which lined him up nicely for a Proton Torpedo attack from Horton. 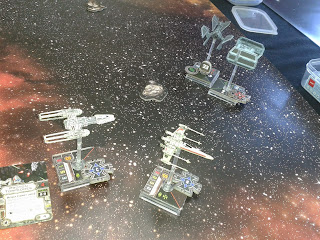 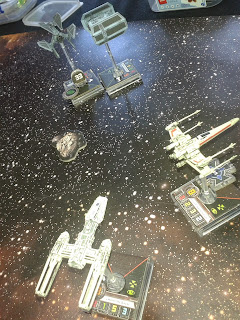 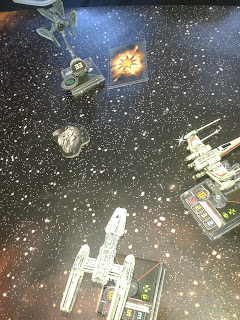 Boom! And then there was one.

Scott was expecting that I'd have Luke do another easy turn green manoeuvre to regain another shield, so moved in the Defender so that Luke'd collide with it, thus denying Luke an action.

I didn't. Thought I'd be sneaky and try to get Luke on the outside of the Defender. 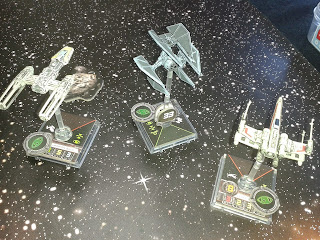 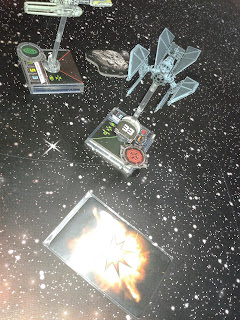 And then there was one. On both sides.

However, since the Defender was ionised, it couldn't turn round to attack Horton, so...in he goes with another ion attack!

And, since it worked so well last time... 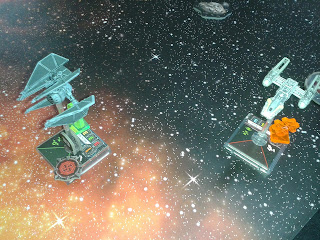 Which meant that all I had to do was line up a range one shot... 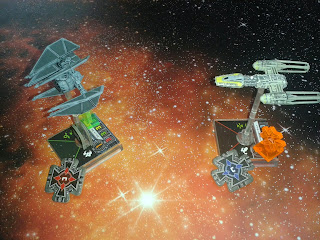 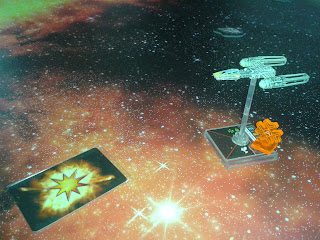 ...and boomshanka! That was the end of that!

Whoo hoo! Whodathunk an old bus like a Y Wing could take out a new fangled TIE Defender?!

Thanks for the great game Scott, it was mighty fine of you to stick round for it.