Just before I head off for a practice...tournie? Comp? Event-on-the-road-to-the-Regionals, I thought I'd better post this so that Andrew doesn't feel hard done by!

Following on from the previous game, Andrew swapped out his Interceptors for some named TIEs - Winged Gundark, Dark Curse and Night Beast. Cath was still carrying a load of bombs and such.

I rocked out my X Wings Can't Catch Us list. 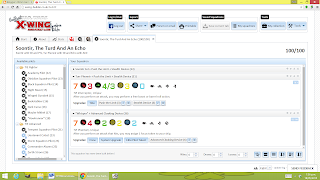 We set up, Andrew bunched his Ties, so I thought to take them out with Soontir, Turr and Whisper early in the engagement. 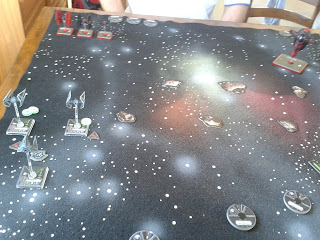 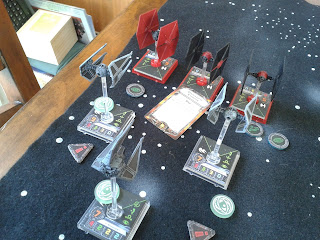 Oh, come on! That's 12 red dice against Winged Gundark, and I only rolled 4, maybe 5 hits! I mean, a crit went through, but come on!

Kath continues to mozzy on over. 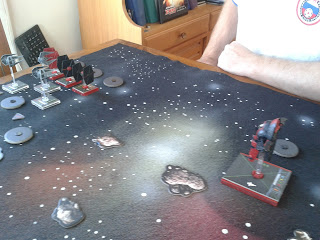 I try to fly the Interceptors out of the fray (and bump accordingly), while Whisper does a K turn.

It was at about this point where I realised that you don't stress Phantoms - they can't cloak after shooting. Opps! There goes her two shields. 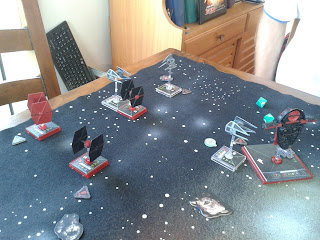 A bit of a furball develops, where only three of seven ships are actually pointing in the right way. 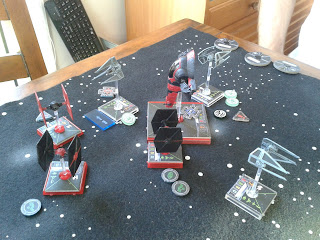 So one green manoeuvre from him ain't going to clear two stress'... 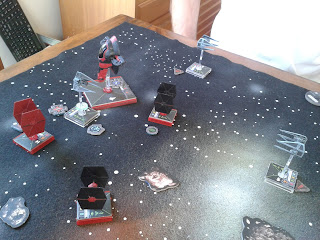 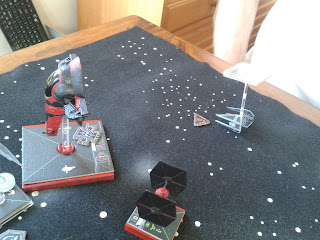 .,.to his his detriment. 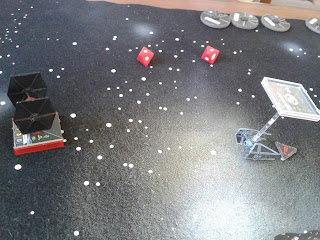 So now it was Whisper against the world!

Her case wasn't helped by...I want to say Winged Gundark...getting in the way not once... 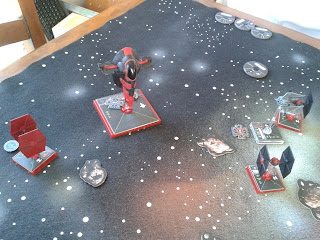 ...but twice, denying her an attack.

Thankfully everyone else was flying in the opposite direction! 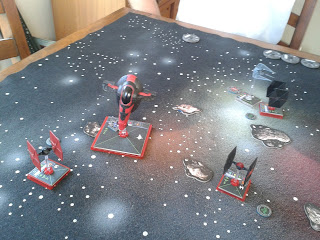 And Kath took a hit from the asteroid. 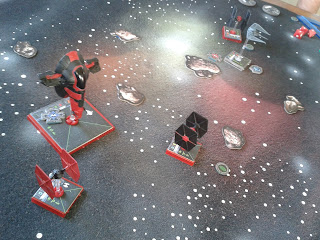 ...and I try to isolate WD before the rest come back into play. 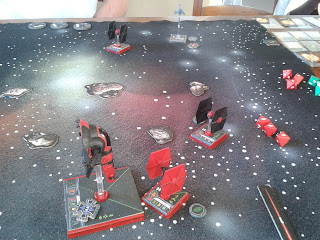 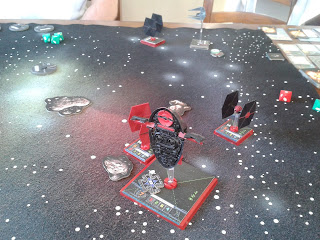 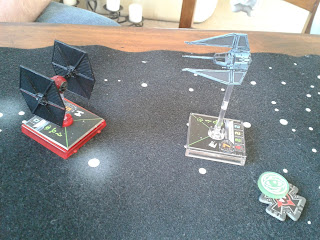 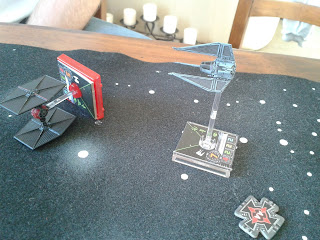 Alas and alak, Kath came back... 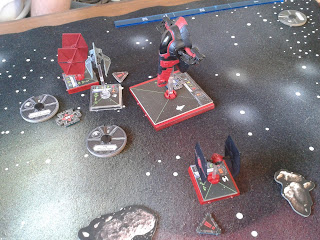 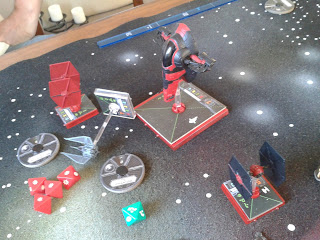 Now they were a couple of great games Andrew, good luck with this list for later today.

But not against me, I hope!