Road to the Regionals Game 2

Right, I had Han running for his life, sweet. Thought Wedge might do that. Now I was facing Jason and his Zed Swarm. And yes, the letter z is pronounced zed!

Man, that's a heap to get through with my three wee ships. I'd have to pop one a turn, and still somehow come out the end of it alive...somehow...

So, with some trepidation, we set out. I figured going head to head would be suicide, so thought to try to lure them into the rocks. 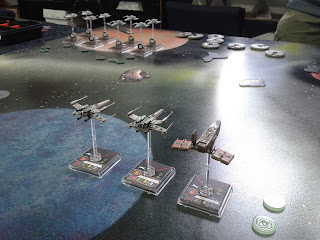 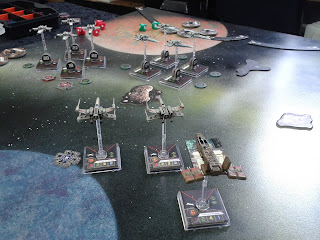 It kinda worked...'cept none of those Bandits ran into any of the 'roids.

And then my boys were in the midst of the fray. Literally.

It was about here when I realised I was on a hiding to nothing. My list kinda depends on being able to play actions each turn. So Jason cleverly ran his Zeds into my Rebs to deny them those very actions.

Somehow Wedge flew out of the fur ball, but Biggs and Kyle were firmly ensconced. 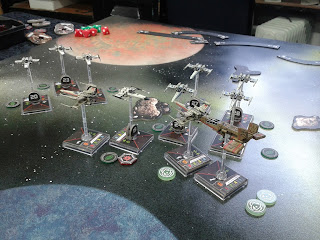 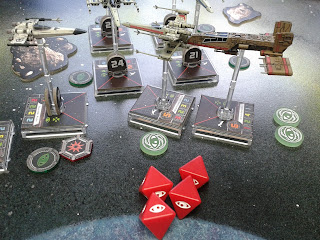 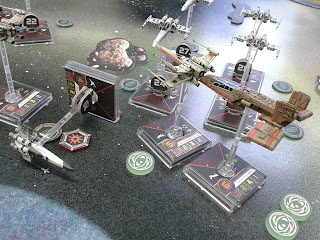 ...Biggs was at least able to take out a Tala.

(I'm pretty sure he had to spend that focus to do it though...)

Next turn, and the Big B, and his mate just couldn't fly out of the mess. 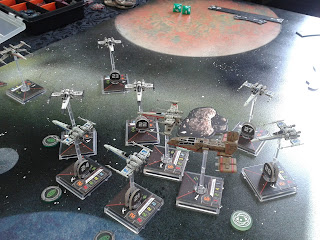 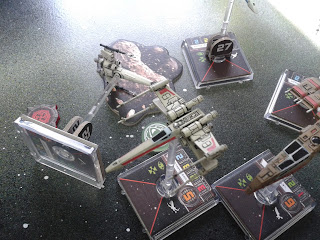 ...Kyle was able to finish off another Tala. 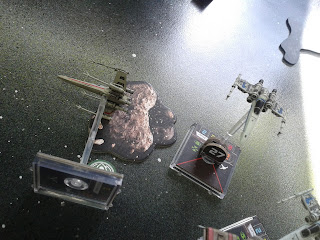 And it gets worse. 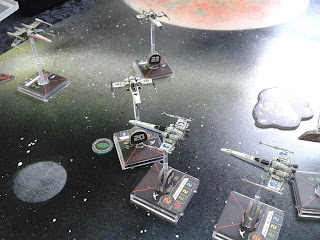 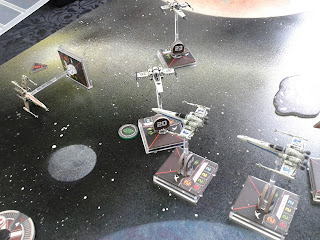 Which just left Kyle to fend for himself. 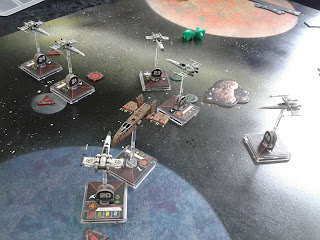 Which he was partially able to do... 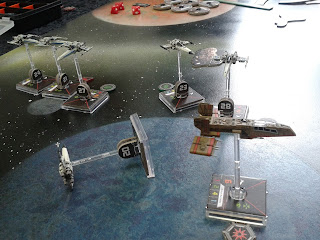 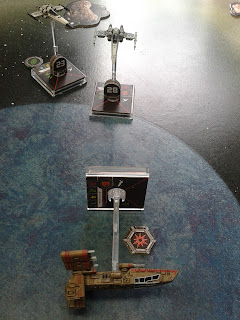 Swarms are just the thing for killing off my list - literally swarm my boys, they get no actions, and get brought down pretty quick.