Road to the Regionals, Game 4 - Vs. Darryl

So, it came down to this. Two less than glorious wins, one loss...and my second swarm for the day.

Well, at least it would be short...

I was facing Darryl with 7 Binarye Pirates, each sporting a Feedback Array.

Hmm, hadn't face those before, I wonder what they do...? 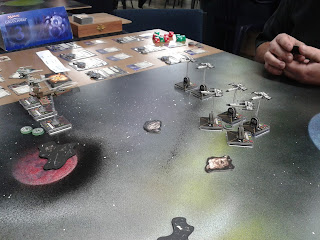 ...and Jason started to mob me.

Perhaps I should have held back a bit so as to accrue more focai. 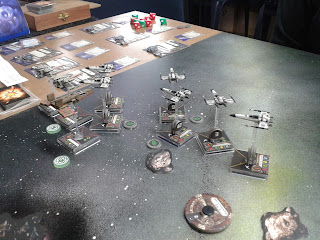 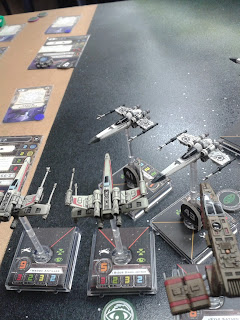 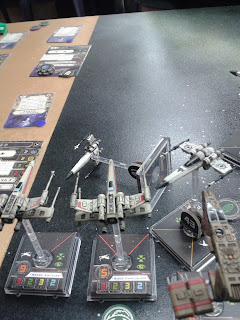 One down, a bazillion to go!

I try to dodge the gauntlet while still having my guns pointing in a useful direction. 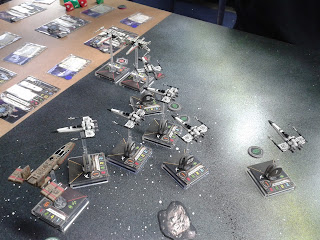 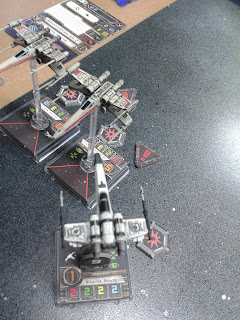 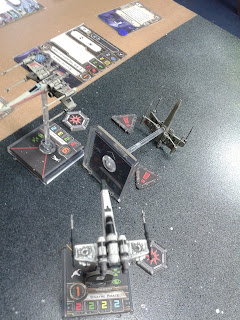 Yeah, that didn't really work for me. 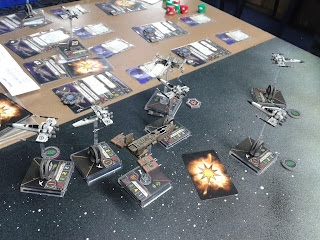 ...at least another Zed was splashed to the four winds, the body of which, nothing now but an intricate device of metal, went whirling to destruction. 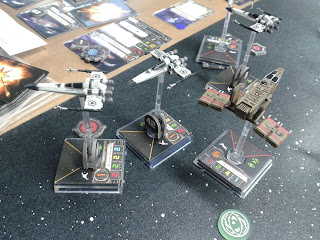 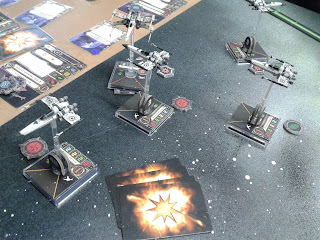 ...so too was Kyle, Feedback Arrayed out of existence.

So that's how that works.

Which just left Wedge, who, having already taken some heat... 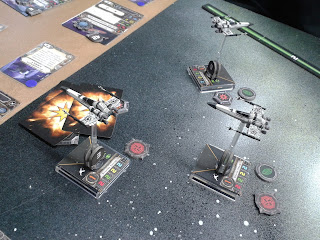 I came top...of the bottom third!

And a good time was had by all.

And thanks Chris for the Random [E-Wing] prize draw (! That makes two ships I won in random draws - the Hawk, and now an E! Sweet!),