This afternoon Andrew came round for a bit of X Wing fun. So to speak.

I broke out my 'Look after Wedge' list that I'm still trying out... 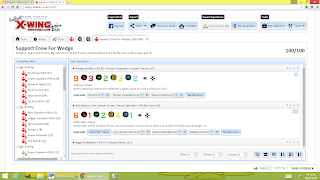 Anyhow, we set up, with Andrew spread out, and my three buds sticking together.

I immediately swing round to pick on the Tie I. 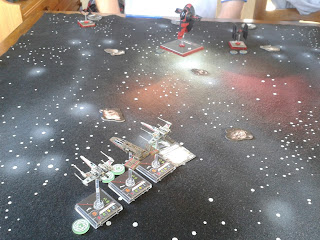 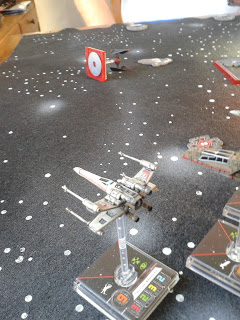 And pick on him I did. Well, Wedge did. With Proton Torpedoes.

So Kath swoops in, runs into Biggs... 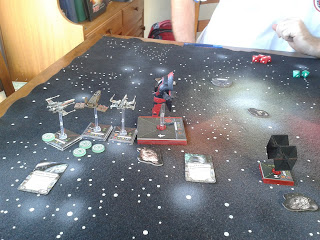 Still, Kyle was able to place an ion token on Kath.

Kath keeps coming, while Night Beast...thought the Rebs were doing something else! 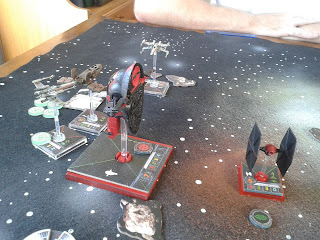 The big K flies south, leaving a proximity mine for Wedge to trigger. 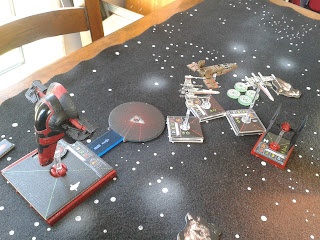 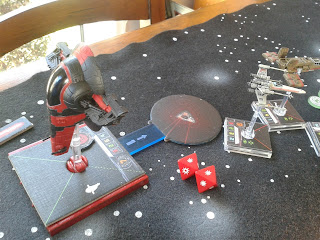 Which trigger he did. For two hull...leaving him with but one. 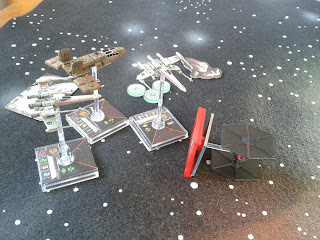 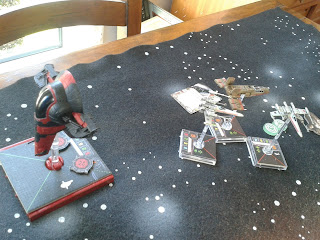 Which must have caught Biggs off guard...yeah that's it. That's why he threw blanks. Super nova. Yeah. That's it... 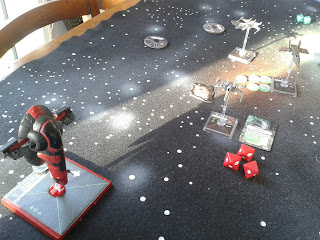 Anyhoo, Kath swings north...failing to get a bead on the big boys... 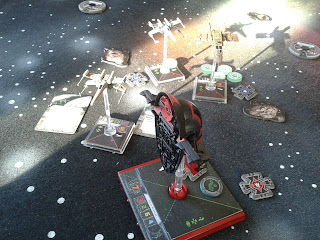 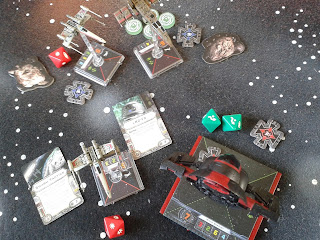 ...who manage to do absolutely squat!

Squat, I tells ya!

And with Kath only having two hull left. 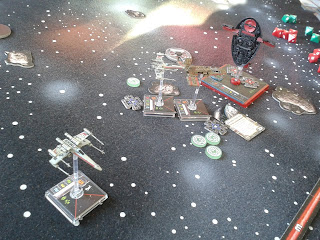 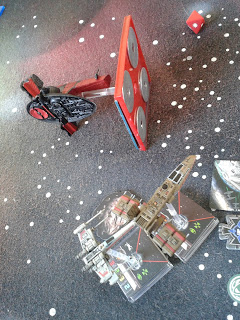 ...but Wedge ain't having none of that!

And a great game was had by all!

Thanks Andrew, I was sure I was going to be on a hiding to nothing. Perhaps my list does work!