Road to the Regionals Game 3

Right, one win, one loss, I wonder what this game might bring.

Here I was going up against Terrence (jolly nice chap, as were they all) and his two Phantoms (Echo and Whisper, both fairly fully loaded out with...stuff...) and Dark Curse. Curse him.

So, knowing that going head to head with the Phantoms wouldn't end well, I thought to try to lure him through the 'roids. 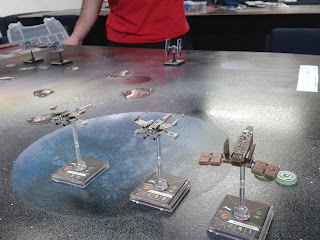 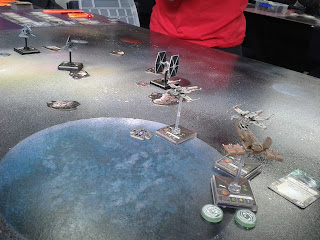 DC gets a little close to Kyle... 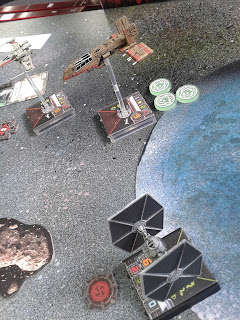 ...so Kyle tells him to back off. With an Ion Token.

The Phantoms arrive behind me, so I turn the Xs around. 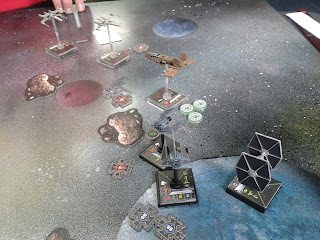 I don't know how Kyle survived that!

I throttle back the boys, whisk Kyle 'round the corner...and Terrence K Turns one of his Phantoms! You don't see that very often. If only Kyle was in range! 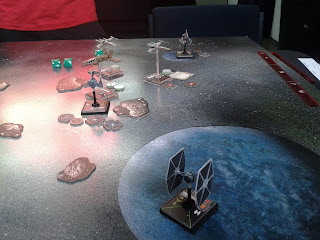 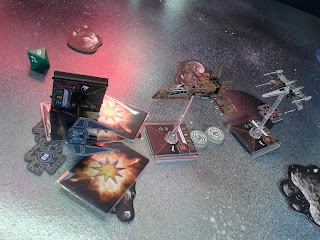 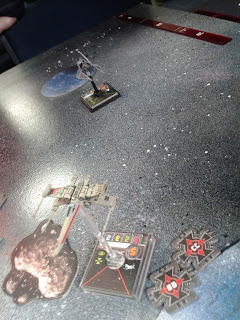 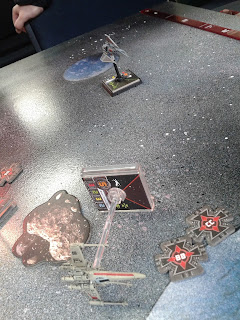 And that was the end of that! Time was called (I'm sure we were done in that respect!), and, since Whisper cost more that Biggs, I won. Modifiedly.

And it's nice to see some X Wings having some success!

Thanks Terrence, that was a great game, lots of fun.