Last night Bruce, whose daughter I taught last year, and who has taught my own children at high school came round for his first bona fide miniatures wargame. He was keen on something mythological, so I brought out HOTT. Specifically my Early Imperial Romans vs. my Skellies. 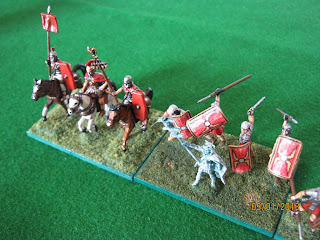 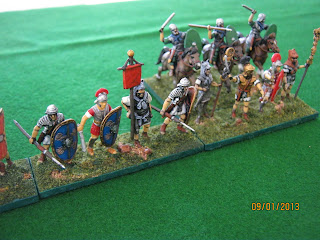 I set up before he arrived thinking that he'd take the Romans. He arrived and immediately chose the Skellies, repleat with my latest addition/alteration to this army, an Aerial Hero (the Bone Dragon with a rider. In fact, the riders just sitting on it, so I can remove it should I want a dragon. But after tonight...) 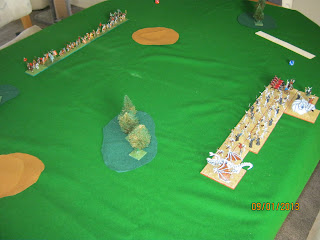 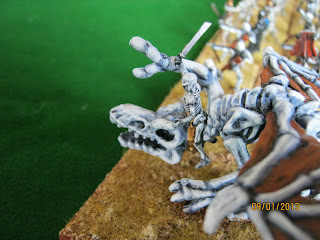 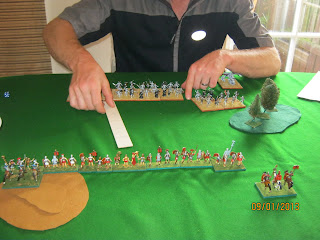 Mars hisself arrived on the scene, did some pushing and shoving... 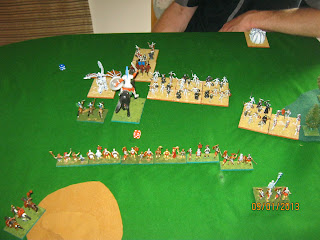 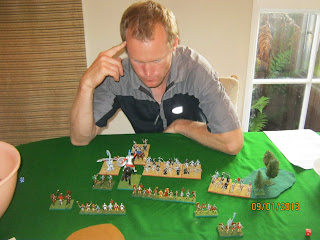 ...and then beggered off without killing a thing! 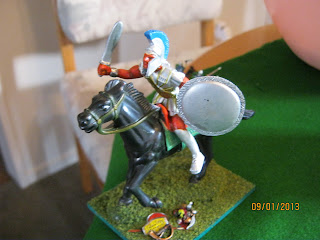 (I really do need a more arable/dry/summer-grass-looking battle mat. Still, this was dirt cheap, and covers my 9 foot by 5 foot table tennis table, so...) 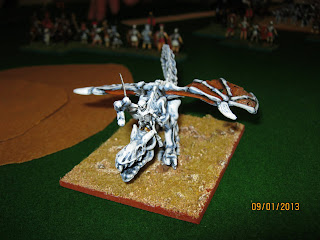 It soon started to wreak havoc! 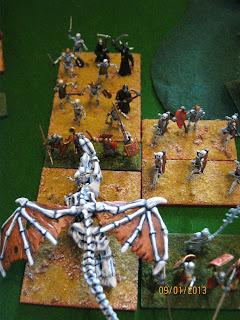 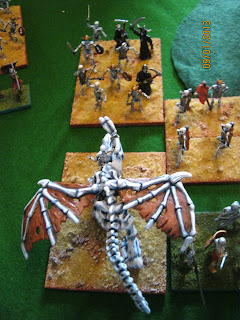 In the meantime I tried to advance in the centre... 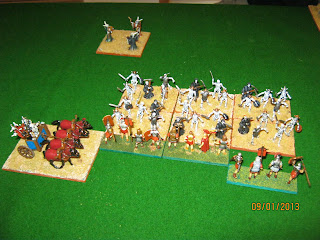 ...and pulling out my own hero from Bruces. Heroes are quick killed by heroes (and both are destroyed on a draw) so I figured it could do better work where it'd have better odds! 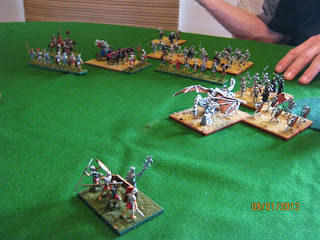 Note in the background my Rider General that I brought up behind his Knight chariot in an effort to unleash the explosive buttocks of death! (Denying him room to recoil, should such a result, well, result.)

Bruce promptly did the same to my end Blade element. 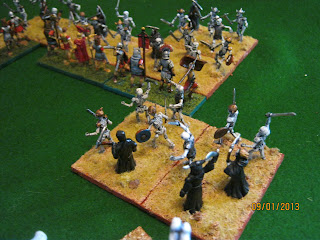 In either case, it didn't work! 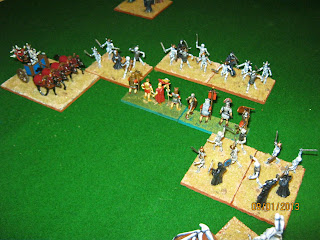 So I charge my General into the his Knight, supported by Legionaries. Praetorians, in point of fact. 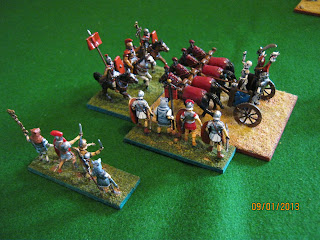 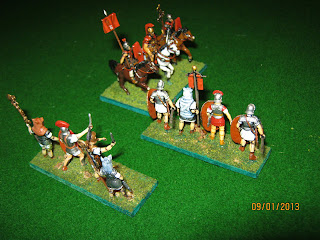 Concurrently, my centre Blades had dispatched those two pesky centre-of-the-field-hogging Hordes, so Bruce sends that nasty Aerial Hero up behind one of these said Blades, forcing it to turn to face without the support of it's mate. 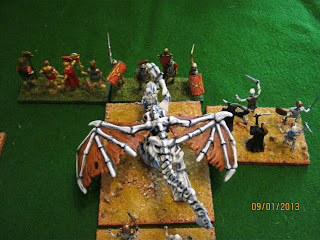 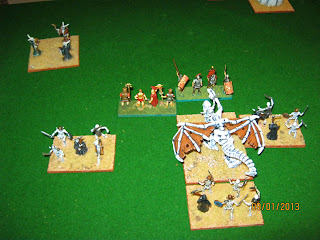 Next bound I redress my lines and send forth my general to threaten his Magician General. 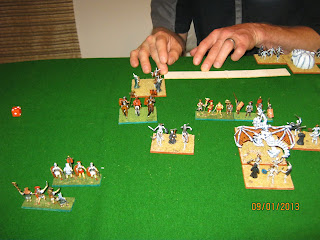 My subsequent bound, after another unsuccessful attempt at my Legionaries, I close the door, so to speak on mister threatening there. 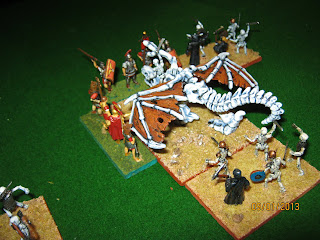 All for a Stand result (a tie). Still, at least I got into contact with his General, and managed to push him back. 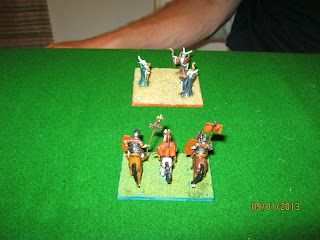 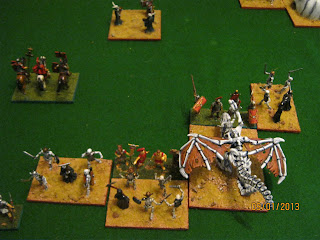 ...and finally dispatches the Legionaries facing his Hero. 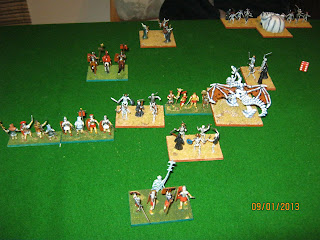 Those Aerial Heroes are, I think, worth the points...