Last night Bruce came round again for another taste of miniatures wargaming, this time the Star Wars X Wing Miniatures game. He and I played a number of games (if memory serves we were mostly on par...mostly...), and then Matthew joined us, he and I taking a Tie Fighter each against Bruce's X Wing. I got done in fairly short order!

Anyway, since I've got a scenario based Spearhead game round at Robin's this afternoon, I bailed out to go over the map while Matthew and Bruce, Bruce's ex [high school] student and Matthew's ex [high school] teacher, had a game together... 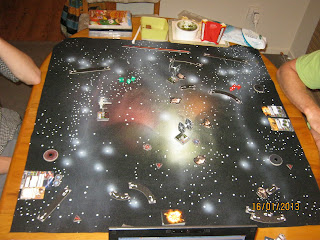 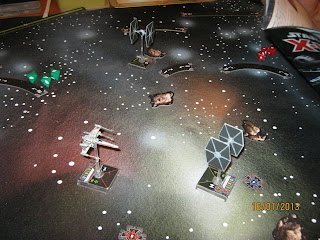 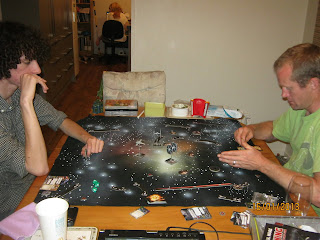 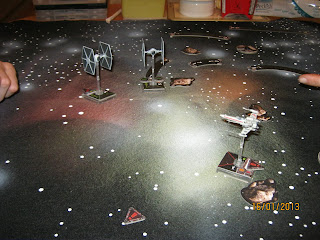 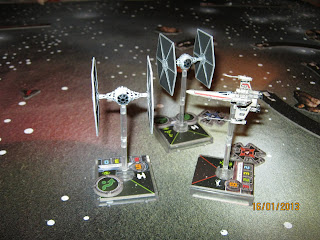 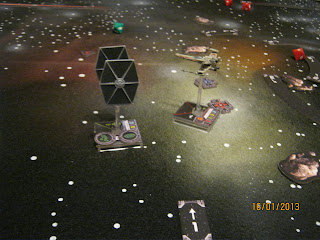 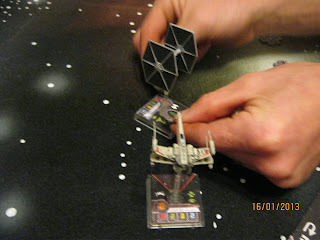 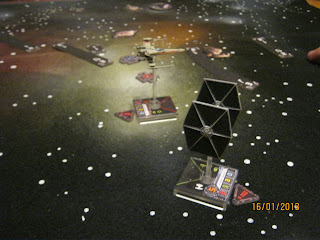 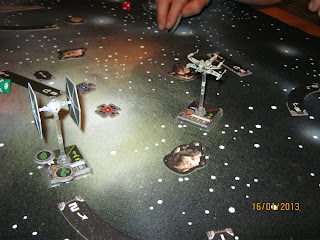 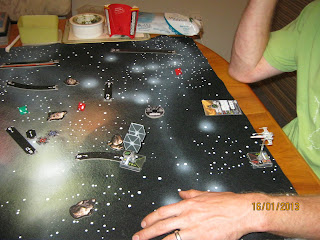 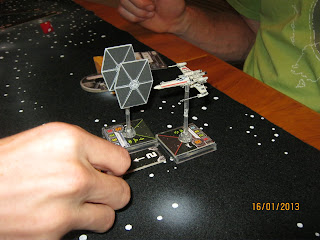 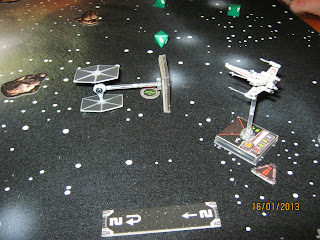 Matt eventually won after a lot of good old fashioned space dogfighting. And a good time was had by all!

I think need some explosion markers for cinematic effect.