Another lunchtime, another DBA 3 game. Sweet!

This afternoon Stan popped around again in his lunchtime for another our second 3.0 game.

This time I took Early Germans, II/47d Other Batavian or Cherusci...

As I was the aggressor (again), Stan laid out the terrain (again). Two patches of [non rough] fields (first PIP was not a 1, so the fields were not rough going, bother it), a hamlet and a gentle hill. 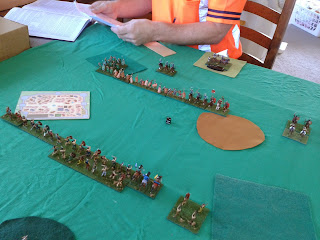 My first bound, and...away we go! Being able to deploy forward, and having longer move distances, meant we came real close, real fast. 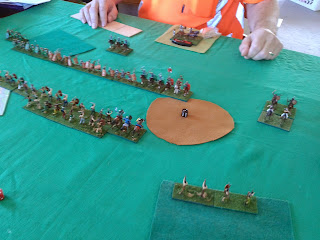 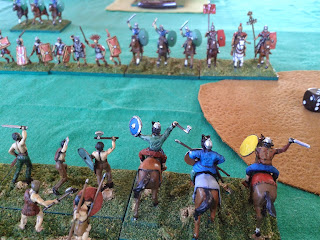 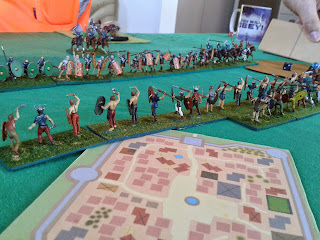 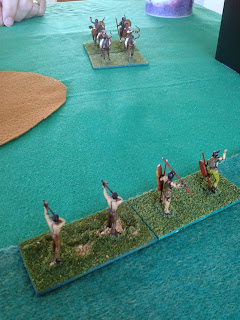 Anyway, bound 3, and Stan rolls right in. Seeing as I was disadvantaged by reduced flanks due to double ranking my centre. 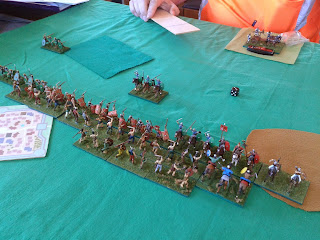 Second combat (the first pushing my Wb back into the Hamlet - Blades now follow up...), and, well... 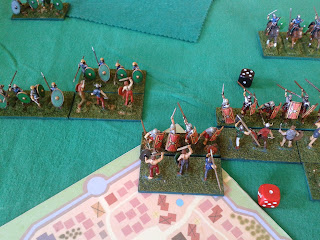 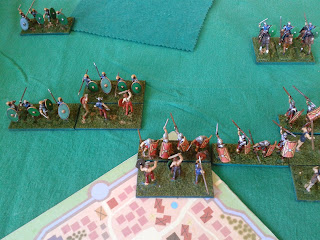 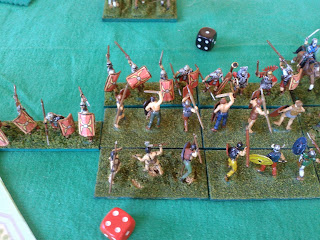 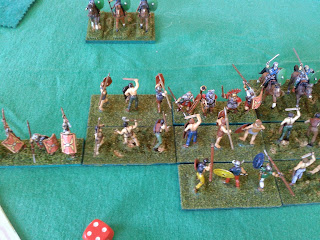 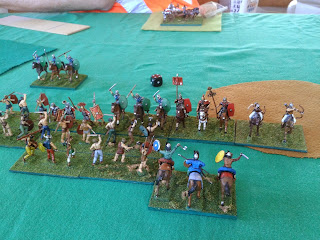 Next bound, and we got ready to keep on slogging it out in the centre. 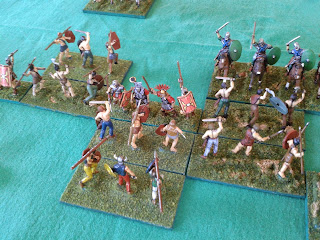 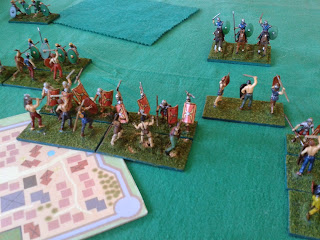 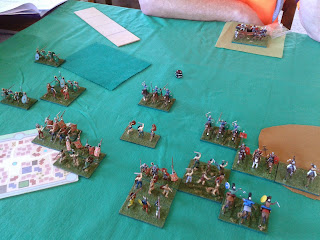 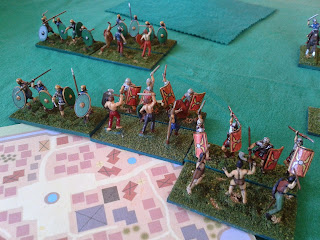 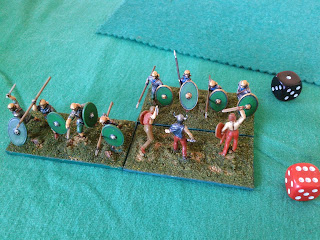 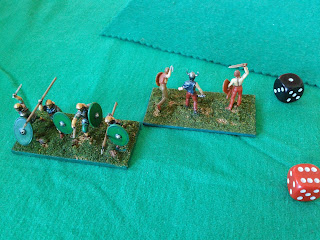 Then, moving the combats from my left to right... 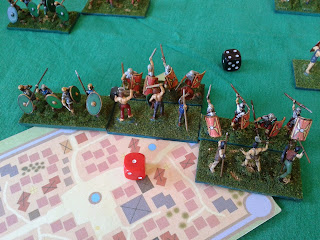 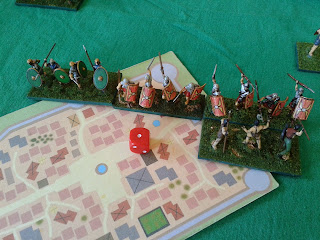 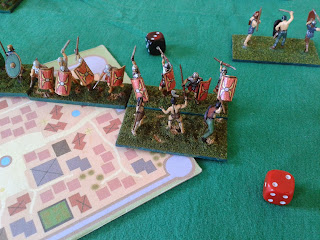 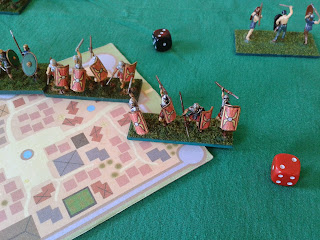 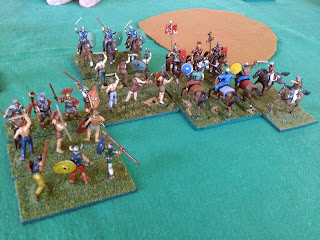 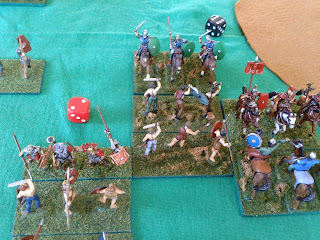 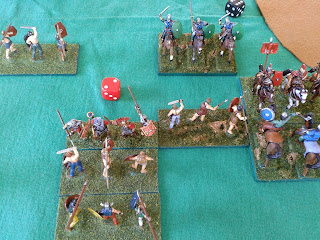 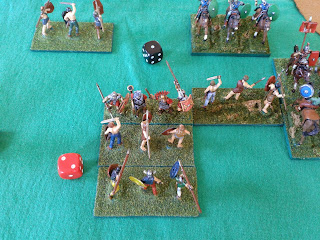 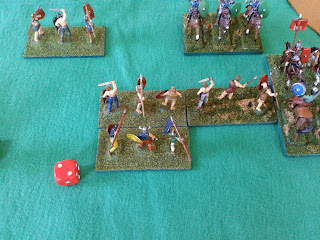 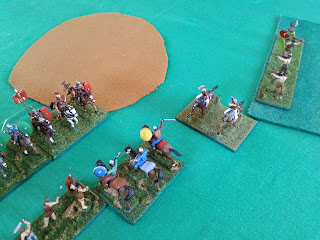 Still, another quick, fun game, and in the end, 'twas closer than it seemed. 4:3 to the Romans.

I quite like the way the Blades now follow up. Gives them a more dynamic, less static feel. They aren't trying to keep a shield wall, after all.

Thanks again Stan, and I'm already looking forward to our next bash on Monday.