Seeing as how the Vindicator was so thoroughly vindicated yesterday, I thought to try again. This time mixing it up a little. 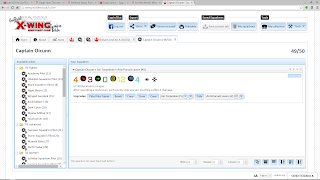 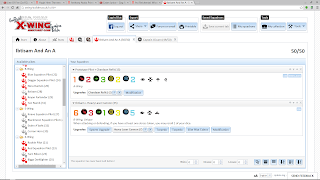 So, again, I threw down the mat, threw down some asteroids, and threw myself up against...myself.

First moves, and I at least managed to get the Prototype Pilot pointing in the right direction. 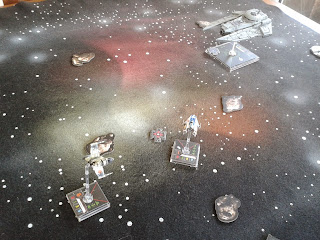 Second turn, and now the B Wing got into the action. A little two close to the action, actually. It managed to strip the remaining three shields from the Vindicator, losing one in return.

Trouble was, at that rate, the Vindicator would still well outlast it's opposition...(me!) 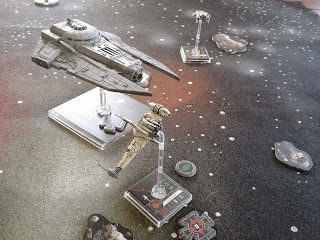 Next turn, and Captain Omicron...oh, Oicunn, rolled into Ibtisam, taking down a shield automatically, before the Big I could even move. 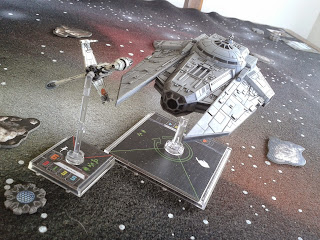 But move he did. Taking a stress, lest he needed to re-roll his evade die from the 4 die attack that was coming his way... 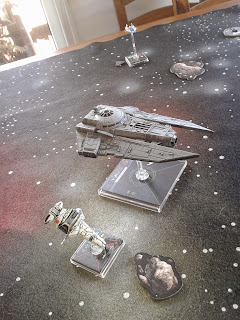 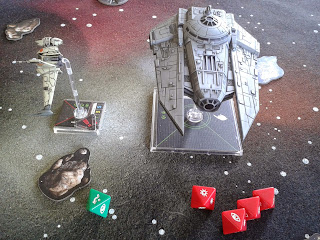 In the meantime, the A Wing sniped away, taking down two hull, inspite of the shot being at Range 3 and through an asteroid. (Now there's something you don't see every day - a Vindicator rolling two evade die!) 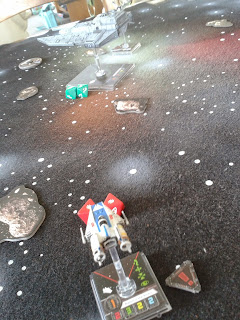 Next turn, and the jolly B Wing's pointing the wrong way! 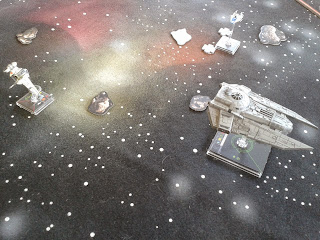 ...even though the A Wing was taking hits... 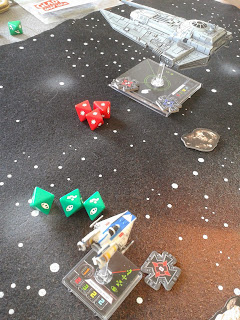 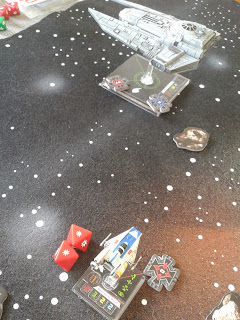 ...it was still able to dish out more than it got. 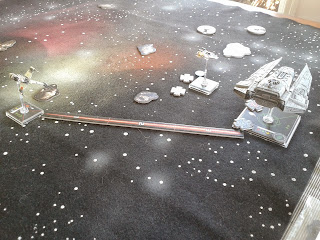 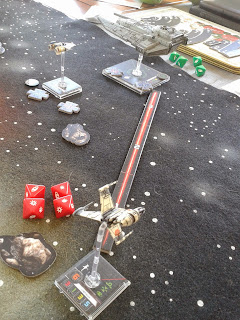 ...and scores three hits with his HLCs. 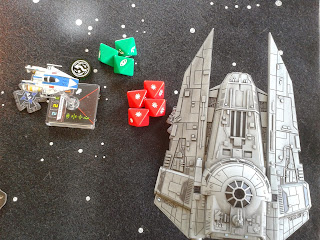 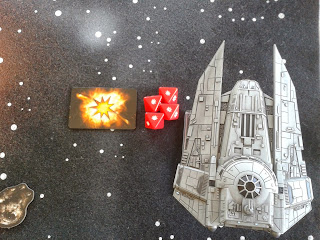 ...the Prototype pilot flew a little too close.

At this point of the game the Vindicator had taken four + seven hits... 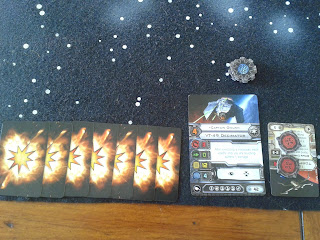 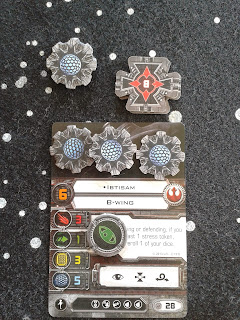 ...while the B Wing had taken two.

Then my son Matthew joined in. Half asleep as he was (hey, it was only mid afternoon after all!), he really didn't think through the Vindicator's move very well. 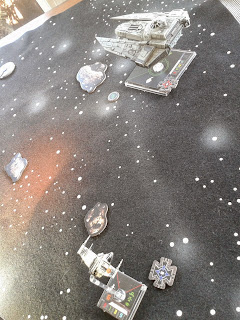 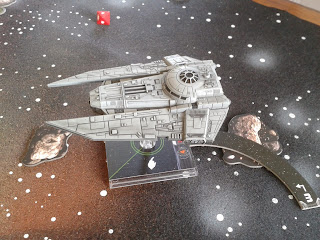 Not very well at all.

Which allowed Ibtisam to catch up a touch... 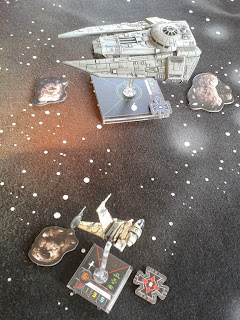 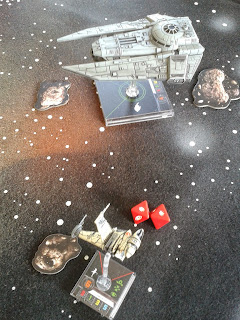 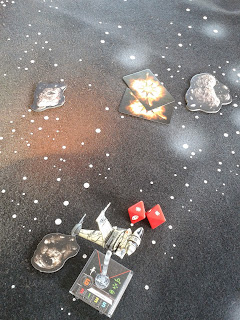 Cool wee game this one. See, with a bit of luck, some co-ordinated action, and someone half asleep at the wheel, this thing can be taken down!

Post script - I got the B Wing at this cool angle by gently twisting the peg. As I was putting it away...it fell off!!
Posted by Nick Grant at 16:45