Well, first day of the school holidays, first game for the break. I thought to try out a couple of my new toys. The Decimator, and the second A Wing. 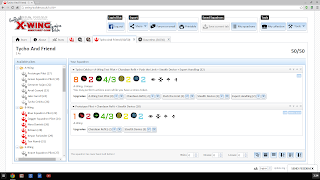 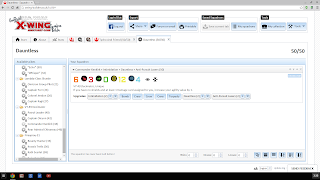 ...plonked down the mat and away I went. Solo, like. Not to be confused with like Solo.

I thought I'd try to fool myself by flying the Decimator through the asteroids, while I flew Tycho in, and the Prototype Pilot around. 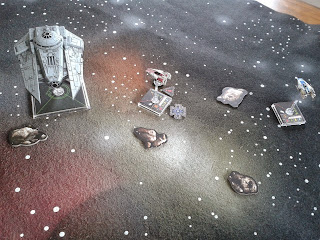 First shots. Man, the Decimator was on fire! (Not literally, you understand...)

And I forgot to roll the other die for a Range 1 shot. Thankfully, I rolled three evade, thanks to Tycho's Stealth Device. 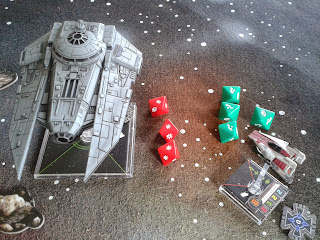 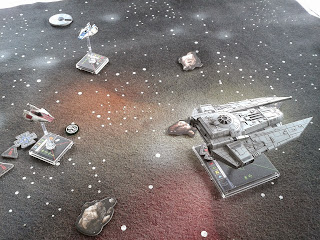 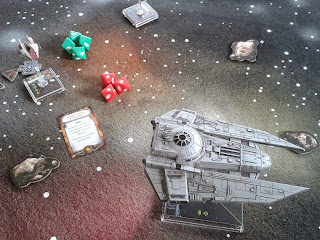 ...and another devastating volley from the Decimator, which Tycho failed to evade.

That's just not sposed to happen! The whole idea of sending these little gnats up against this behemoth was that the gnats were sposed to be hard to swat! 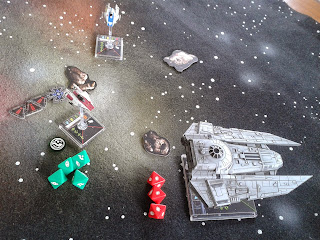 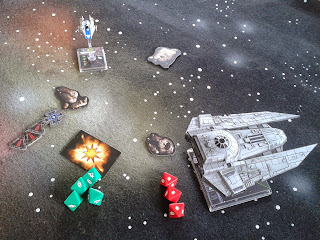 (And that even with the extra die from the now defunct Stealth Device. Opps!)

Which just left one A Wing up against the mighty titan... 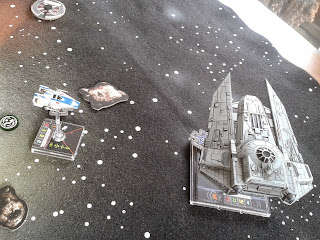 First shot of the game, and... 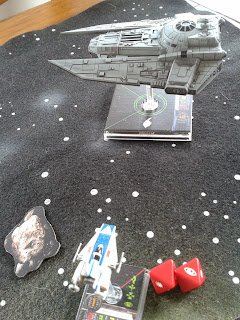 To add insult to injury, I try to fly past the Vindicator, but was too far out. 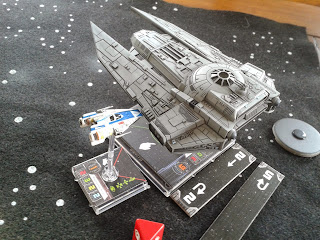 Unfortunately for me, the Dauntless' Anti Pursuit Lasers were ineffectual.

And so, the Dauntless starts to outfly the A Wing... 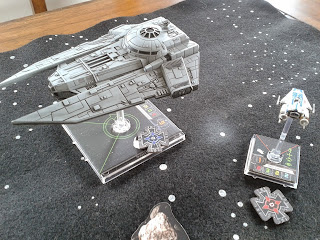 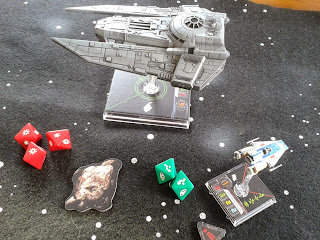 ...and dish out effective fire as it goes past.

Did I mention the the Vindicator's dice were hot? 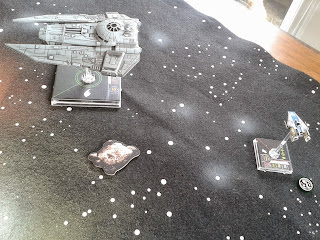 ...another missed opportunity to fire from the A Wing. Which is silly, really, considering I was flying both!!

Finally, the A Wing's caught up! 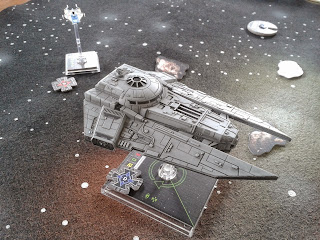 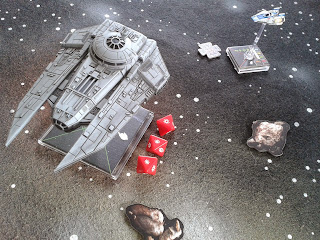 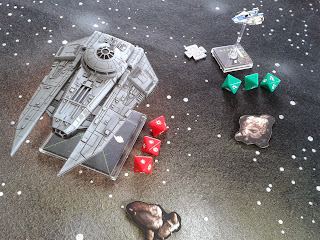 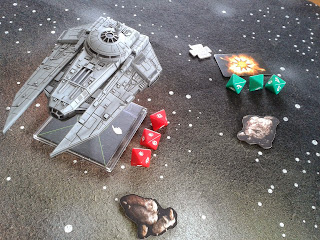 I bet it wished it hadn't!!

And that was the end of that. Collectively, the A Wings received, well, more hits than they could handle...'bout 10, I think...while the Vindicator only got 5 hits in return.