Well, after a splendid game with Andrew, Tim then offered me a game. The 2014-New-Zealand-X-Wing-Miniatures-Game-champion Tim. He of the exclusive red measuring sticks fame!

I used the same list as last time, Tim rocked out a Fat Han (fully loaded up with C3PO and...all sorts of other stuff that I can't remember, all on an extra tall stand) along with Jan...somebody in a HWK. She could gather up focuses and dish them out, along with giving Han an extra attack die when she was within range 3. Oh, and she carried a blaster turret. Can't forget the blaster turret...

Anyway, we set up the board using these nifty asteroids - based on tourney legal templates, lest there be any confusion - and away we went. 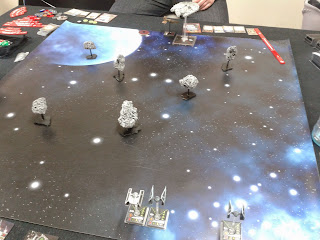 I thought that there was no point in hanging around, so ran up the boys quick smart.

First round and we were at Range 3 to exchange shots. 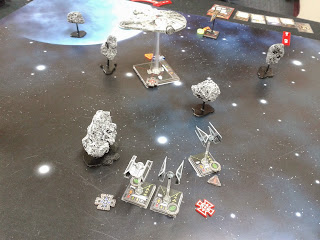 Round two, and the Falcon's shields were stripped...and Soontir had evaded seven hits! Seven of the blighters! That Stealth Device and Push-the-Limit-allowing-an-evade-and-two-foci combination was working a charm, I tells ya! 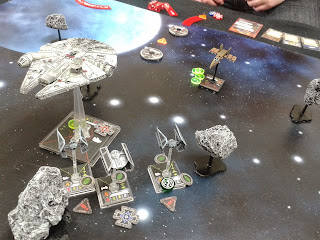 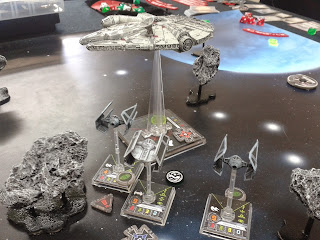 Round three and the Emperor made a critical error, and the time for Jan's attack had come.

I K Turn the Sabre pilot past the Falcon, denying me actions. Jan dials up her Blaster Turret, and, well... 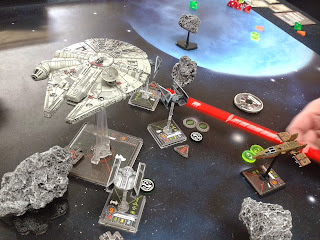 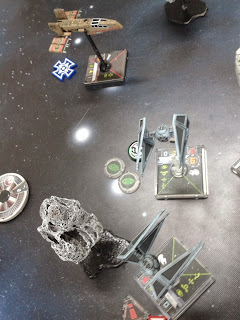 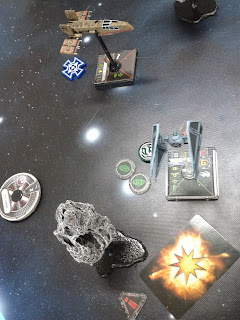 Soontir and Vader split up and round some rocks. 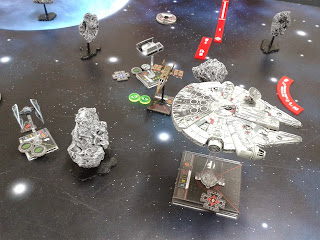 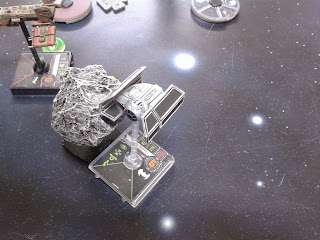 Once again, Vader misjudges. Just when the Falcon was ripe for a Cluster Missile strike, Vader can't do a darn thing but watch Han sail right by...arghh! 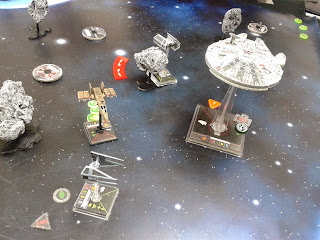 But at least I'll get me a missile strike on Jan. 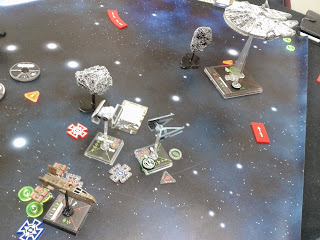 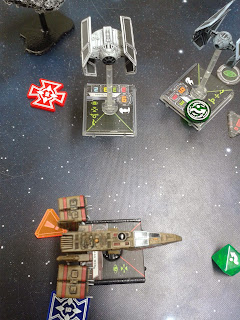 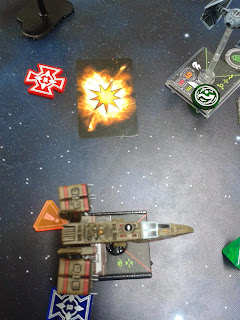 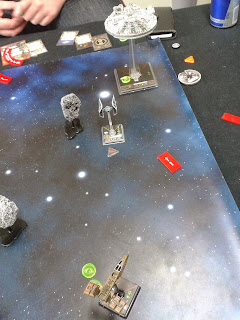 Alas, I flew a few millimetres too far to clear a stress, and so the Falcon was juuuuusst out of my firing arc. 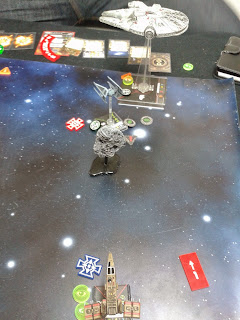 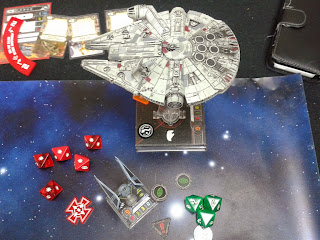 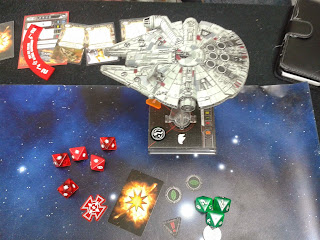 Unfortunately, Soontir was not out of Han's arc, neither was Han devoid of Jan's assistance.

Still, it was another great game. This is why I love X Wing - I had a blast even though I lost!

Thanks for the game Tim, and you know those translucent dice of mine...?