Another lunchtime, another DBA game. I could get used to this!

Yesterday, Young Stan popped round during his lunch break for another DBA 3.0 game. This time he took my partially painted Marian Romans...
...and I brang out my completely unpainted, and untried, army of Mithradates...
Again, I was the aggressor, so Stan laid down a hamlet, a gentle hill and a couple of ploughed fields, that turned out to be rough going (first PIP die roll was a 1). Slowed down movement for mounted and heavy foot, but otherwise no effect.
We were using Zombie Flux cards as camps. I must get round to making some camps...or, in the case of the Romans, getting their camp elements out...
Anyway, seeing as I wanted/needed to double rank my phalangites, my line was really short, so I tried to refuse my open flank, hoping to get my heavy infantry to grips with his, before my eastern flank was rolled up. (I was on the north side of my kitchen table, facing south.) 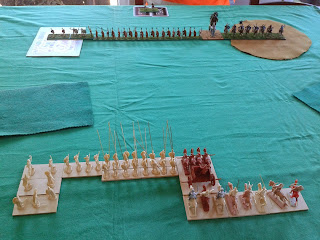 Stan starts to wheel forward, and I try to get my lads up as far as they can go before getting caught. 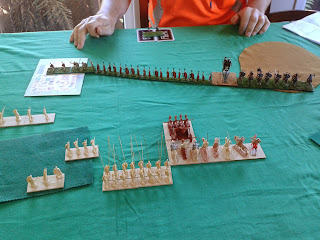 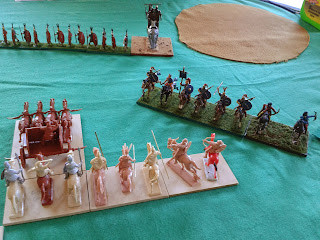 Boom! Good, my first catch of the day. I've never used a scythed chariot before, I wonder how it'll work. Seeing as how it's double overlapped and all... 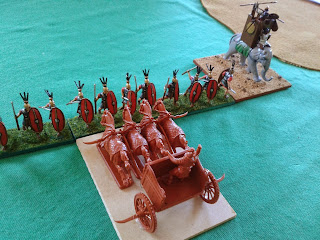 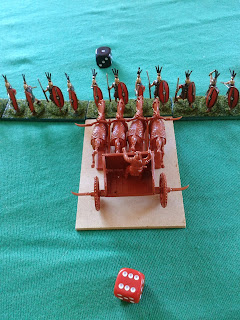 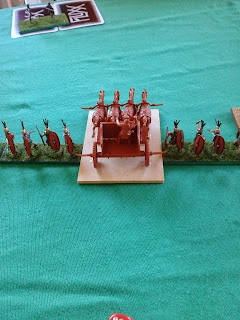 Mind you, a roll of 6 to 1 often does it, no matter the situation! 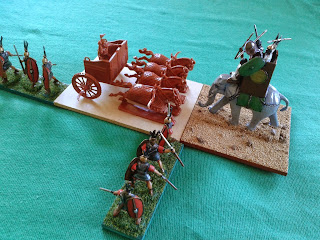 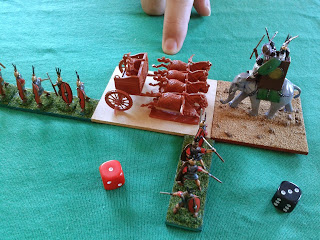 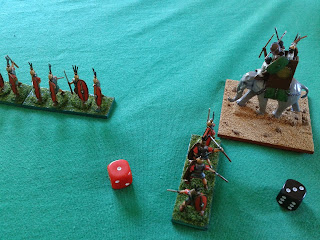 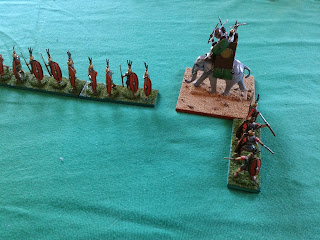 ...unfortunately, 1s can afflict us all!

Still, a lost scythed chariot does not count as a lost element, so...one down, but then again, not..?

And then the expected cavalry clash. Though it turned out to be more of a match up than I thought, now that the elephant was otherwise engaged. 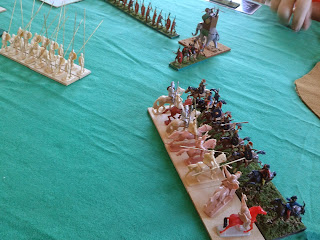 Knight in first, causing a recoil. Jolly good. Now for the generals. 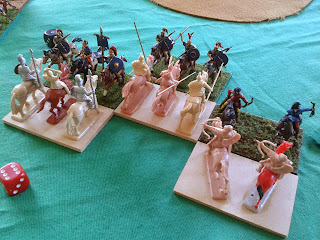 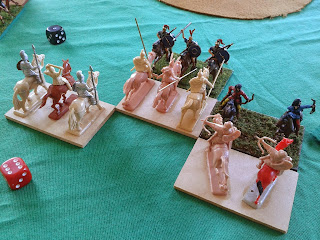 My pikes got nowhere near the action.

Seeing as how this was over in a blink of an eye (albeit a very slow blink), we rolled again, I was the aggressor, again, Stan kept the same terrain, and deployment, I thought to try something clever with my scythed chariot and away we went again. 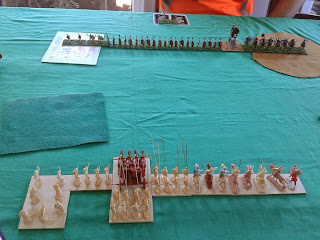 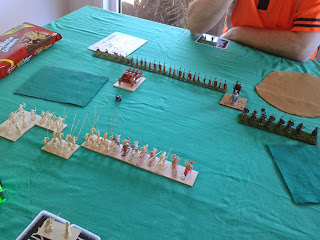 Didn't quite make it, the Auxilia engaged, I won, but the SCh only quick kill heavy foot, so 'twas a recoil and pursue. 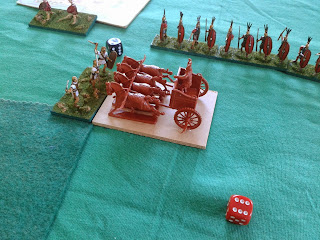 I try to send up some support, but the chariot is just a little too far out. 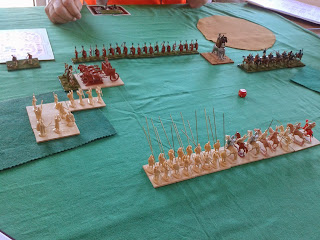 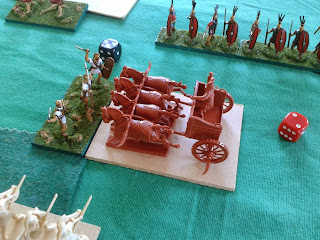 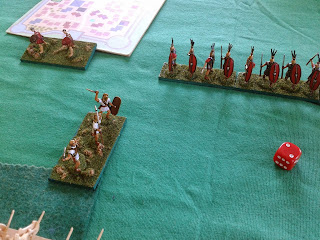 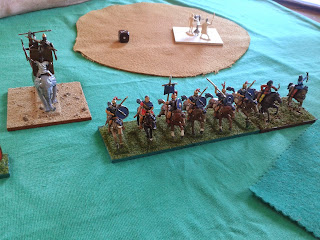 ...I charge in my own mounted, holding back my LH to protect my flank. Or so I thought. 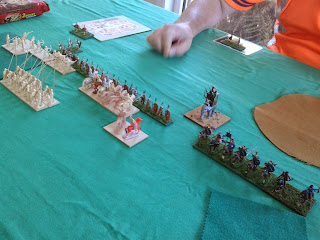 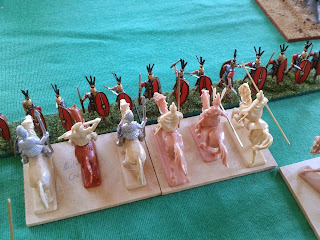 The thureophoroi finally catch up, with a little side support, but... 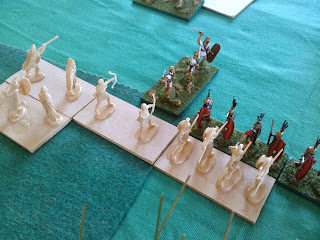 ...seeing as my Kn failed to break through, owing to the lack of his own support from the Thracians, and so in turn was not able to provide Mithradates any overlap support... 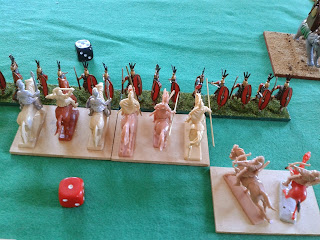 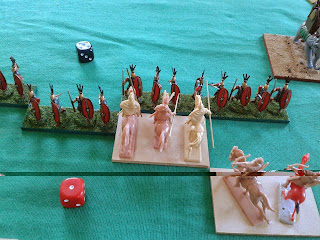 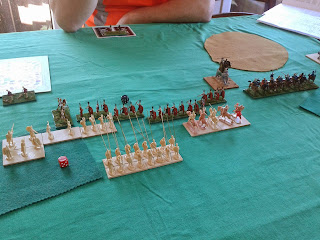 Still, my Ax managed to recoil a Bd, so...I had that going for me...which is nice.

And still the pike didn't get anywhere near the action!

Thanks again for the game Stan, 'twas another fun wee game.