To further Robin's annoyance at incomplete elements (see his comment on the Early German post), here are a couple of shots of my 54mm Plastic [Toy] Roman who I'm using as my 20mm Marian and EIR (and Polybian and Camillan, and hey, any Classical/Helenistic Greek) HOTT God element before I actually managed to finish his base... 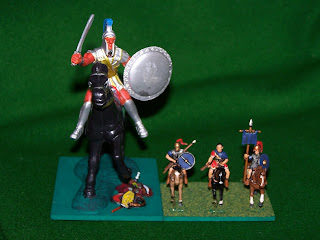 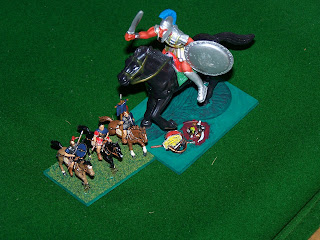 I just painted his flesh shades of red. That's a pile of spare shields, spears and swords at his feet.

Here is a shot of one of the [so far few] battles he's been in. Going against a Lost World Magician General who was up hill. Suffice to say Mars was done like a dinner! 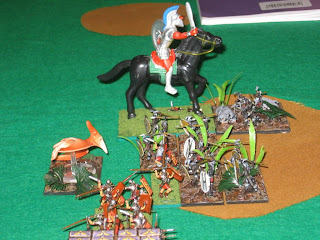