This ANZAC Day, as well as attending my first...well, it wasn't a dawn parade, it was at 9 o'clock, so...morning parade?...Tim reminded me/invited me to another Star Wars X Wing Miniatures Game Store Championship, this time at Wizard's Retreat in the city. I thought to take four X Wings, 'cause...well, 'cause I have for X Wings and I've never flown them together. 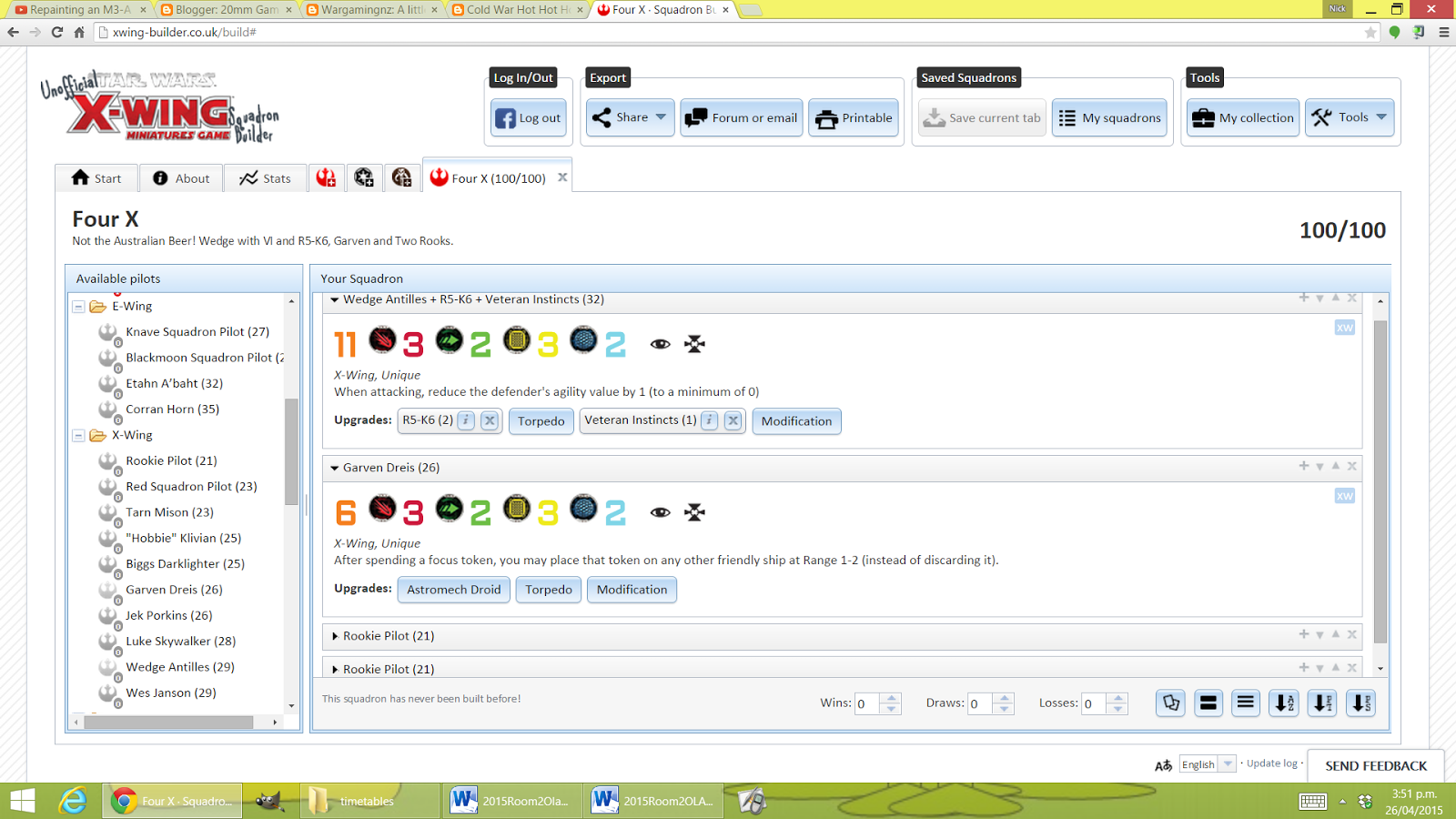 Anyhow, my first draw was against Tim(!) who was flying two IG-88s with all sorts of bells and whistles. 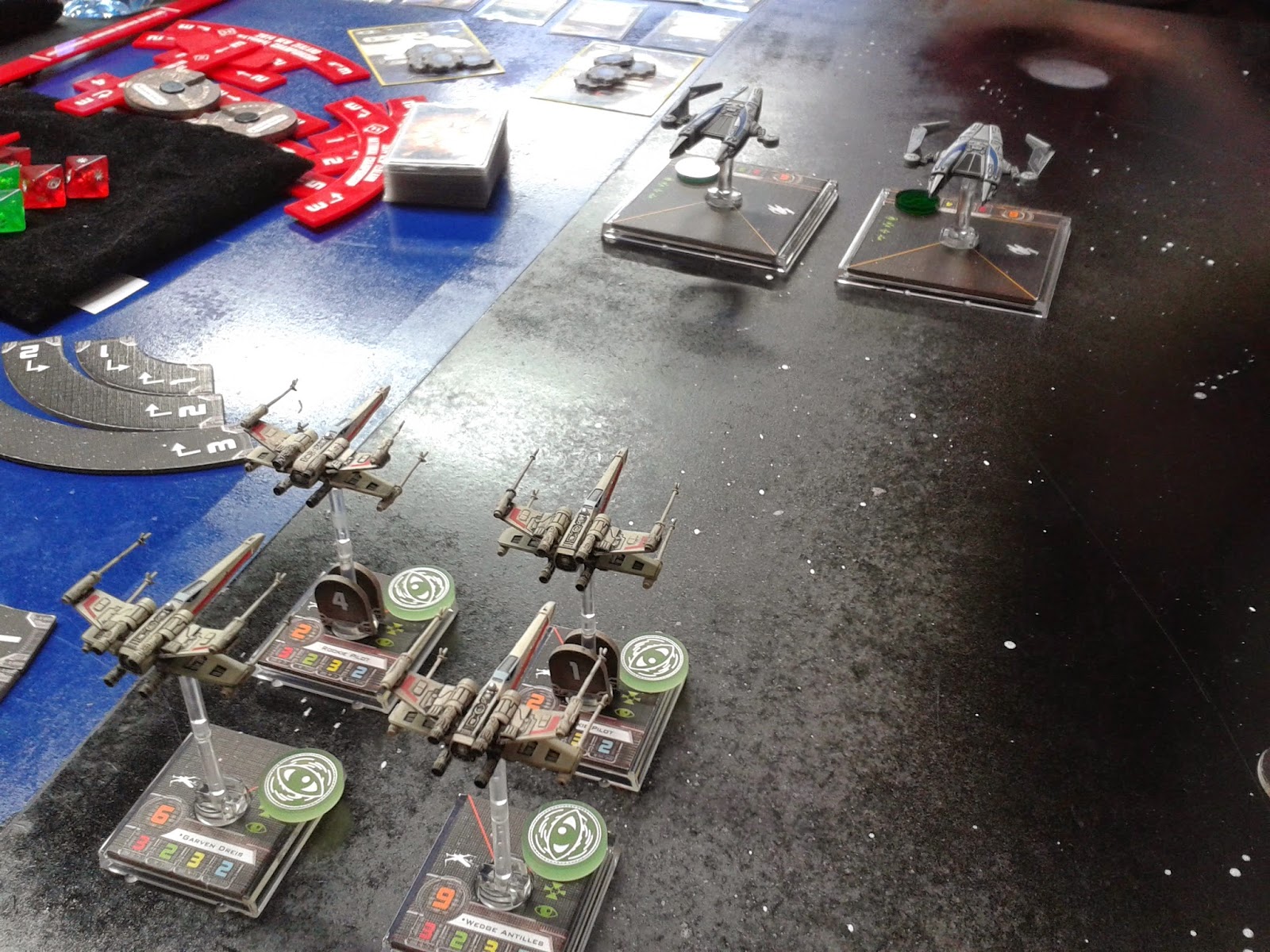 ...which striped Wedge down to one remaining hull point and a crit such that if he hit anything he'd take another hit.

So Tim K turned in front of me, and Wedge ran into him! 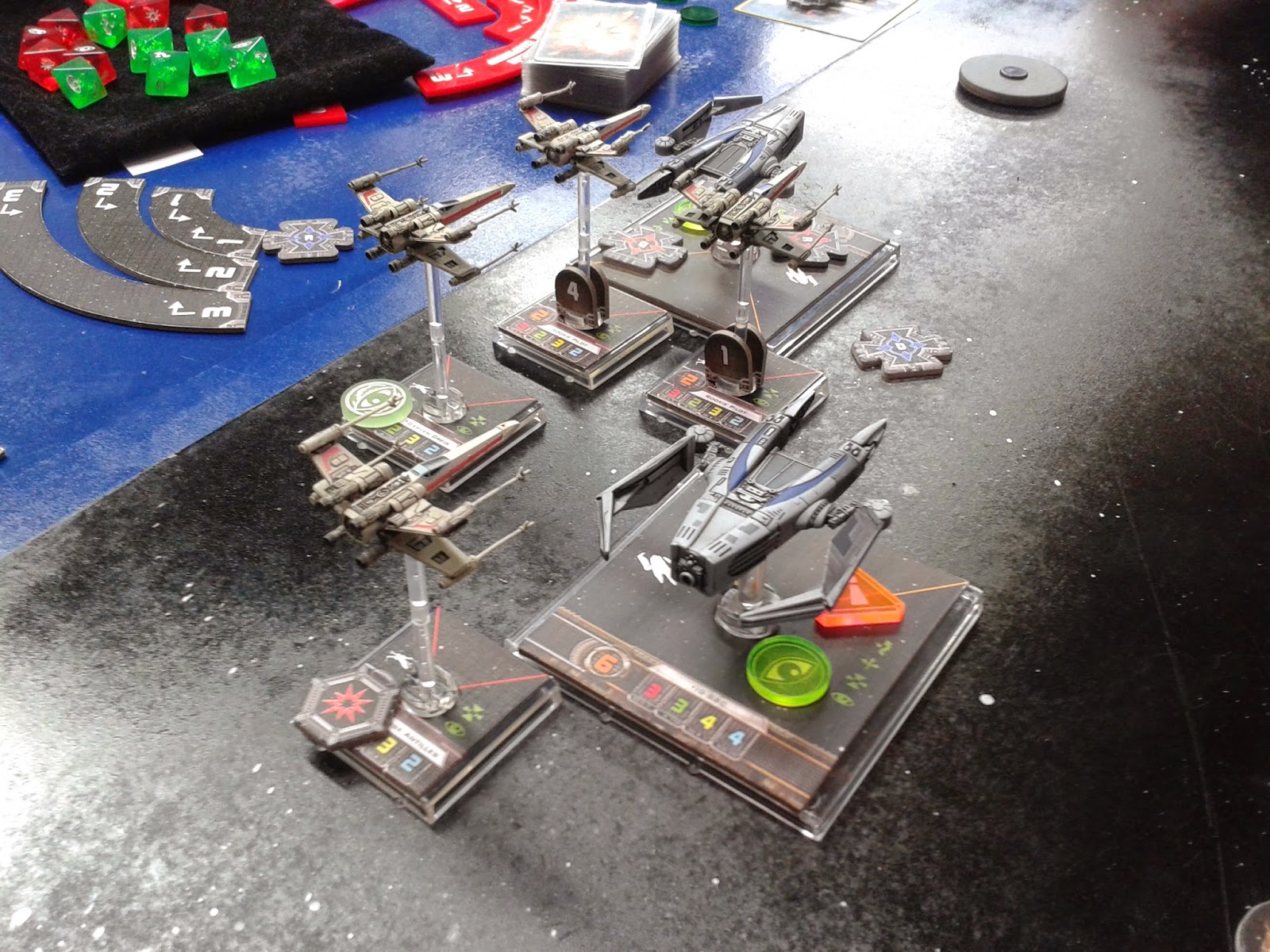 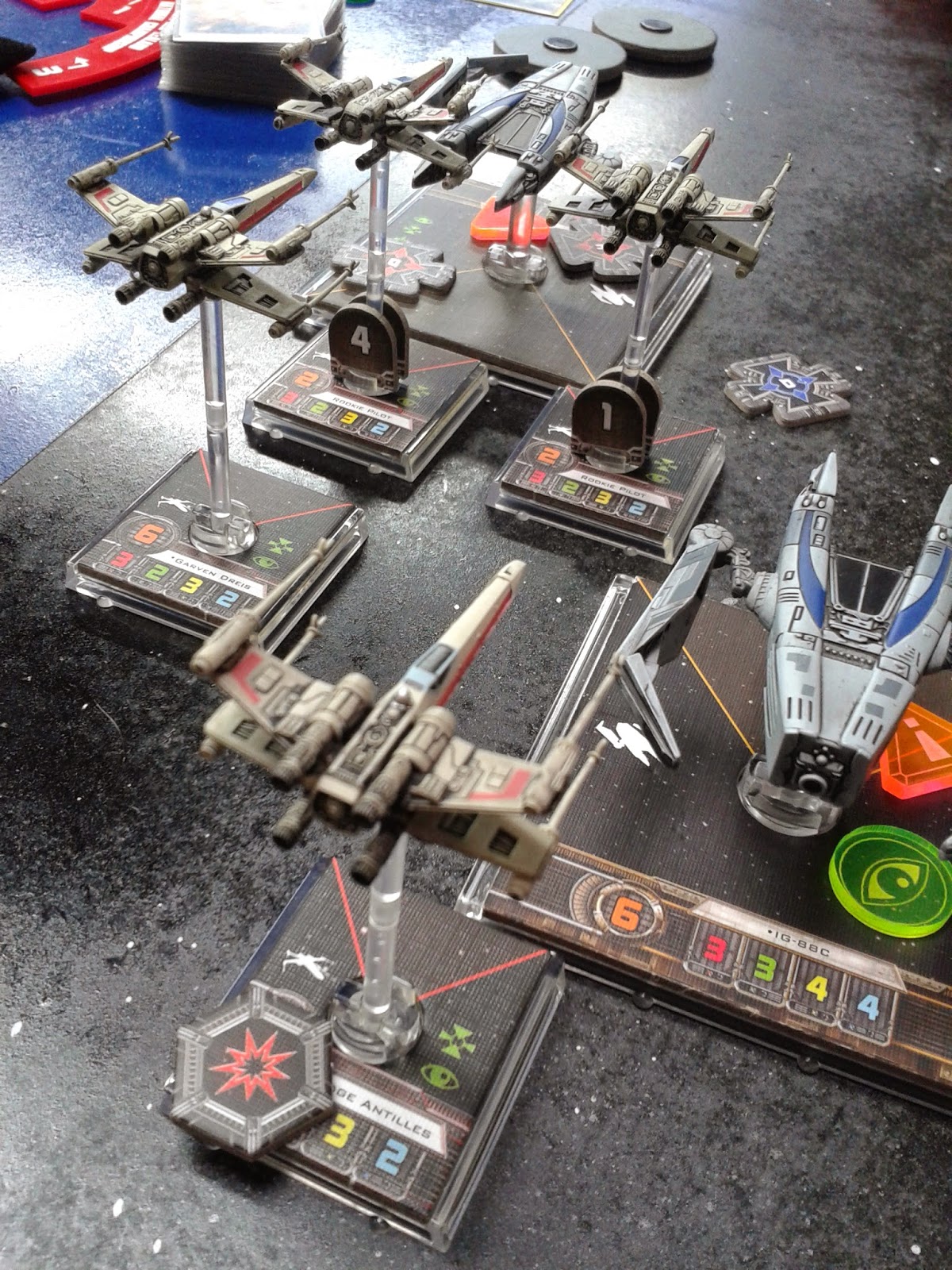 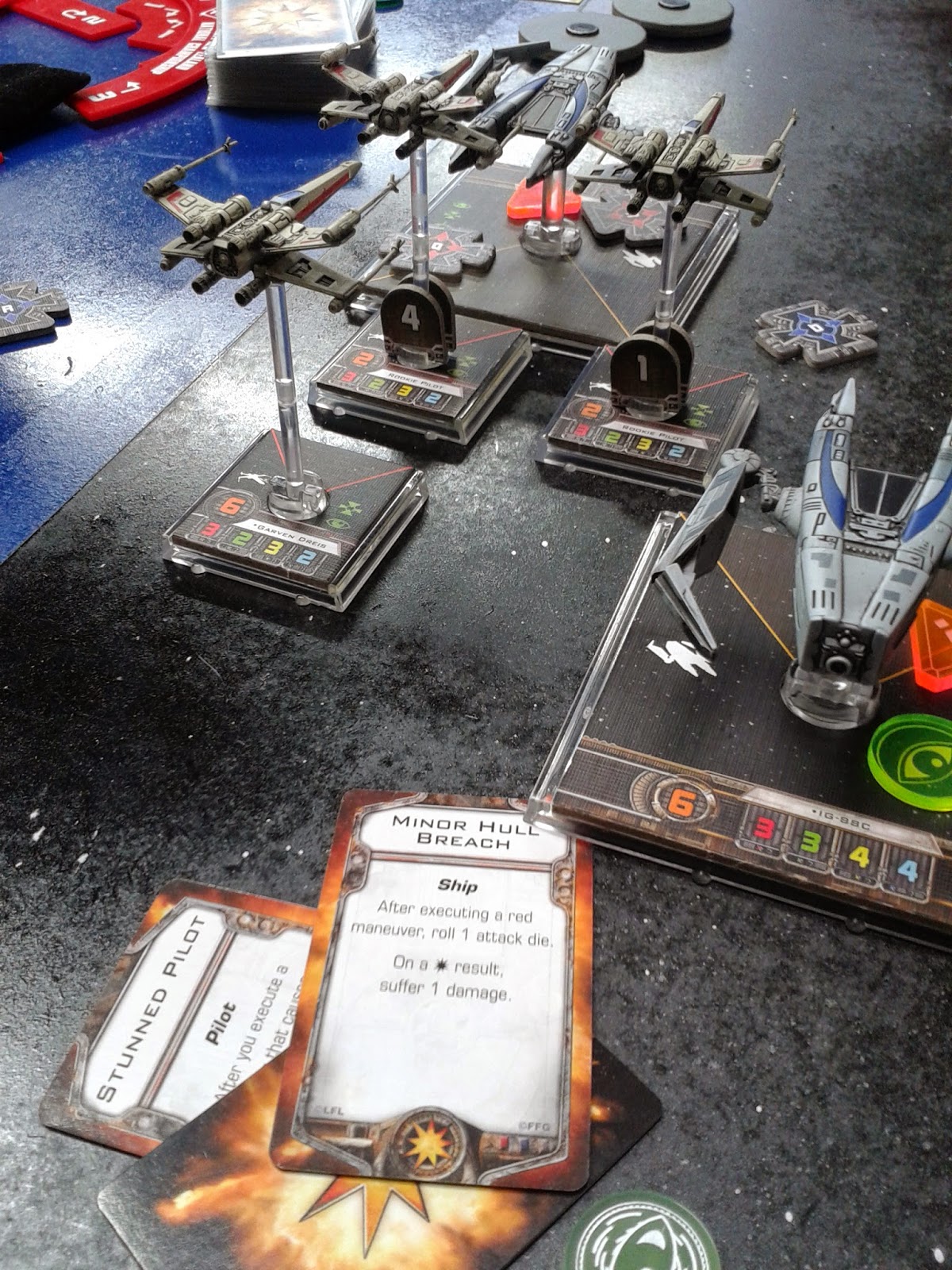 Boom! And he hadn't landed one hit that got through!

A couple of Segnor loops later...man those ships can dance... 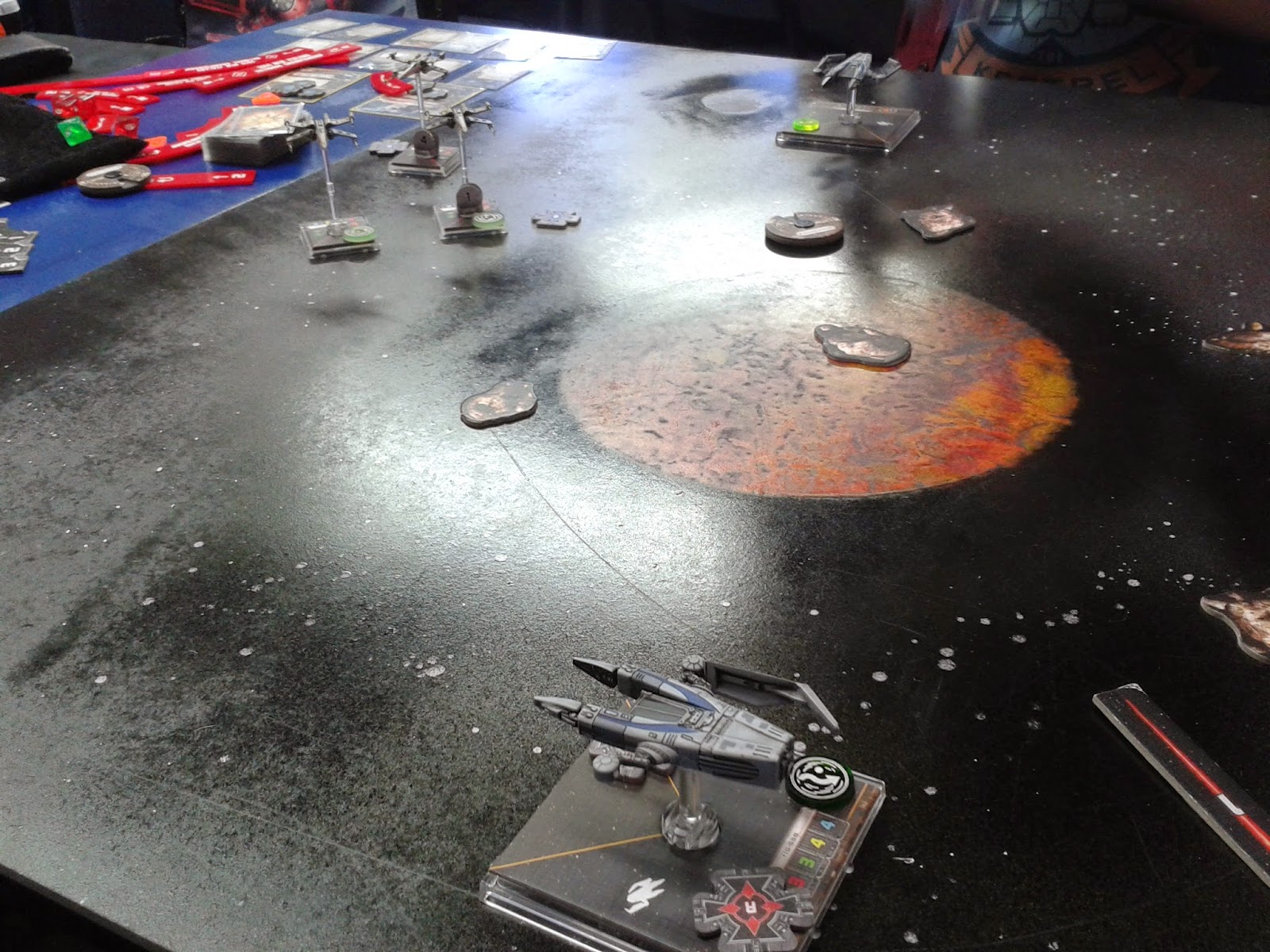 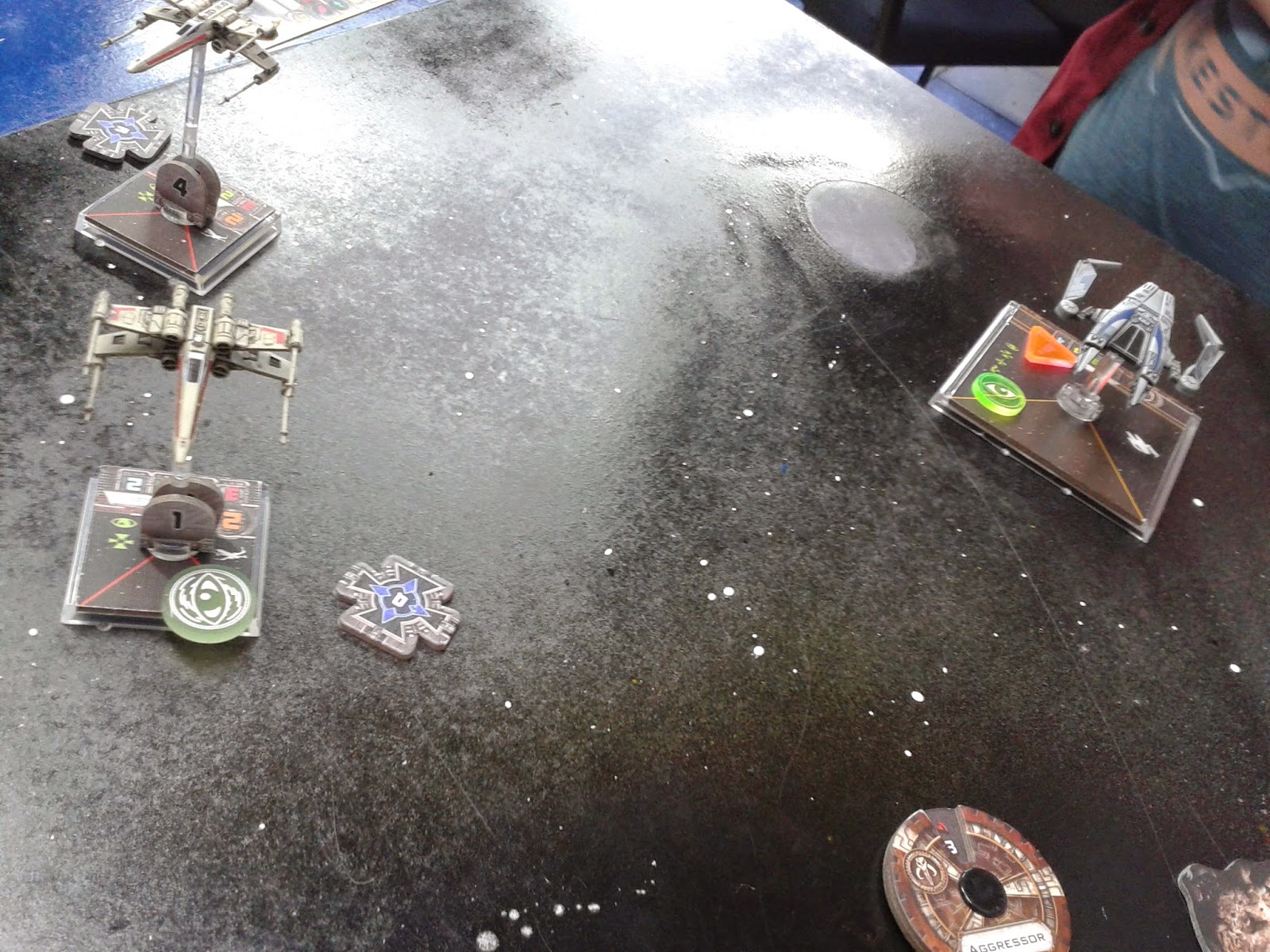 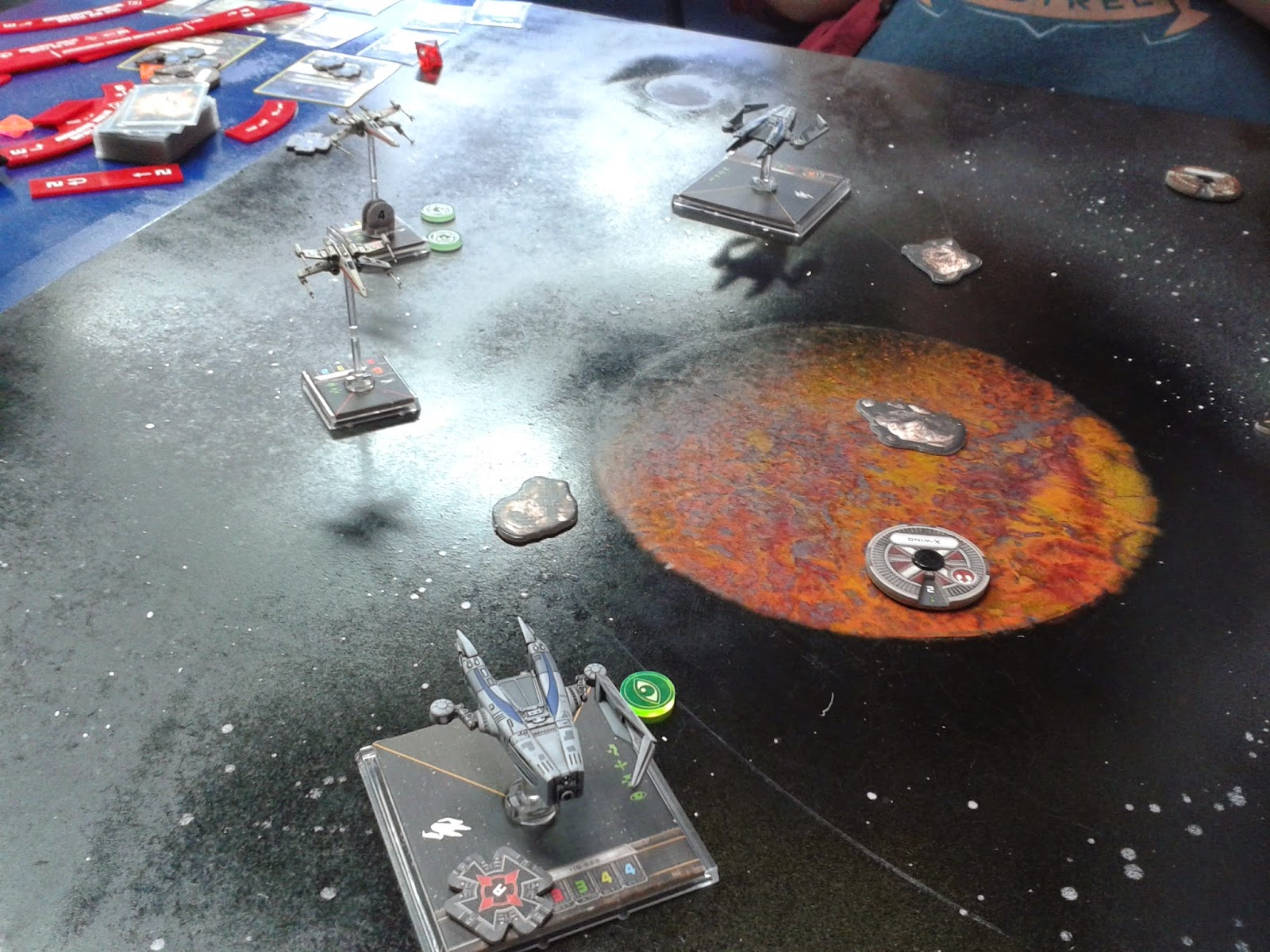 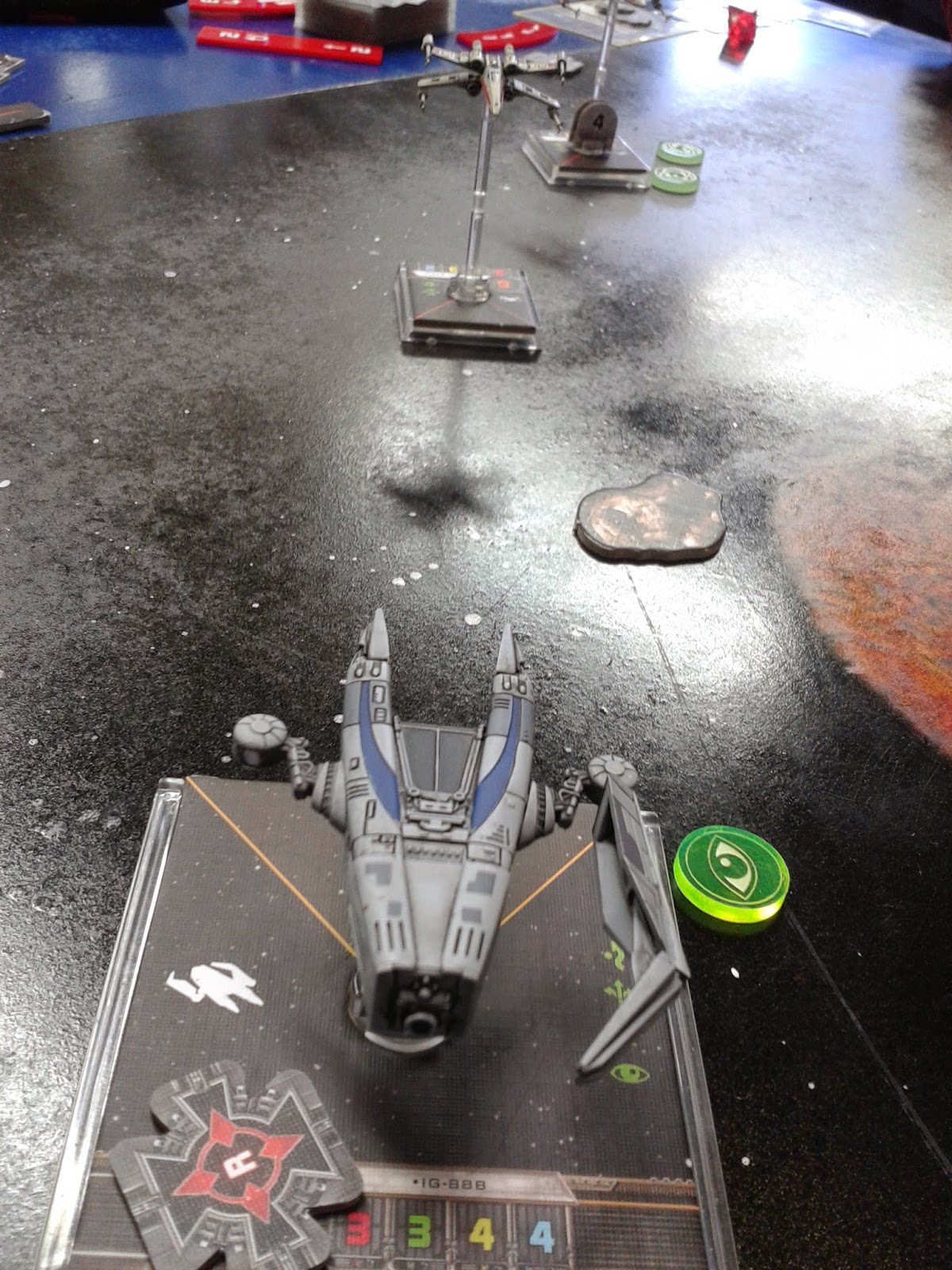 Opps! Make that one. 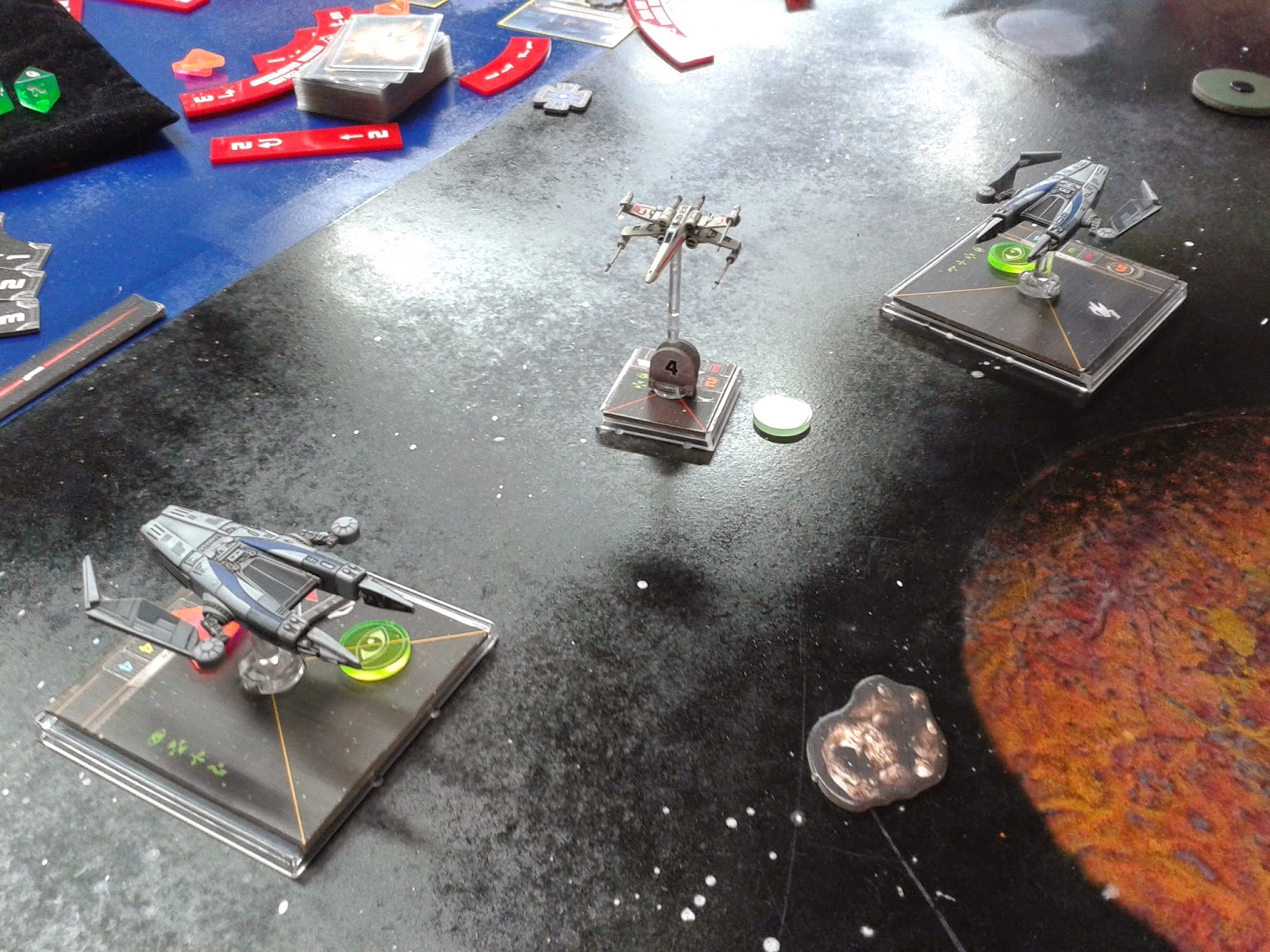 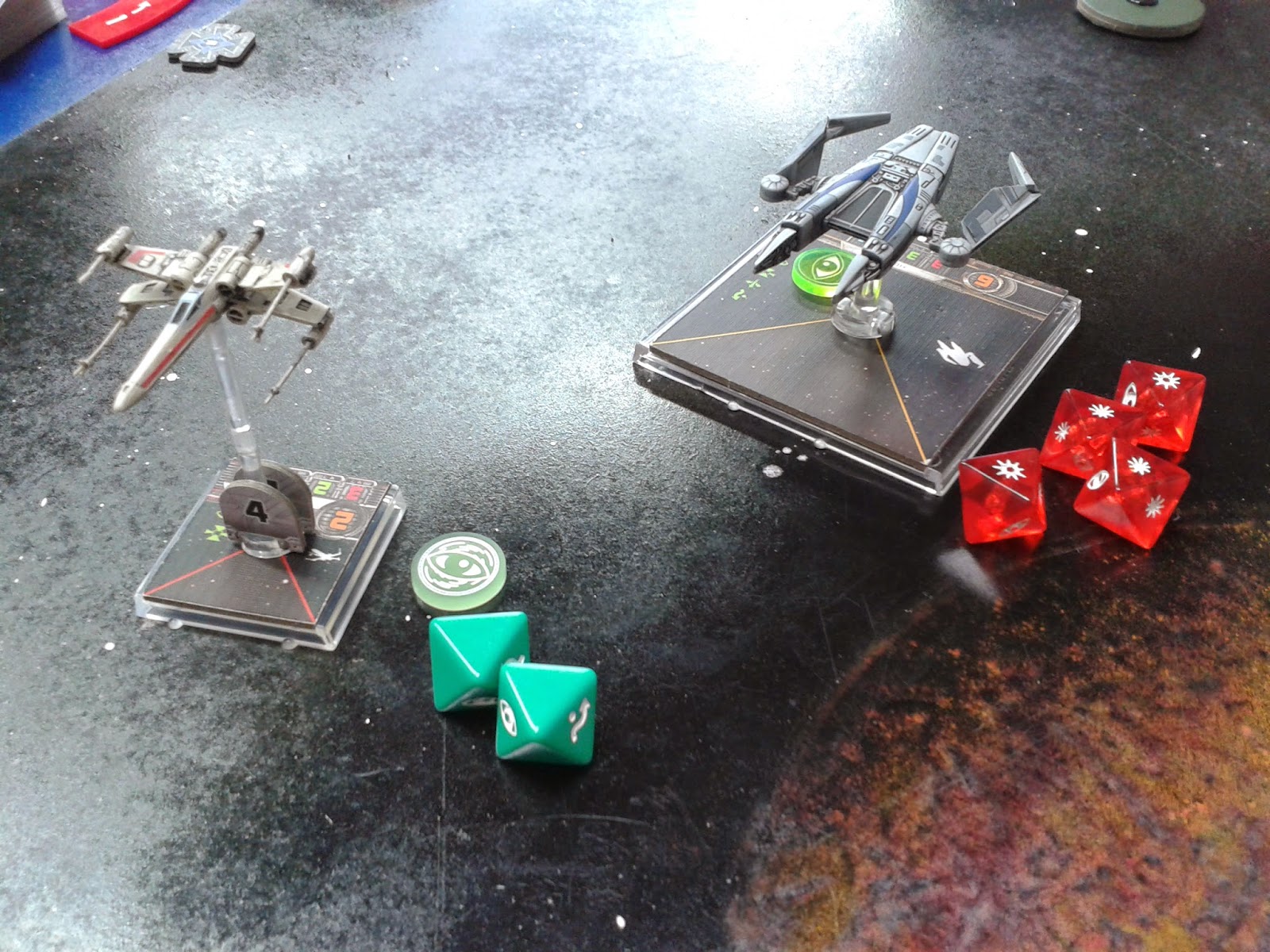 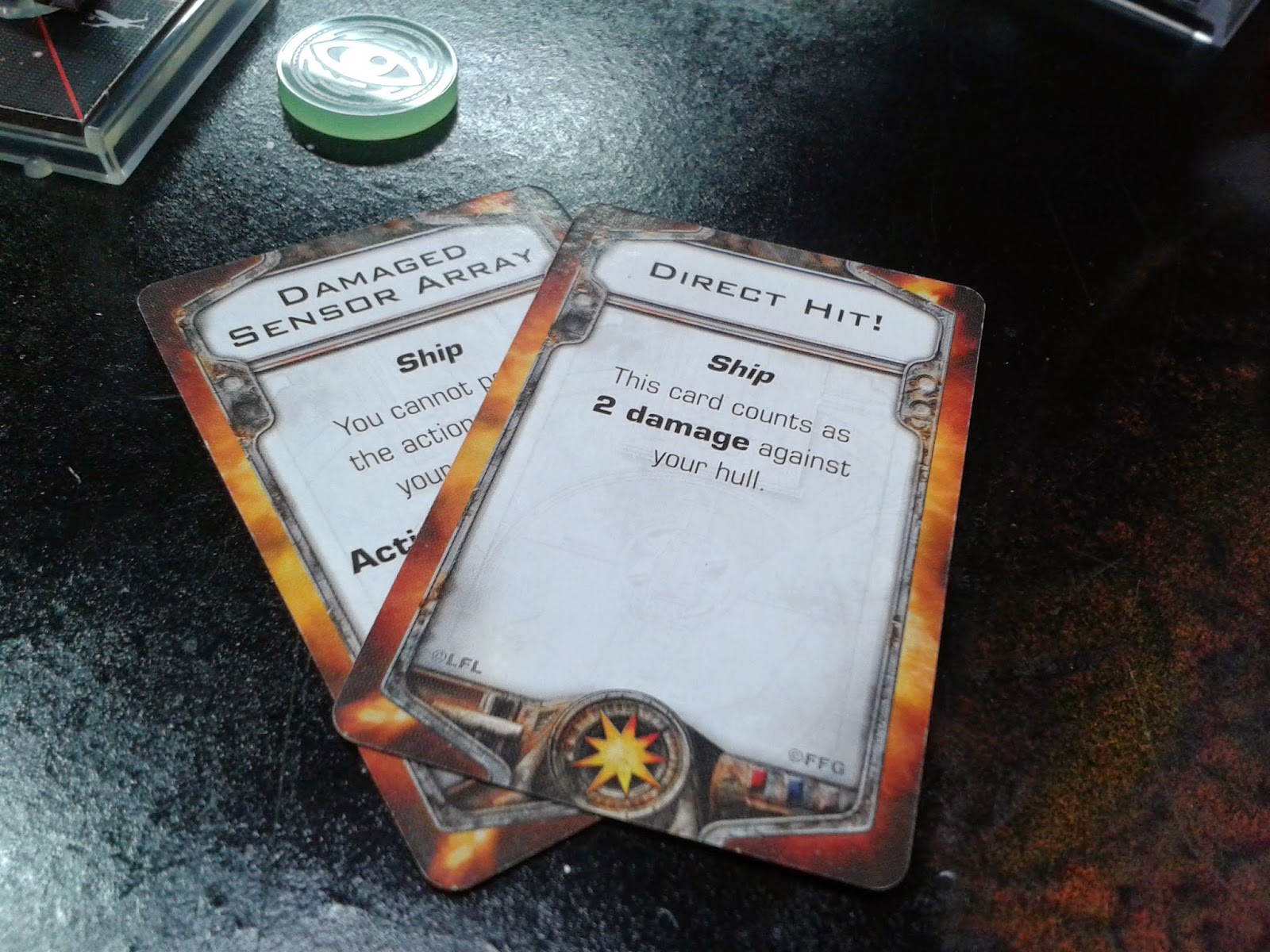