Well, today is International Table Top Game Day over here in New Zealand. I couldn't organise a game for today, so...I had a few yesterday in today's honour!

Being as I am on holiday, Stan was able to pop round for a couple of X Wing games during his lunchtime. We thought 50 points would be a good idea, so... 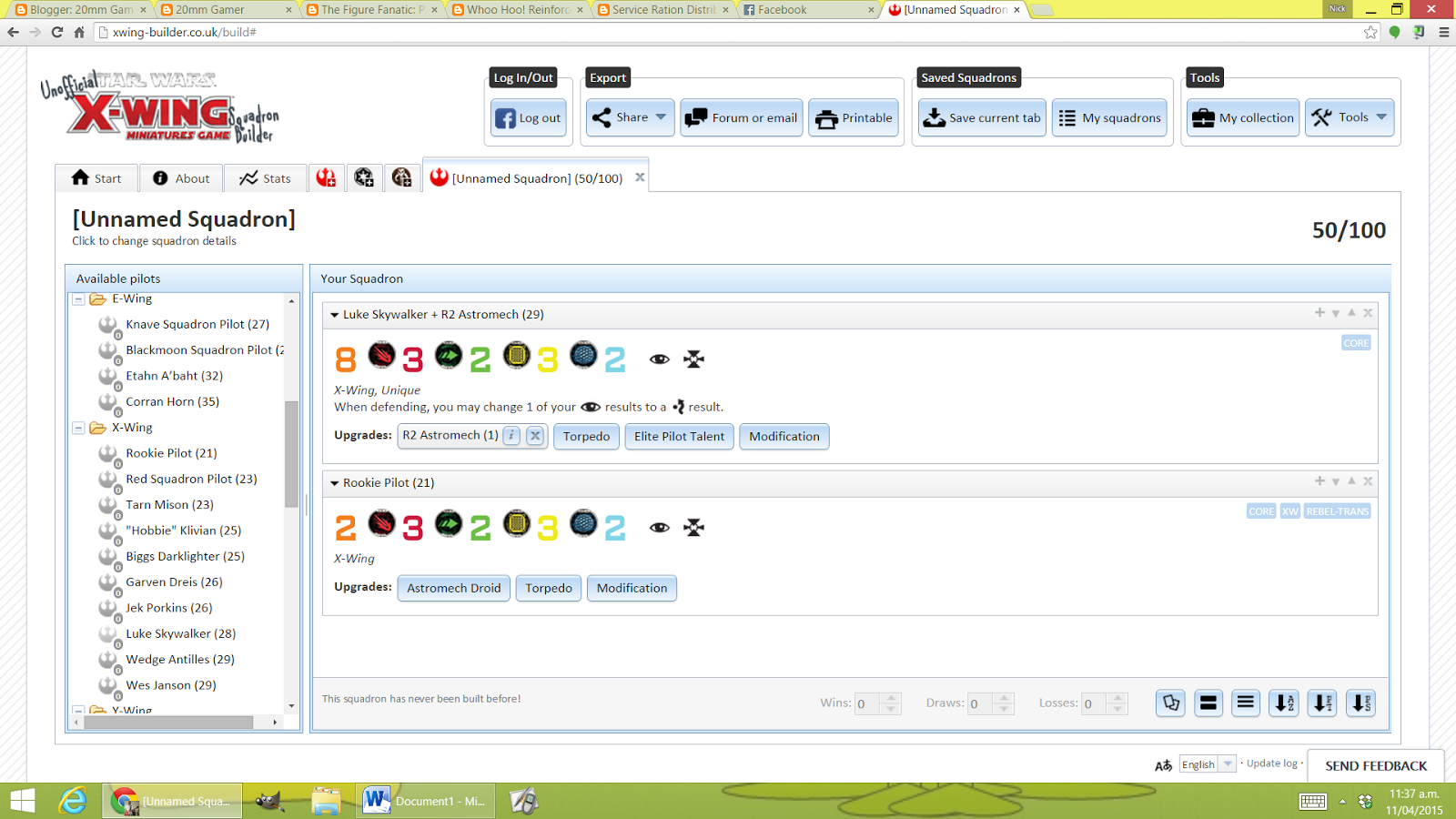 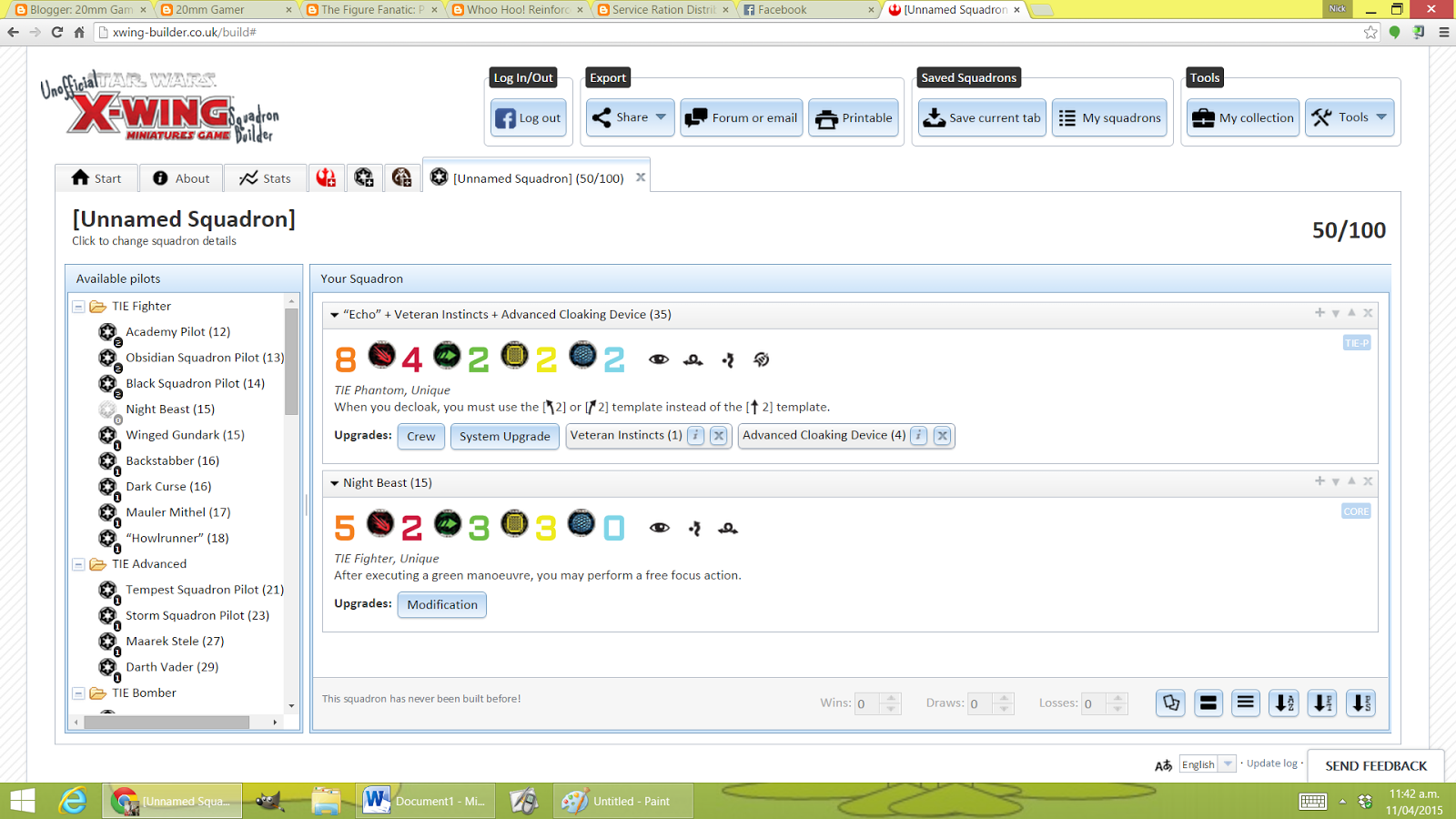 ...for me. And I've just realised that Echo decloaks using the gentle 2 turn template, instead of the straight 2 that I was using. Opps! Well, it was my first (much anticipated) game with a Phantom, so...

Anyhow, since this wasn't a tournament game or anything, I broke out my oversized rocks and away we went.

Stan immediately flies off to his right...for some reason...while I advance. To be fair, I wasn't expecting that. 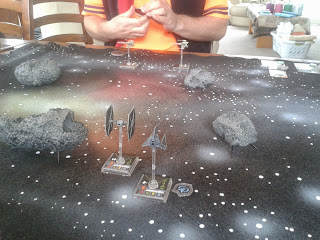 Then he turns around, and I turn in. 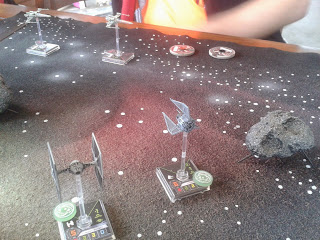 First shots by Echo on the Rookie at long range. There goes his shields.

Note the cool Focus tokens I received from the Store Champs a couple of weeks back.

Next turn, and Stan keeps in formation, while I hang out Night Beast to dry, so to speak, as, after I had decloaked and maneuvered, Echo ended up pointing away from the fight. 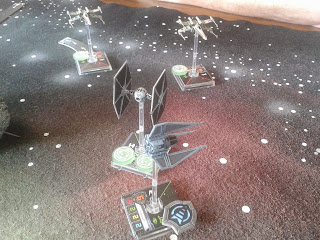 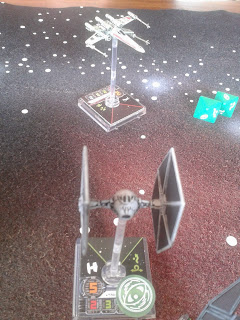 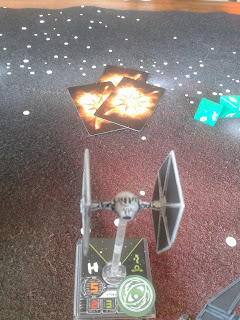 It came in quite handy!

A bit of maneuvering ensued. 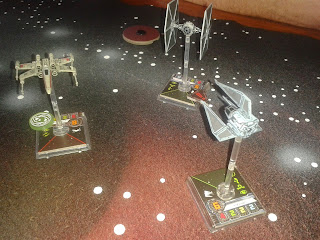 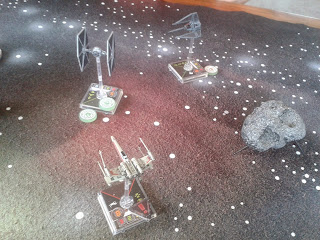 Bent lances, the bain of an X Wing's existence. 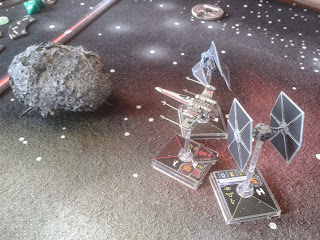 Doink! No shooting that turn. 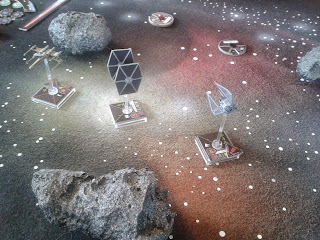 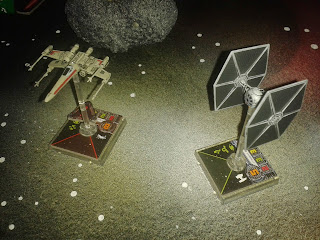 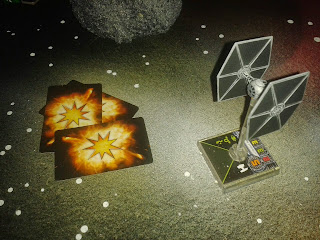 And seeing as this was only a 50 point game, we had time for another...