Anyway, Stan and I had time for another game, so, since my armies were still in the car from the previous games at Mark's, and since Stan was reading Sue Barker's Introduction to Ancient Wargaming, we thought to recreate the example battle from the book.

I was the aggressor, so Stan set up the terrain as per the book (the waterway on my right was represented simply by shrinking the battlefield a touch on that flank), set out his chaps and I deployed mine with the intention of ignoring most of his Blades and scurrying over the steep hill to loot his camp.

What was I thinking?! 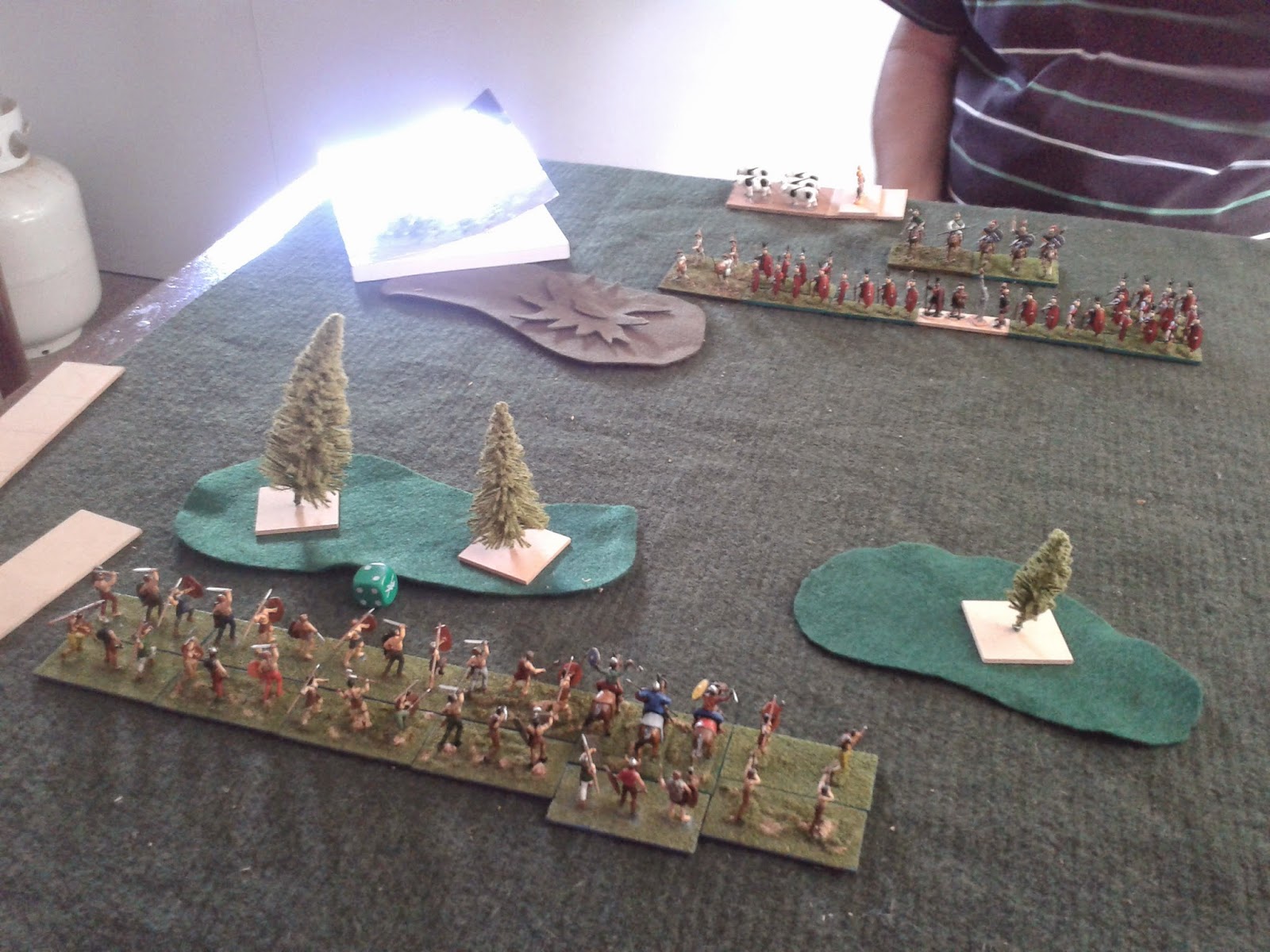 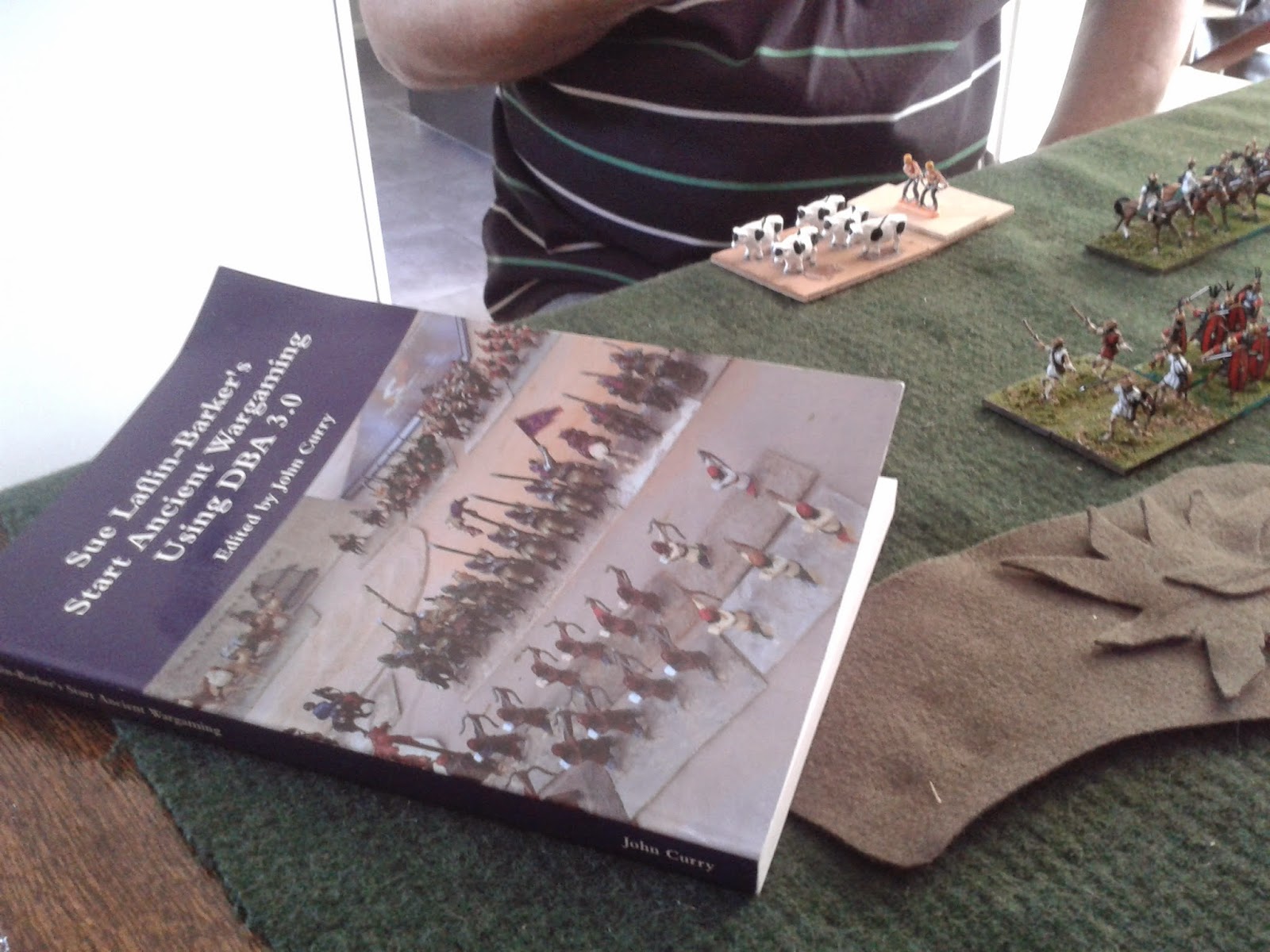 Yes, that's the book. That one right there.

The long red line of death comes marching forward (I really need to finish painting that Blade General - it's the first time he's taken the field), while I send forward my skirmishers to buy my warband some time. 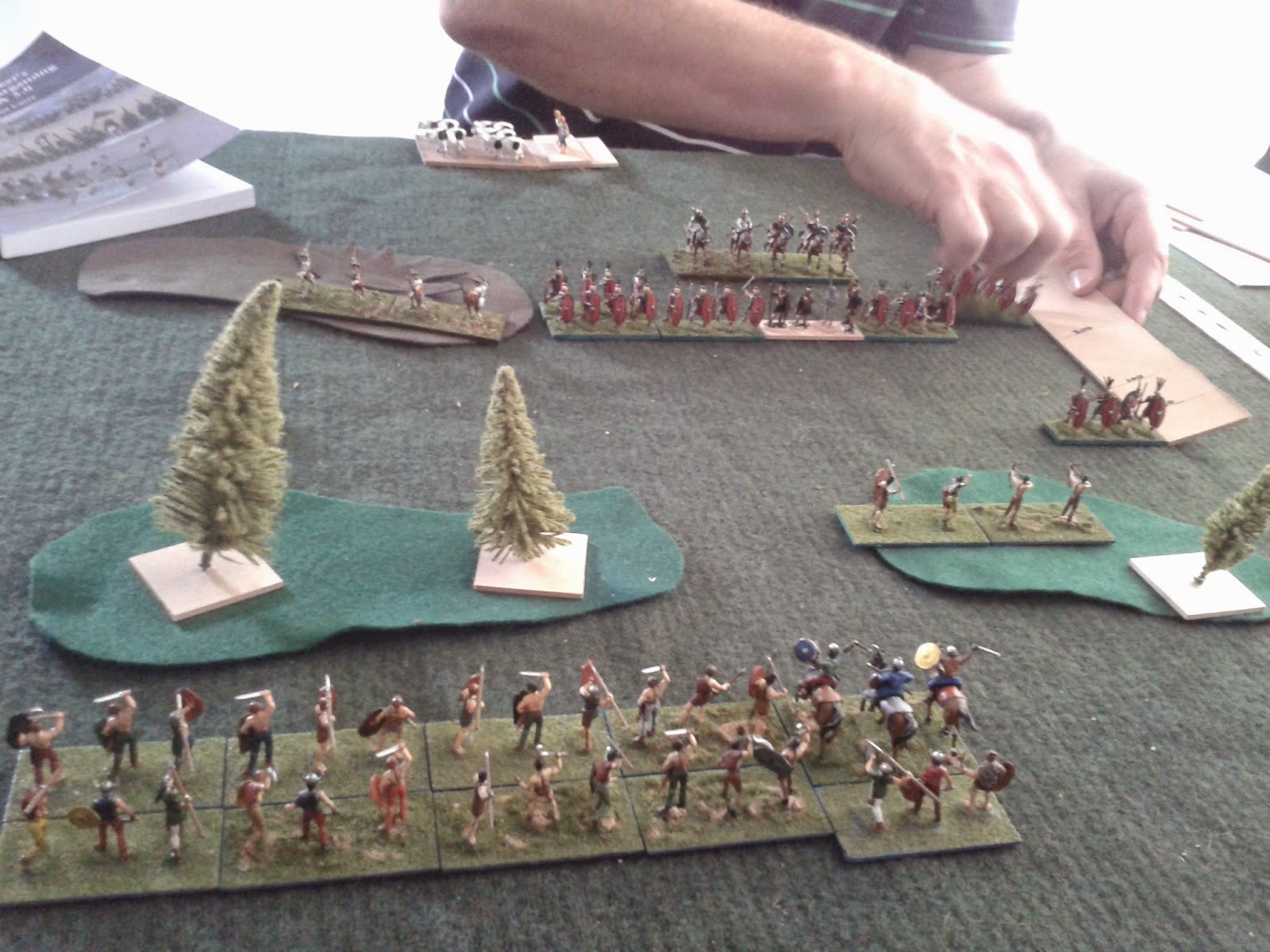 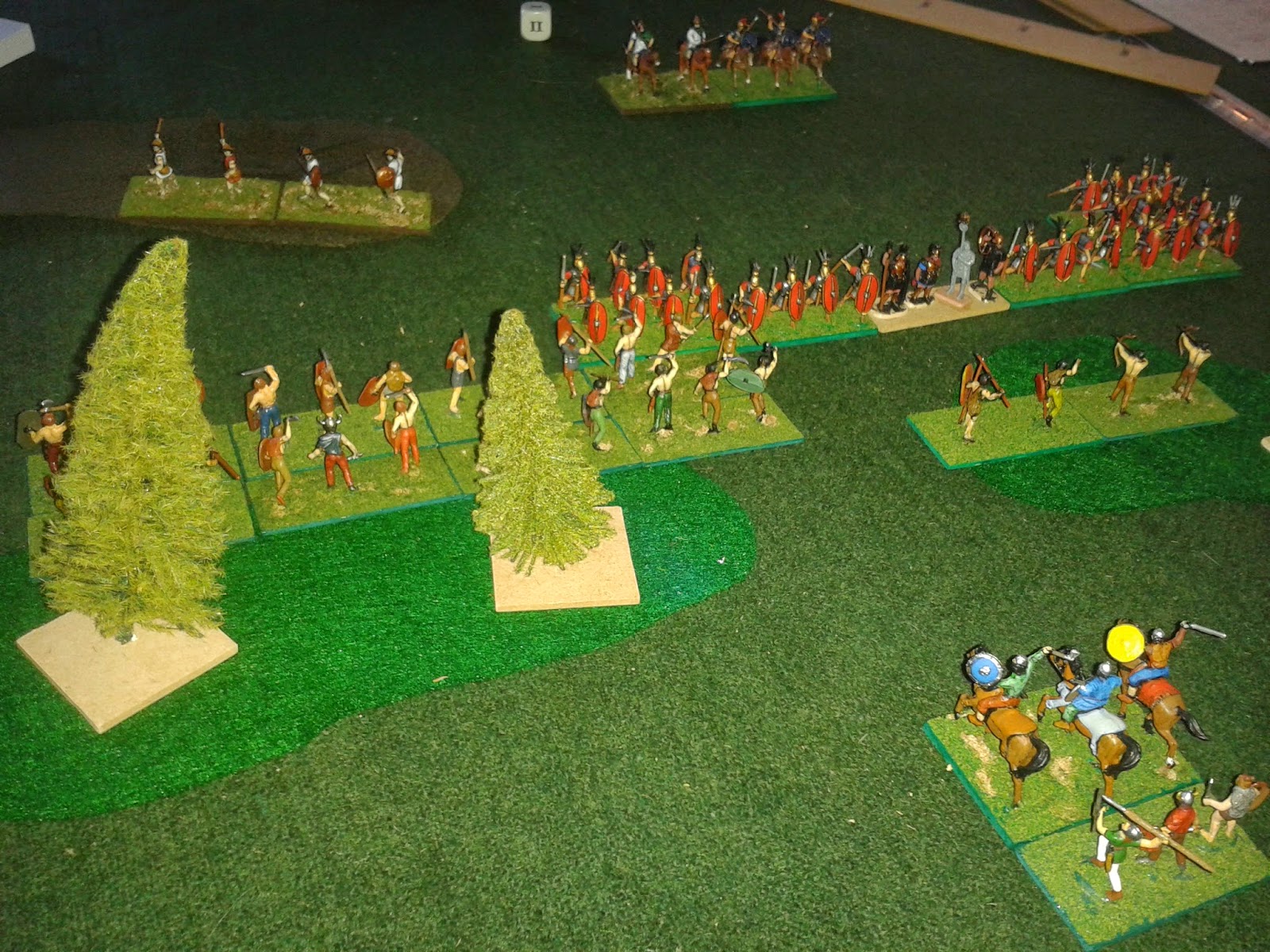 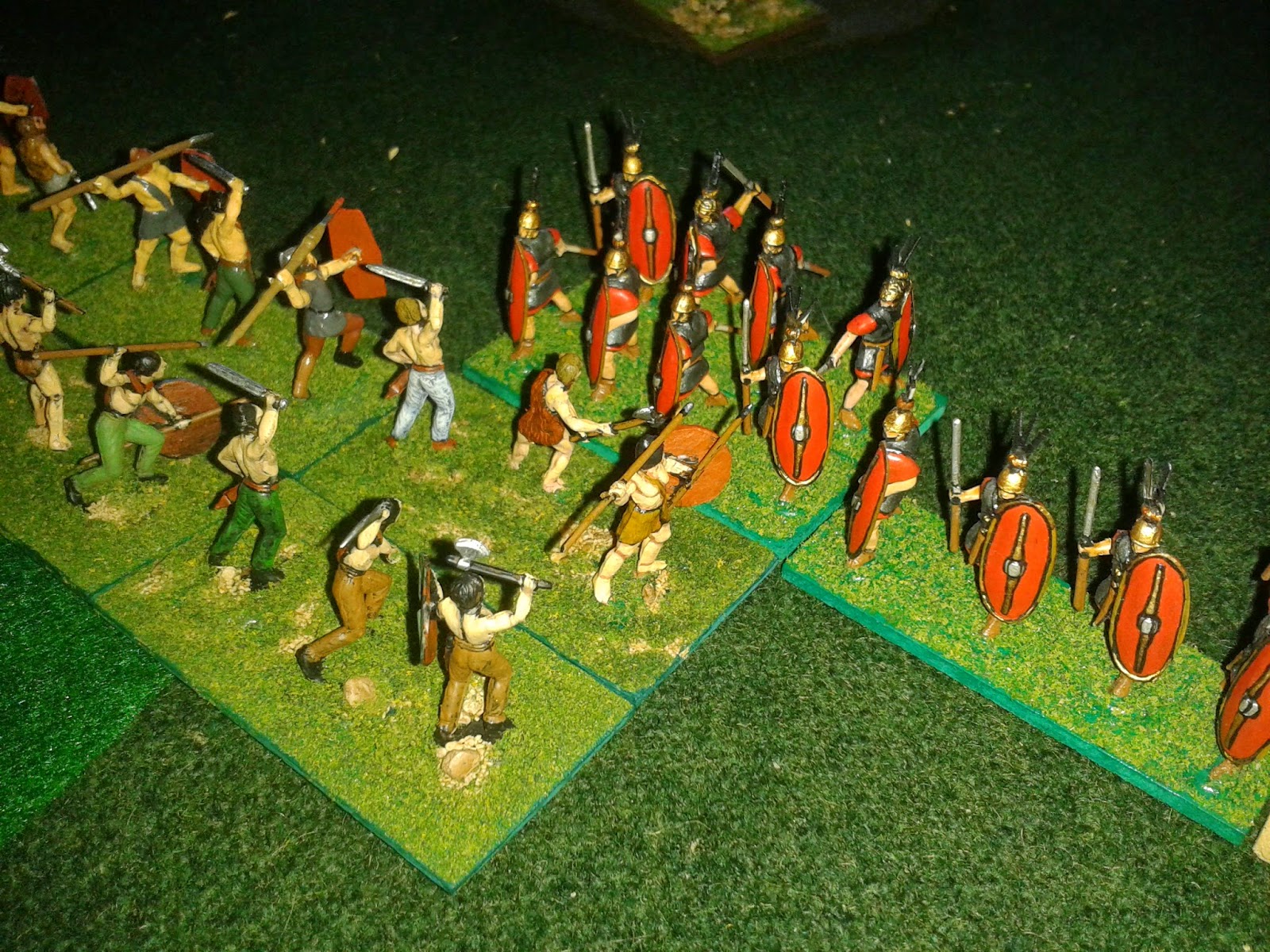 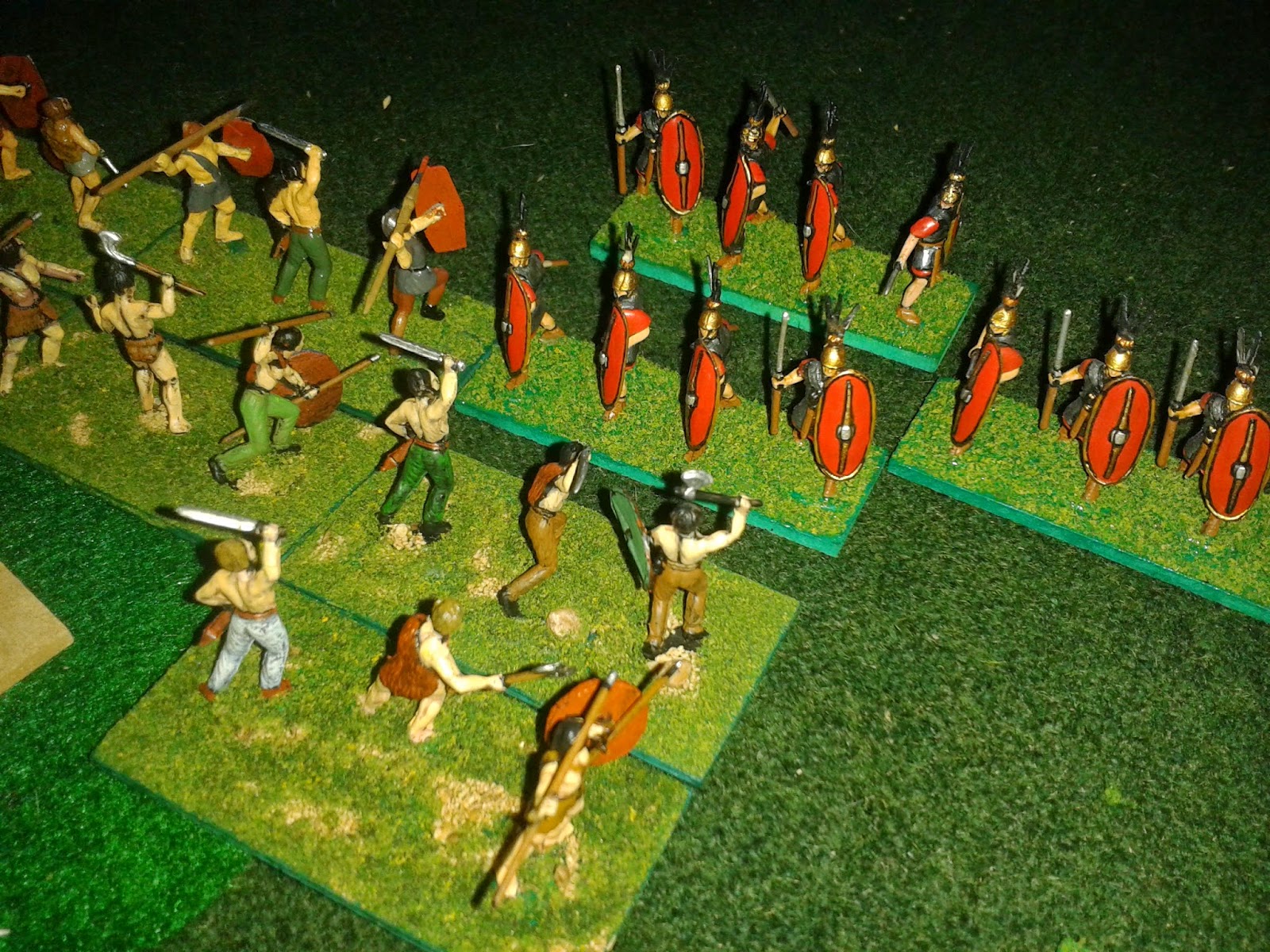 ...and those dratted legionaries push me back.

The Wromans close up ranks... 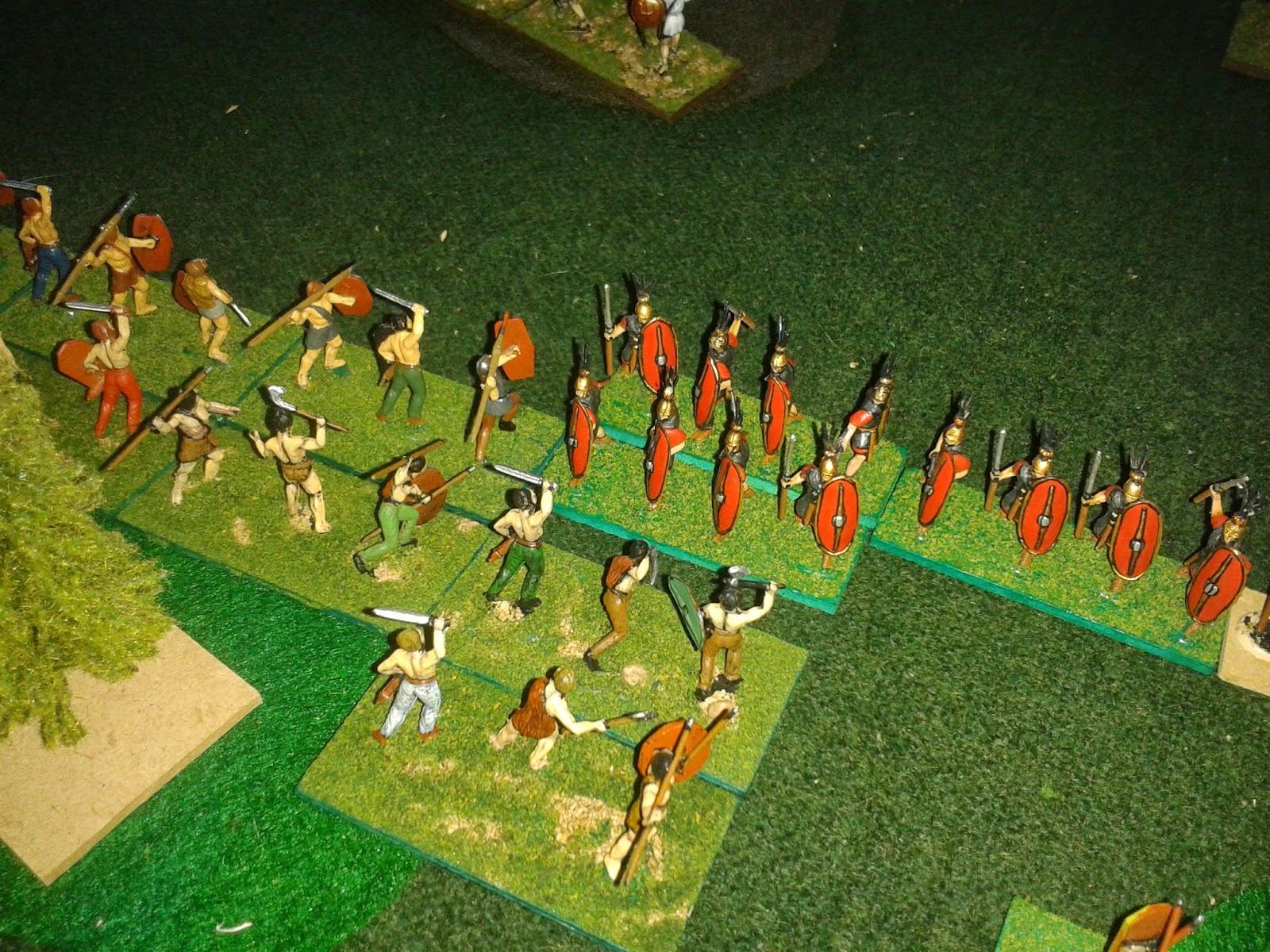 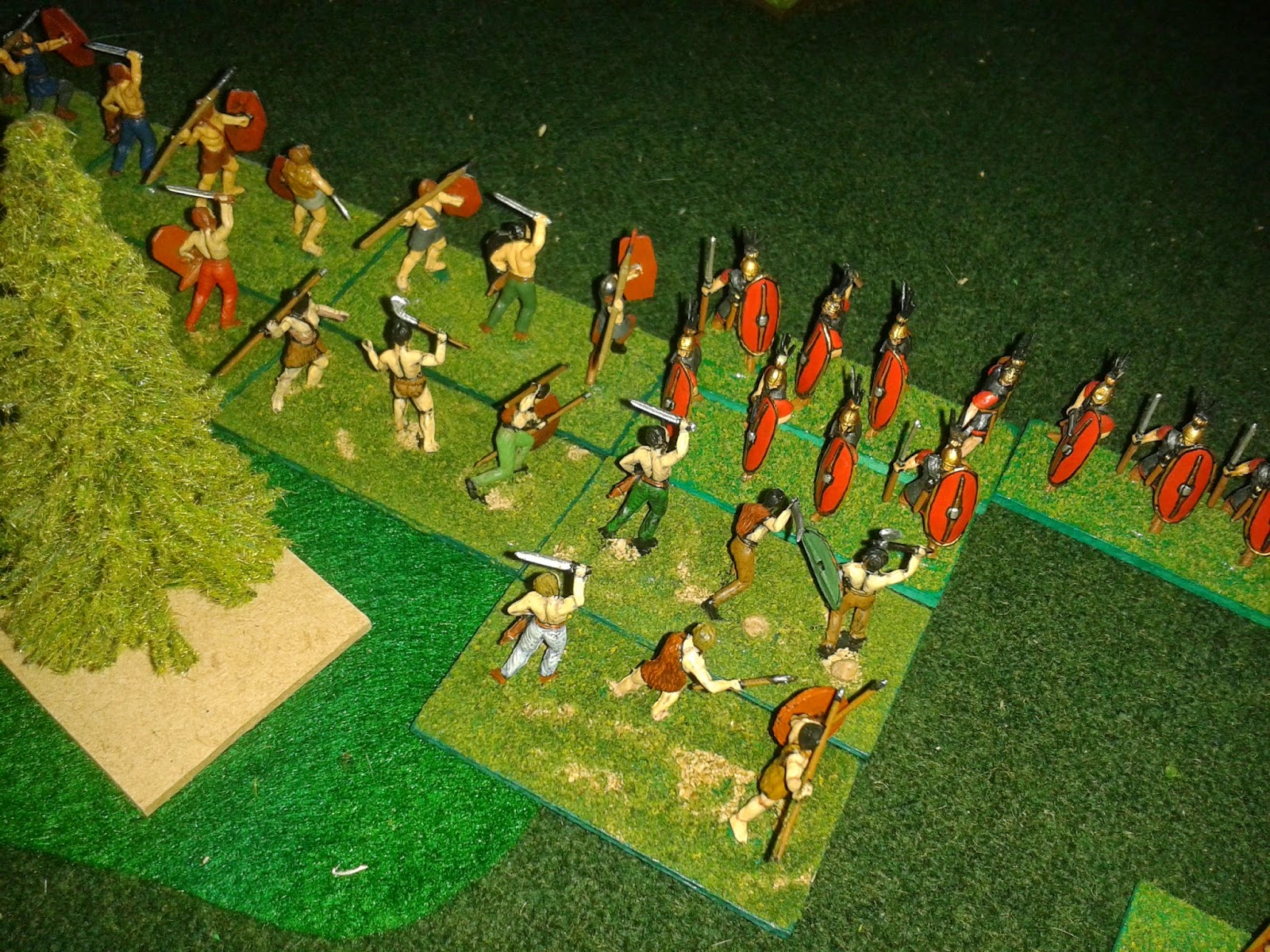 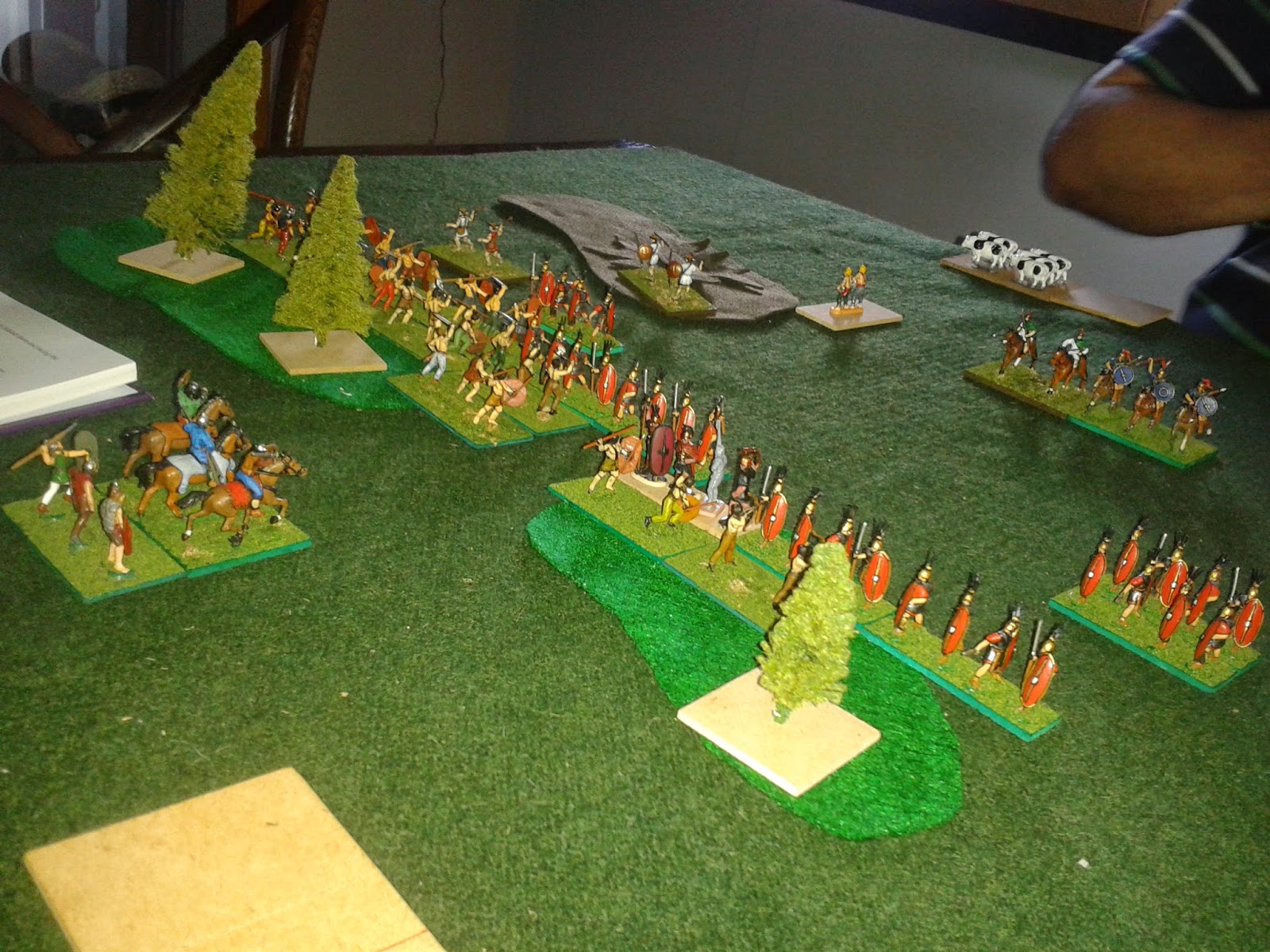 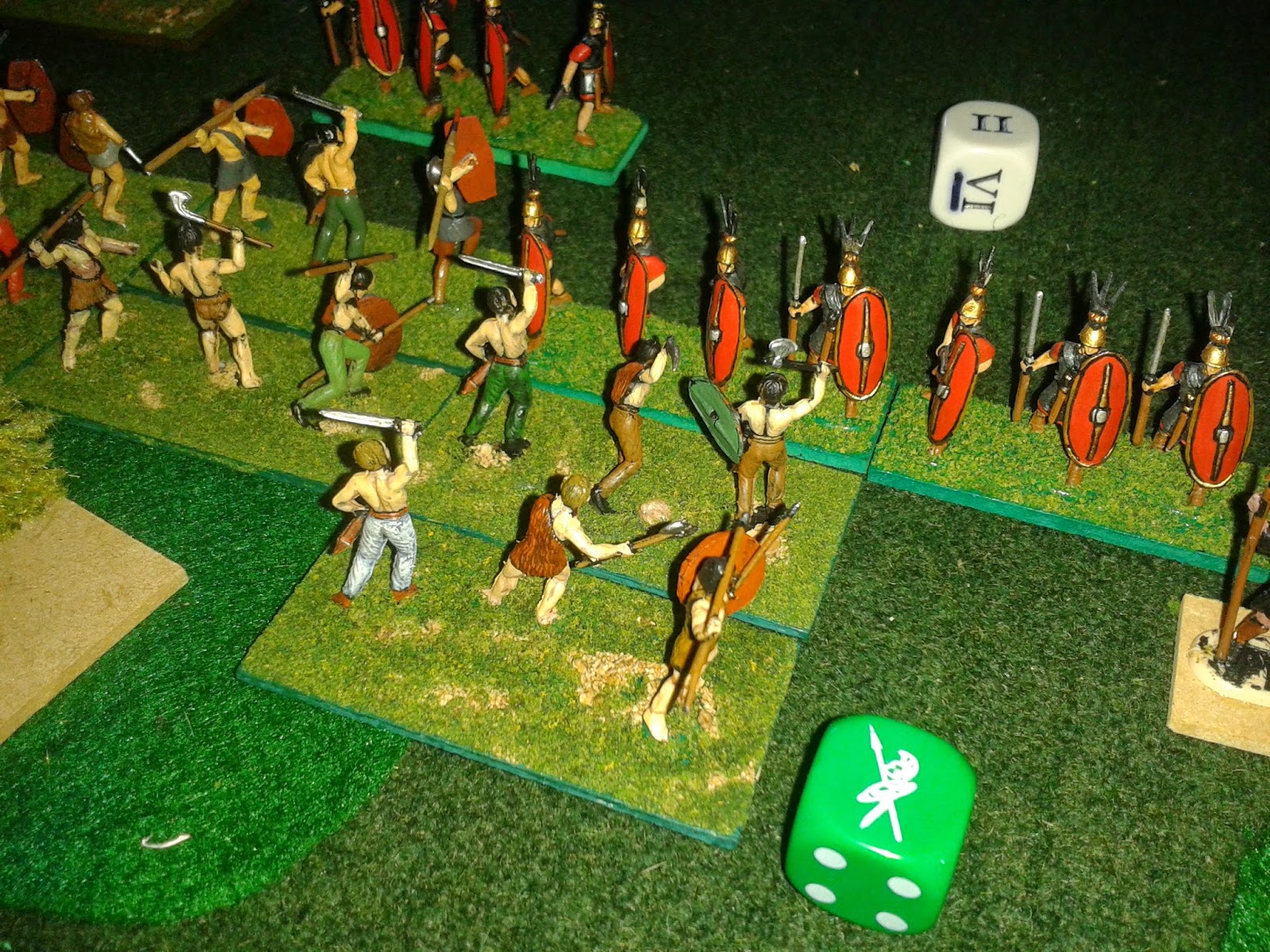 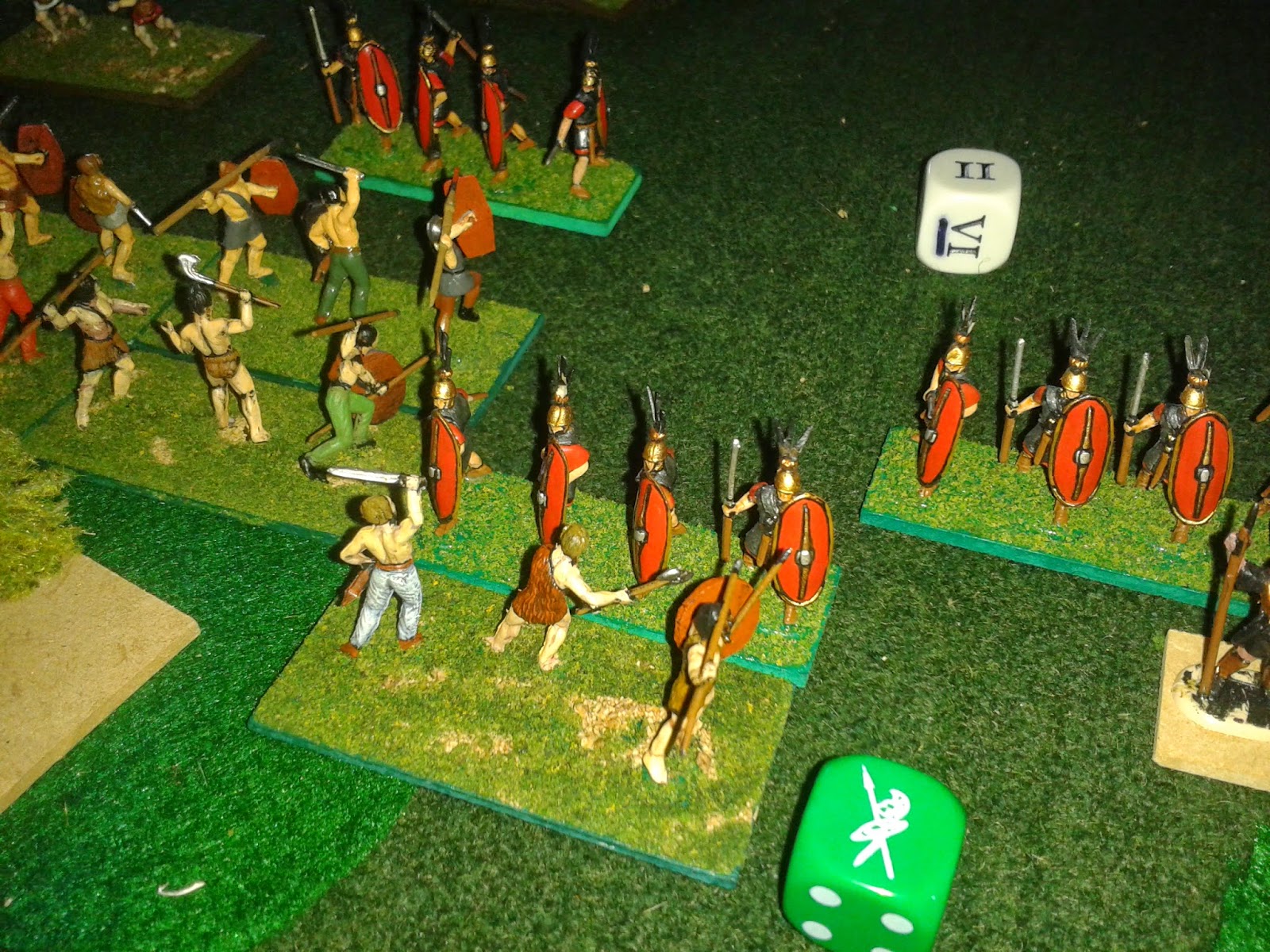 And again, Stan straightens his line. 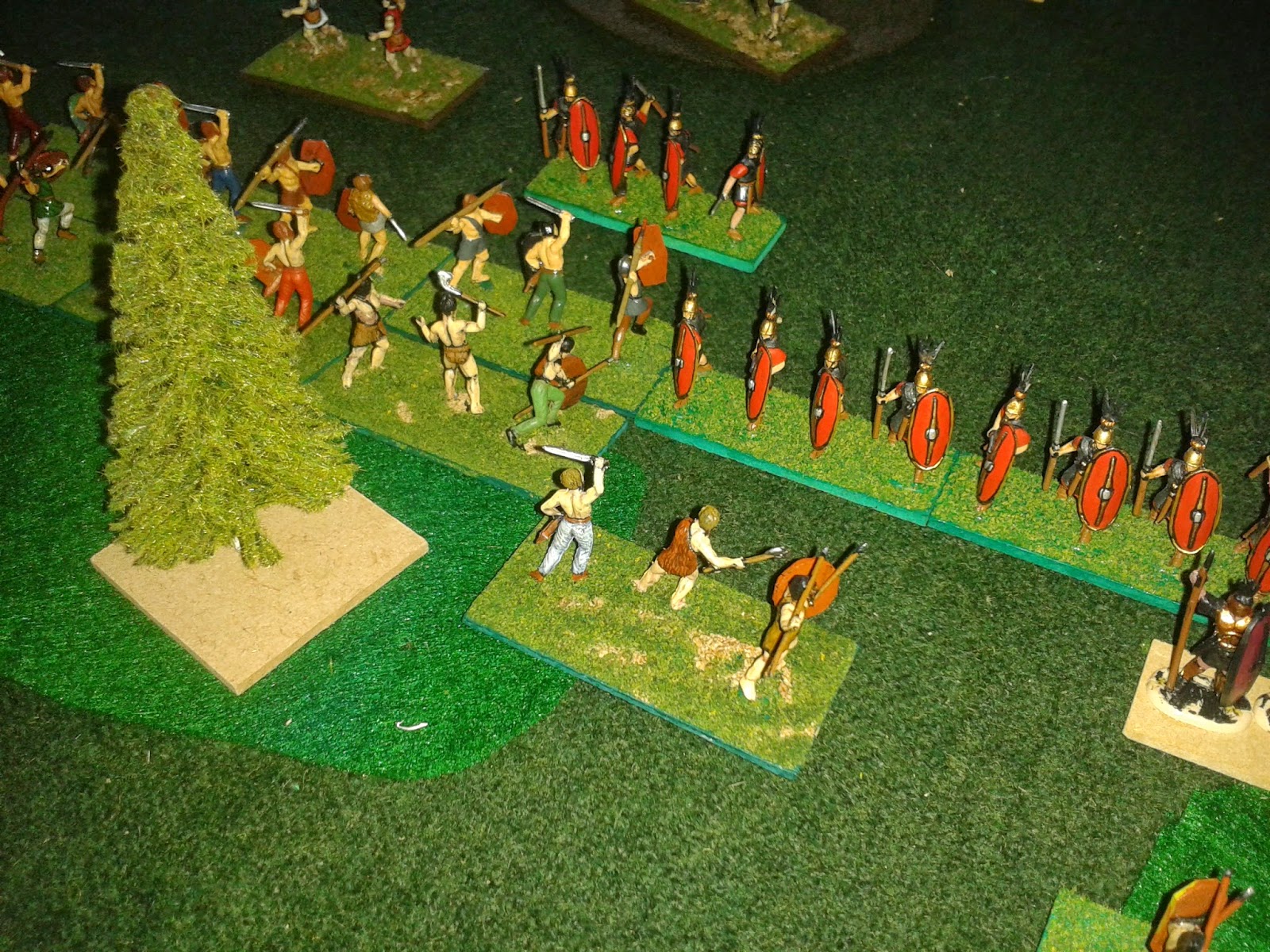 I try to bolster my ranks, and push forward on the left. 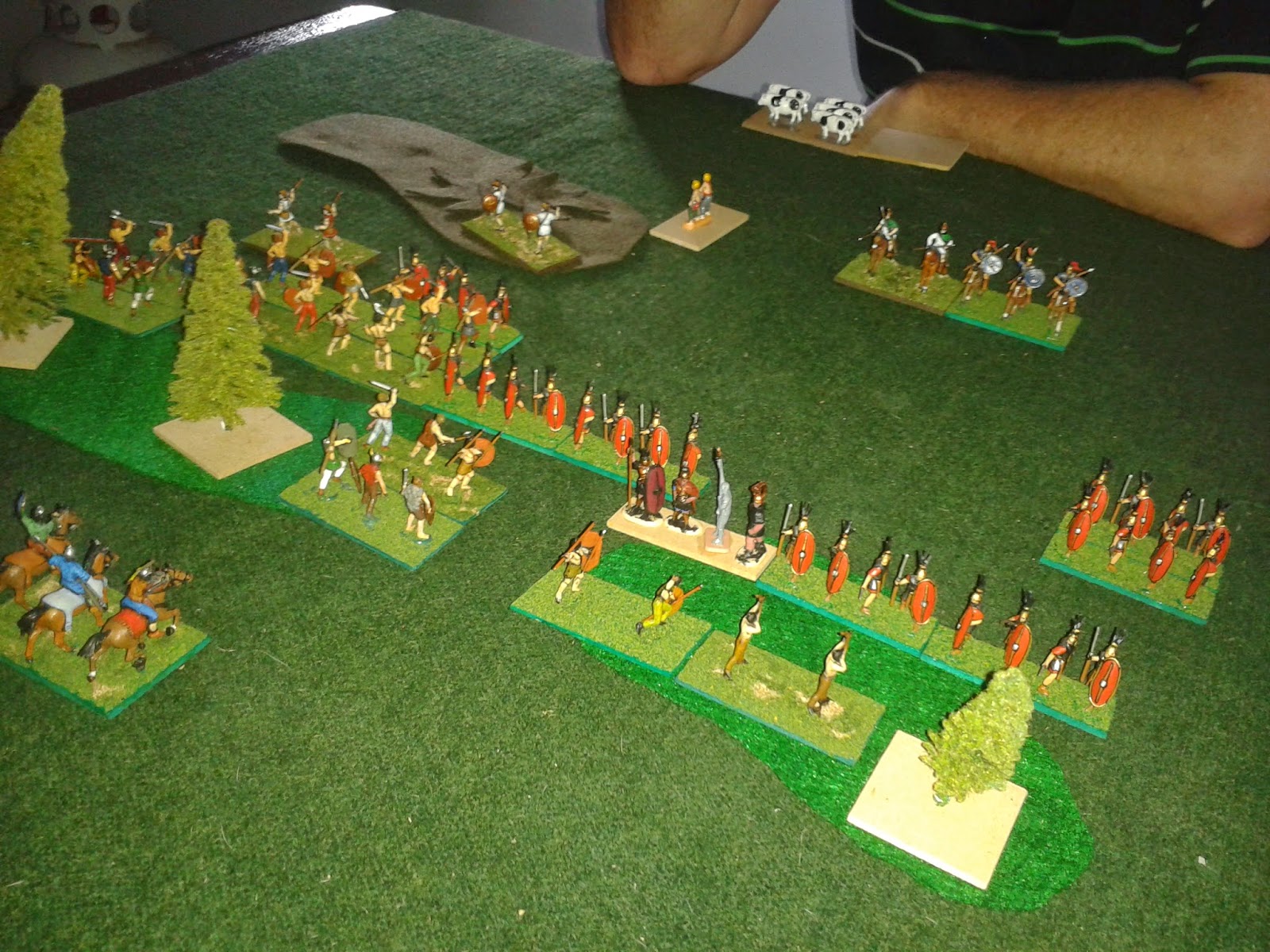 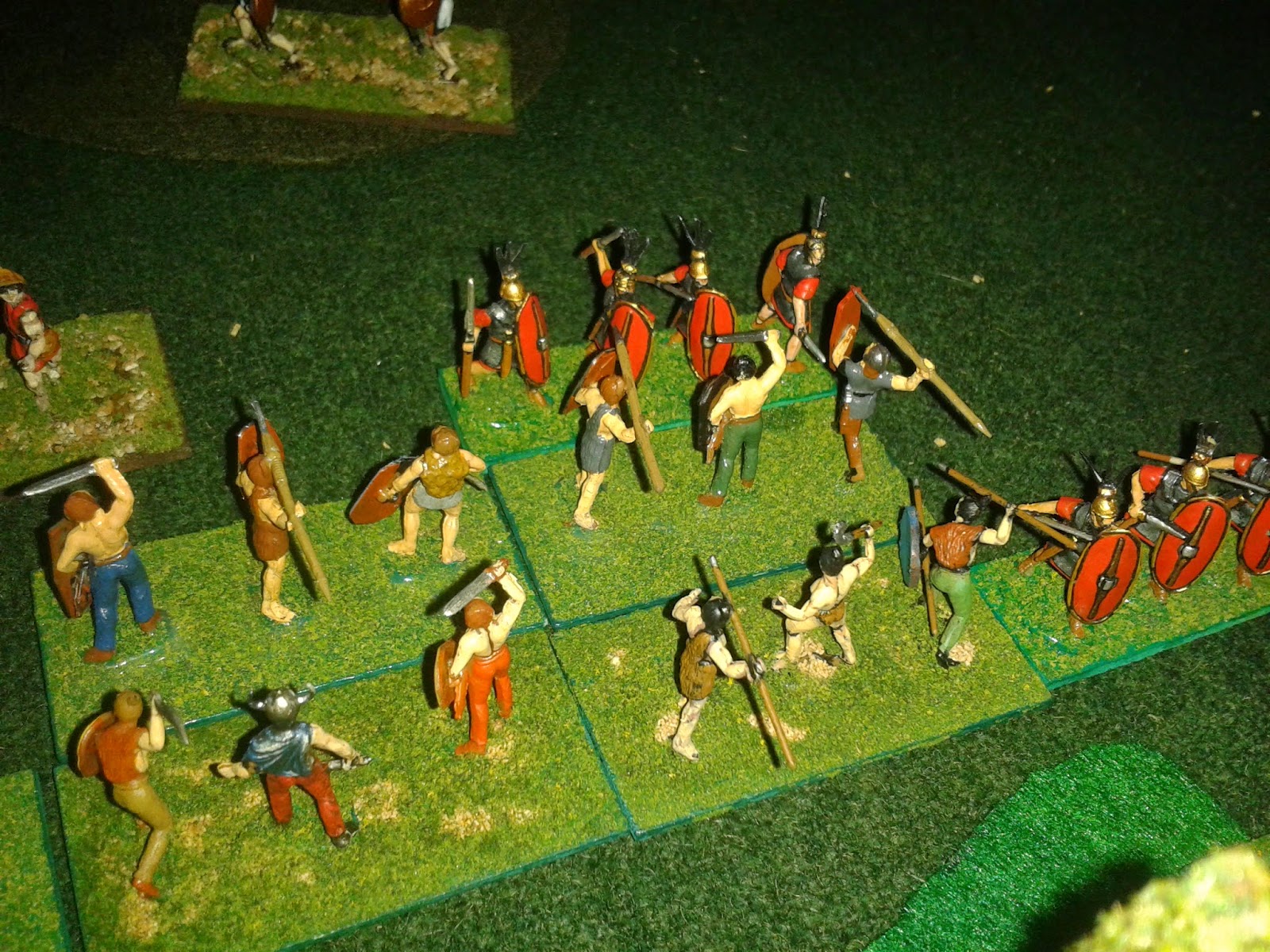 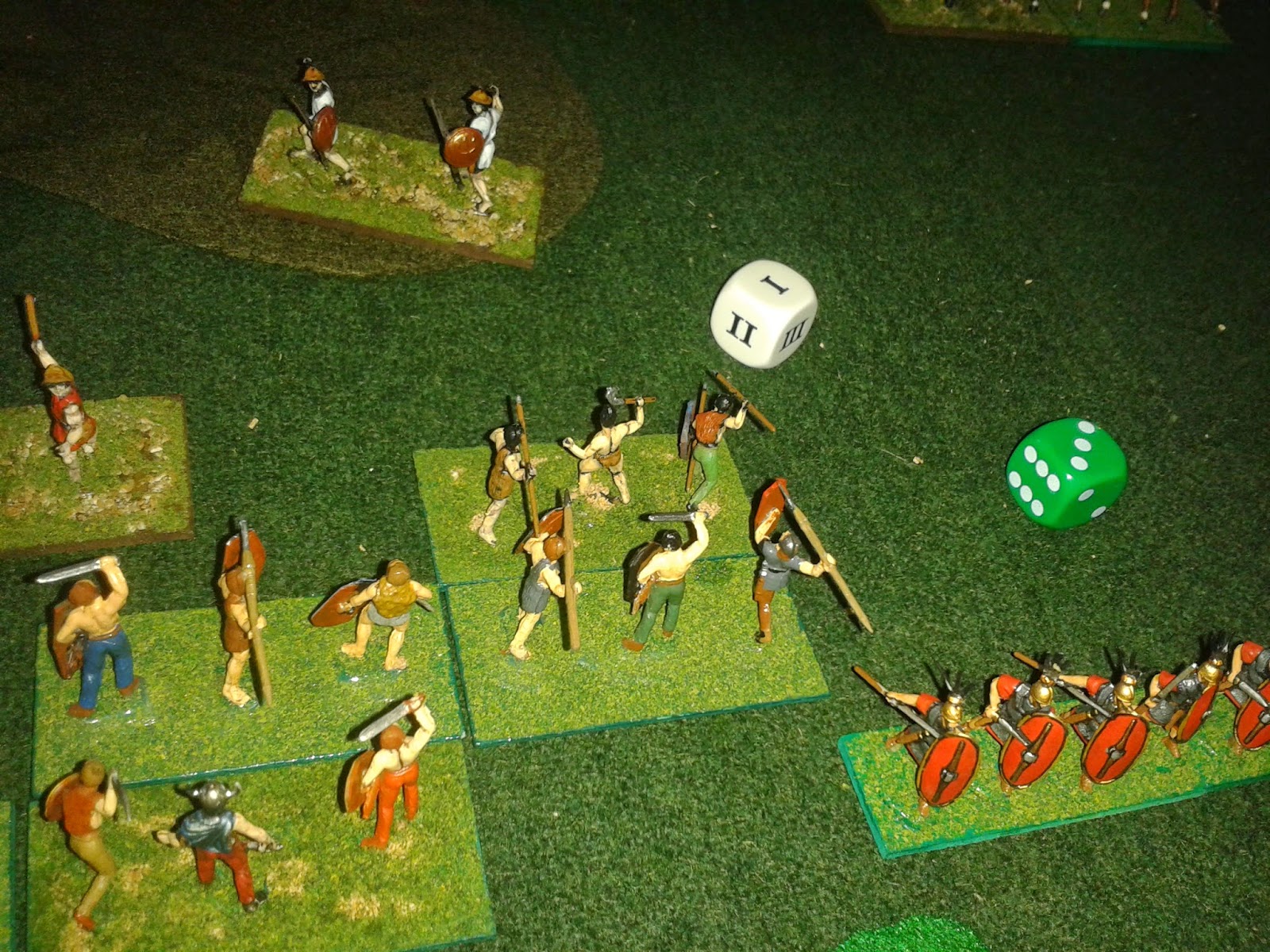 Alas and alak, Stan runs over his mobile reserves. 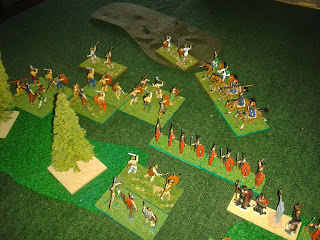 Rather than waiting around, I press my luck. 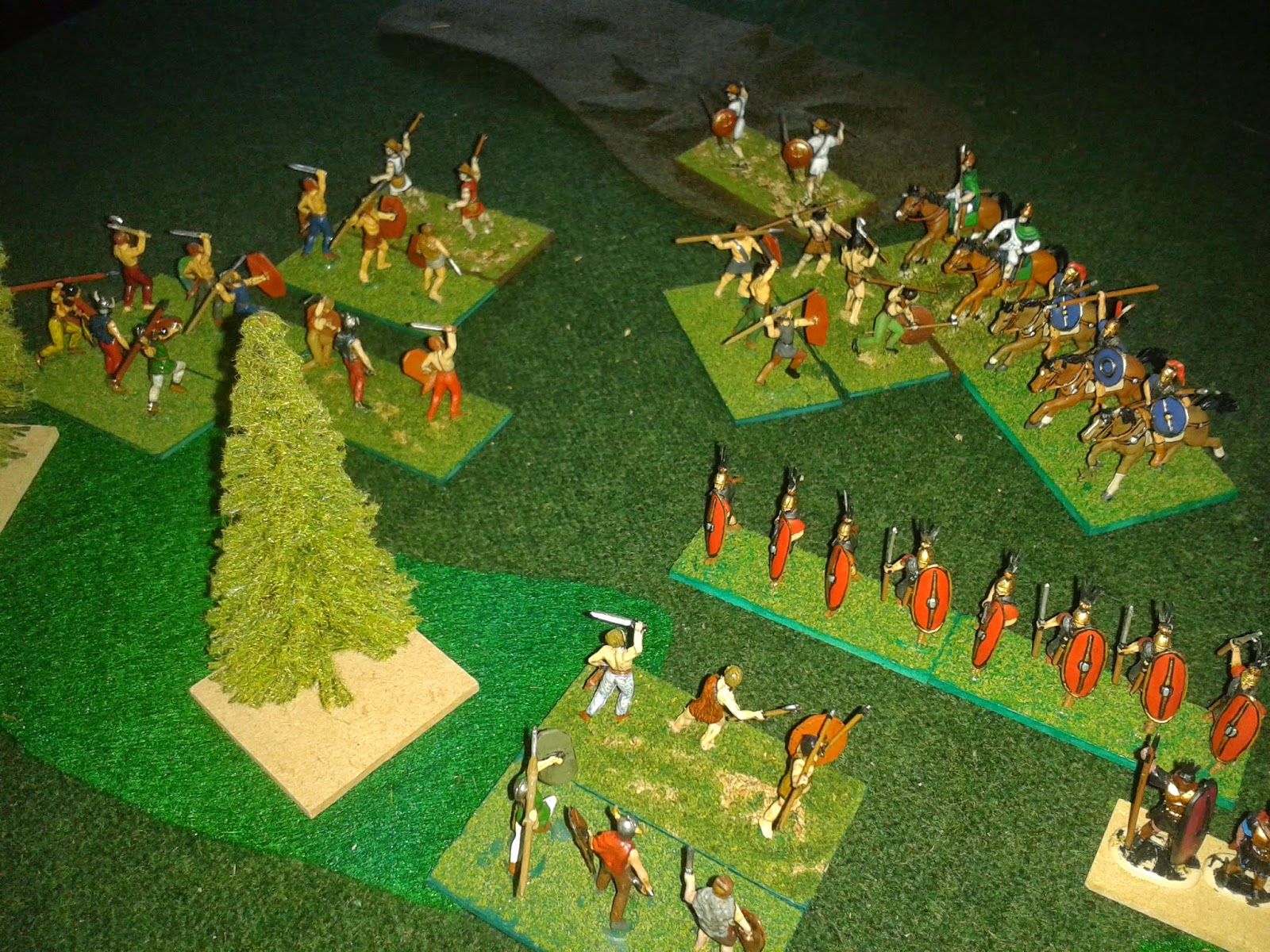 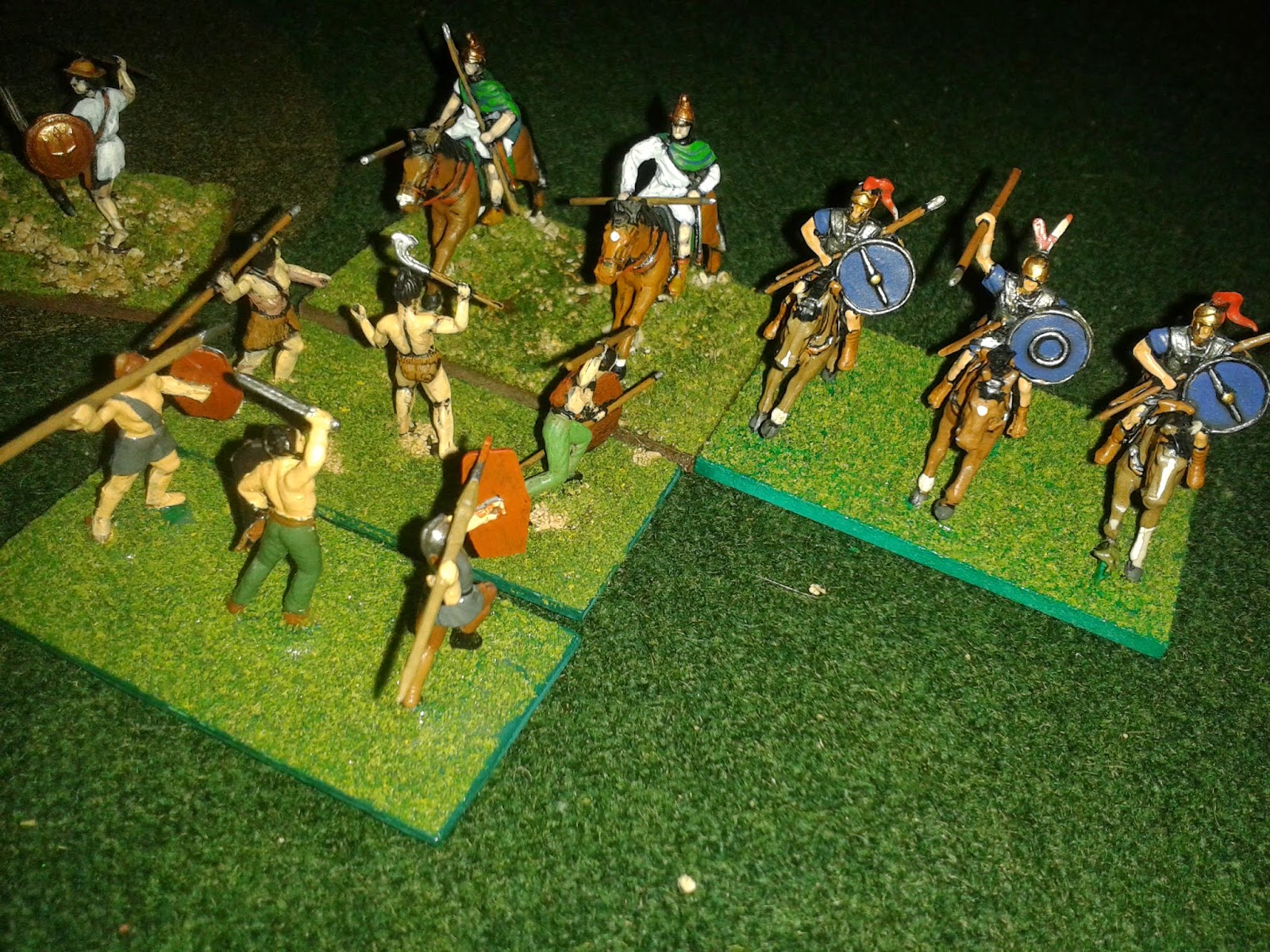 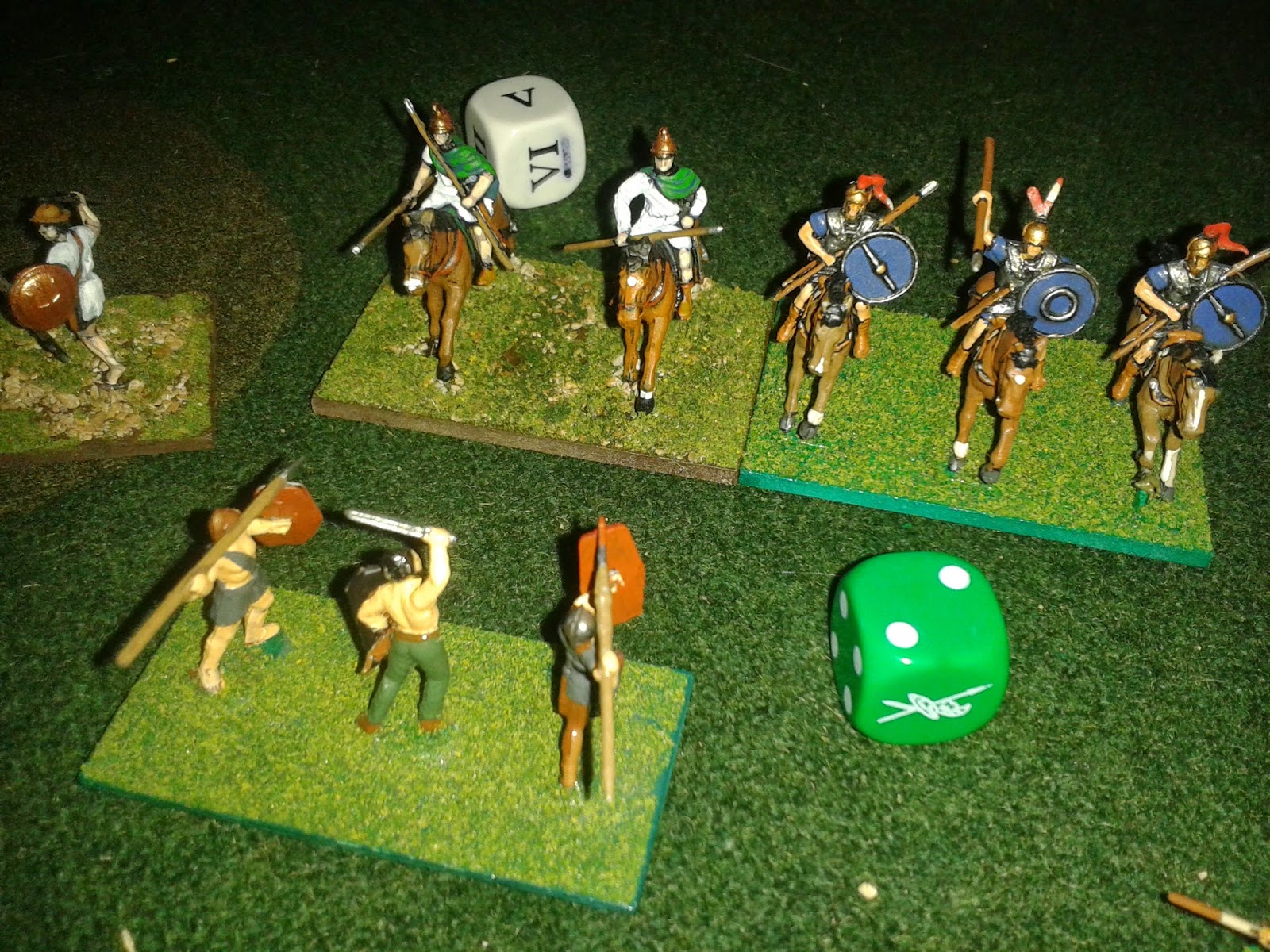 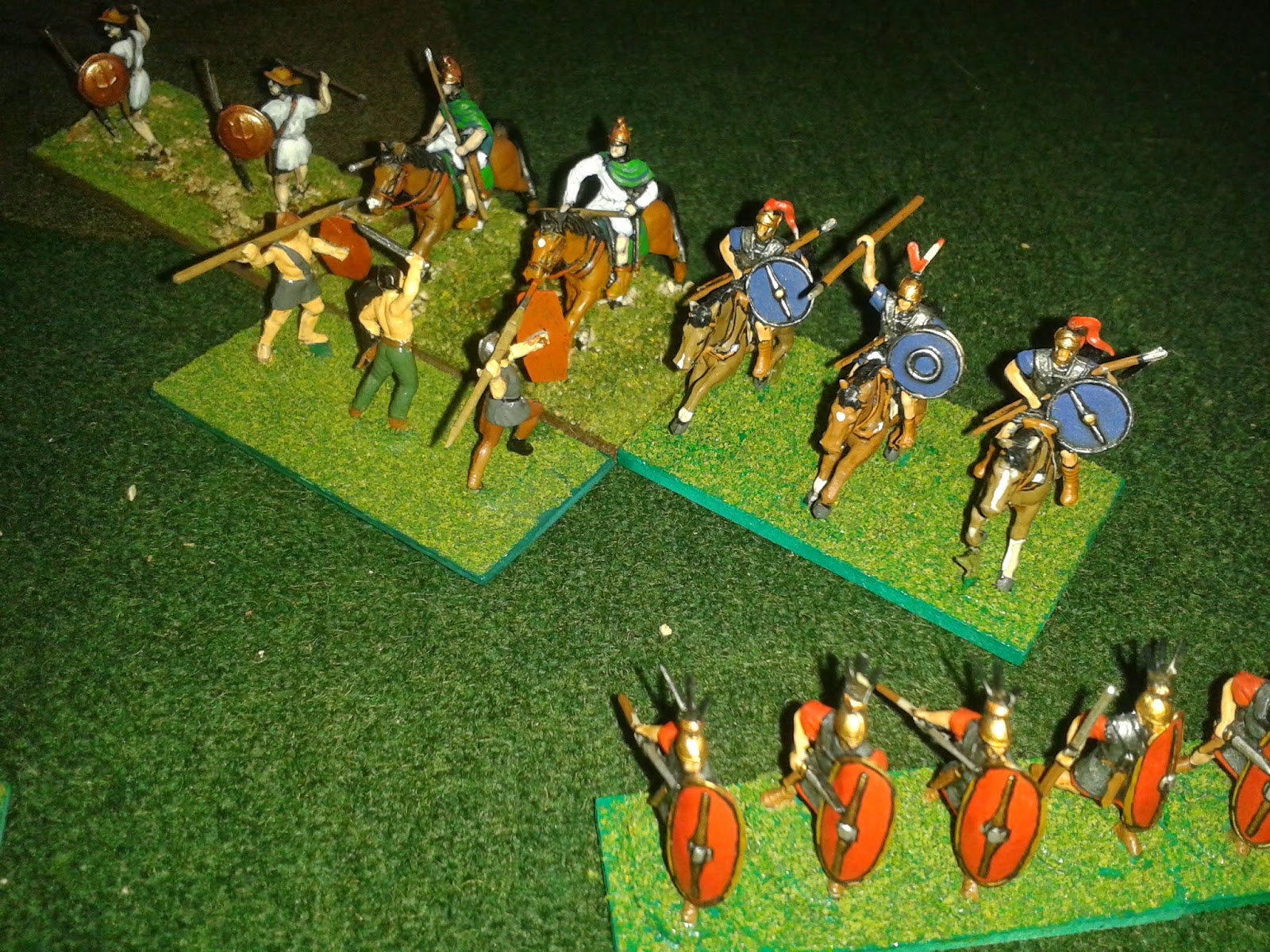 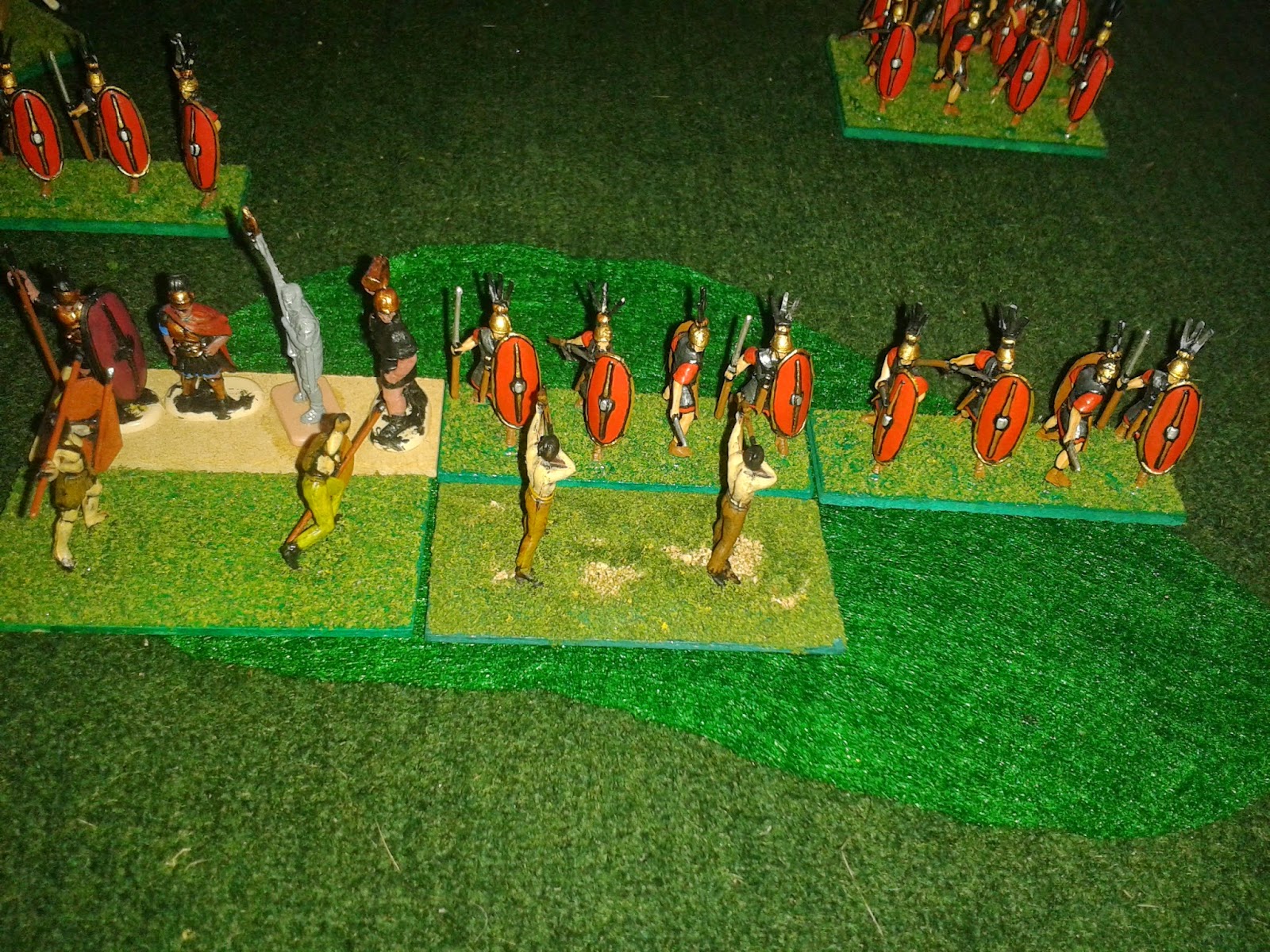 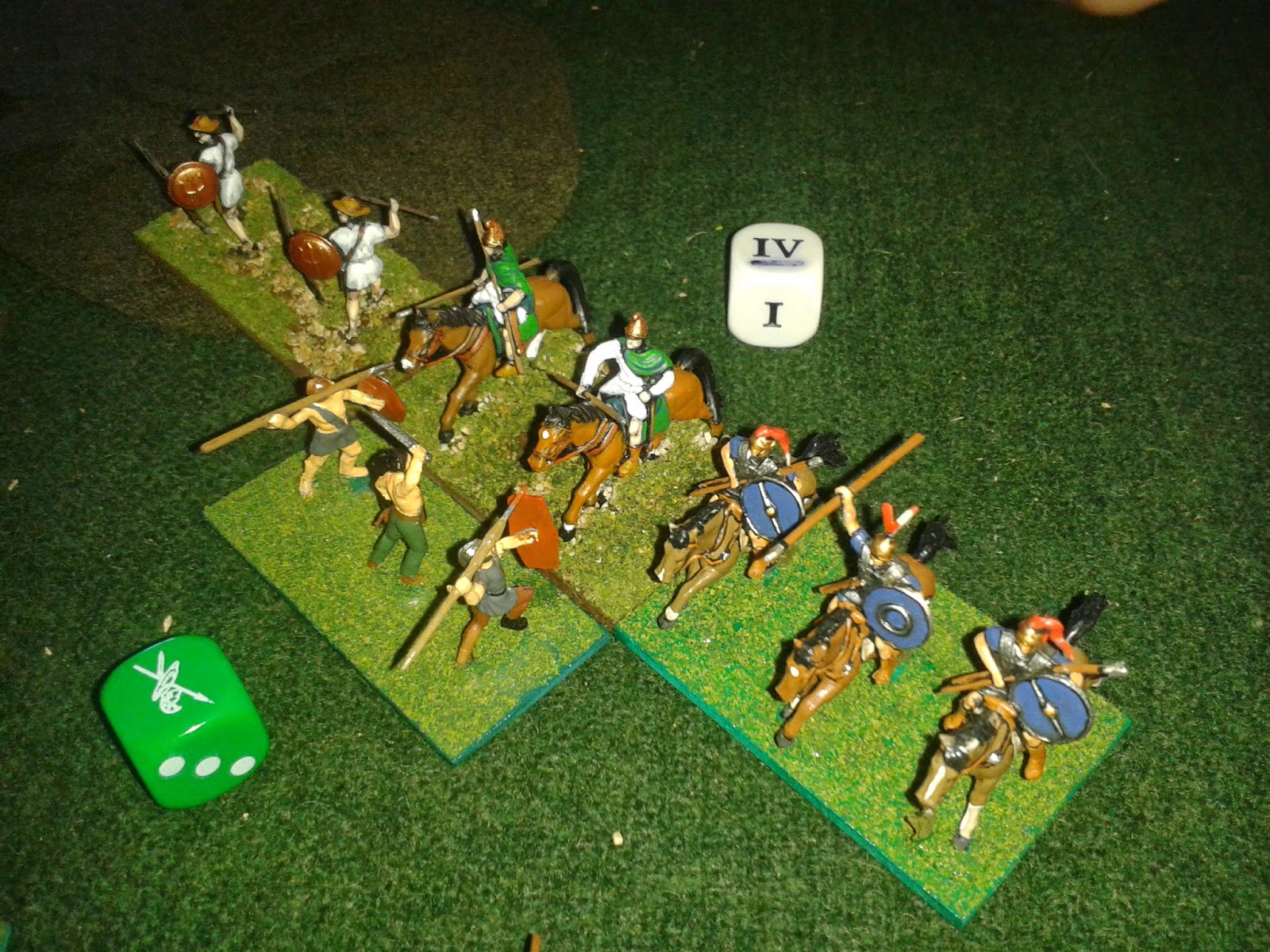 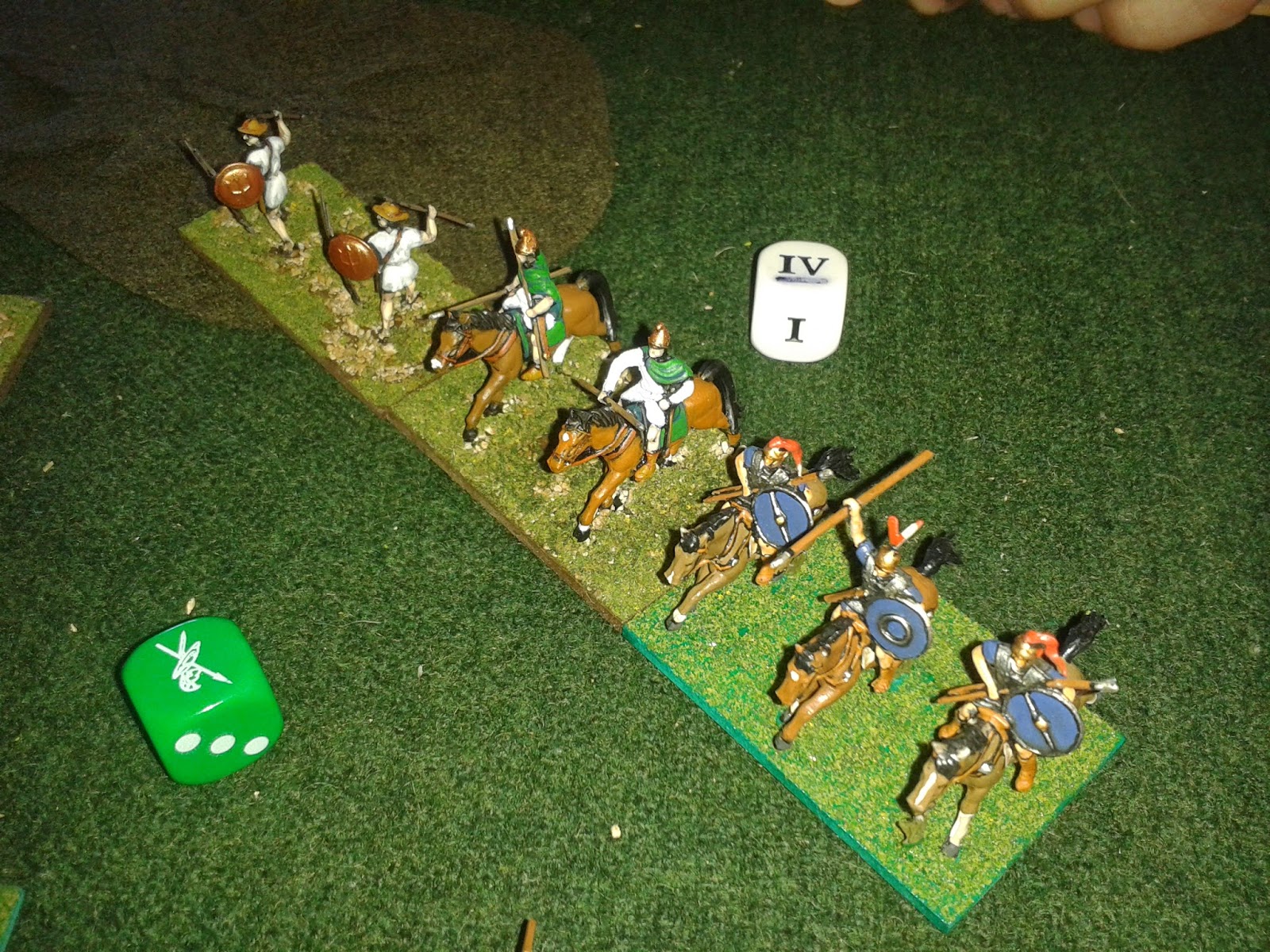 My Skirmishers run. One of them even runs off camera, bottom right. 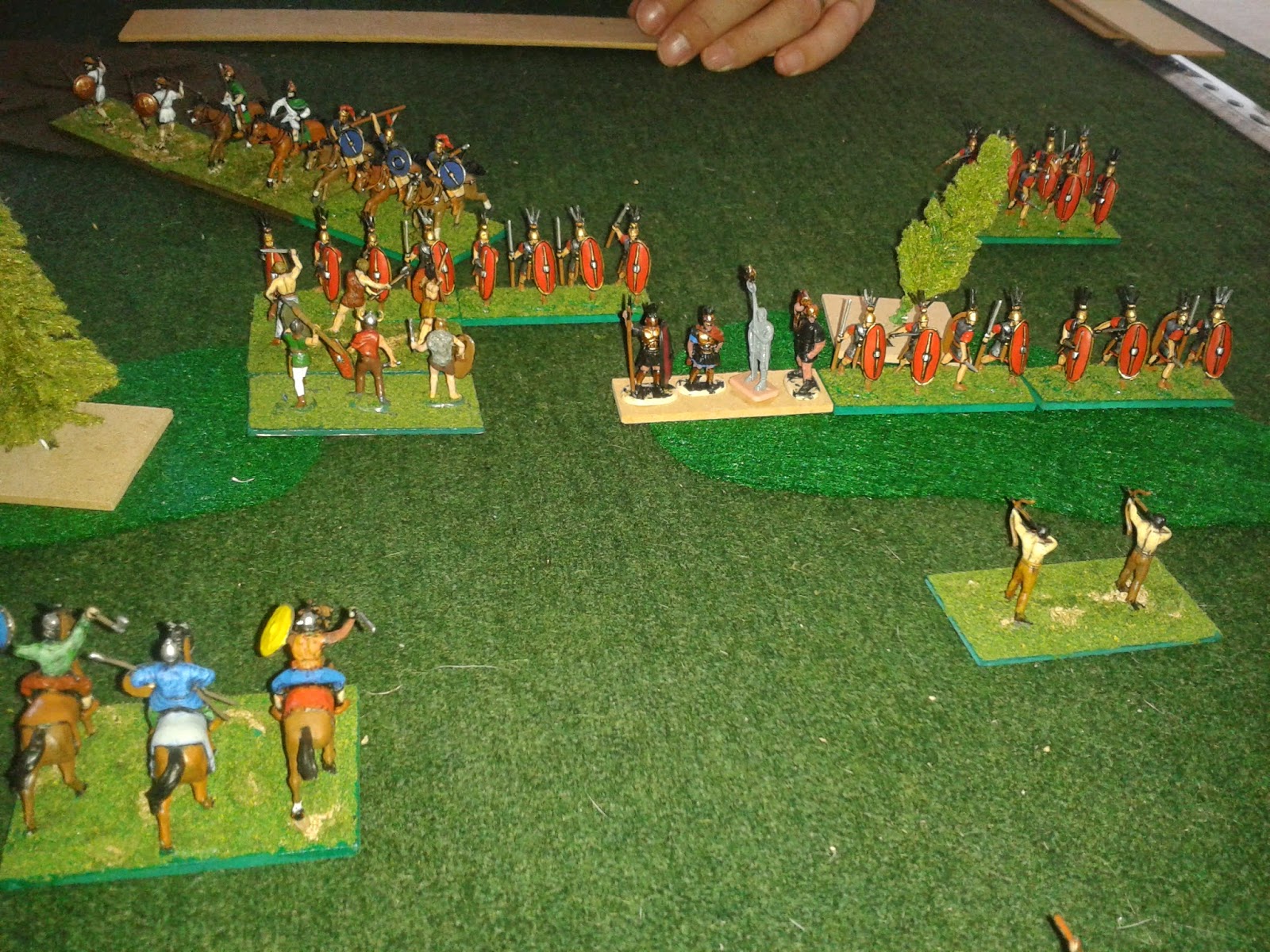 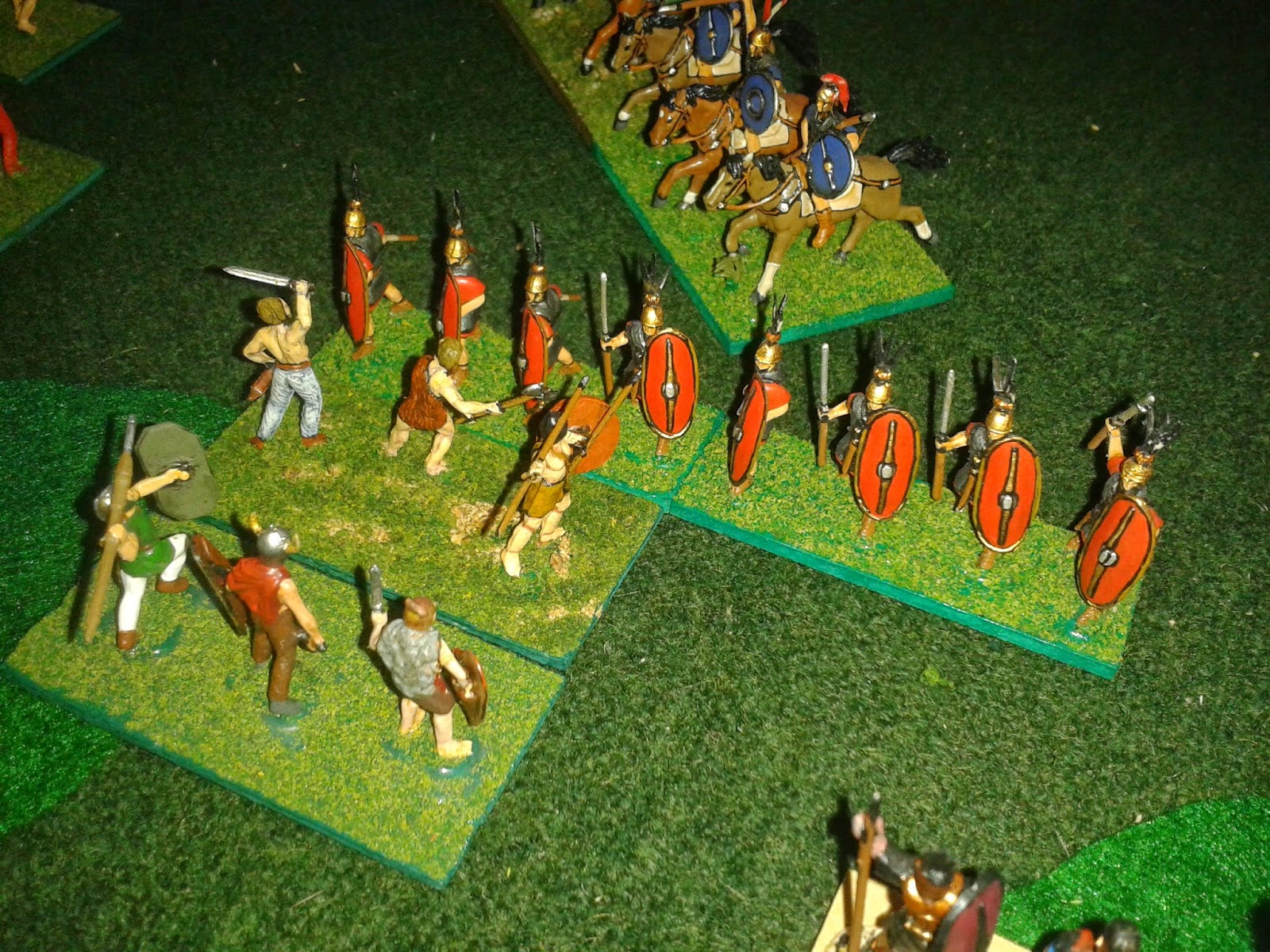 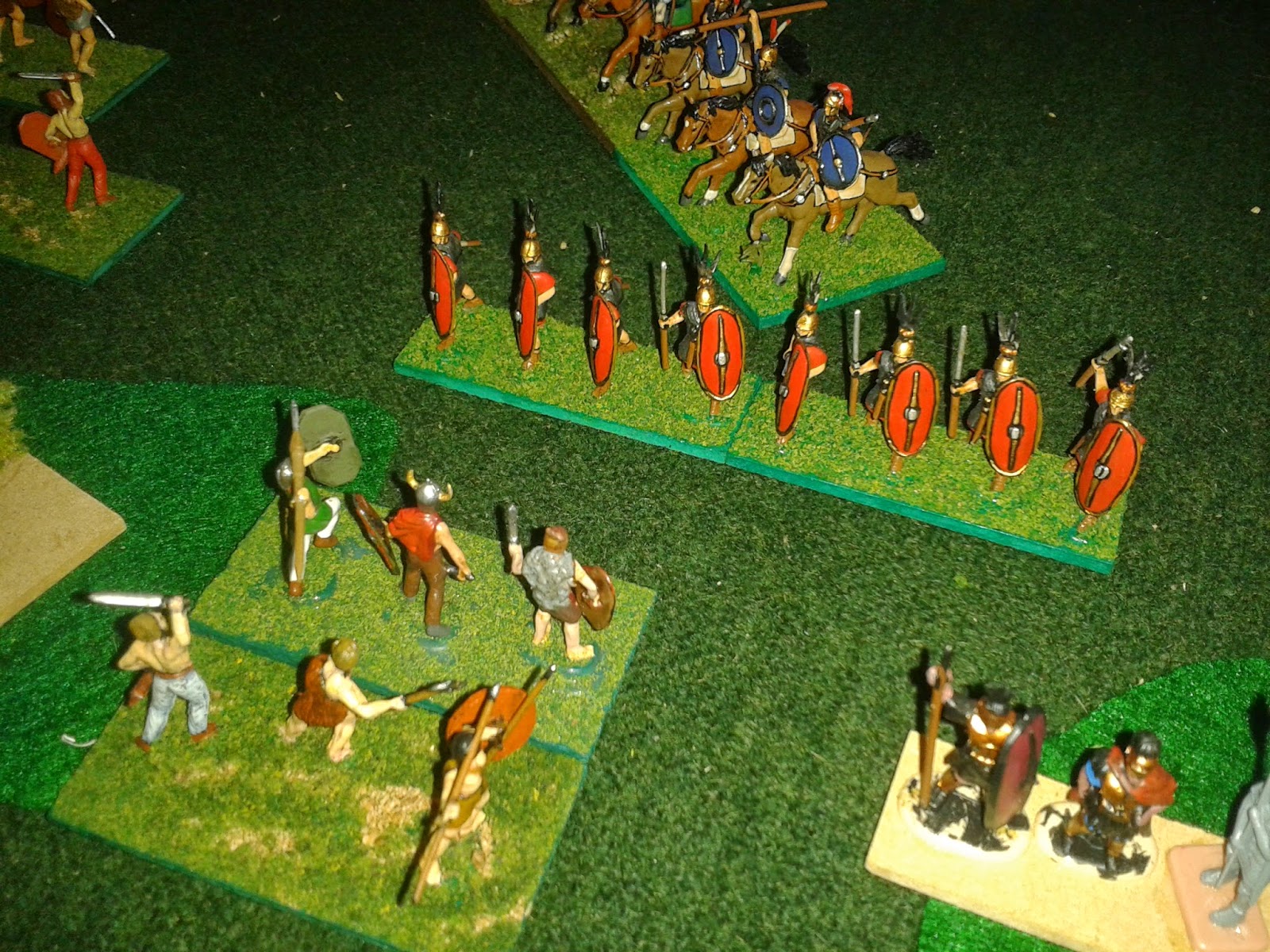 Another recoil for the seemingly ineffectual Warband.

I push forward myself... 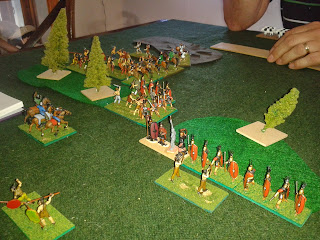 Stan then piles on the pressure. 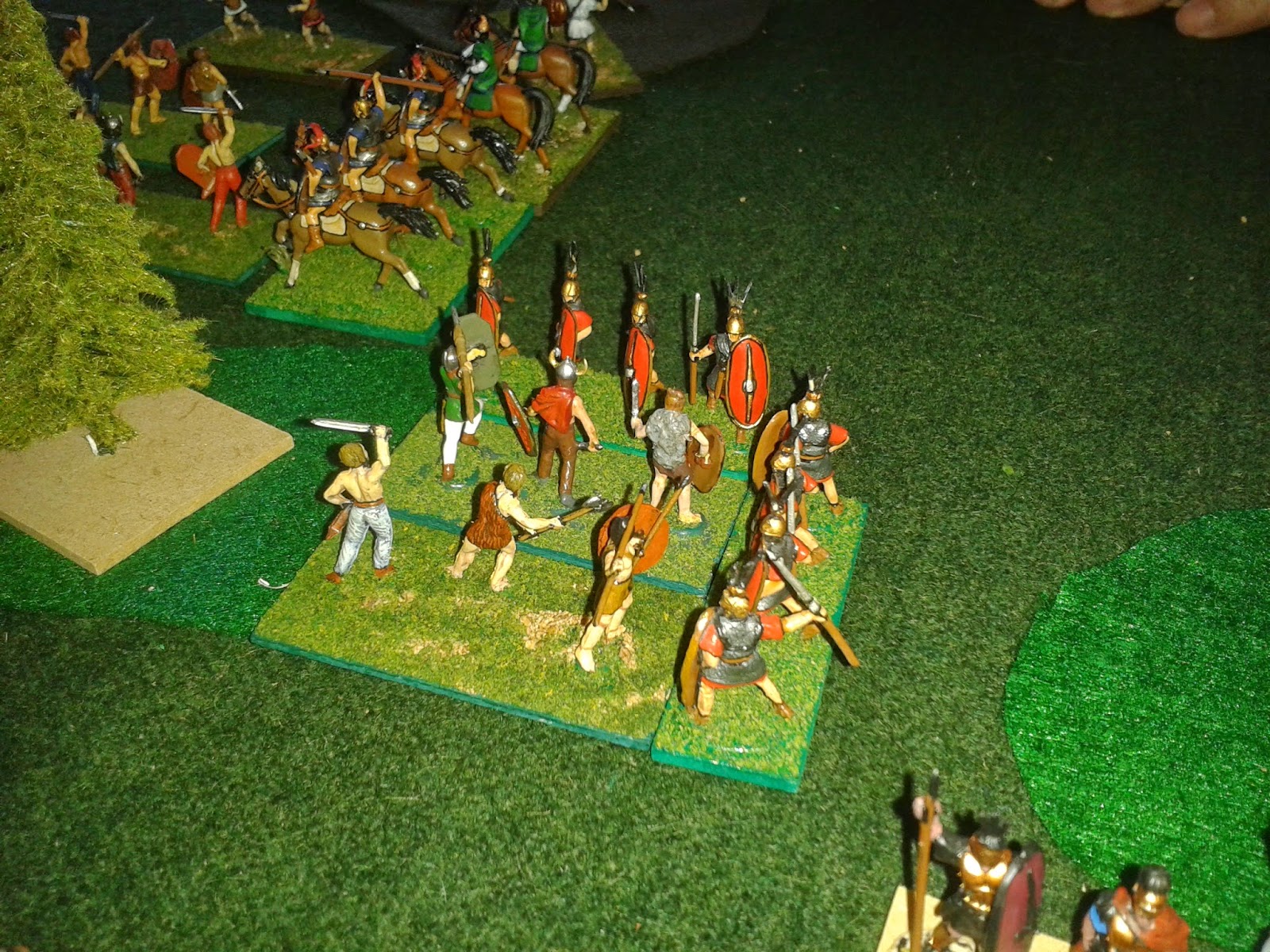 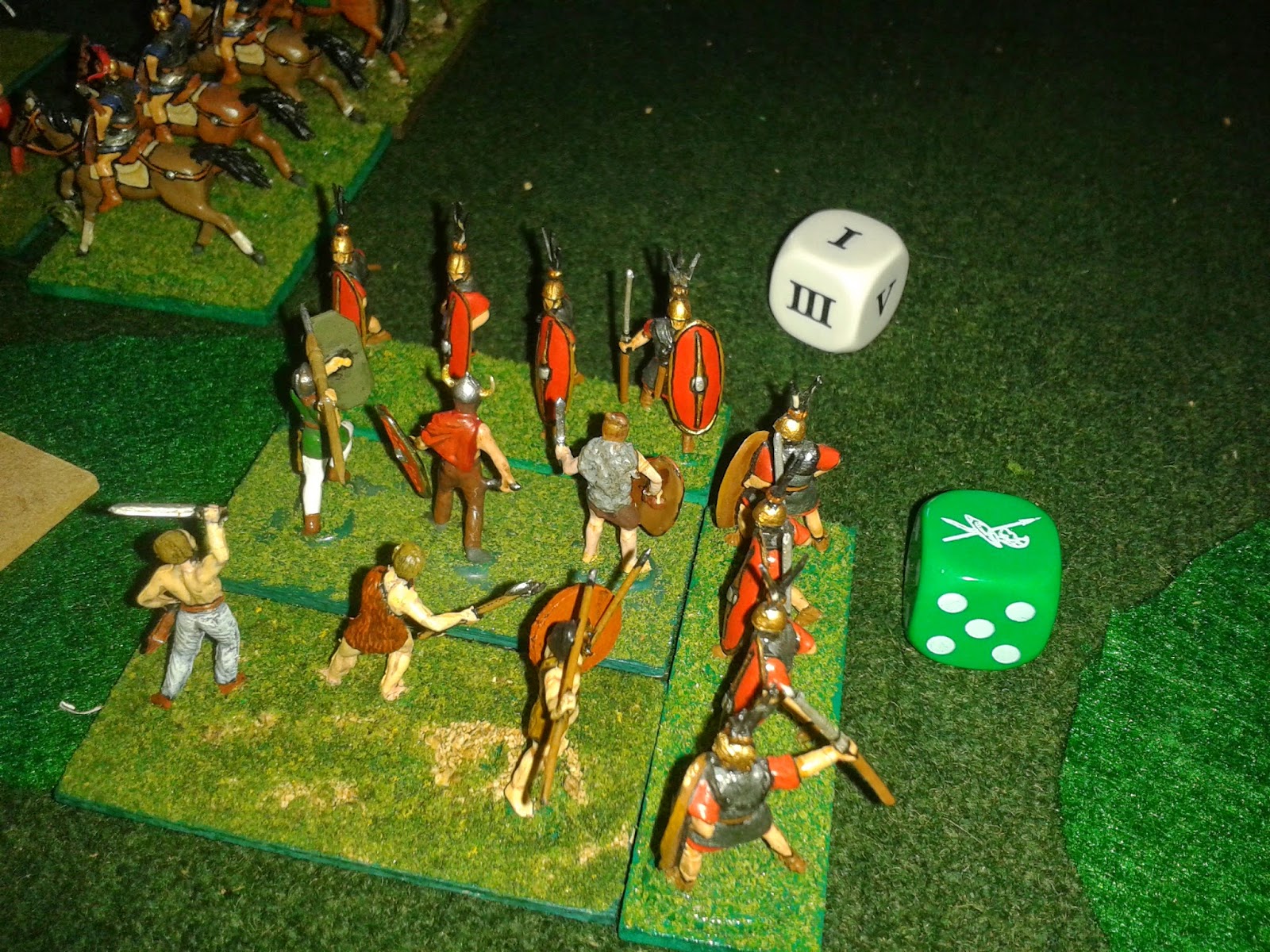 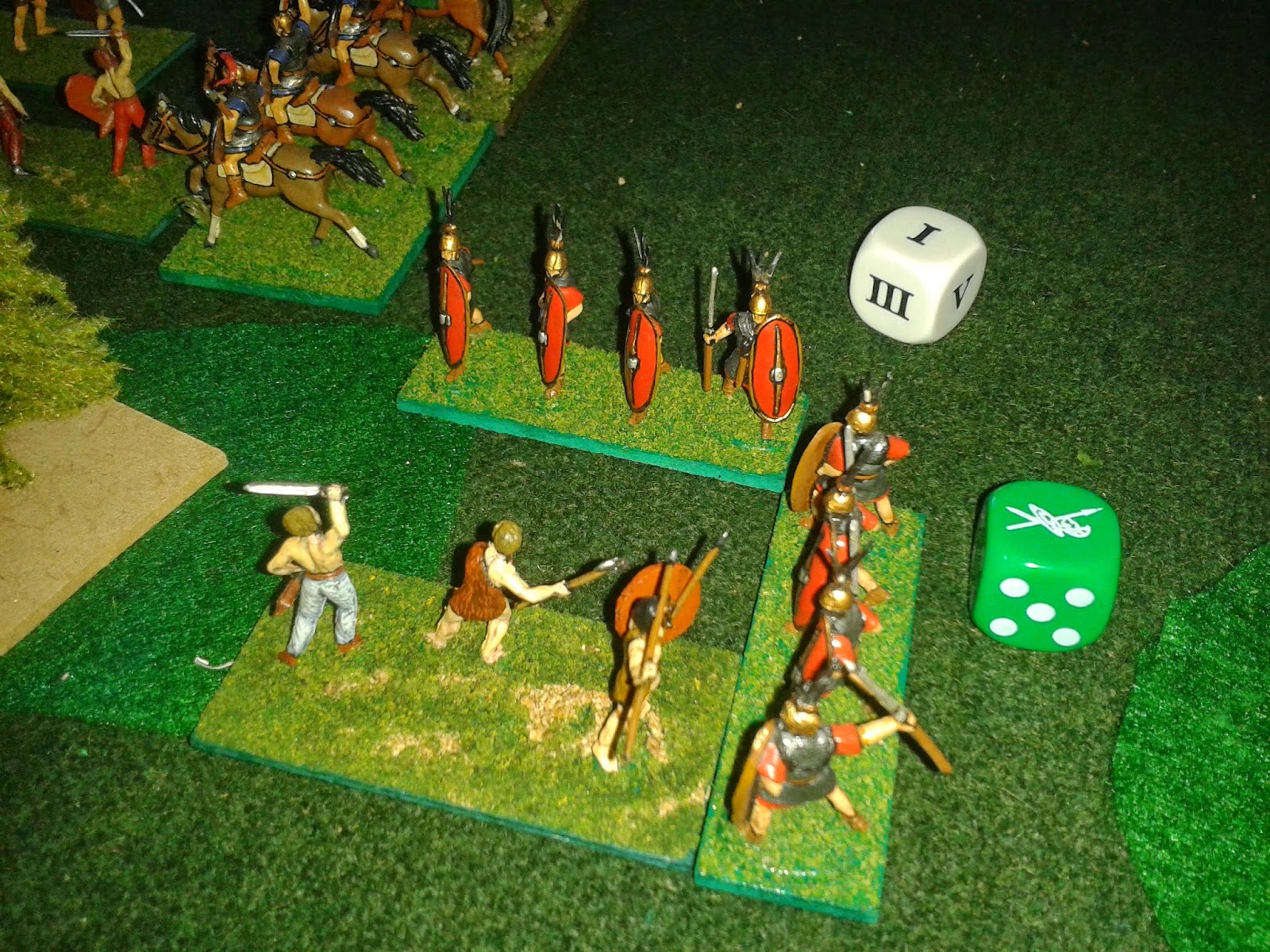