Sooo...after Mark had shown me how not to use my Sarmatians, we swapped out armies, and sides, to try again. This time I took my Book I/List 52f Later Athenian Hoplite Greeks...
...against my Later Sarmatians...
...this time under more...competent...leadership.

As I was the defender, I set out an Edifice (that's Mars and his temple surrounds!), and two woods which Mark decided to deploy in front of. 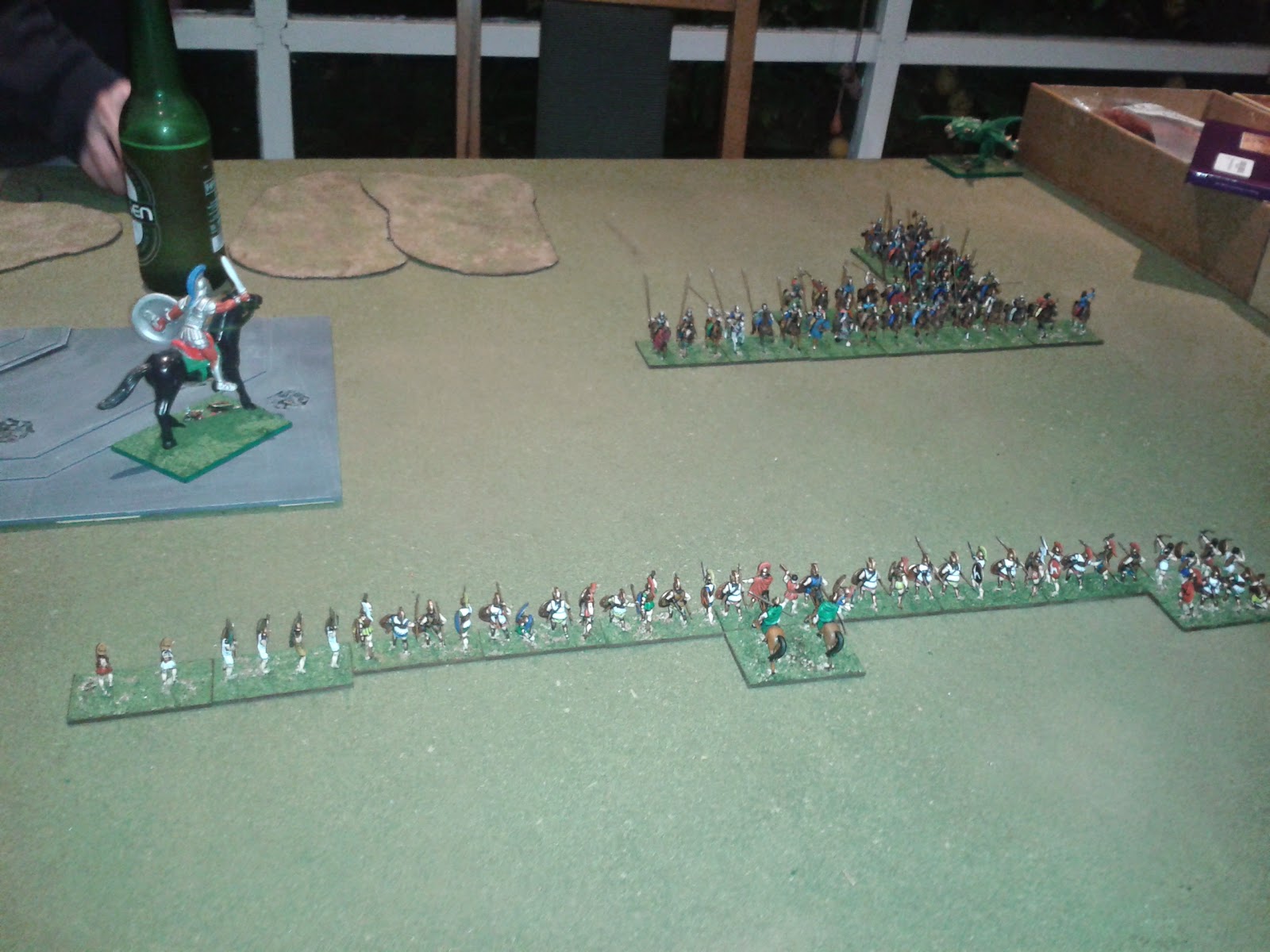 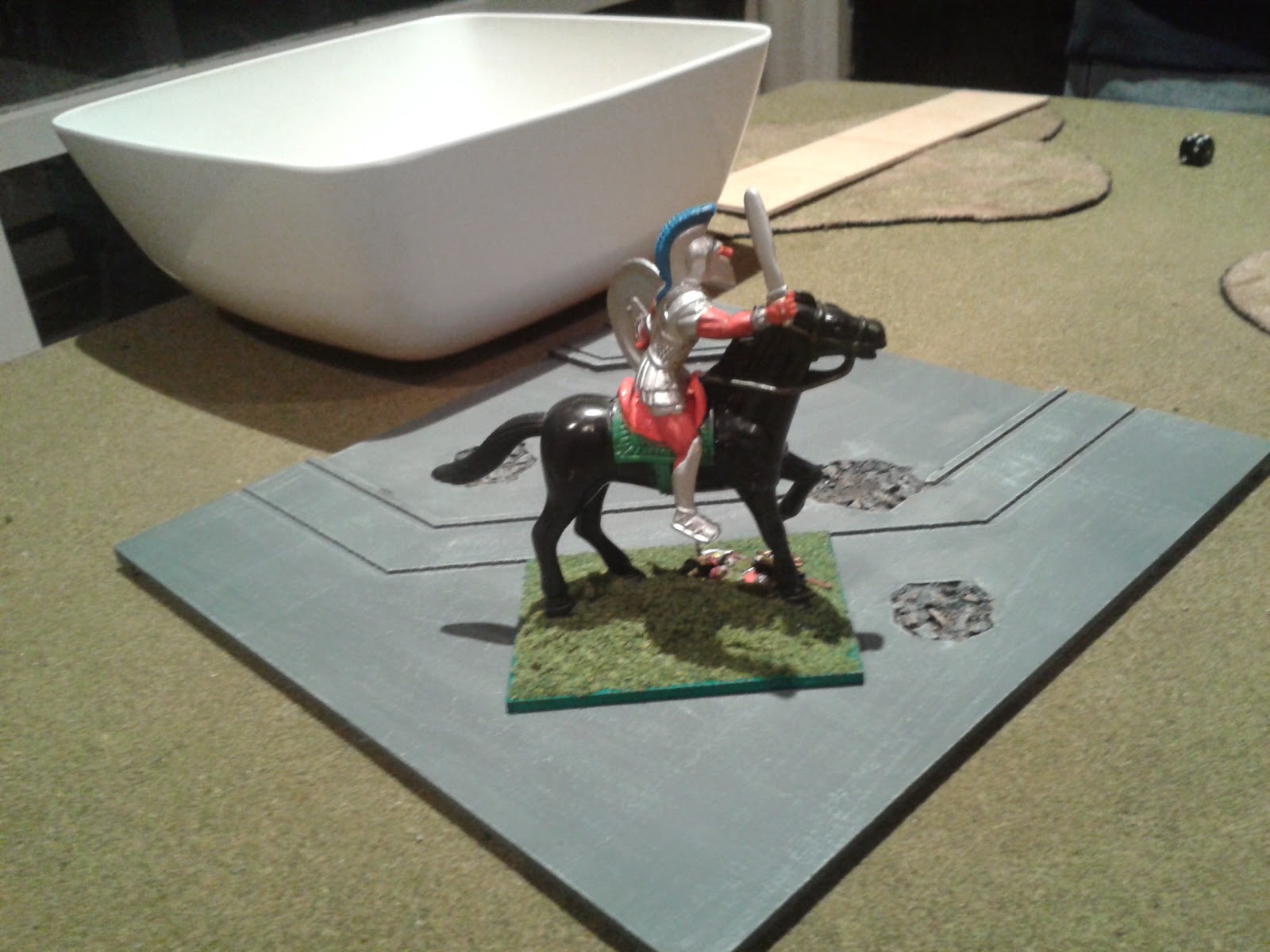 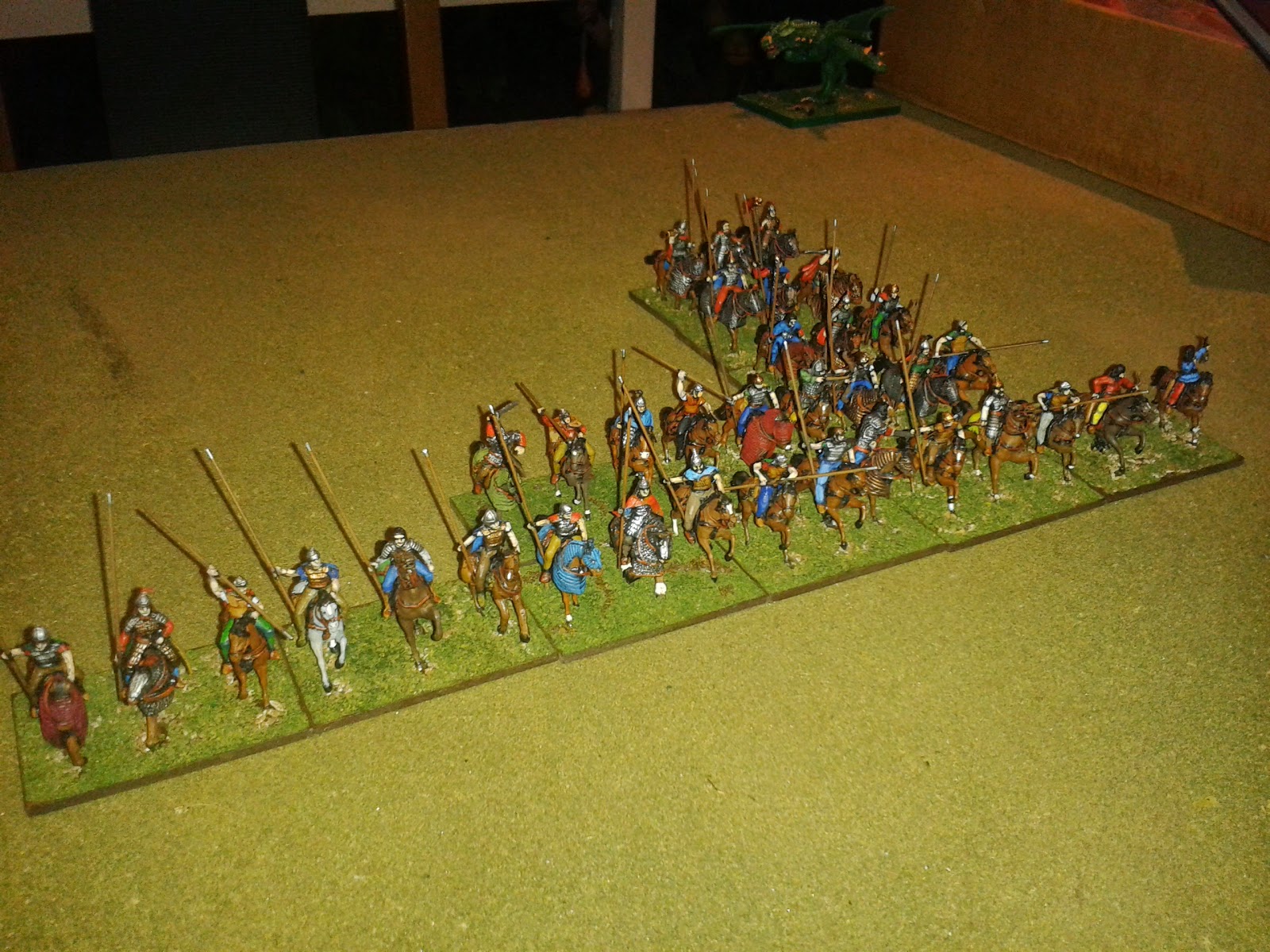 Early on, Mark zips his Light Horse behind my line... 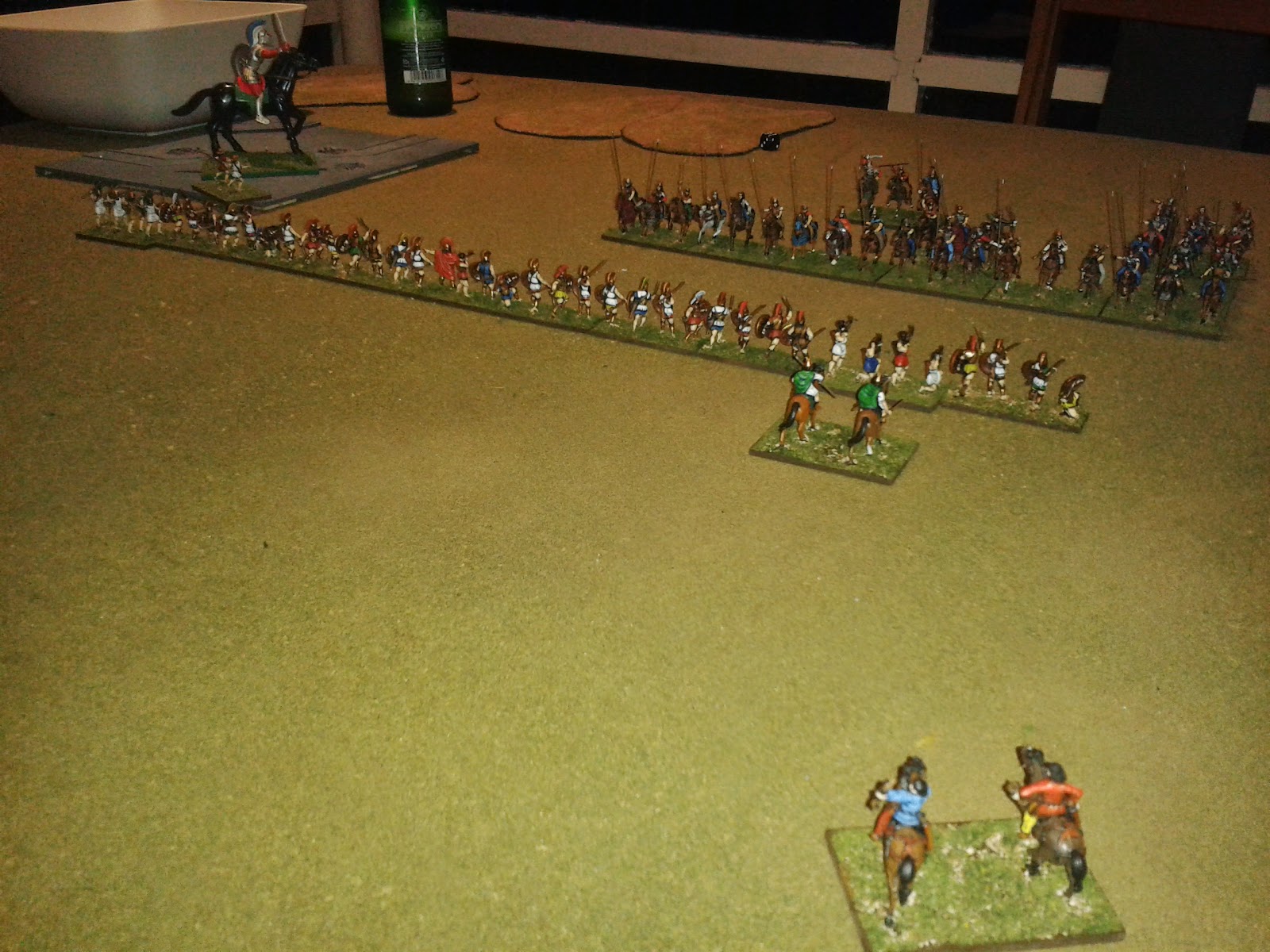 ...my response to which was to send back my own mounted element. Note singular terms.

I also realised that my right was now rather exposed so try to rush over my Auxilia in a vain effort to protect my flank. 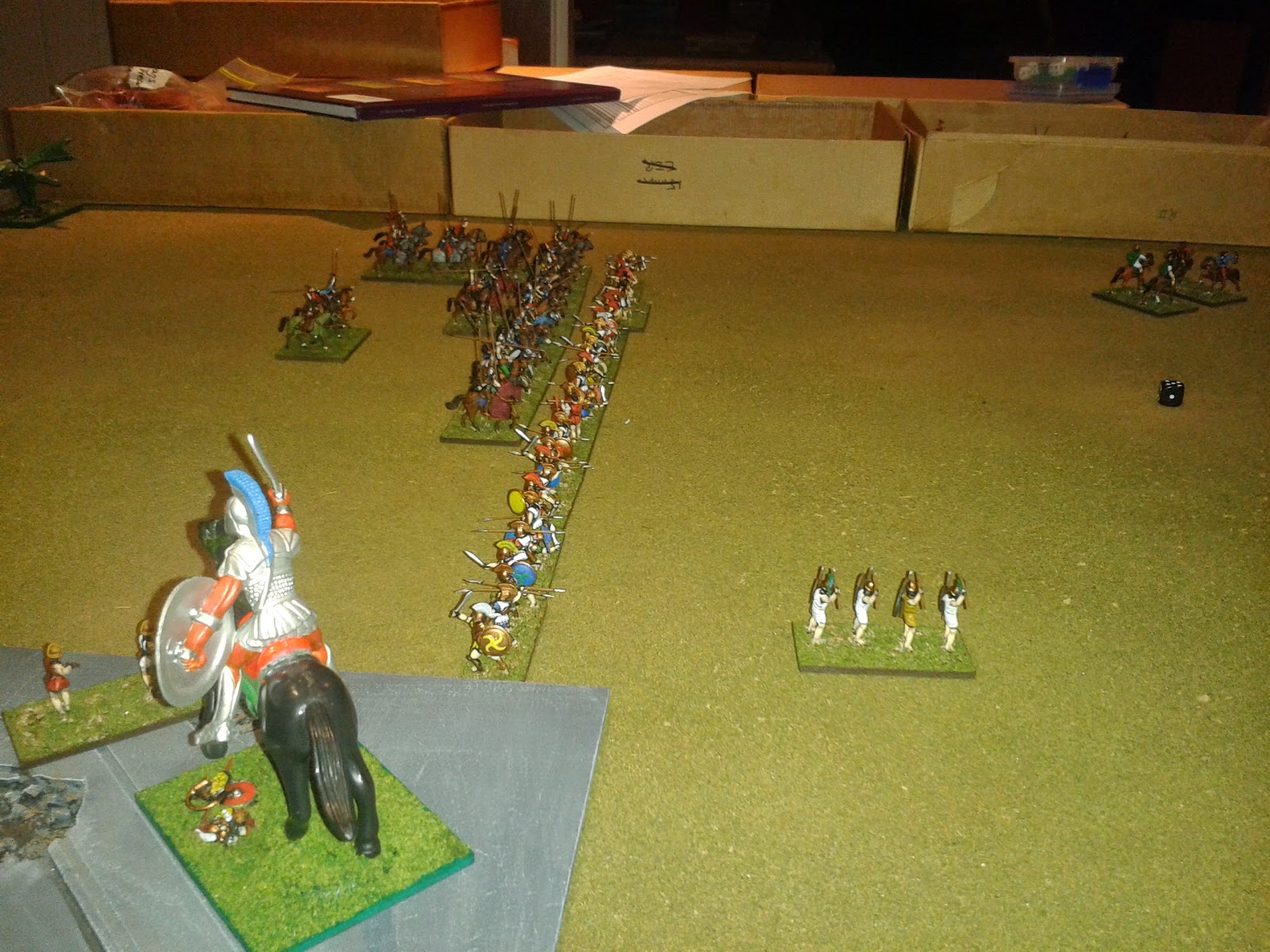 In the meantime..."Here they come!" 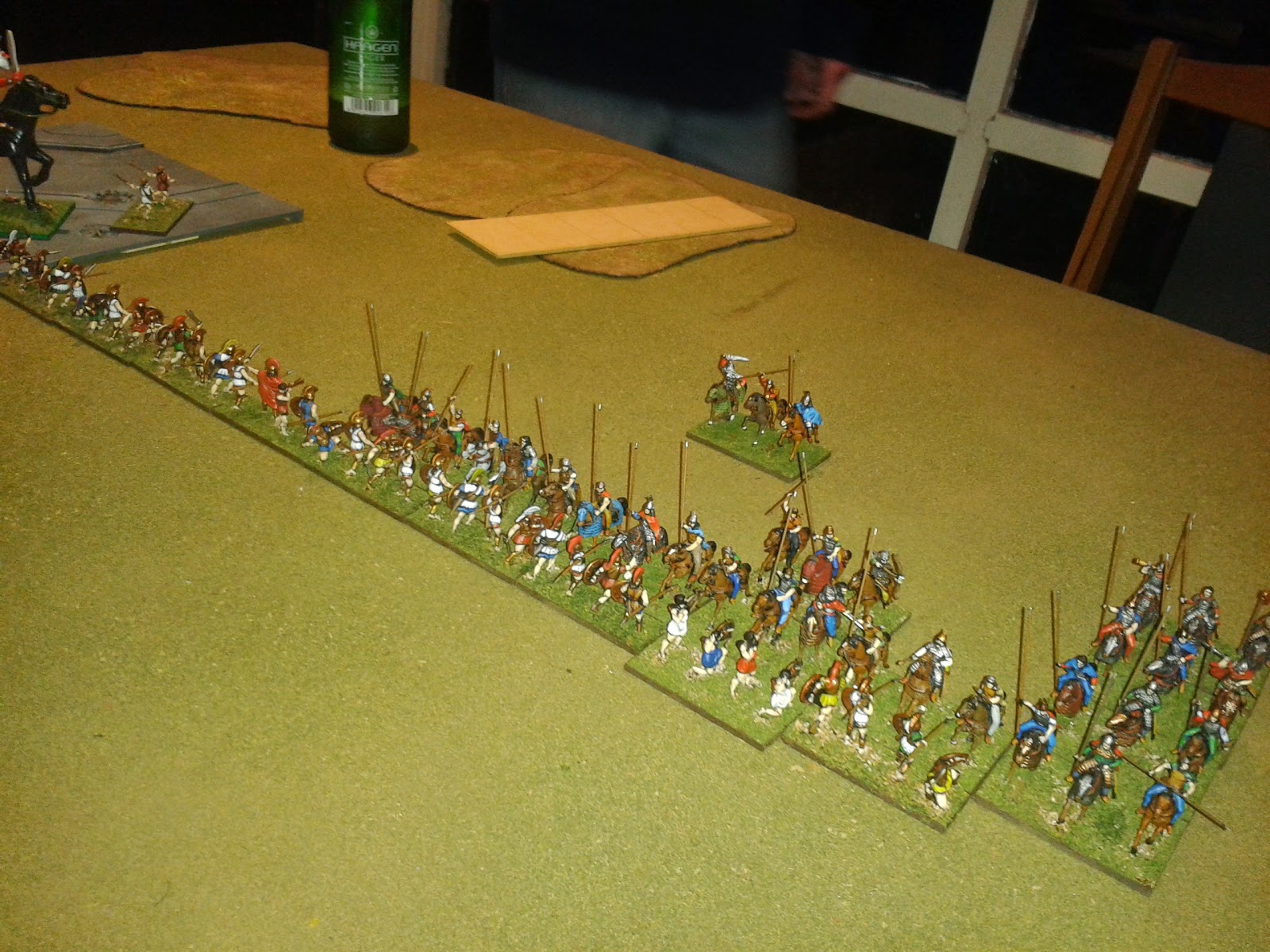 My bows, which had worked so well for Mark last time, let loose... 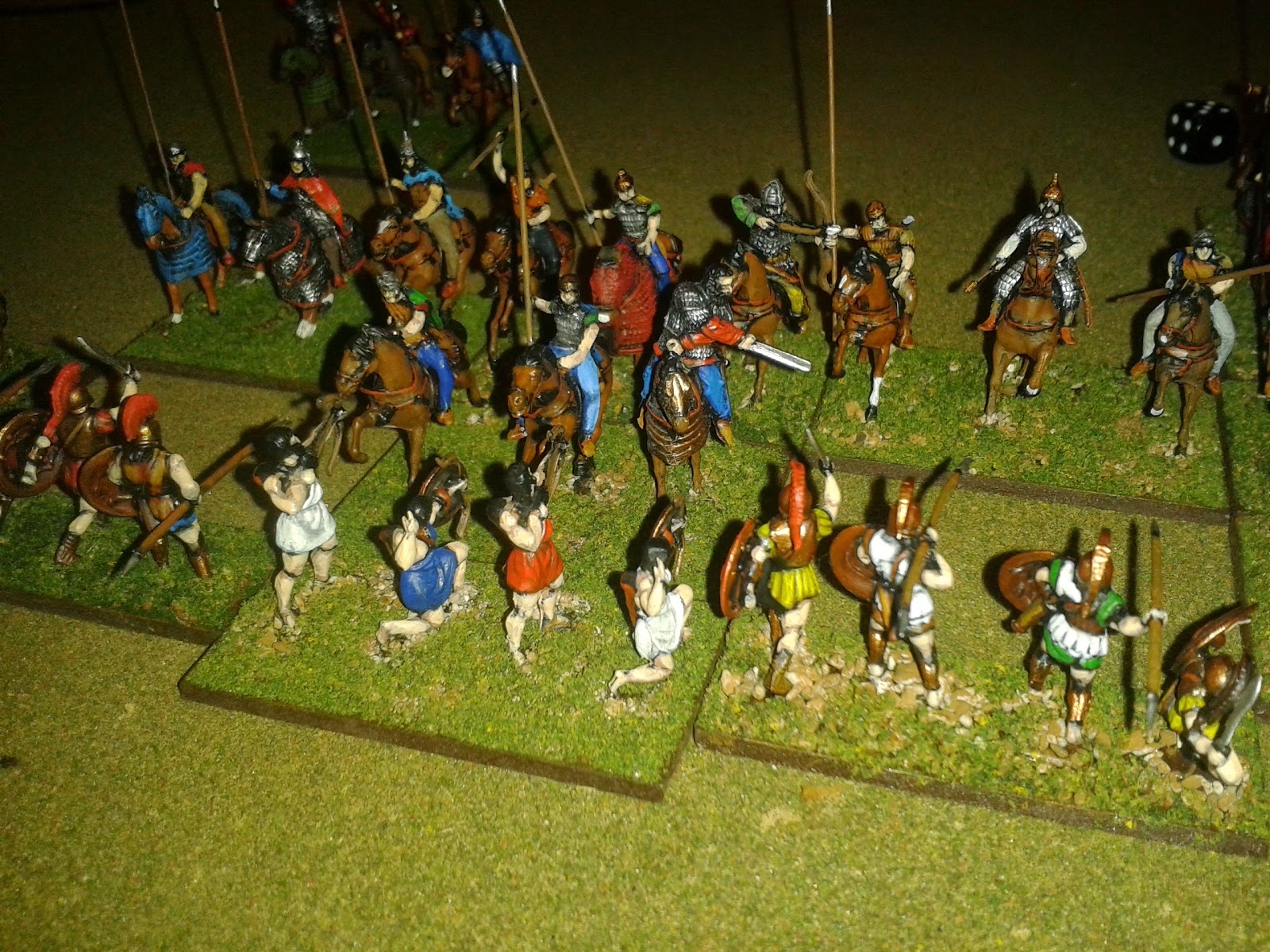 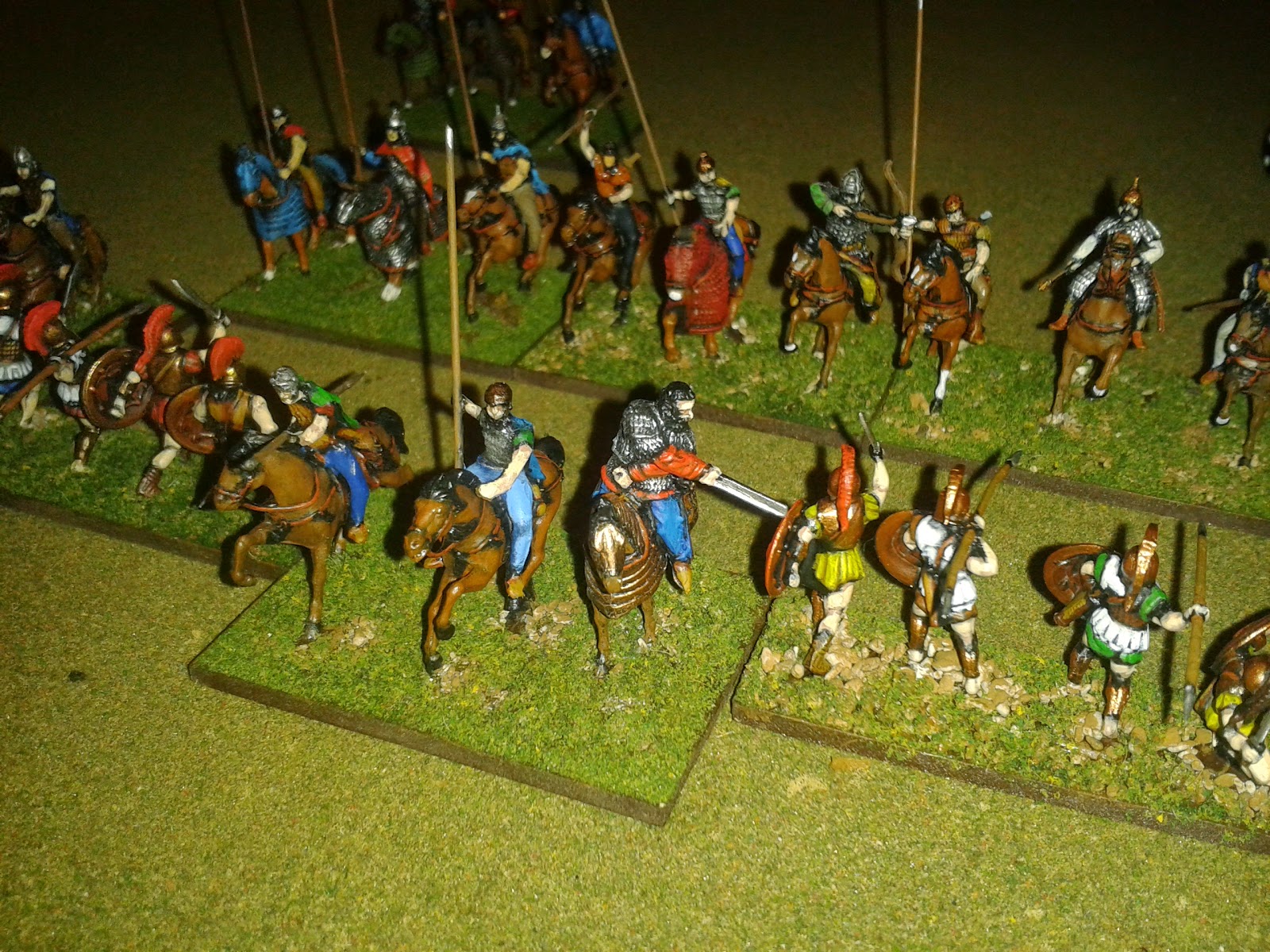 Whilst, and at the same time, the two Light Horse elements just stare each other out. Even though these steppe archers were looking the other way. 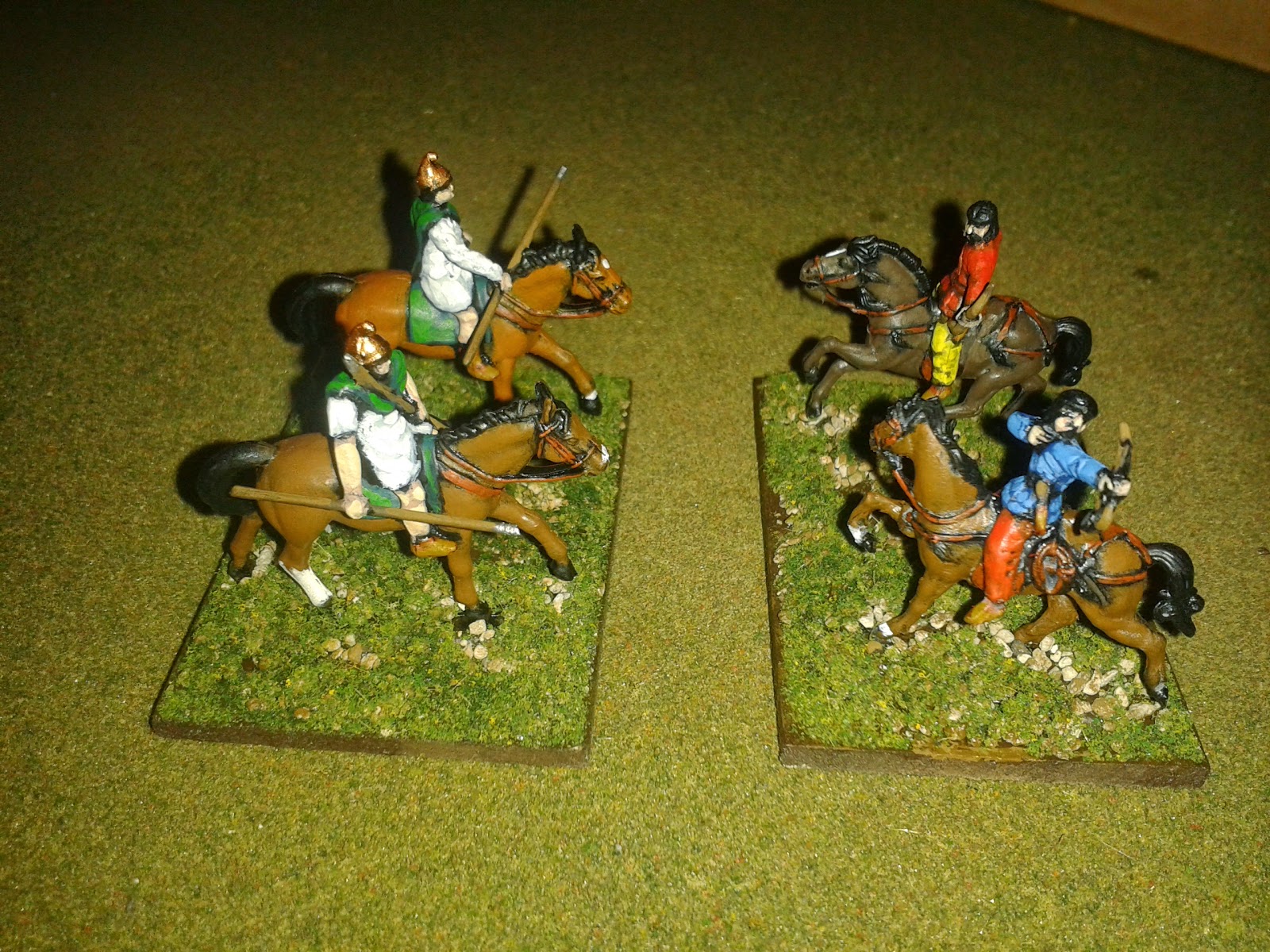 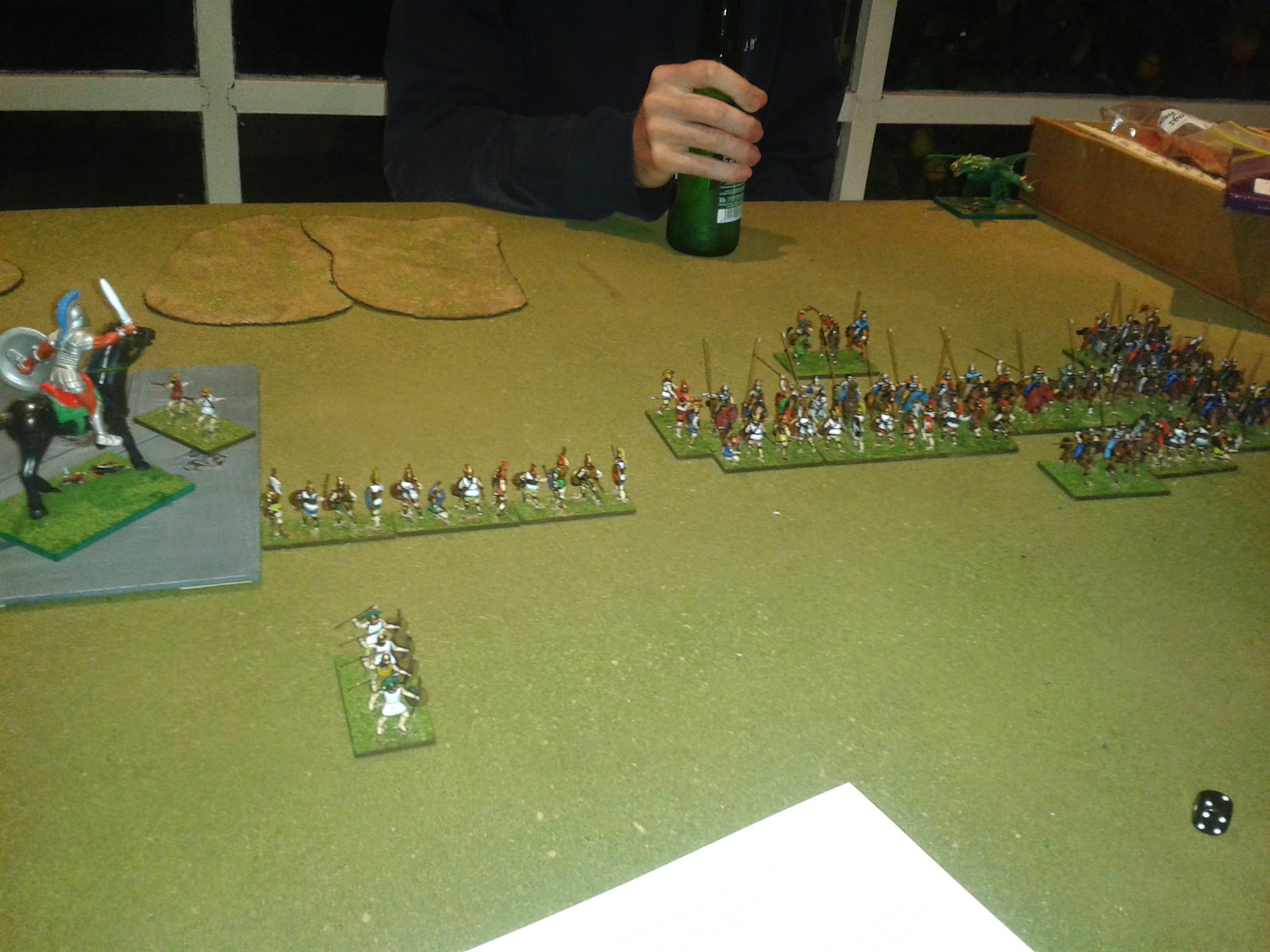 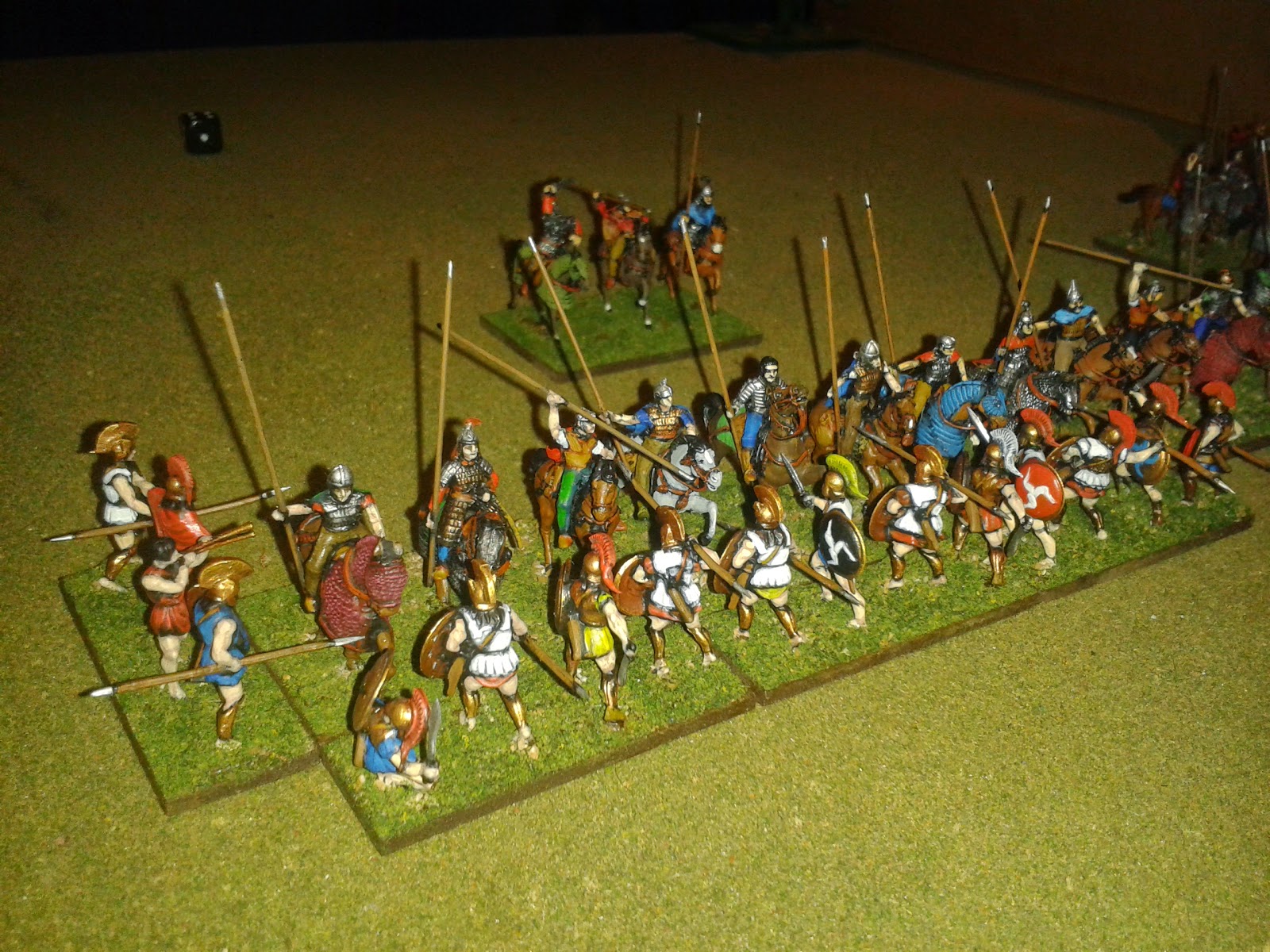 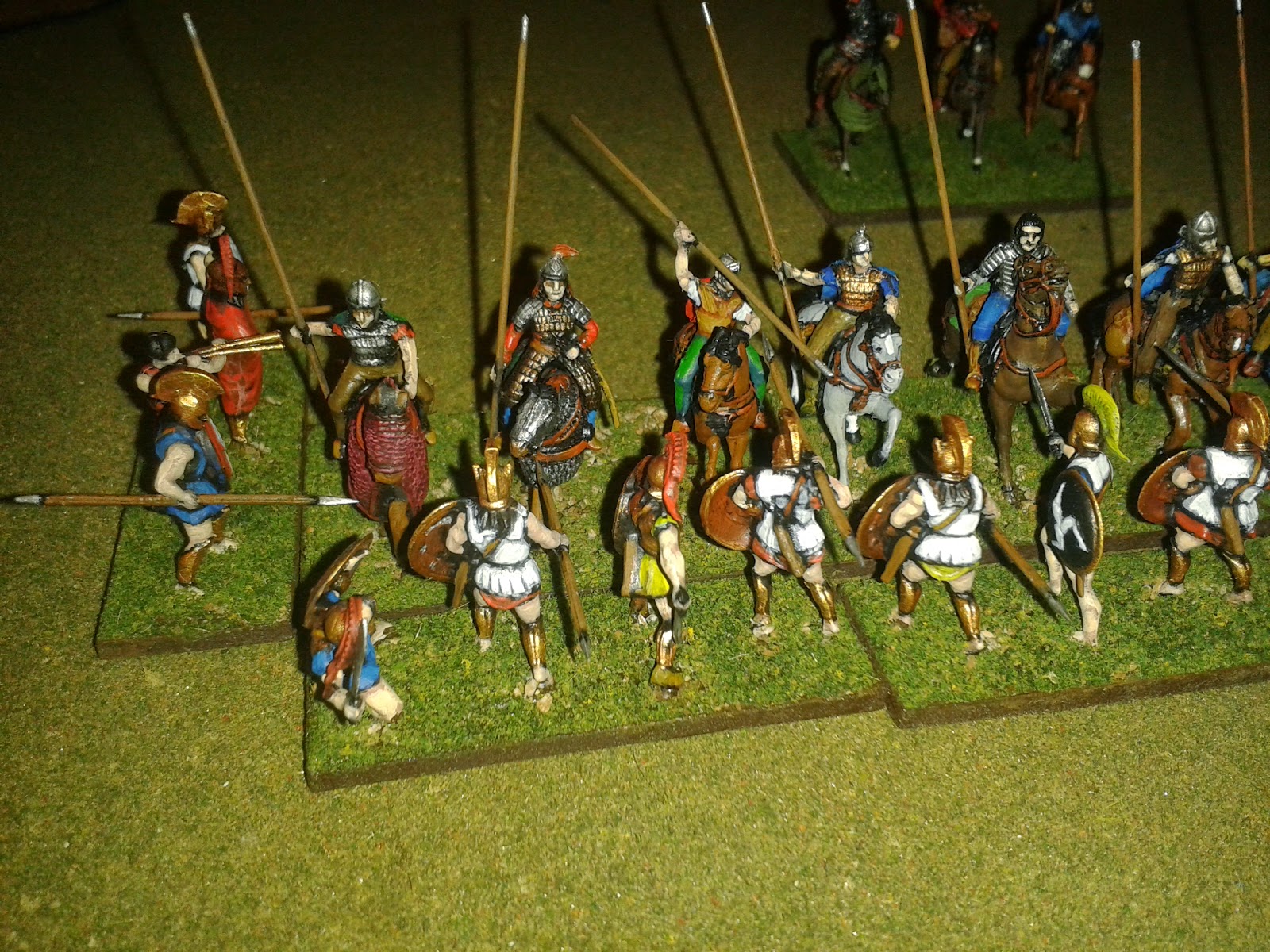 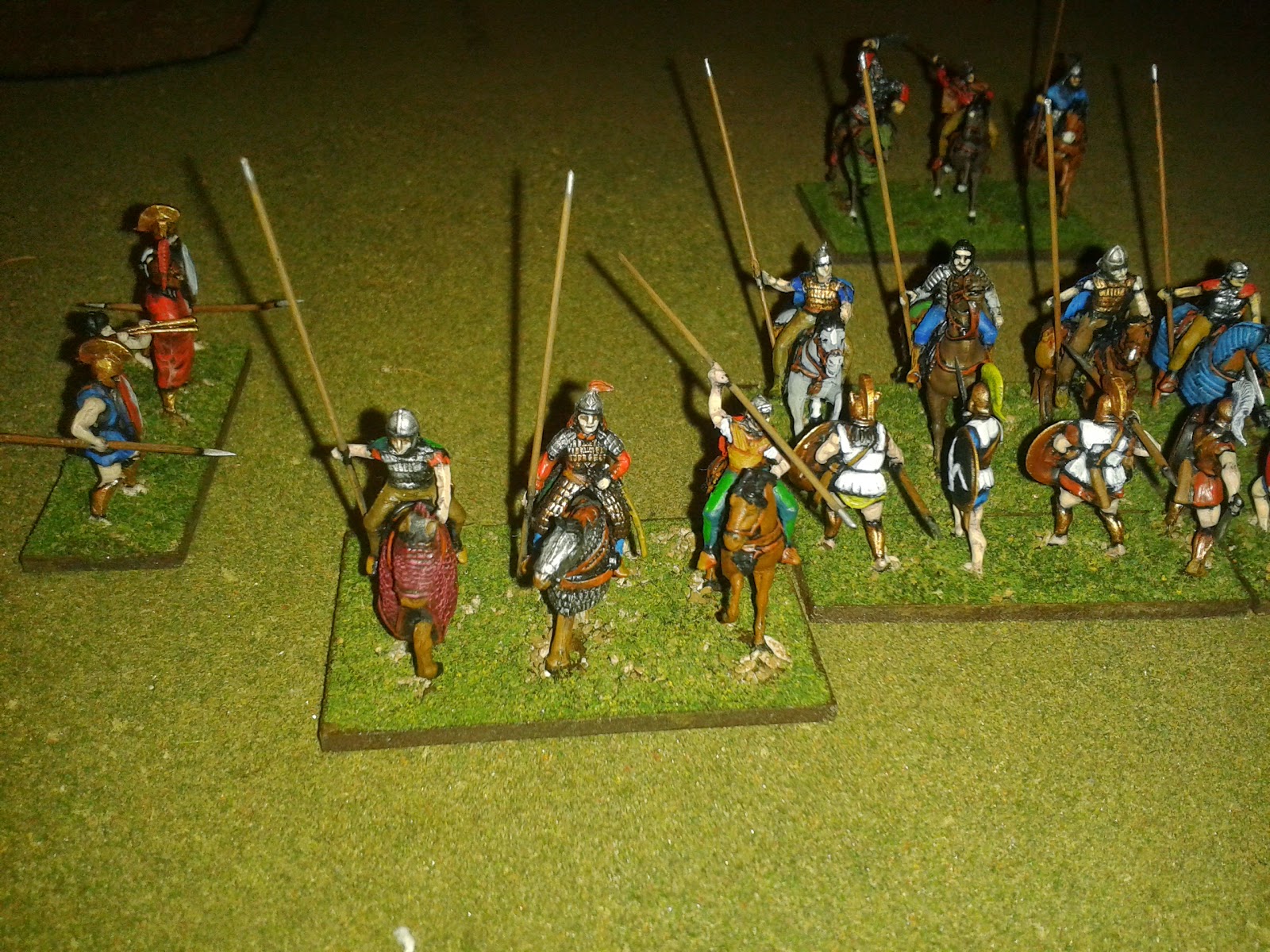 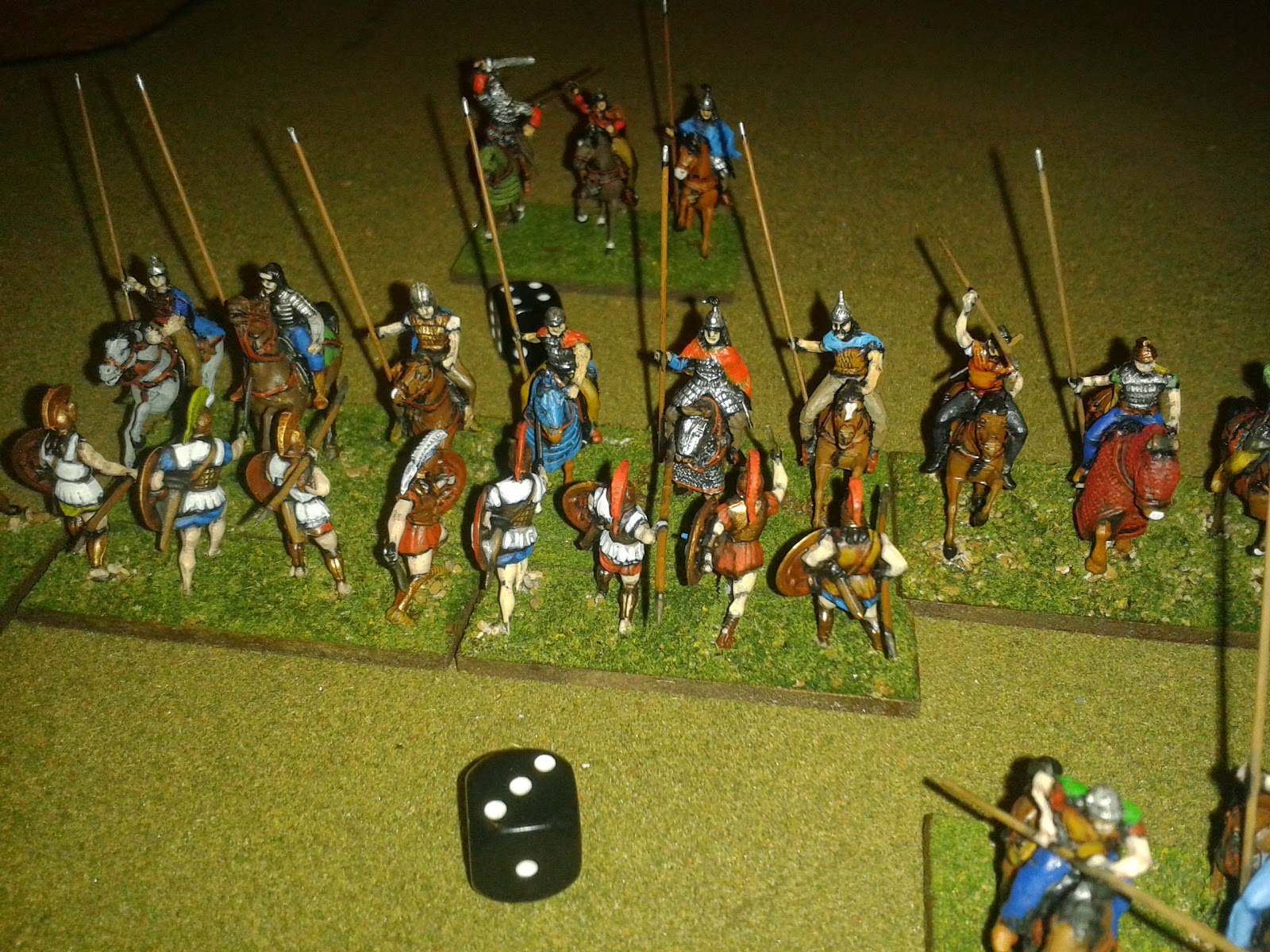 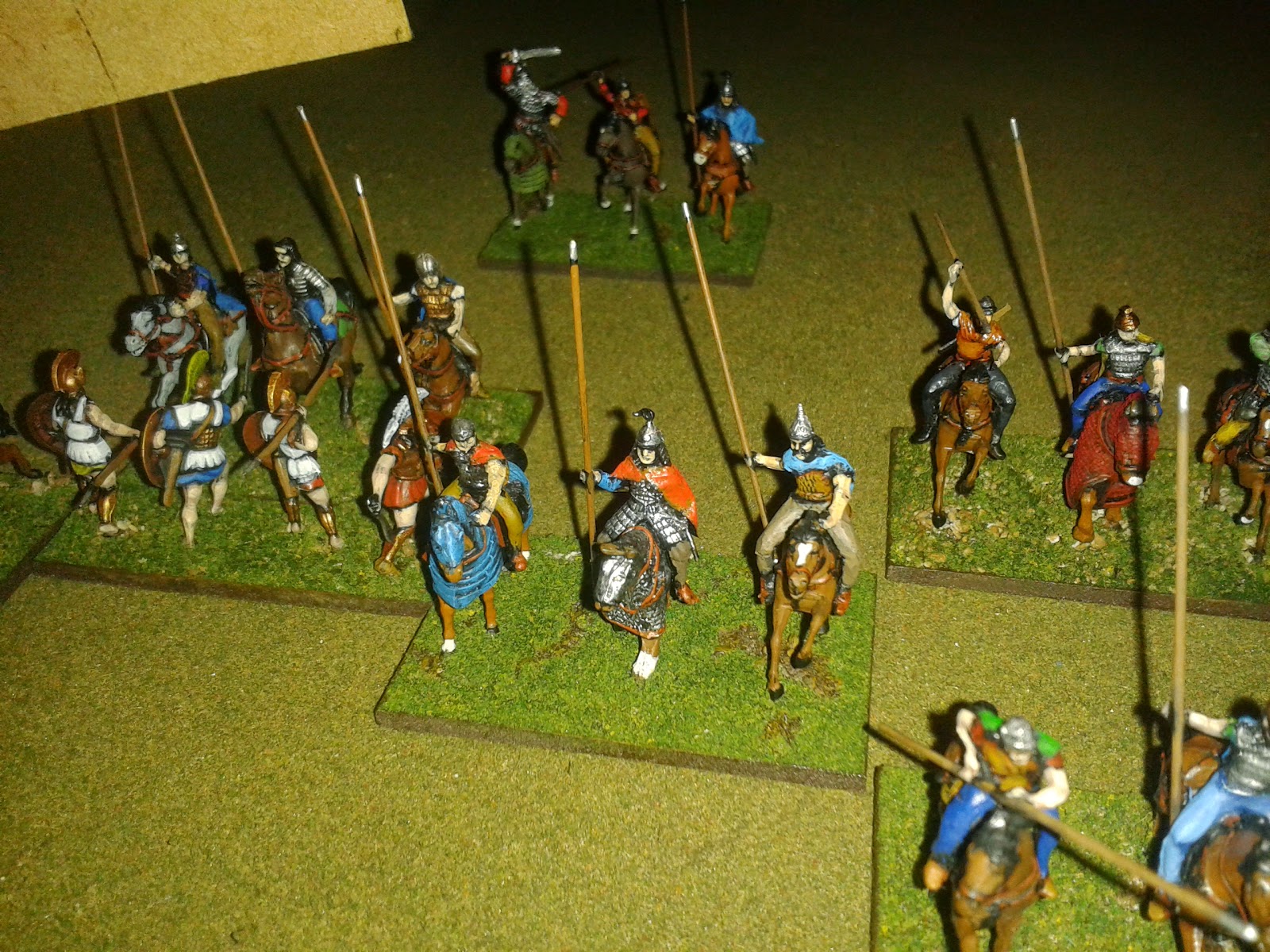 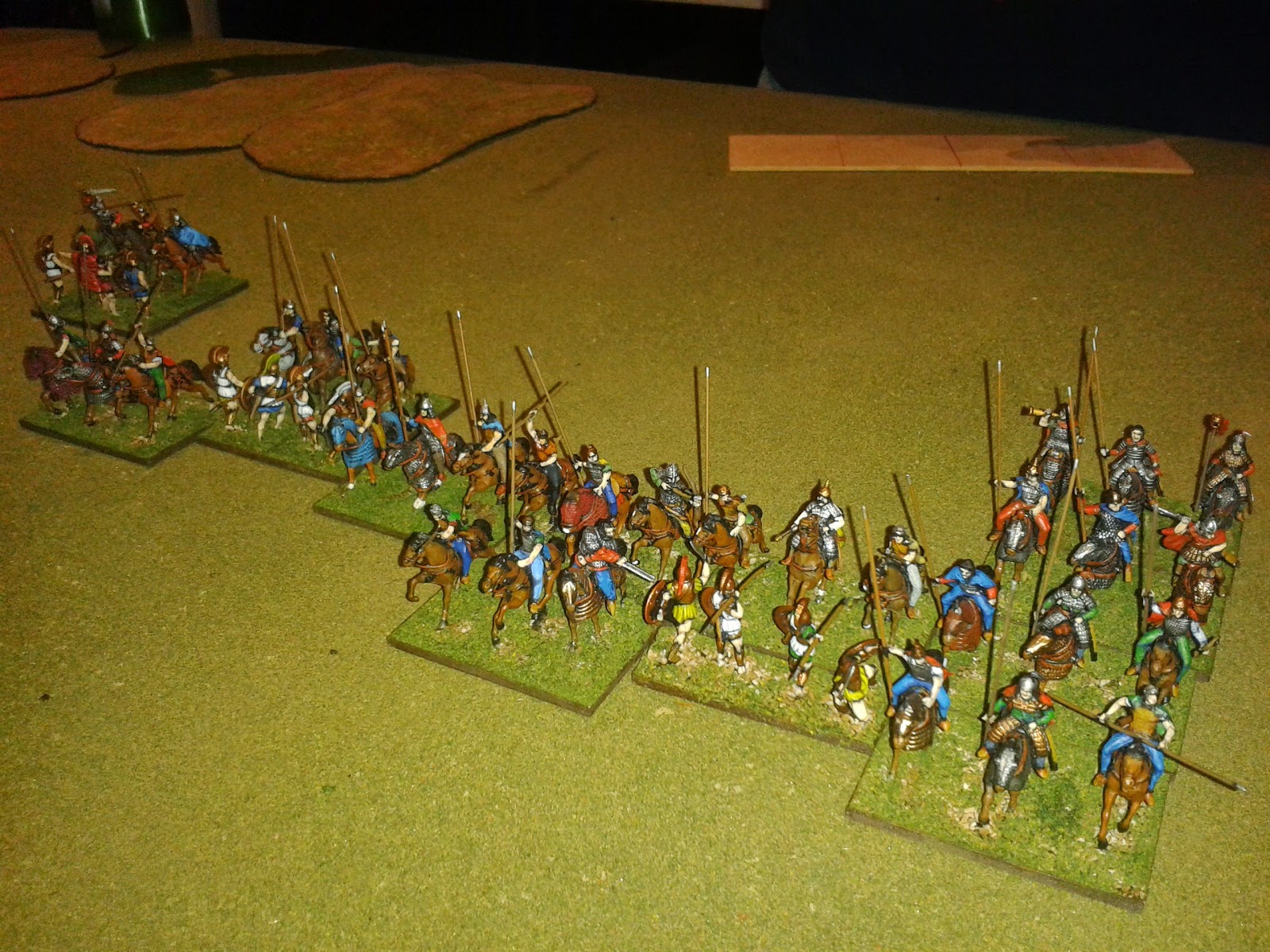 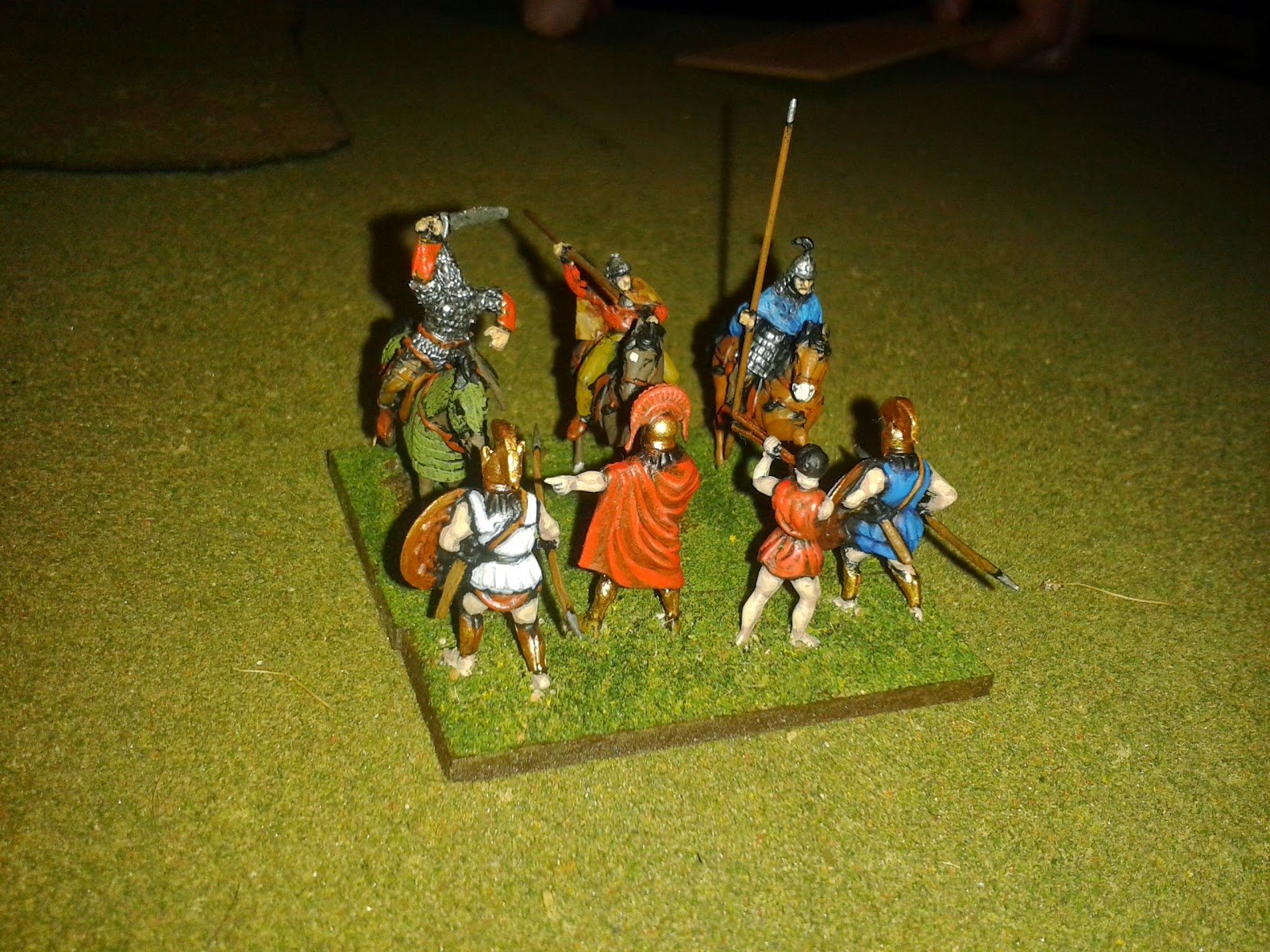 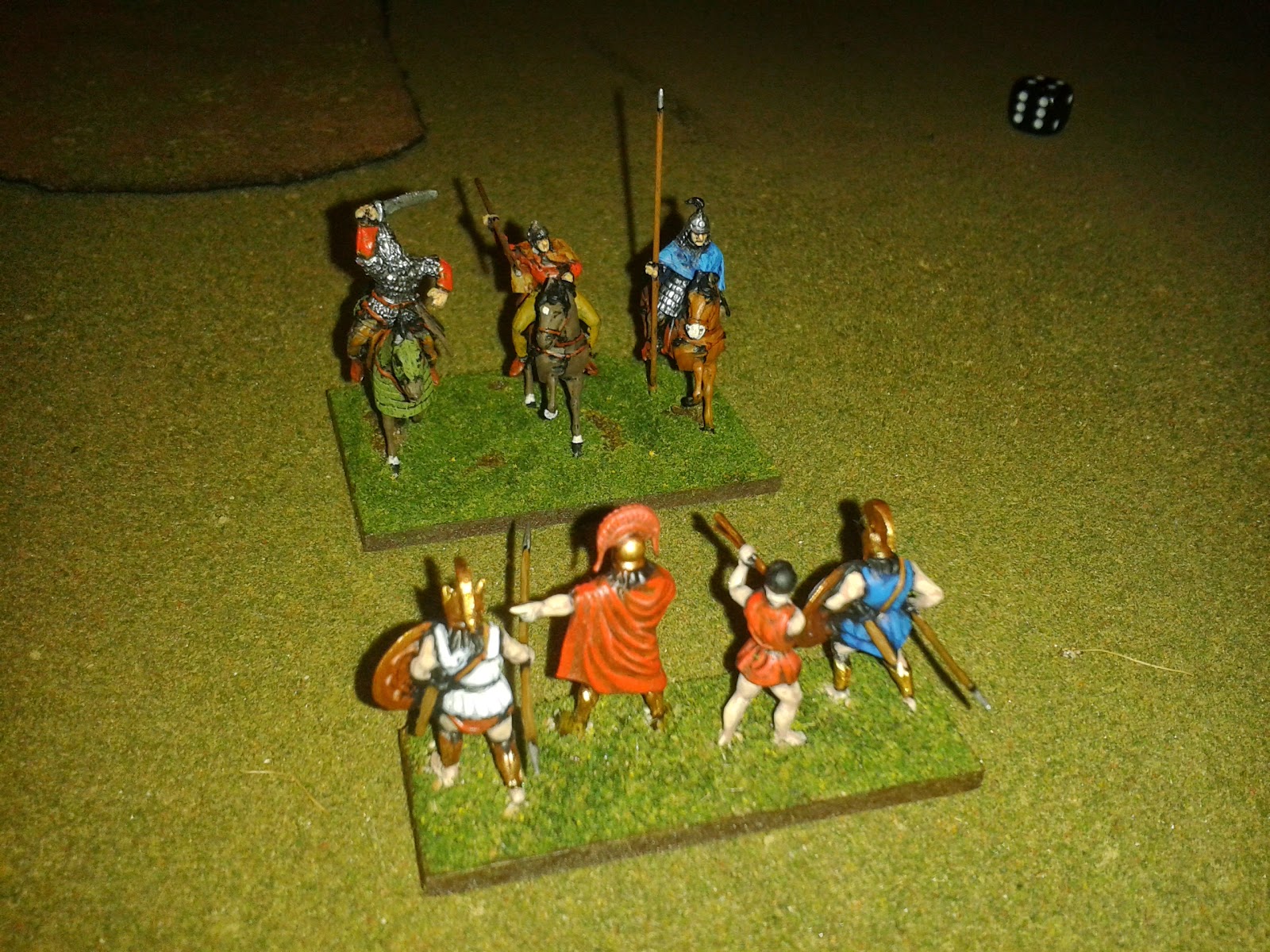 Well at least my General managed to push back. 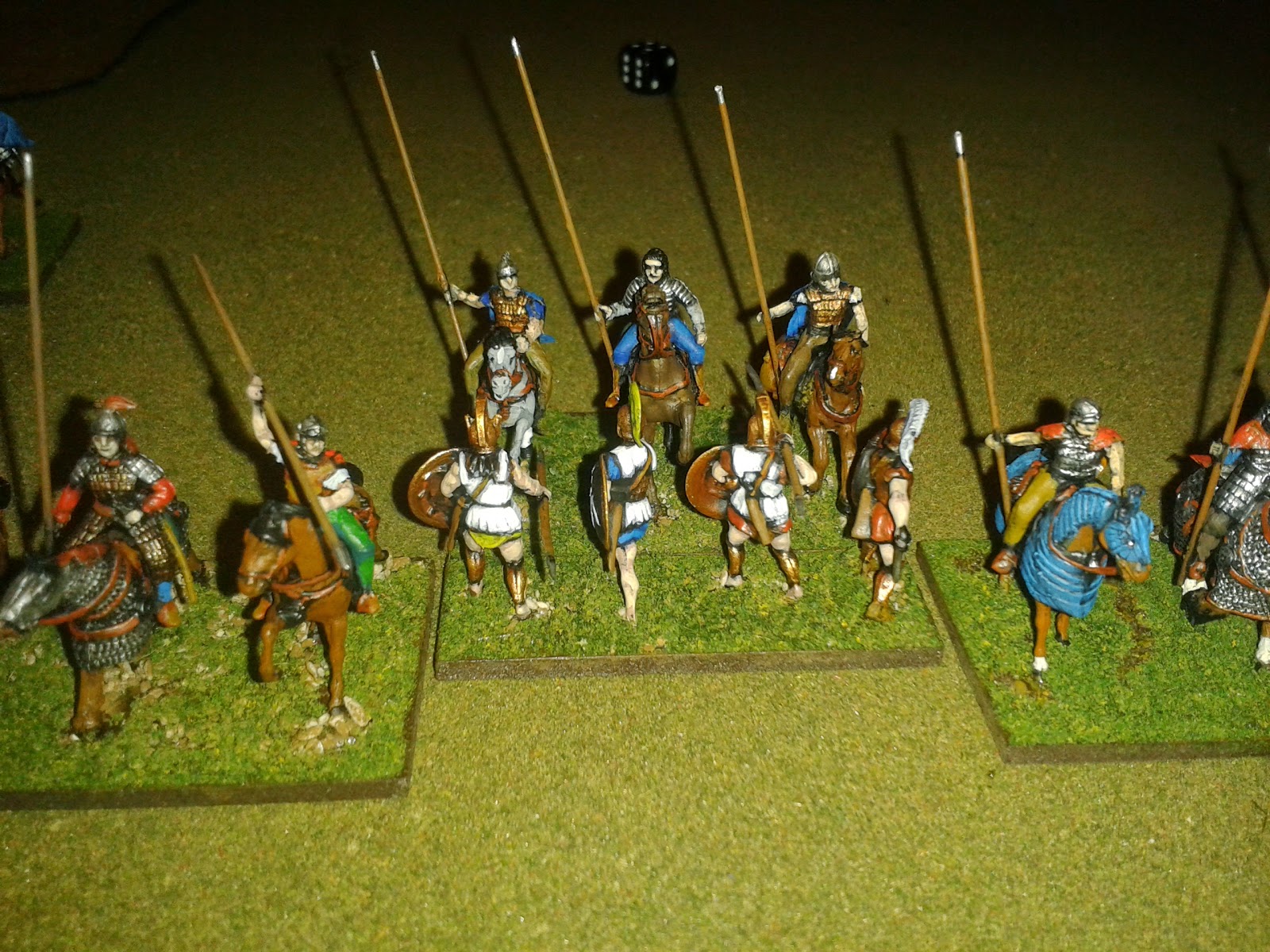 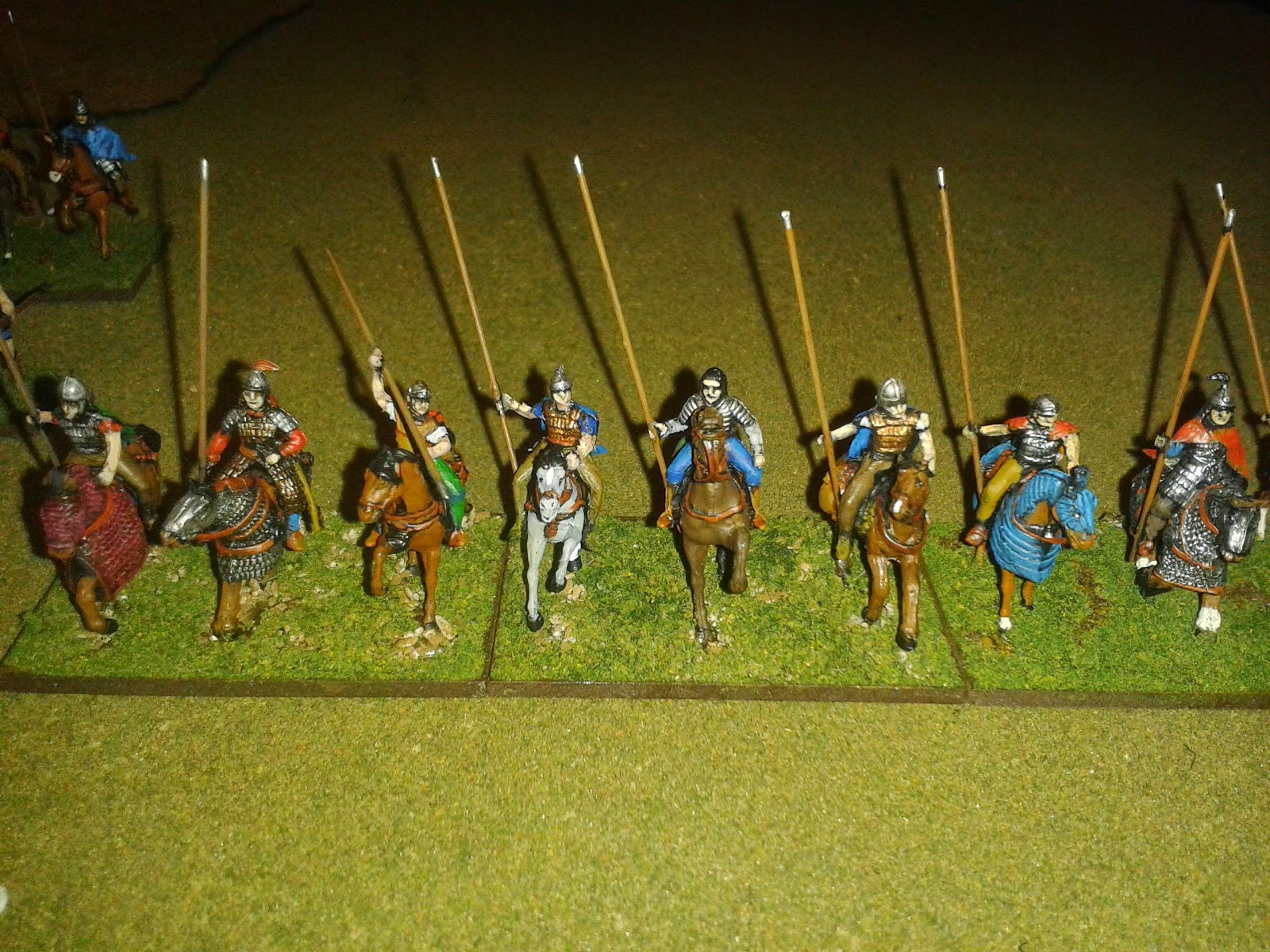 ...well, yeah. No real surprise there then. 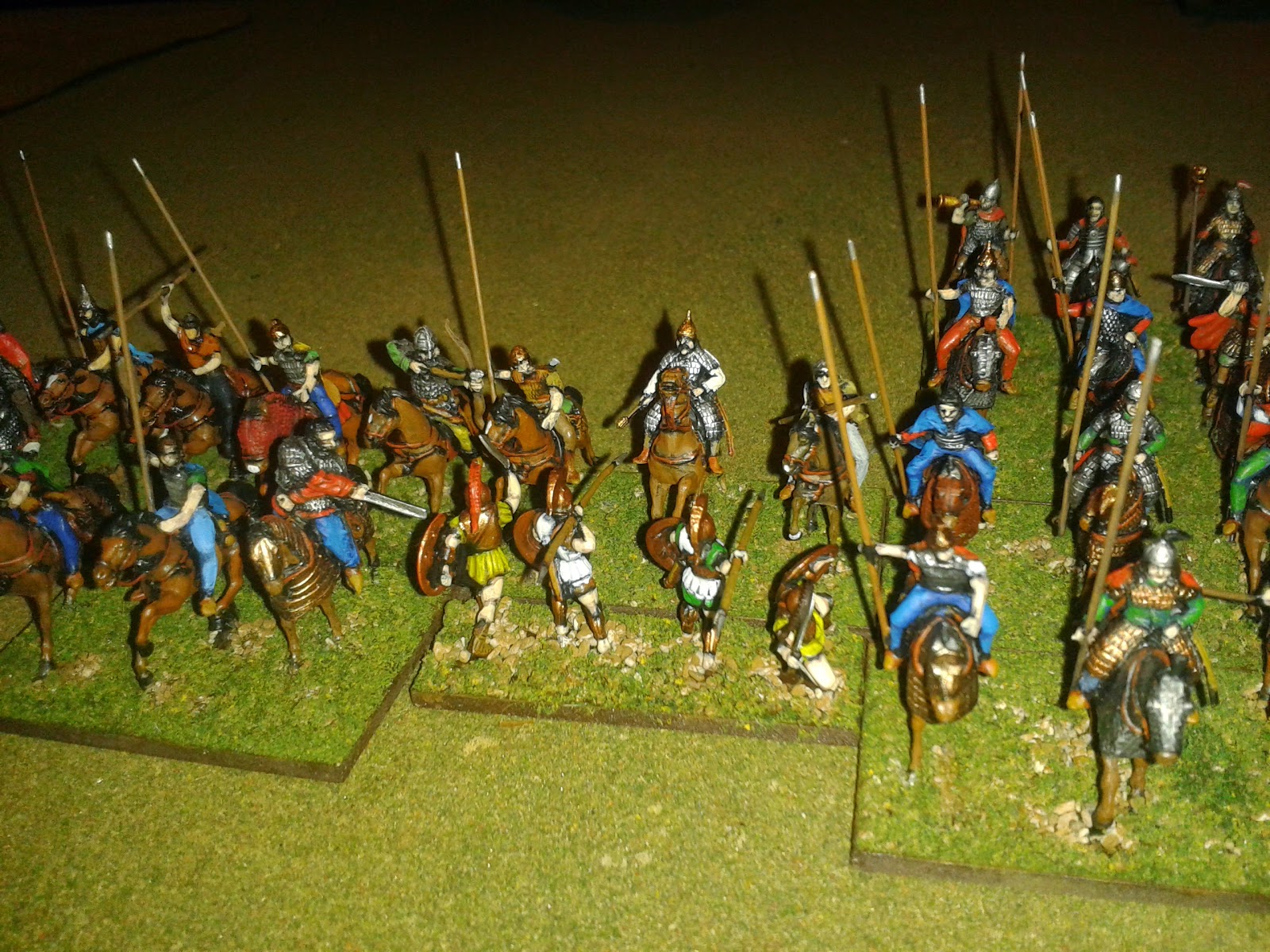 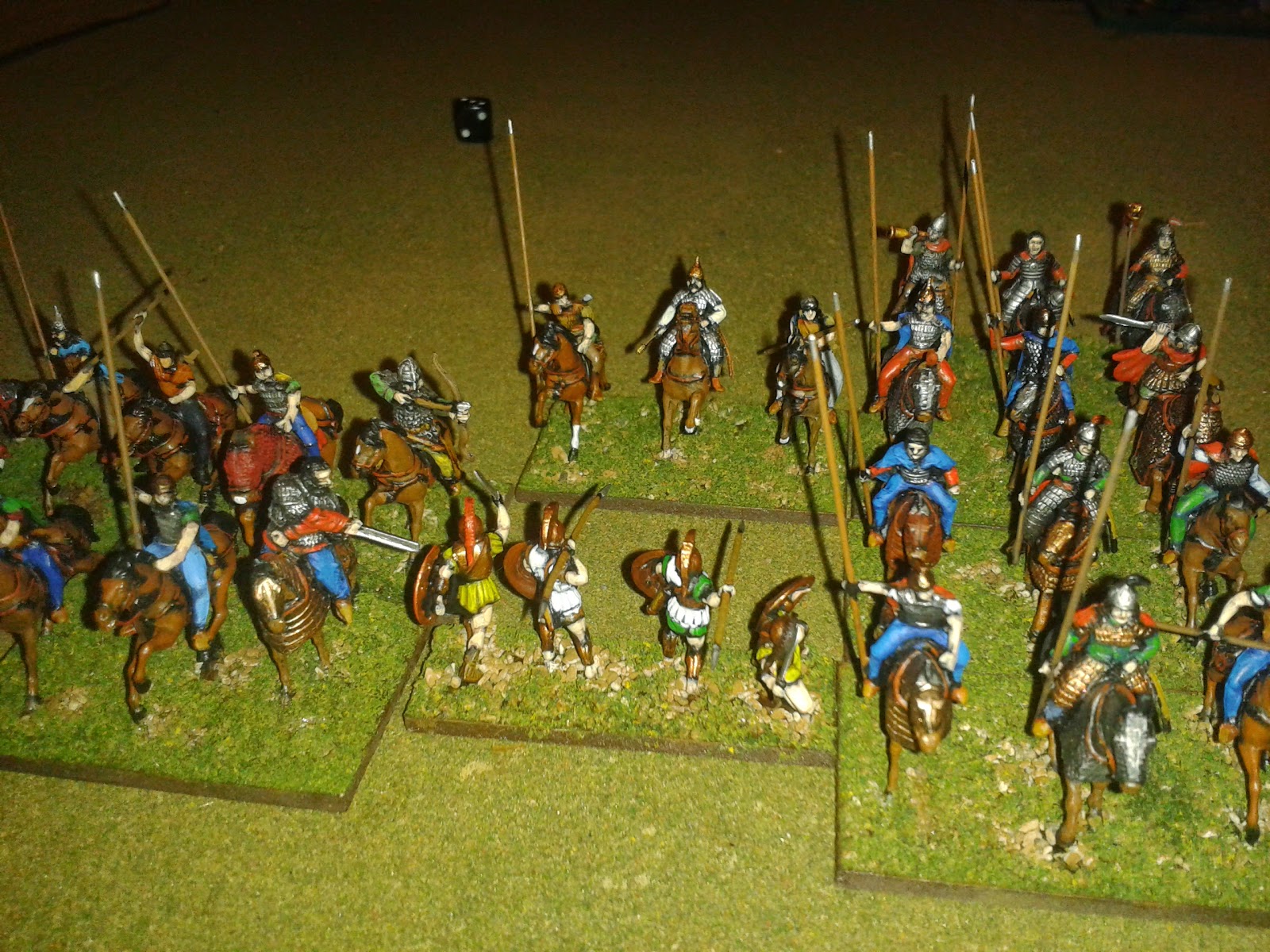 But again, too little, too late. In fact, nothing at all, too late!

Still, 'twas a quick game, so we had time for one more...