Right, since the first game was eventful but brief, we set up for another. Same forces, same layout, but I chose a different deployment, figuring since I had the more maneuverable ships I could try to buzz the flank.

So, a few barrel rolls later... 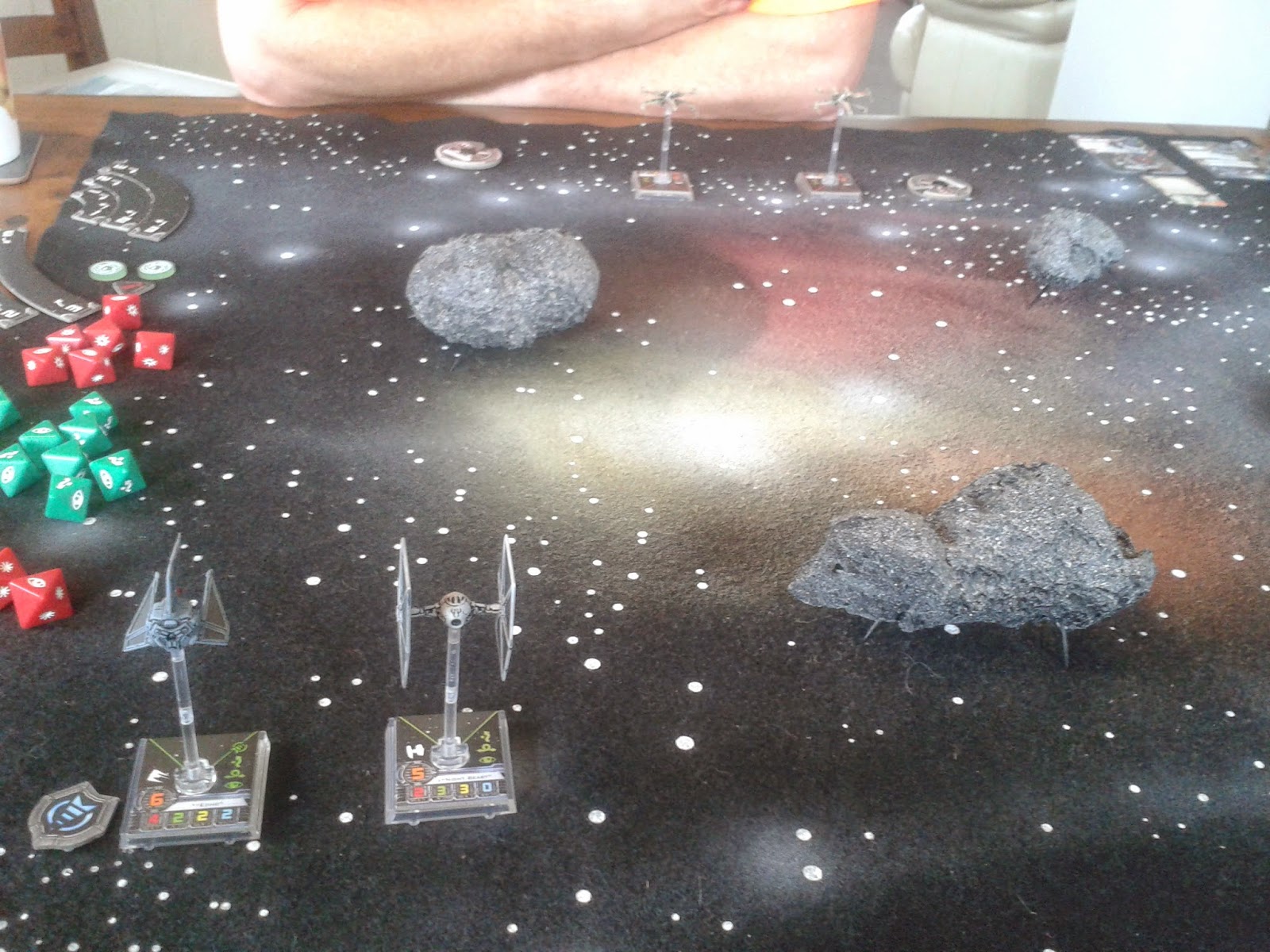 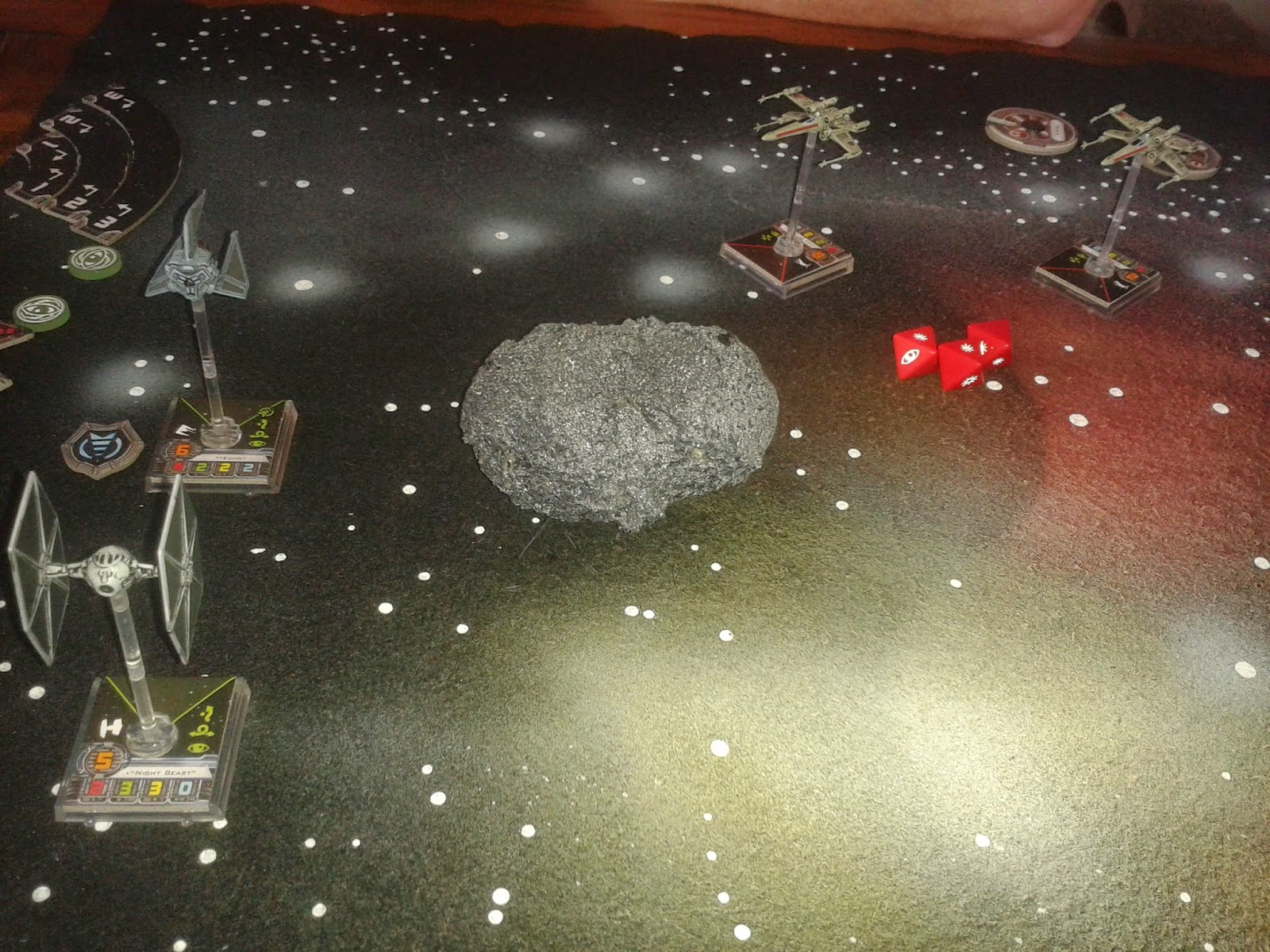 ...and Echo was in Luke's sights, but not visa versa. So time to turtle up (cloak).

And still two shots got through!

Next turn, and there was nothing to do but... 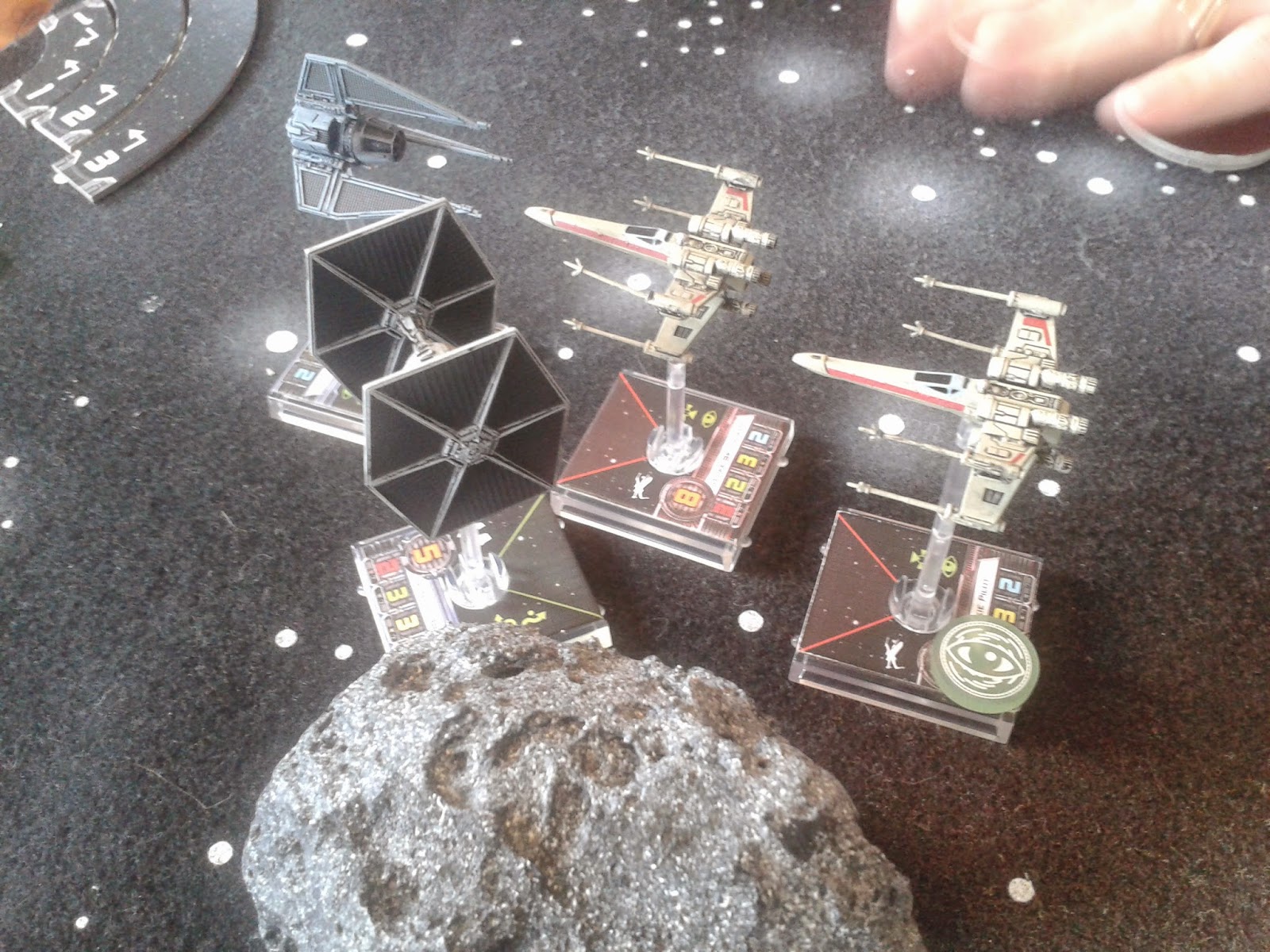 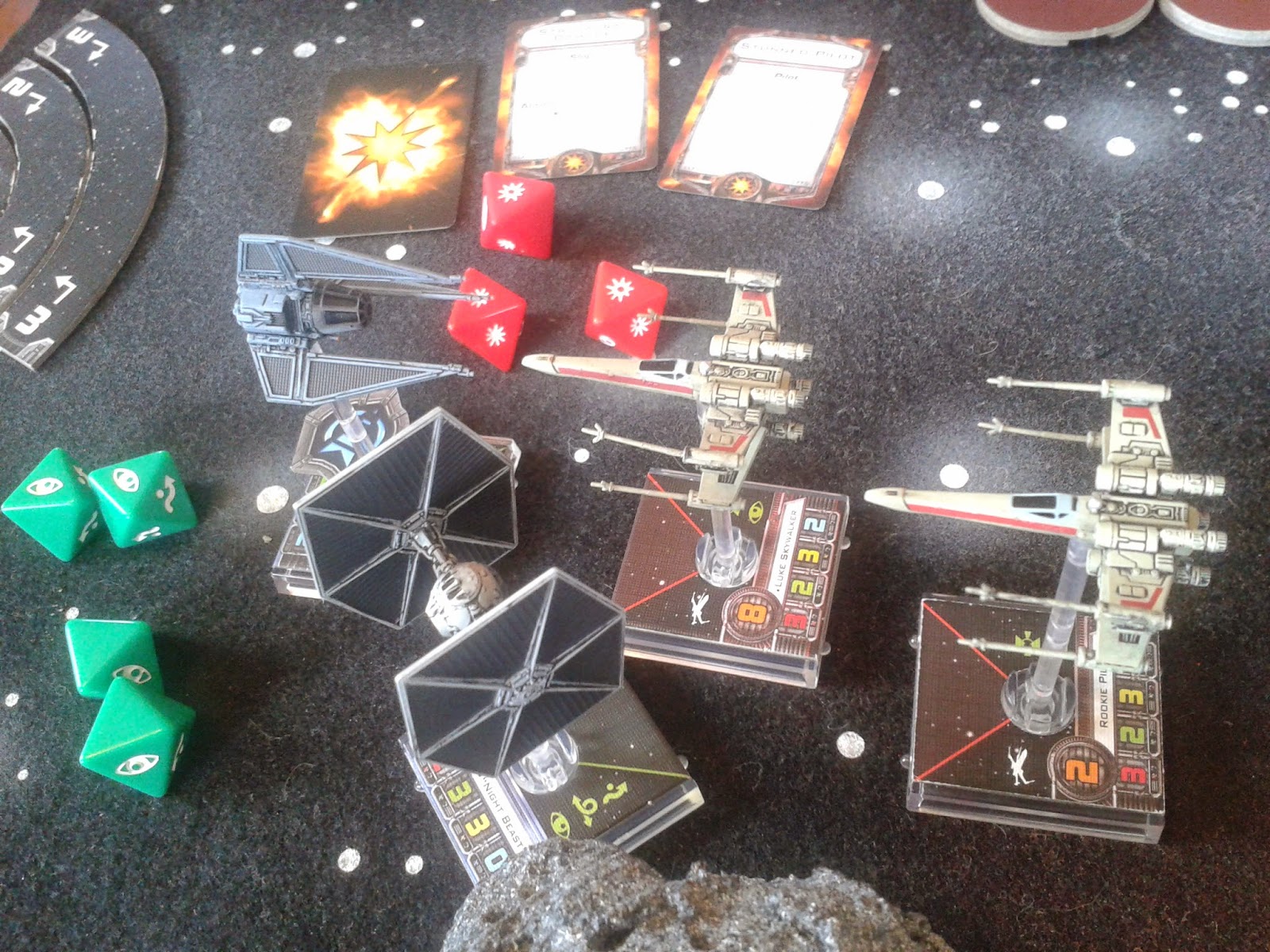 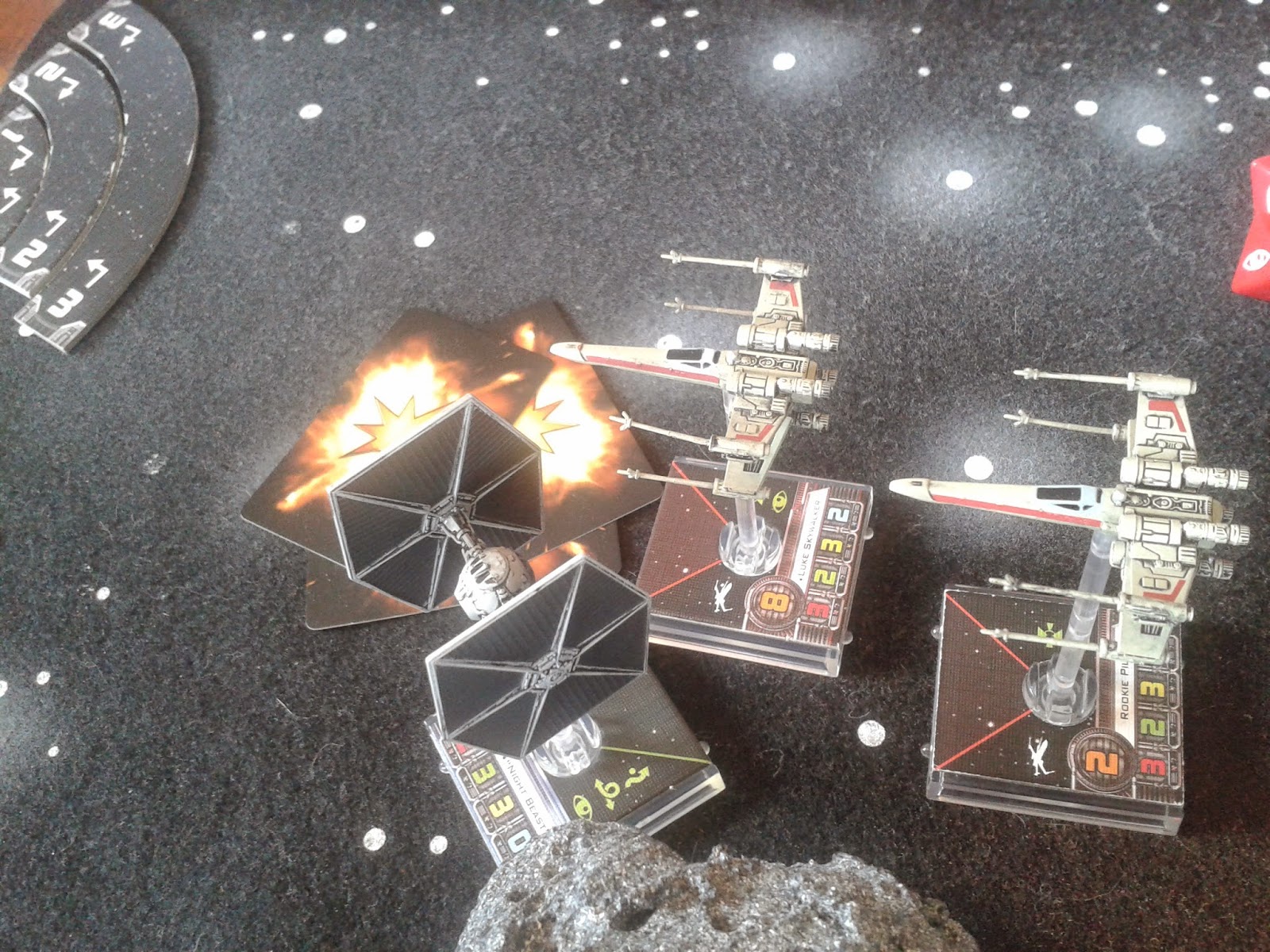 Oh Drats! The coup de grace served by the Rookie, no less.

Which left Night Beast to take 'em on. 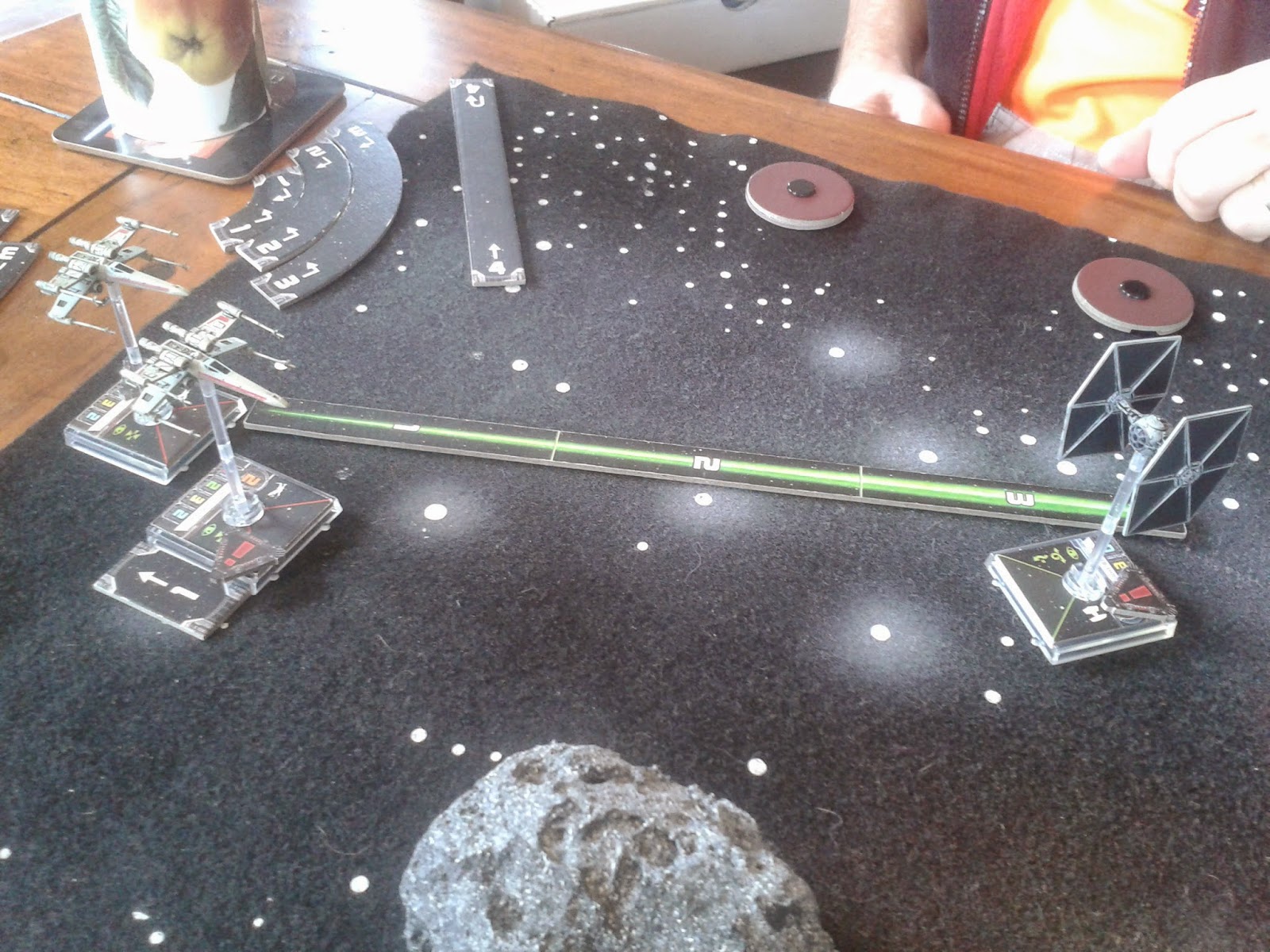 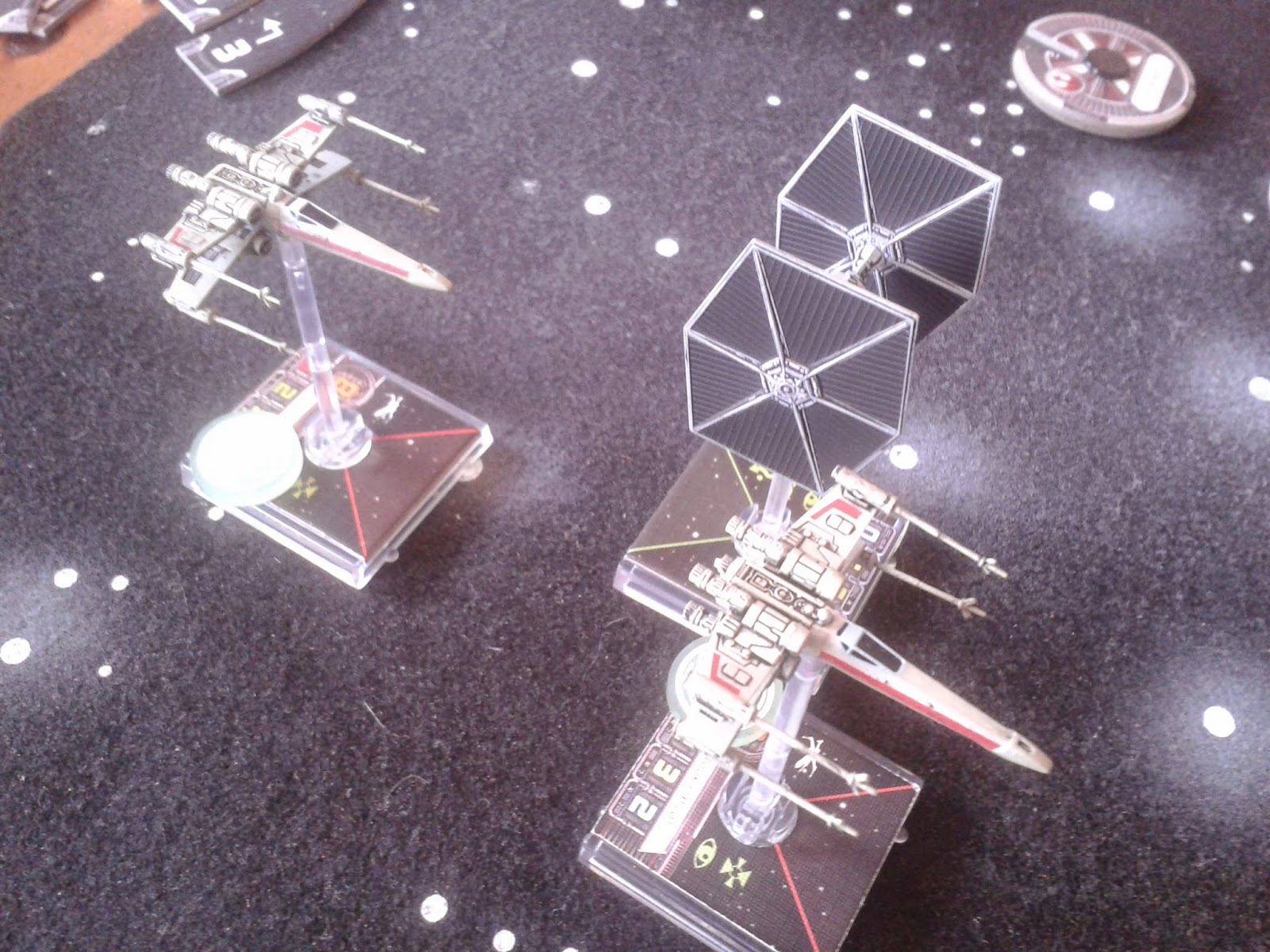 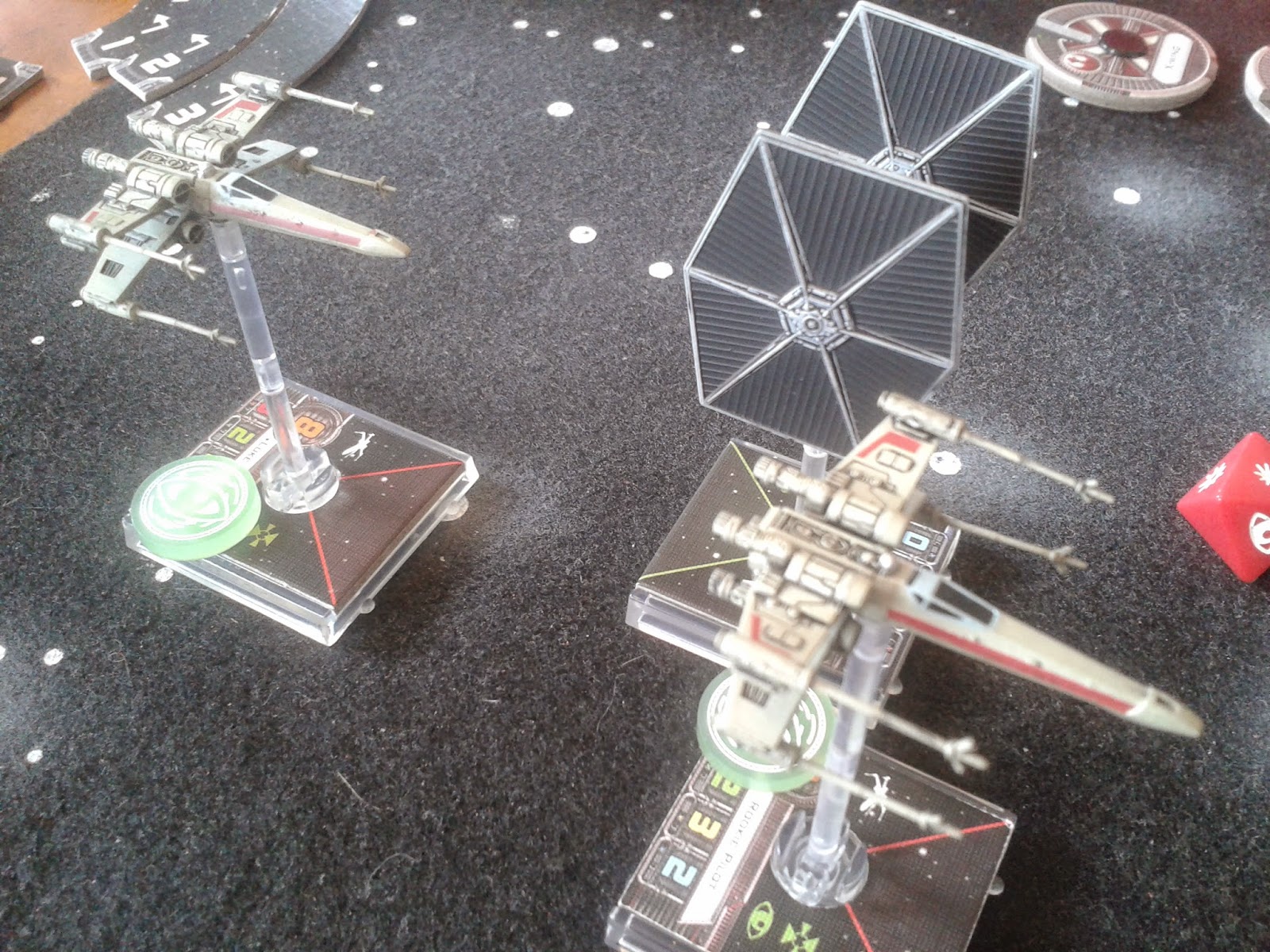 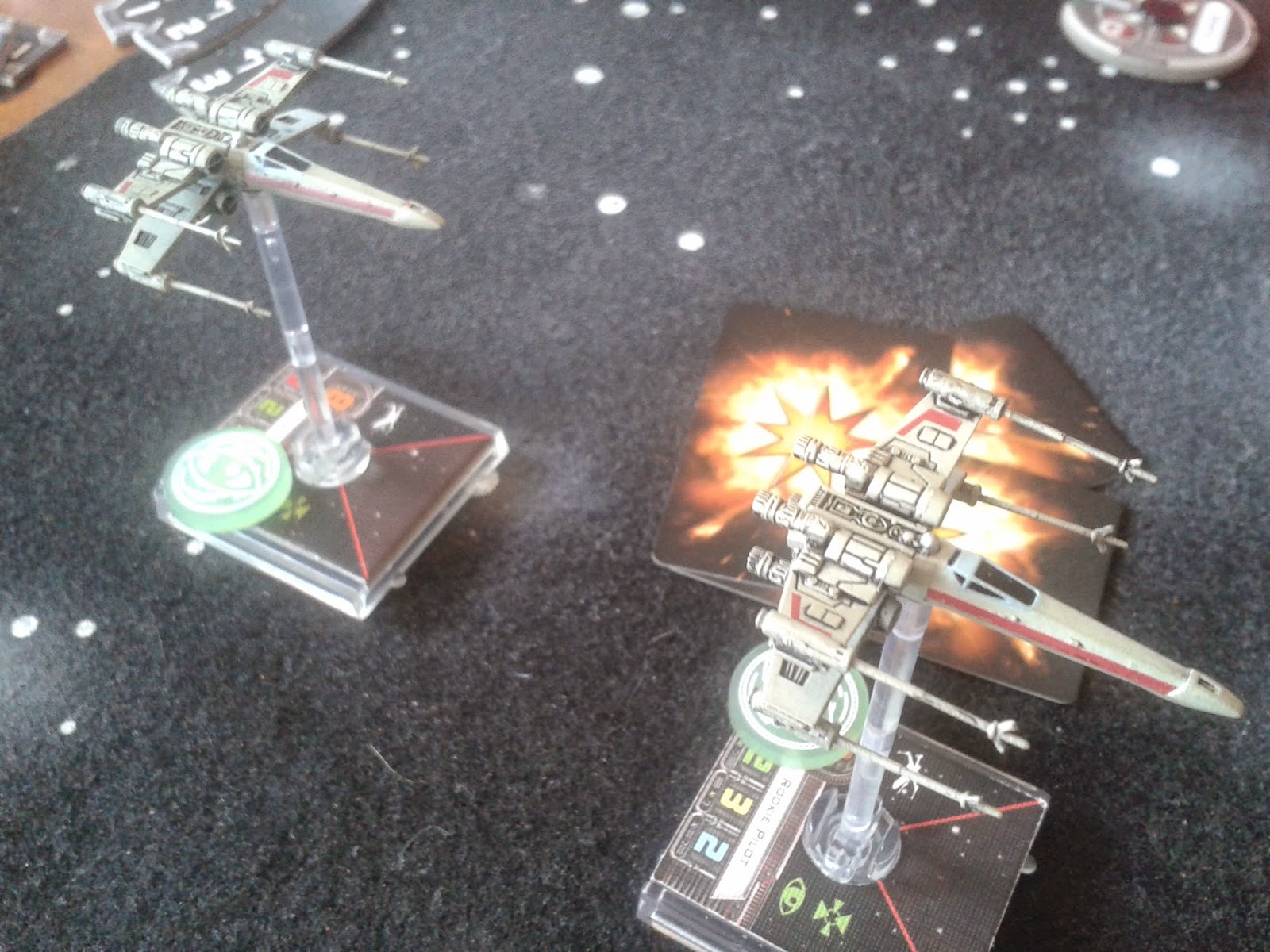 ...Skywalker made short work of that then!

Still, a good time was had by all. I really like these 50 point games, and am really keen for another. What does that tell ya?!