Last night Mark O invited me around to his place for some 20mm DBA using my painted armies. So I brought all eight of them!

Good grief, I've been playing this for 25 years and I've only got eight armies done? Mind you, two of those are triple sized, so...

Anyhow, first up an historical match up - Later Sarmatians against Early Imperial Romans.

Since my entire army was mounted, and all of the terrain (a [28mm] hamlet and some woods) ended up on one side of the table, I chose that side rather than have Mark hide his infantry in it.

Hmmm...it did kind of mean I was bunched up in the space between them... 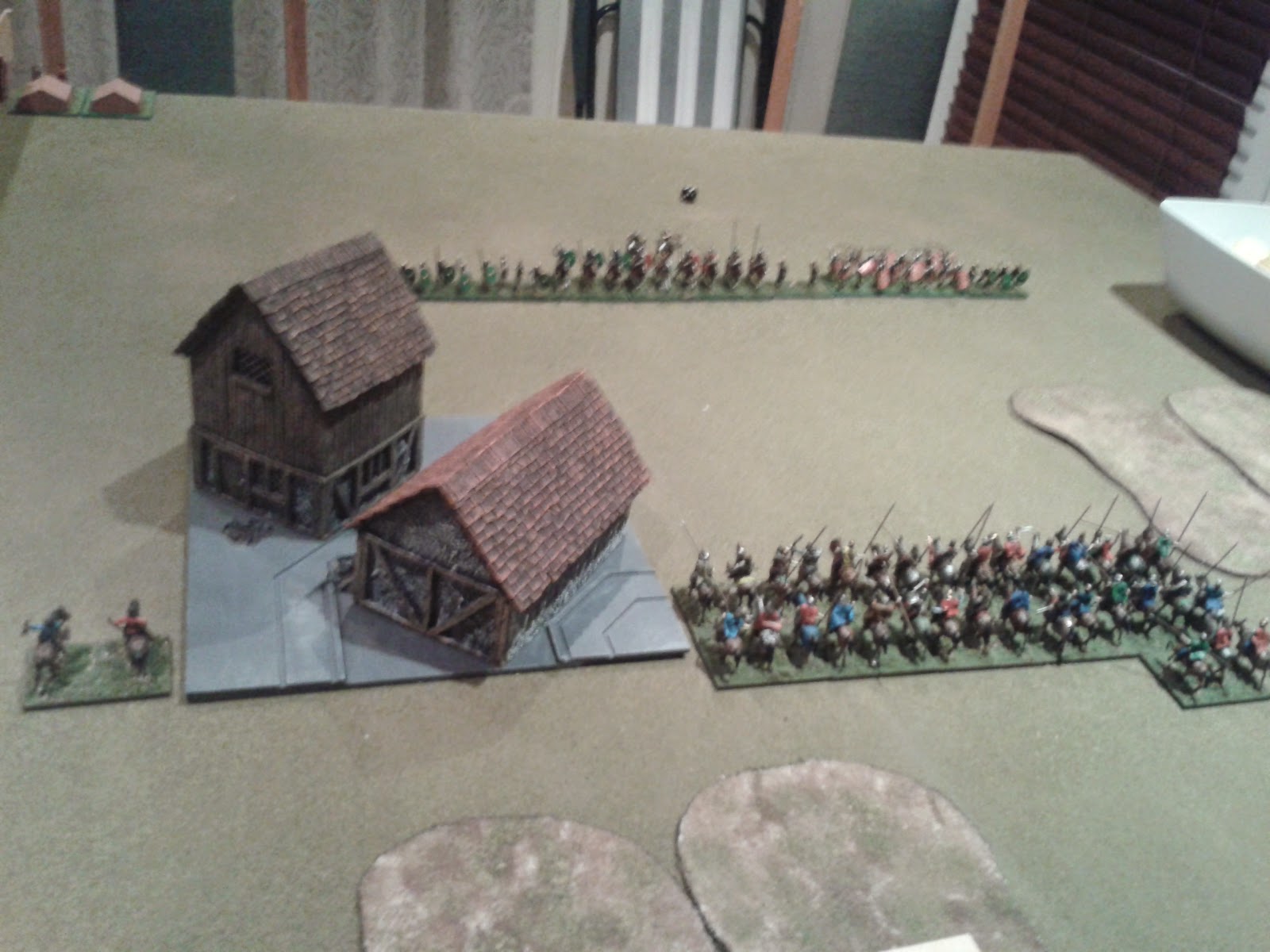 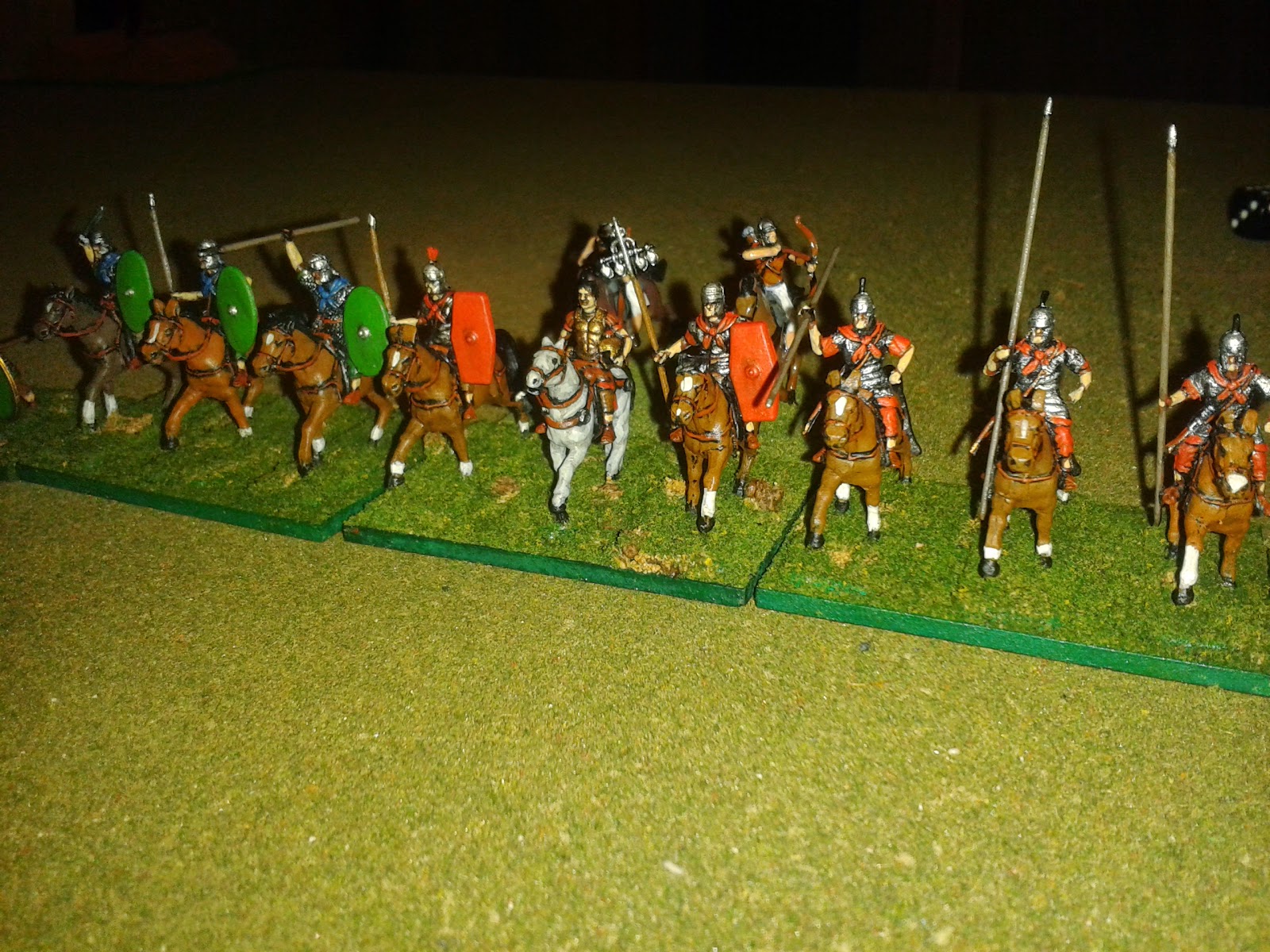 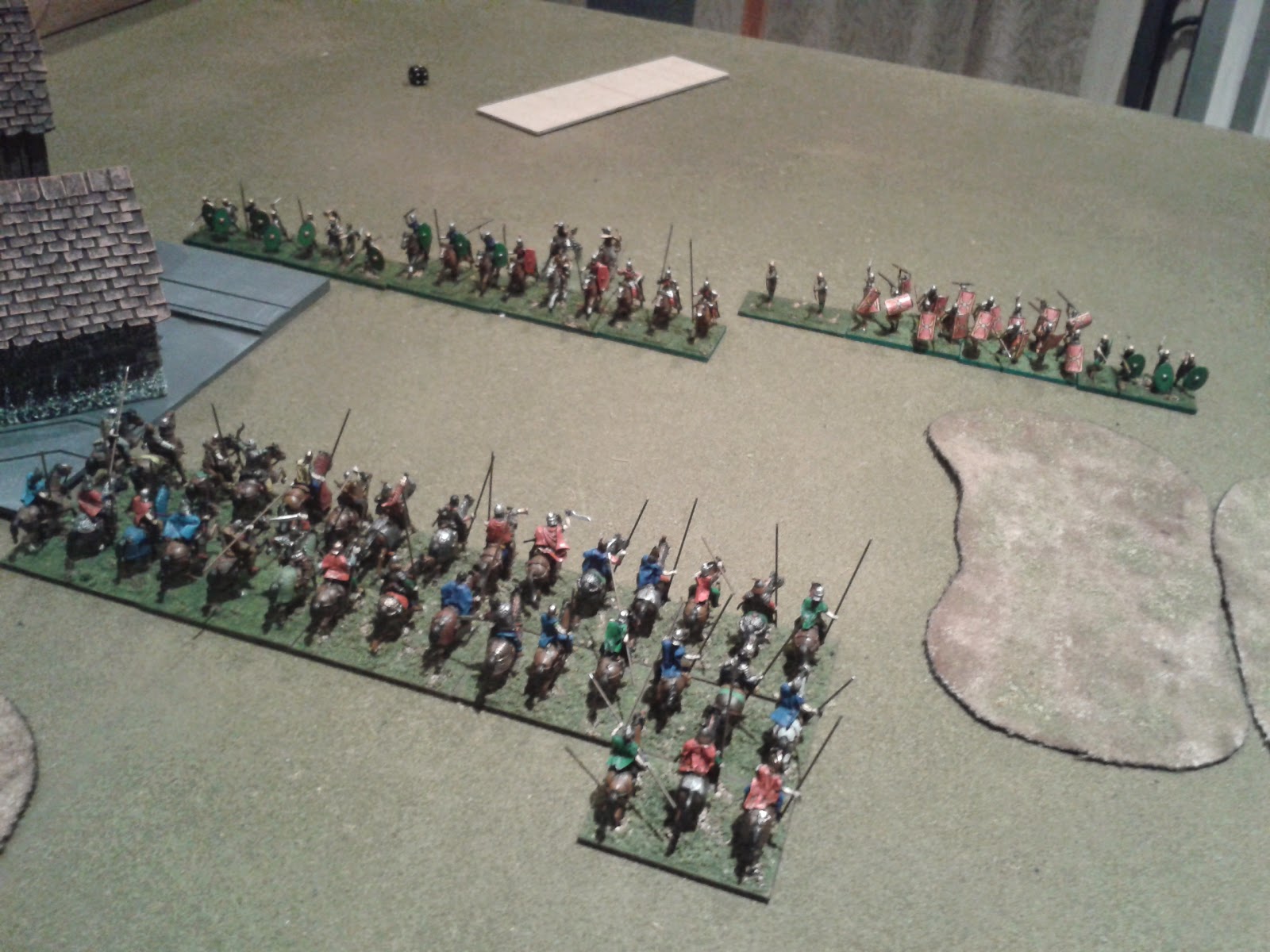 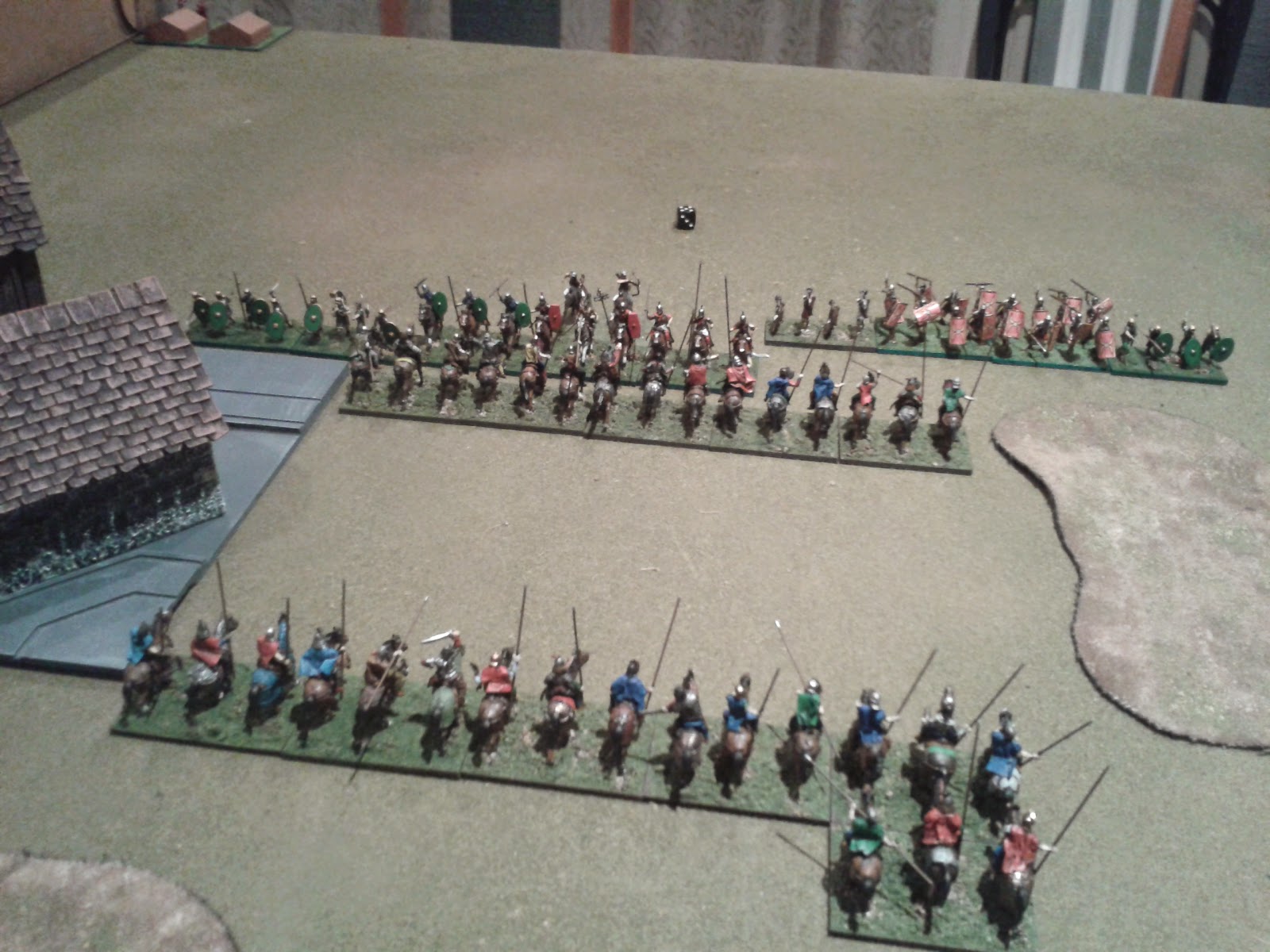 Mark tries sneaking through the terrain around my flanks. 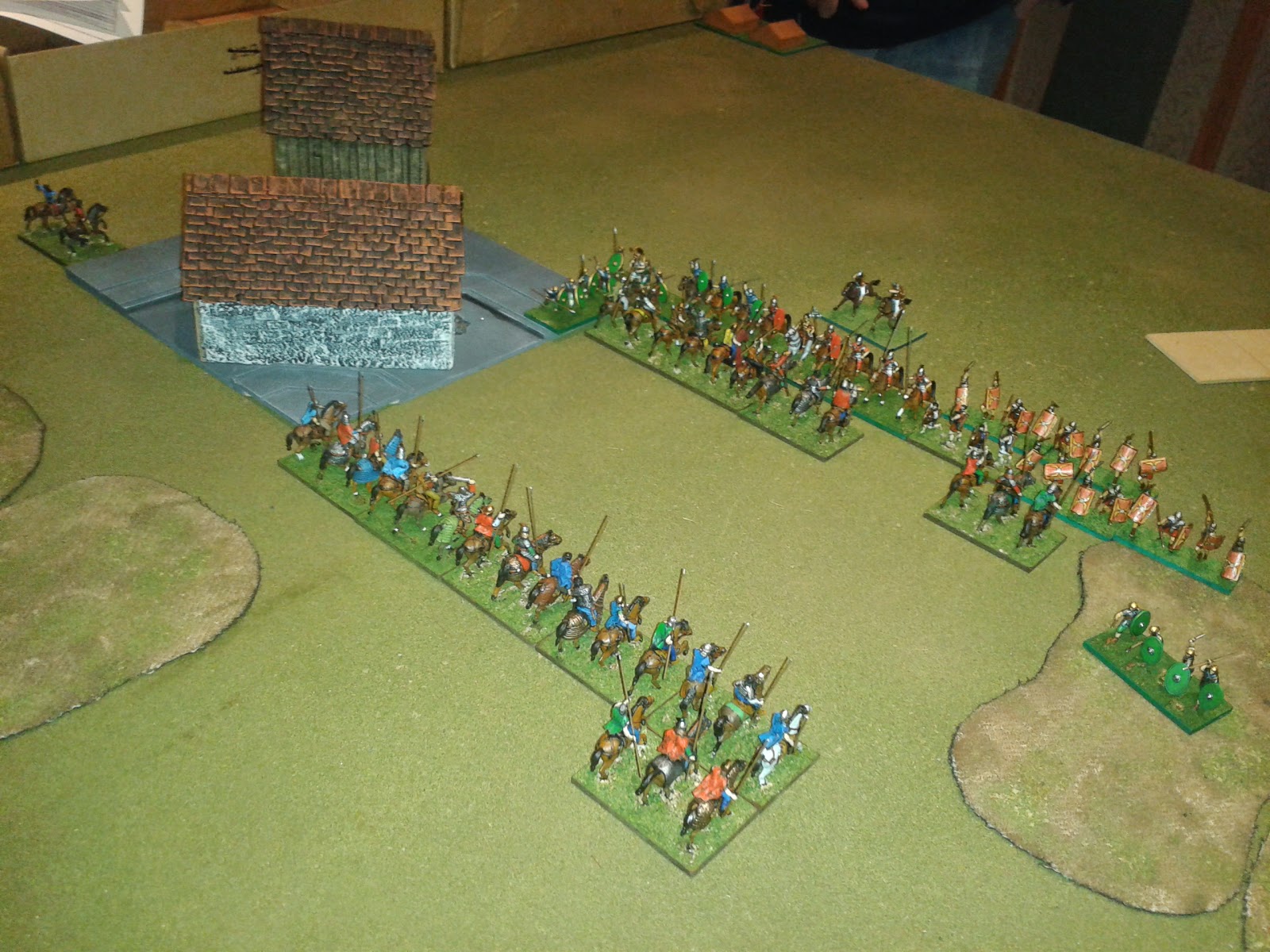 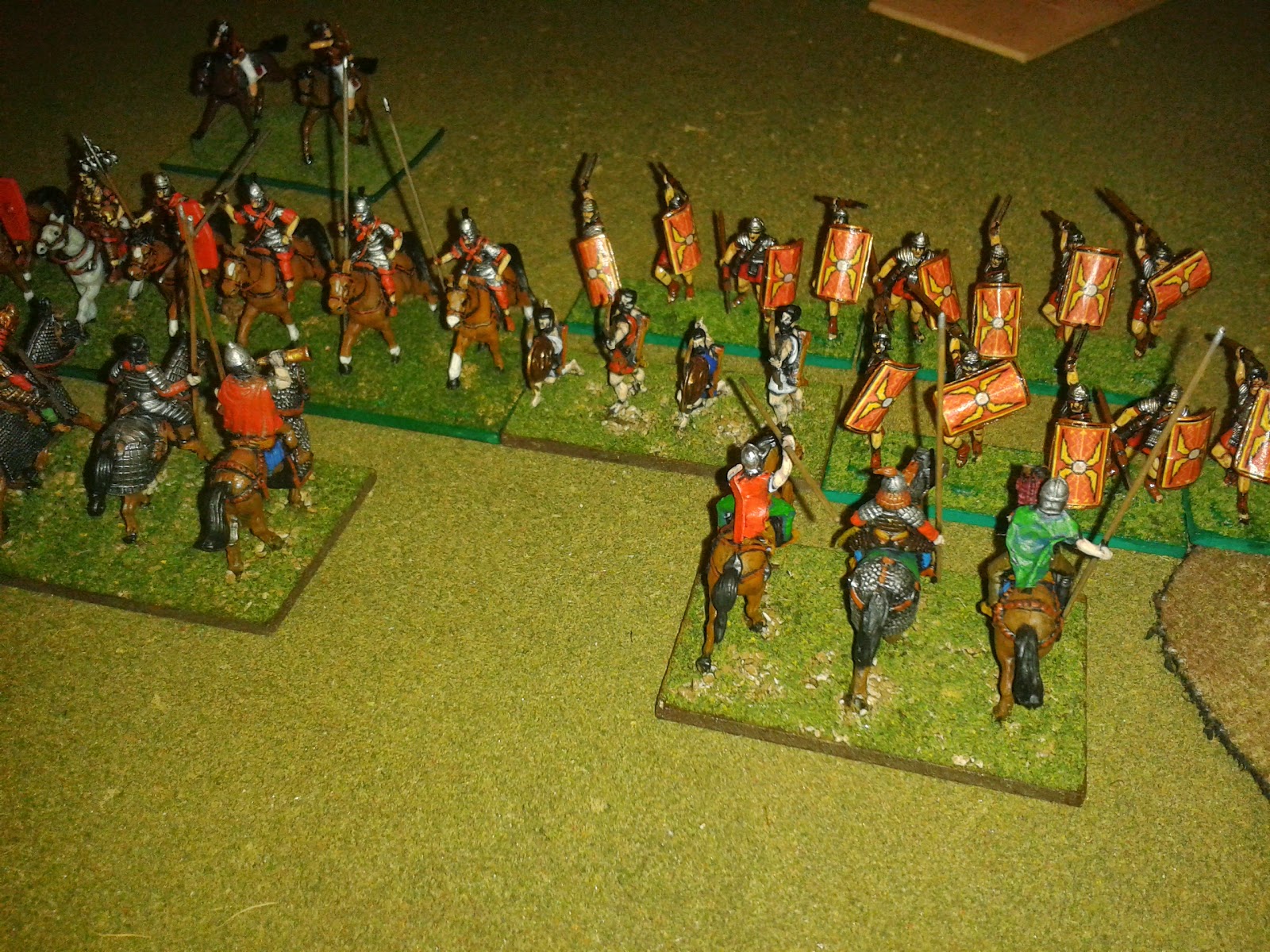 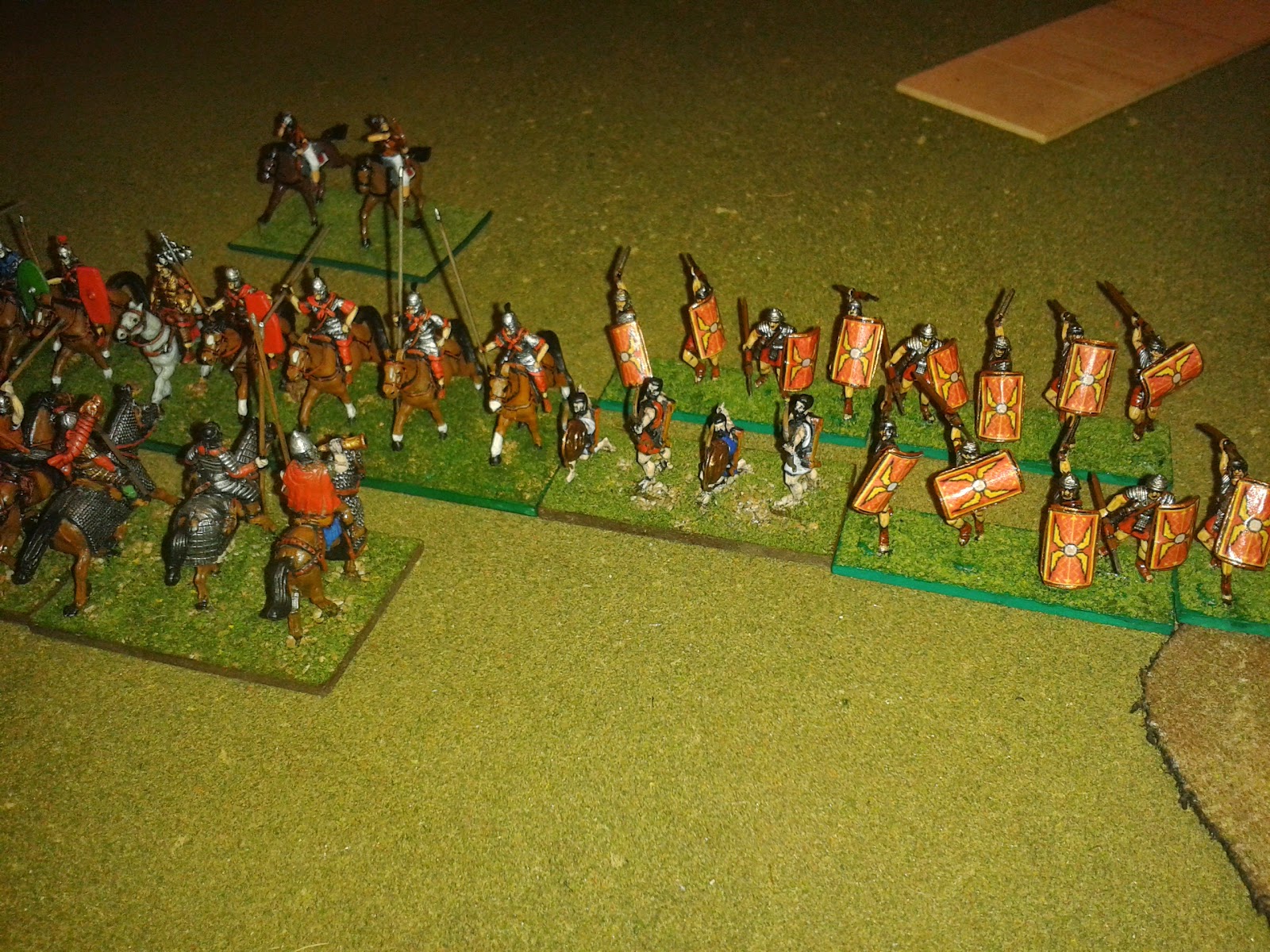 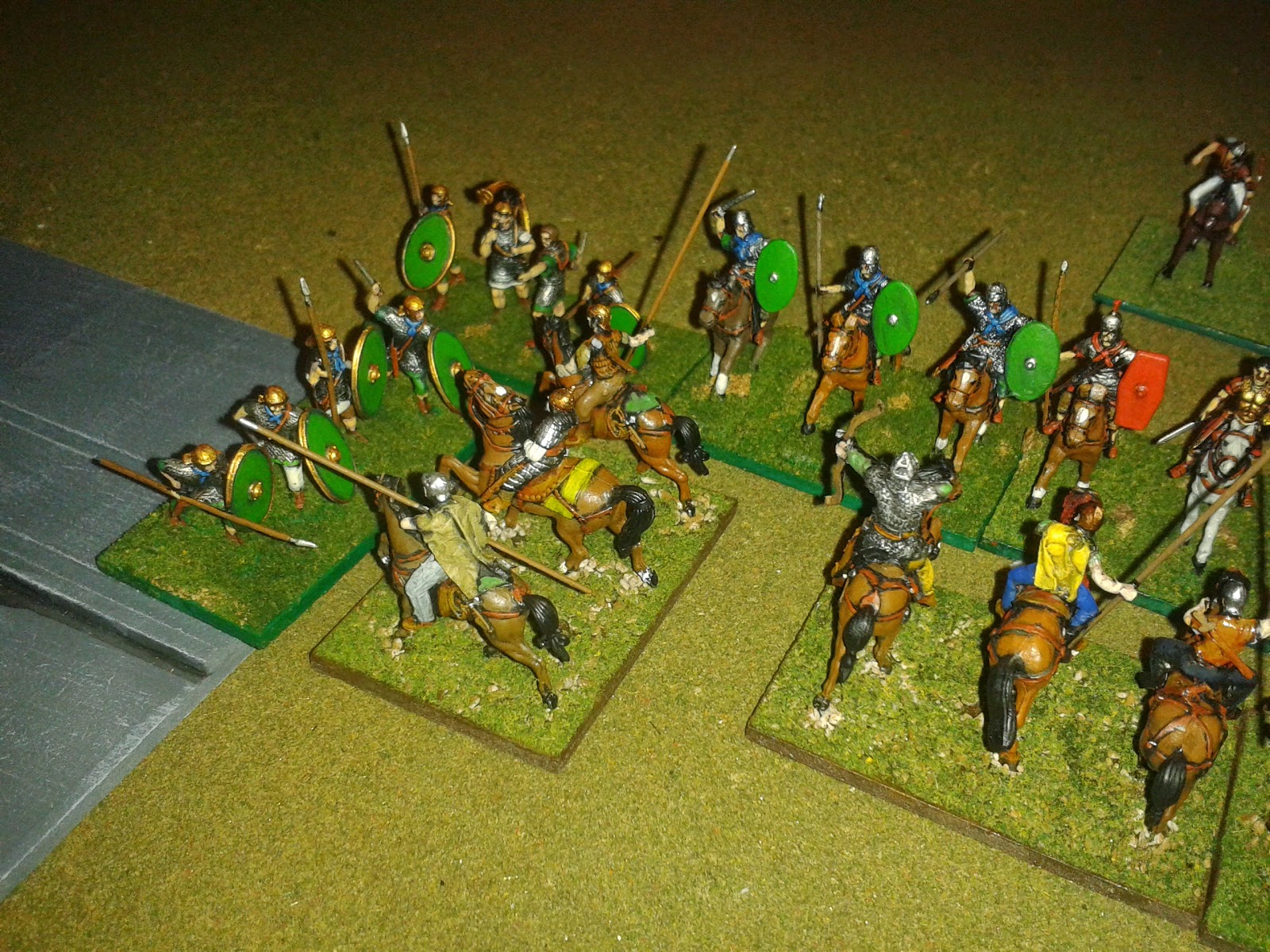 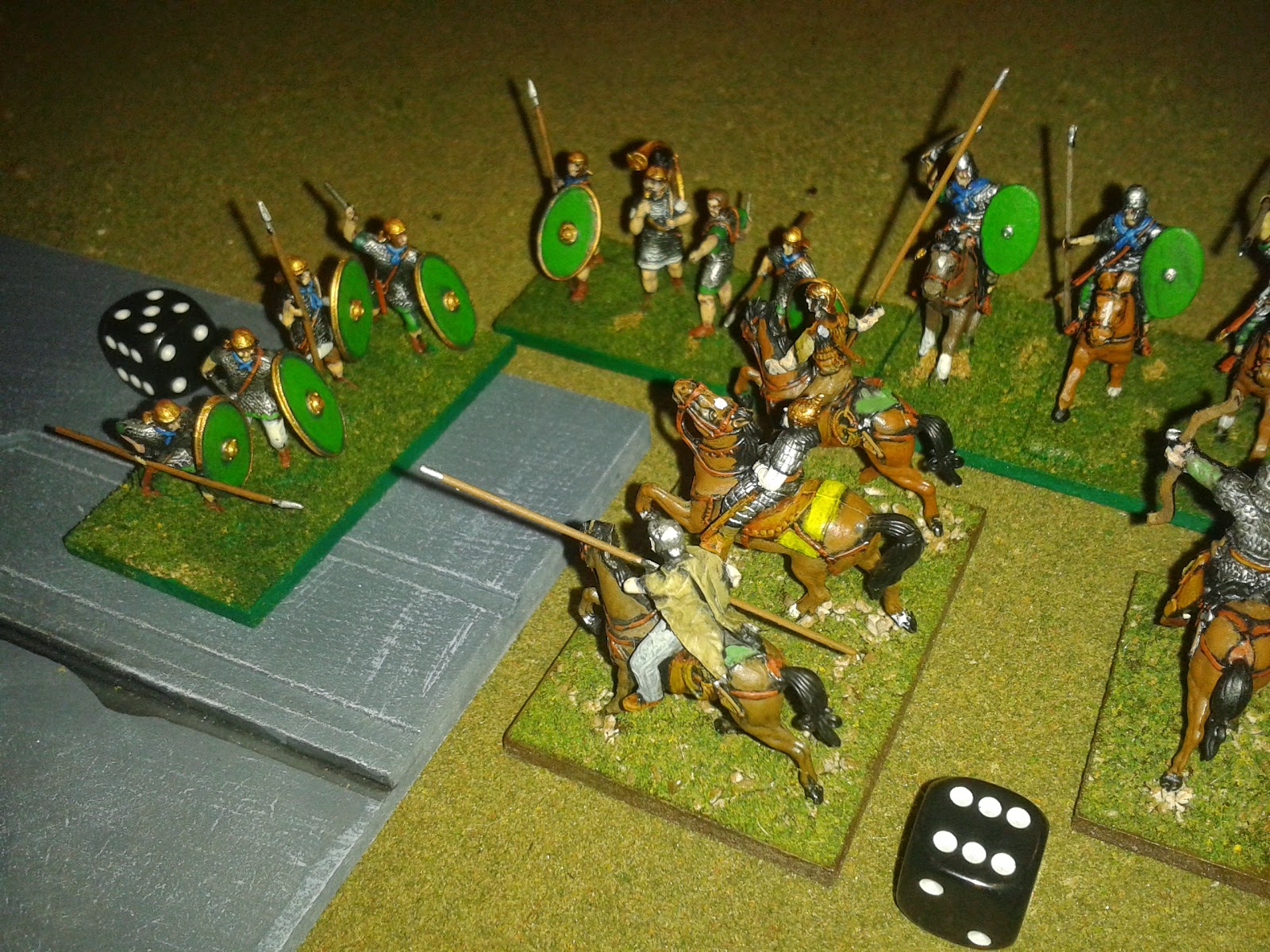 But at least my lancers were able to push back his Auxilia. 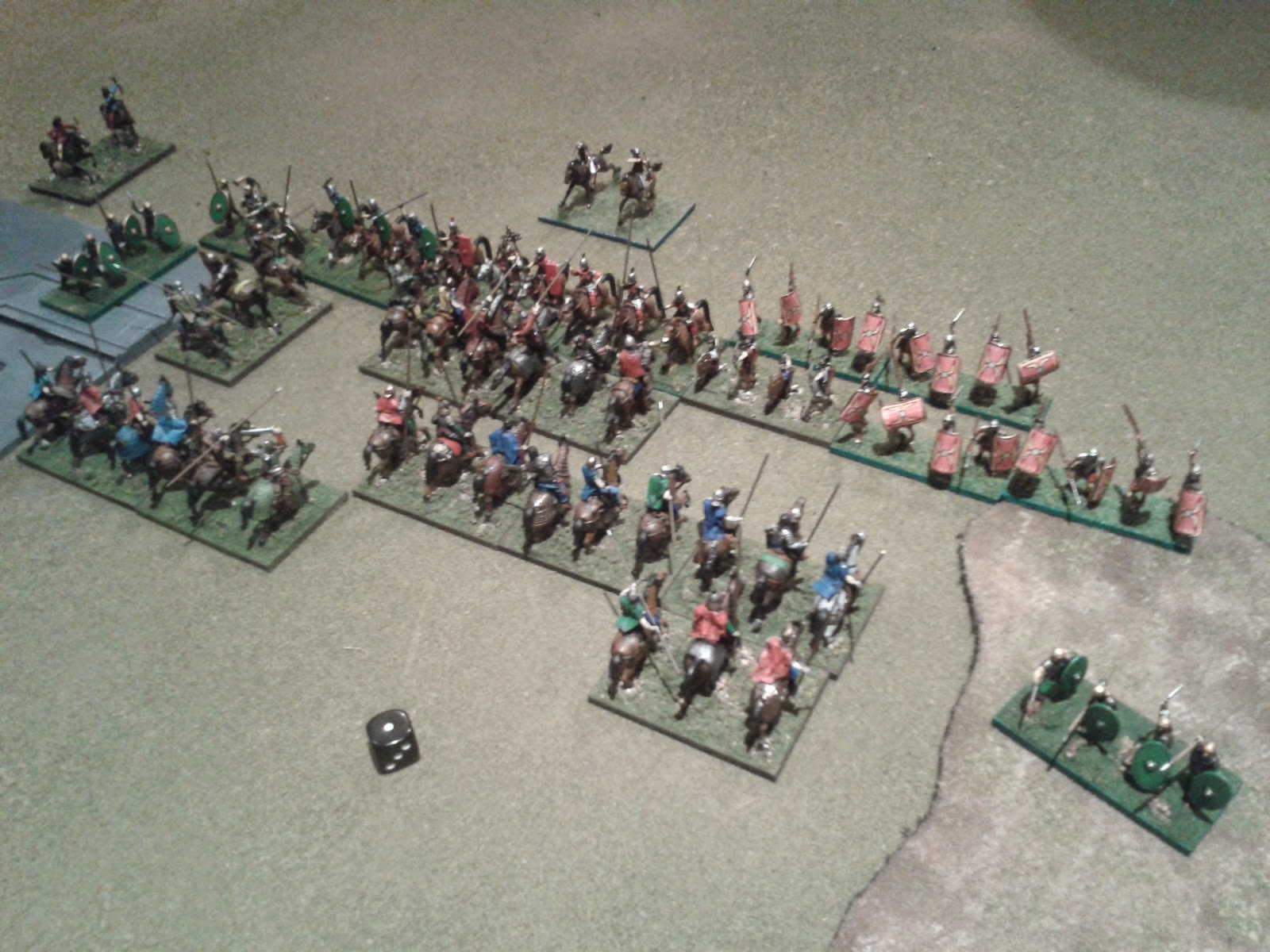 I'm sure I saw far more 1s than anything else on the dratted thing. 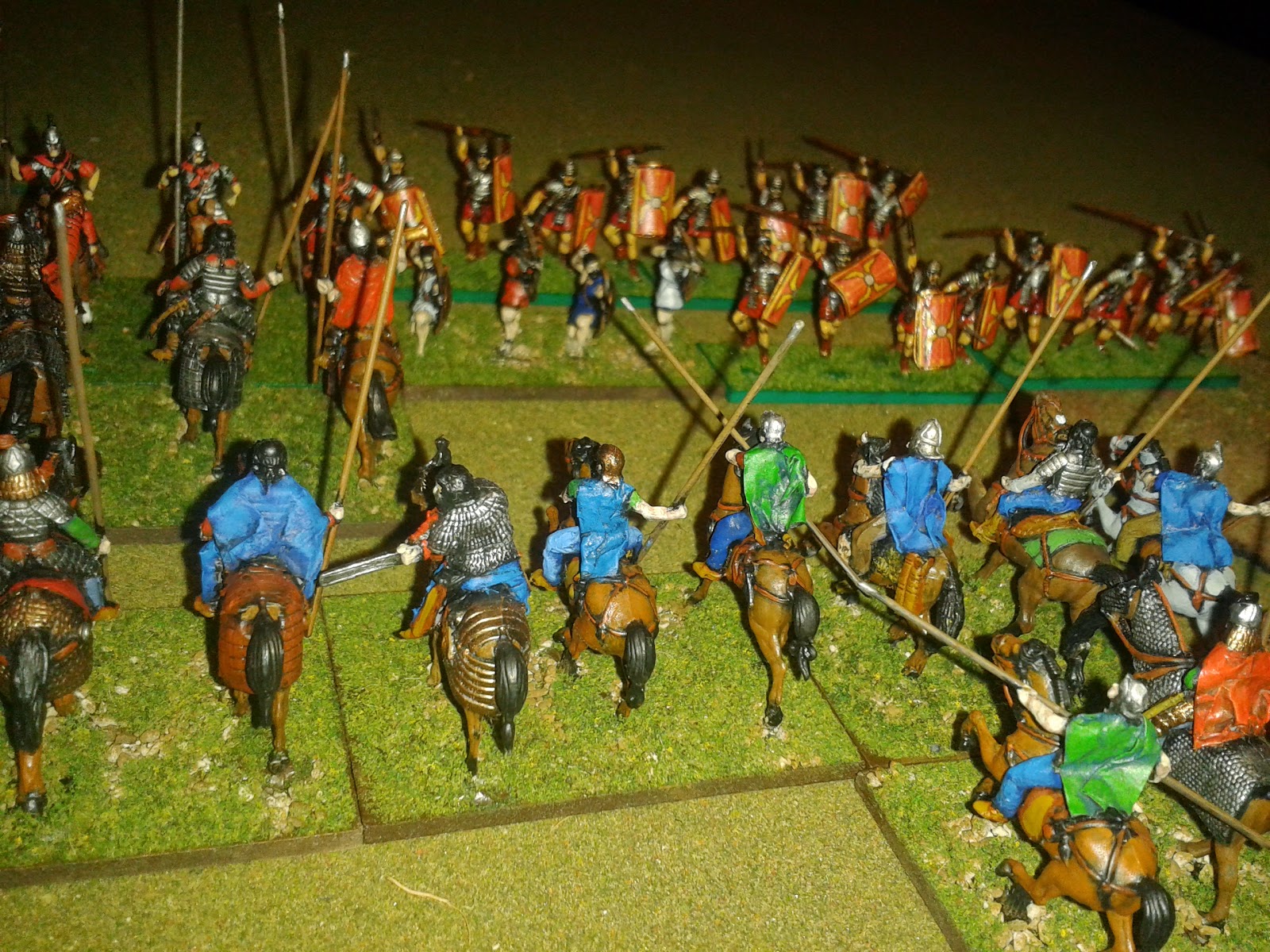 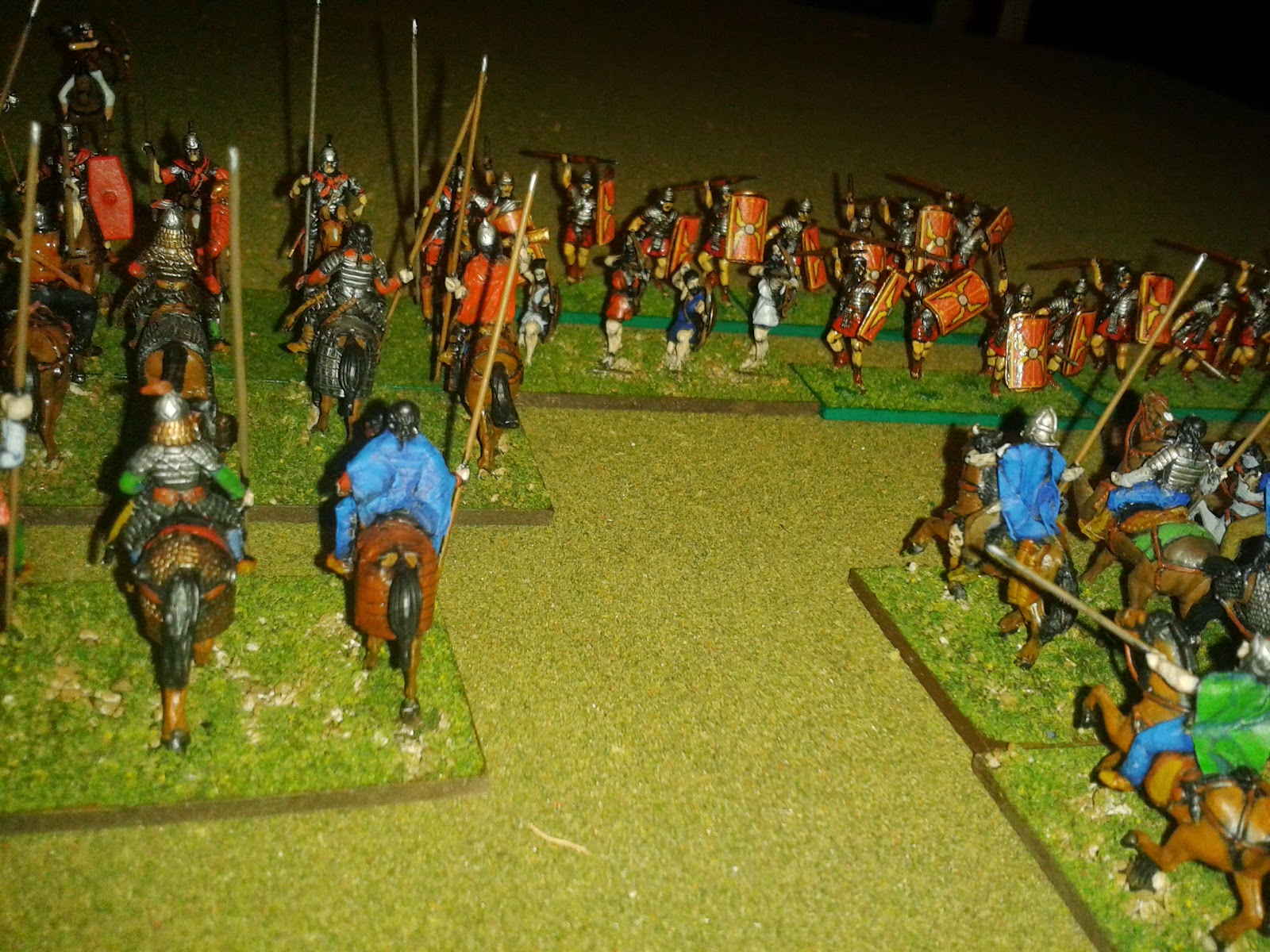 See what I mean?

Things were looking a bit dicey for the horsemen from the steppes. 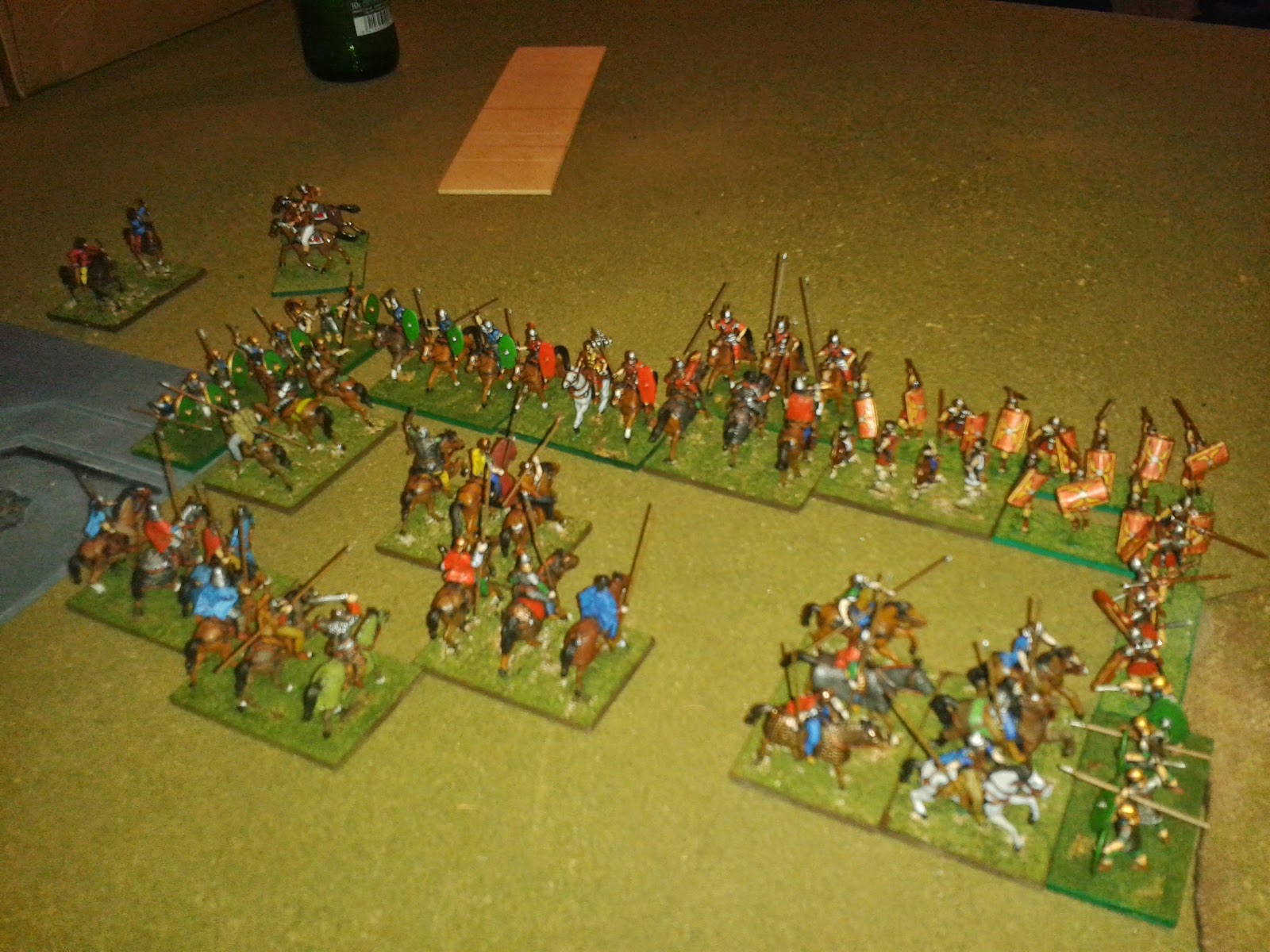 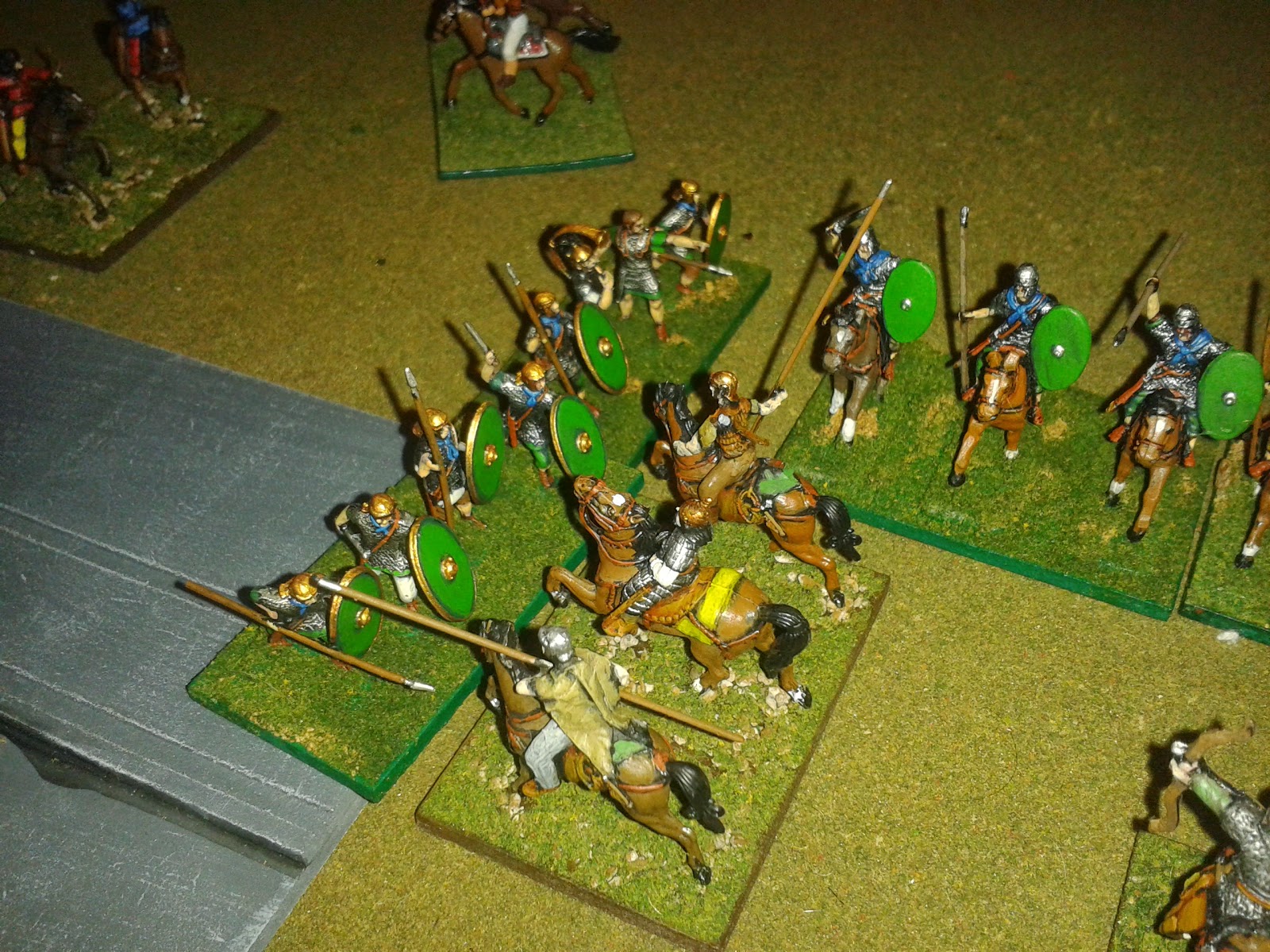 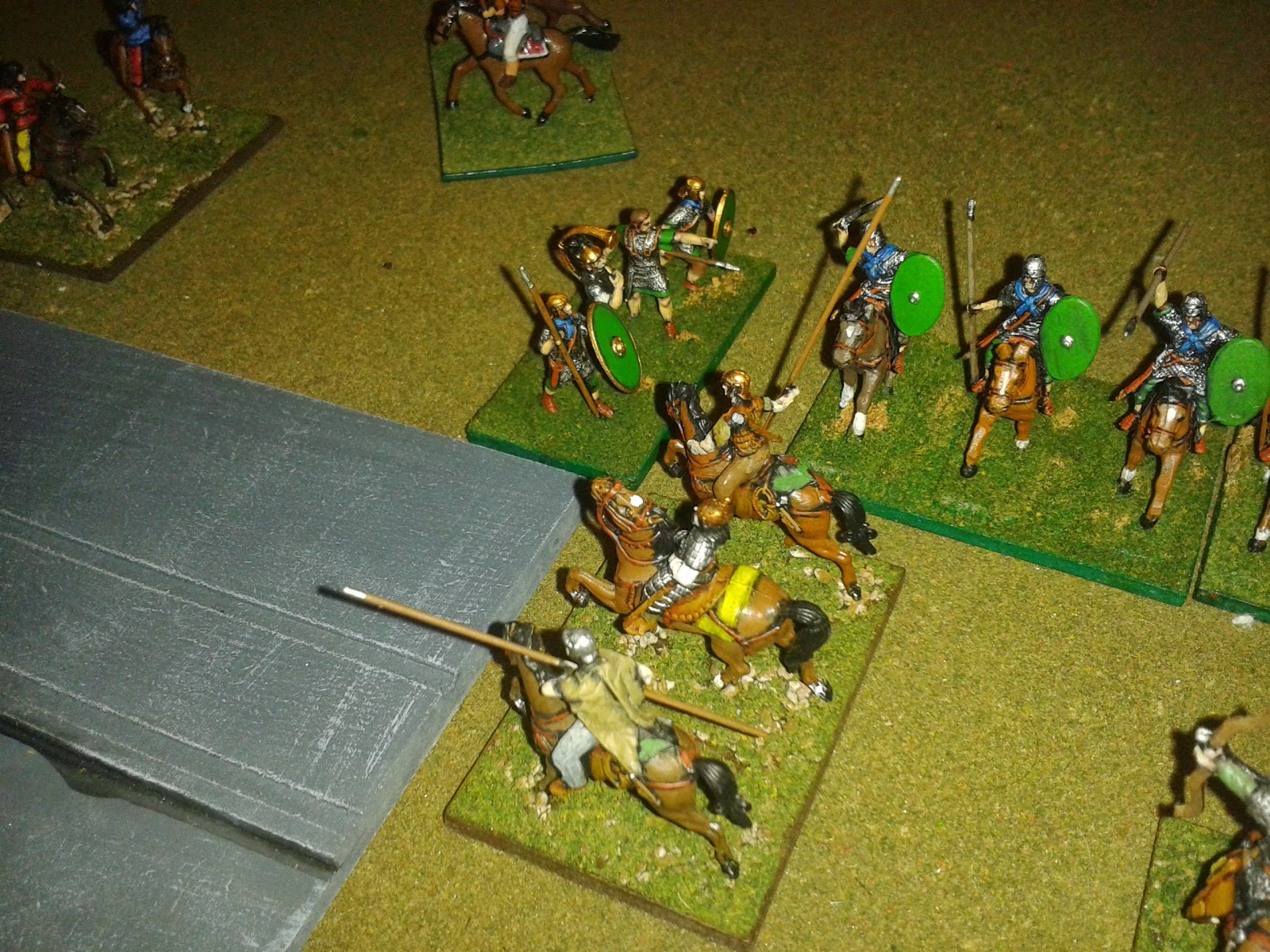 Still, 'twas great to see my toys on the table, and being commanded with skill to which they are unaccustomed!