And Now For Something...

On Tuesday, being the last real day of my school hols (meetings and planning and such taking priority for the rest of the week - back on deck come Monday next week) Young Stan popped round for an early lunch and a quick game with his 15mm toys.

He is lending me a II/32a Later Carthaginian army for the DBA competition at War Clouds, so we thought to try a Book 1/Book 2 clash with his Amalakites. He had Camels for Africa. Or Palestine, as the case may be.

I broke out, and dusted off, my very own 15mm DBA board (I did have a 15mm EIR army ages back, but I sold it), Stan set down some dunes, which I then chose to deploy in (why?!), and away we went. 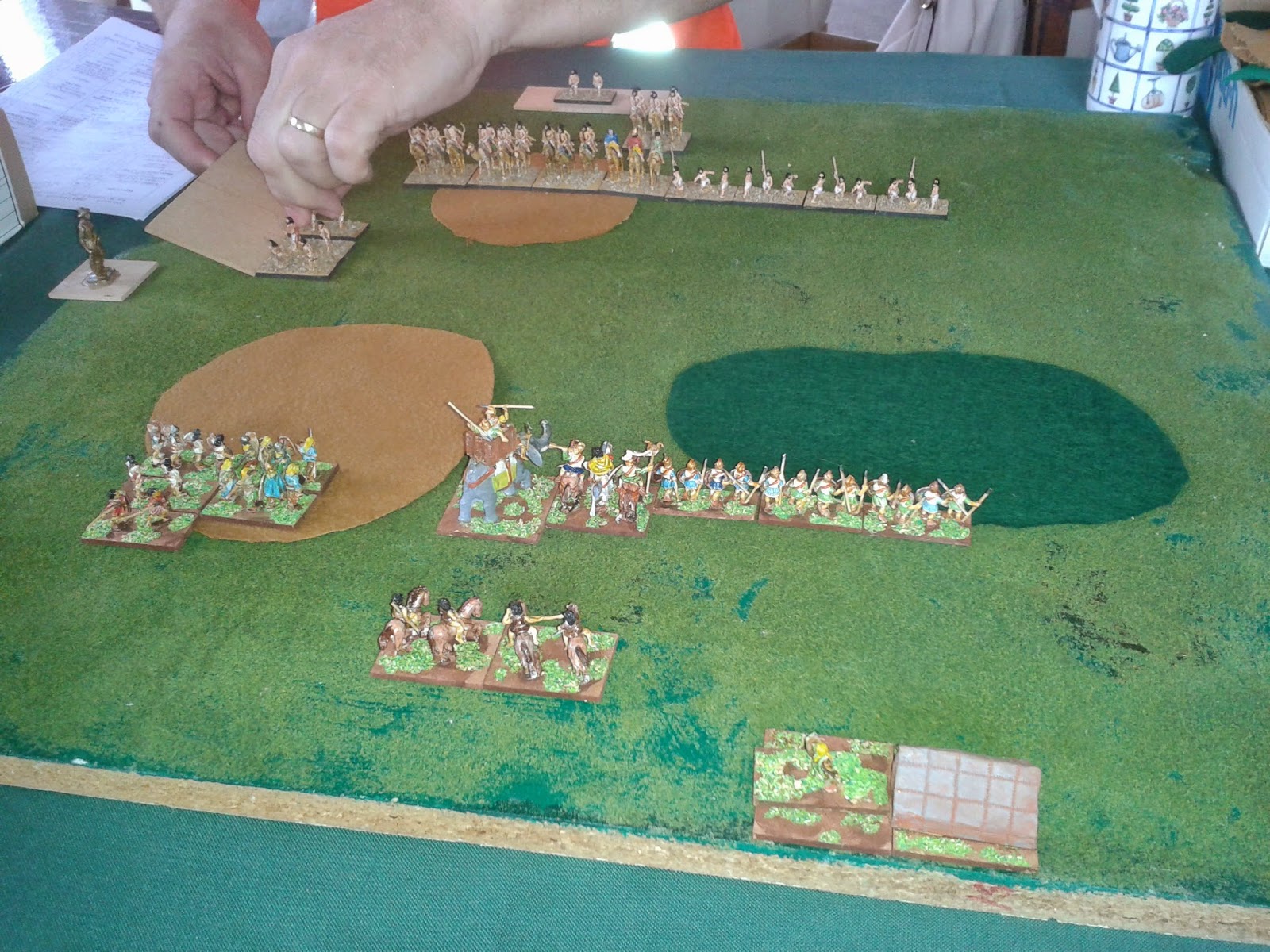 Stan moved first and had a plethora of PIPSs with which to move up his boys. Me, I just had two, so I try to push out my light horse. 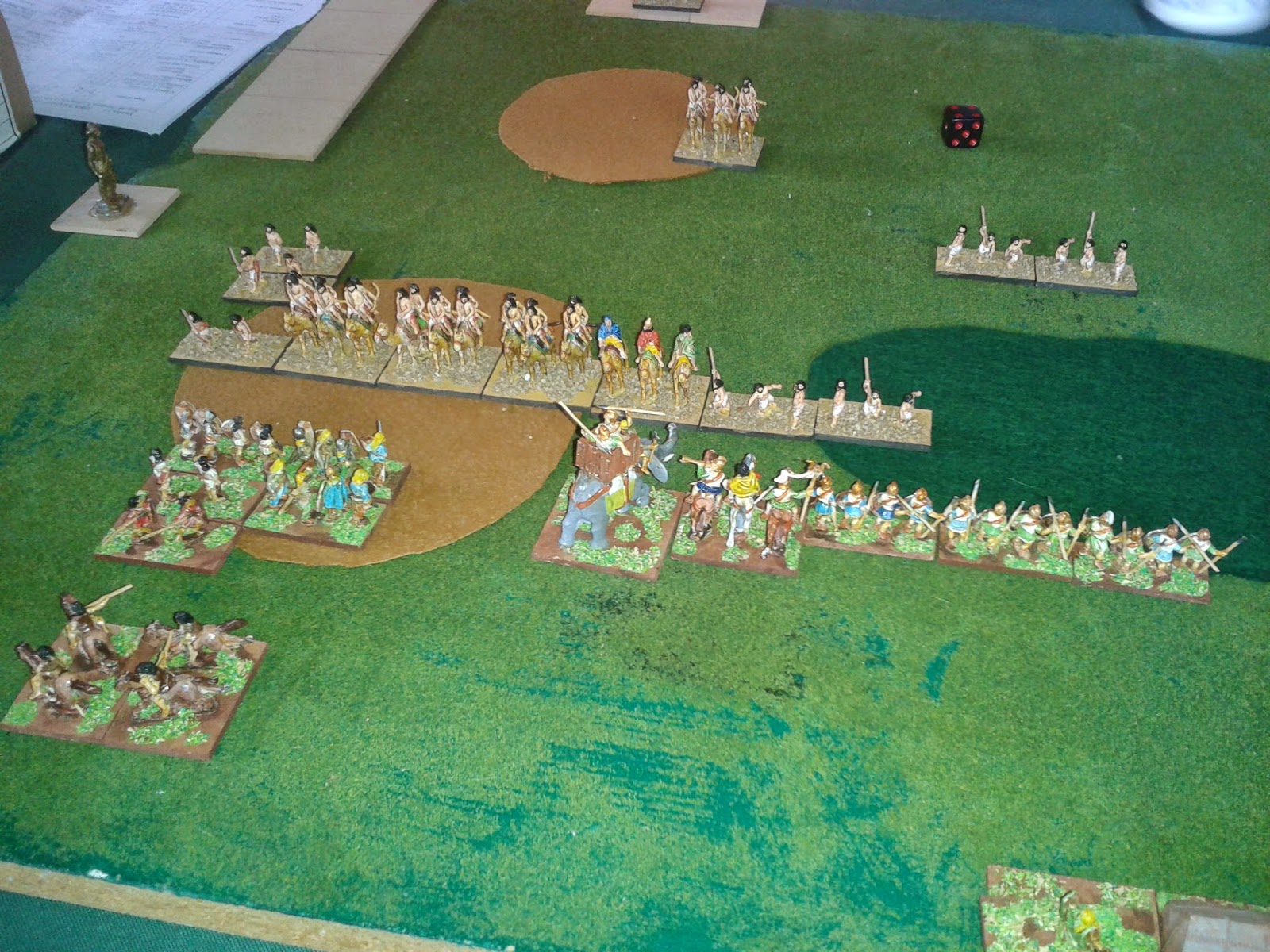 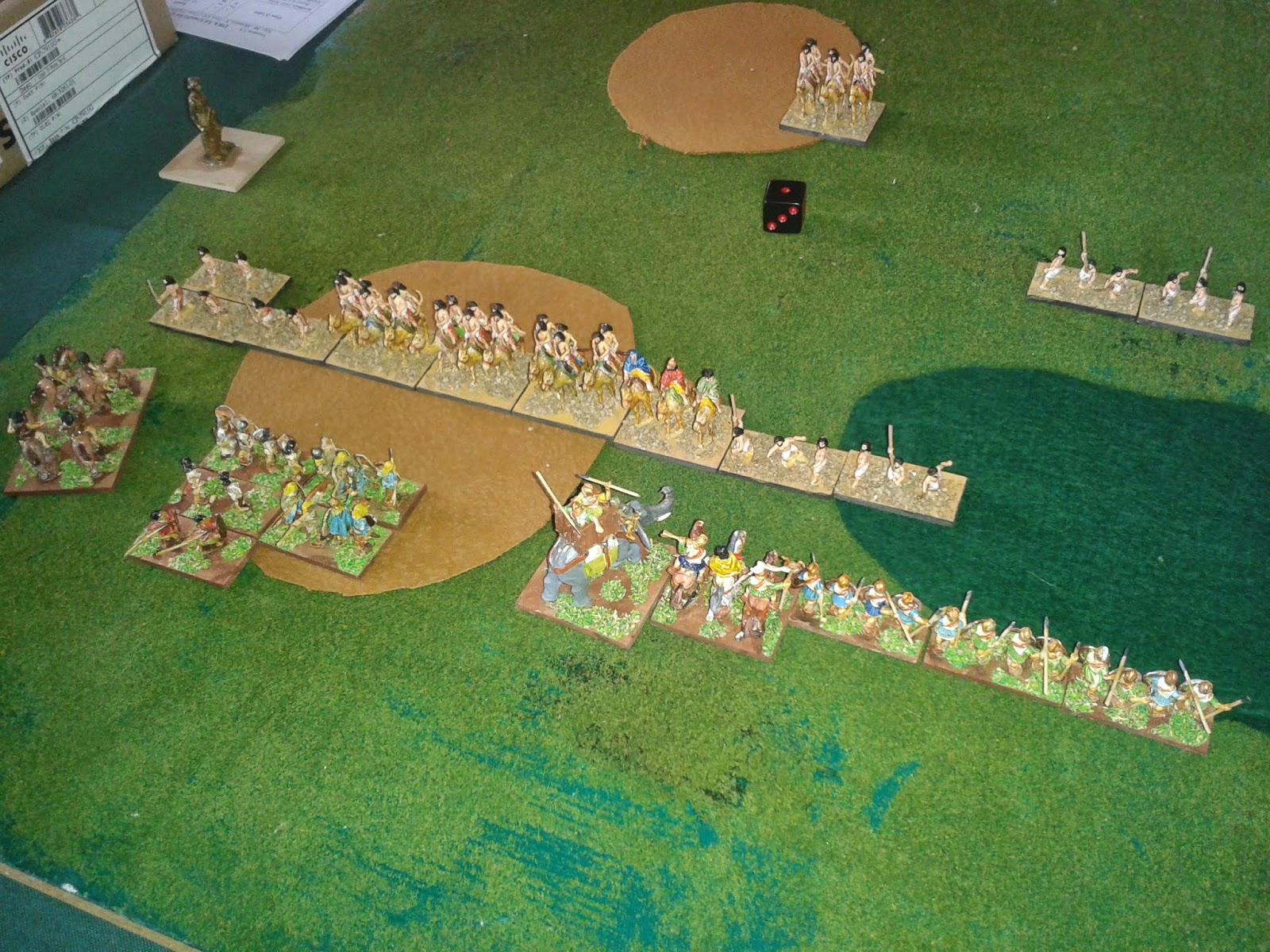 So, seeing as I was a little stalled, Stan storms into contact, recoiling my Spear and Elephant, leaving my Cav General a touch isolated. 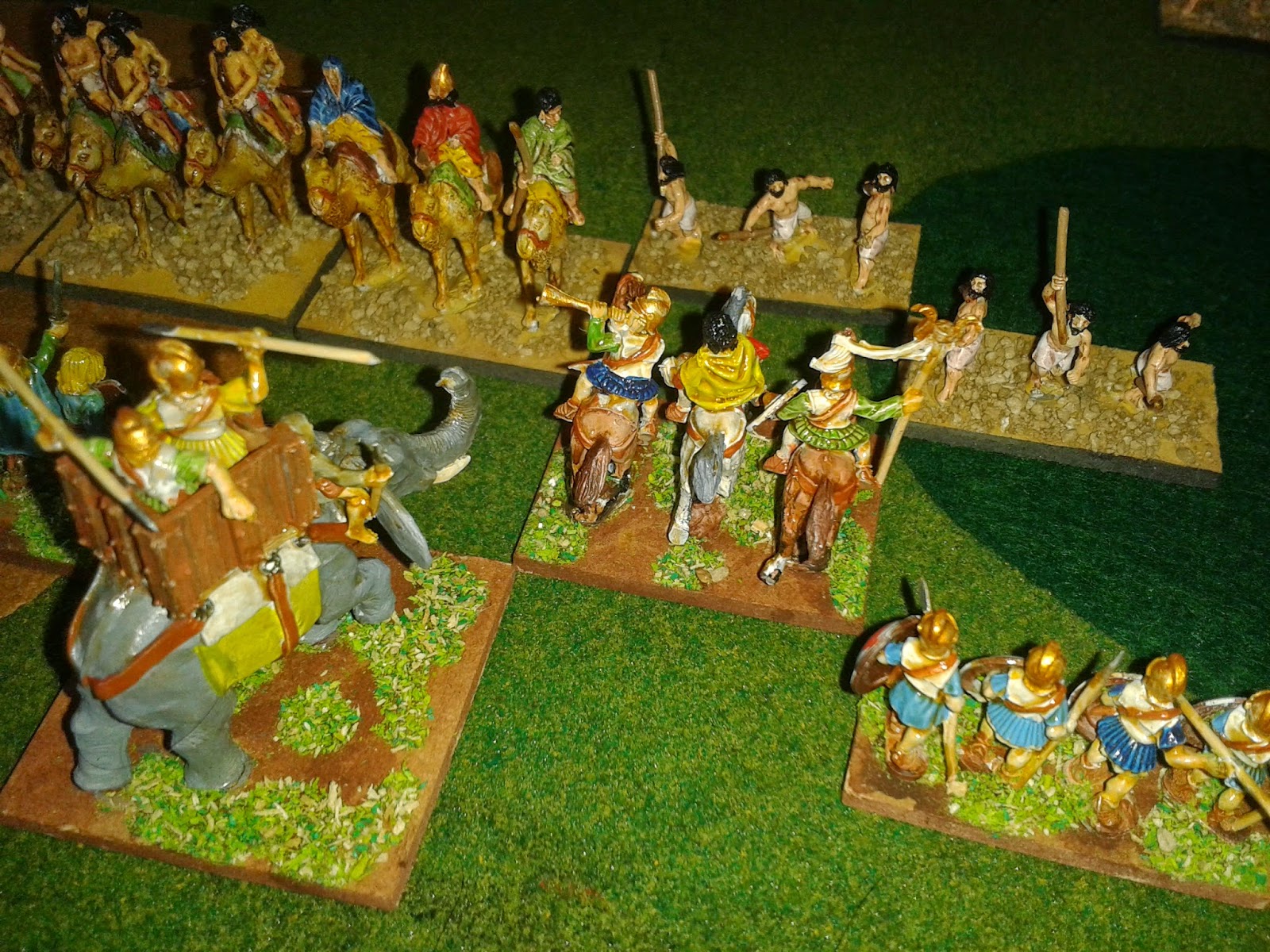 Did I say touch? 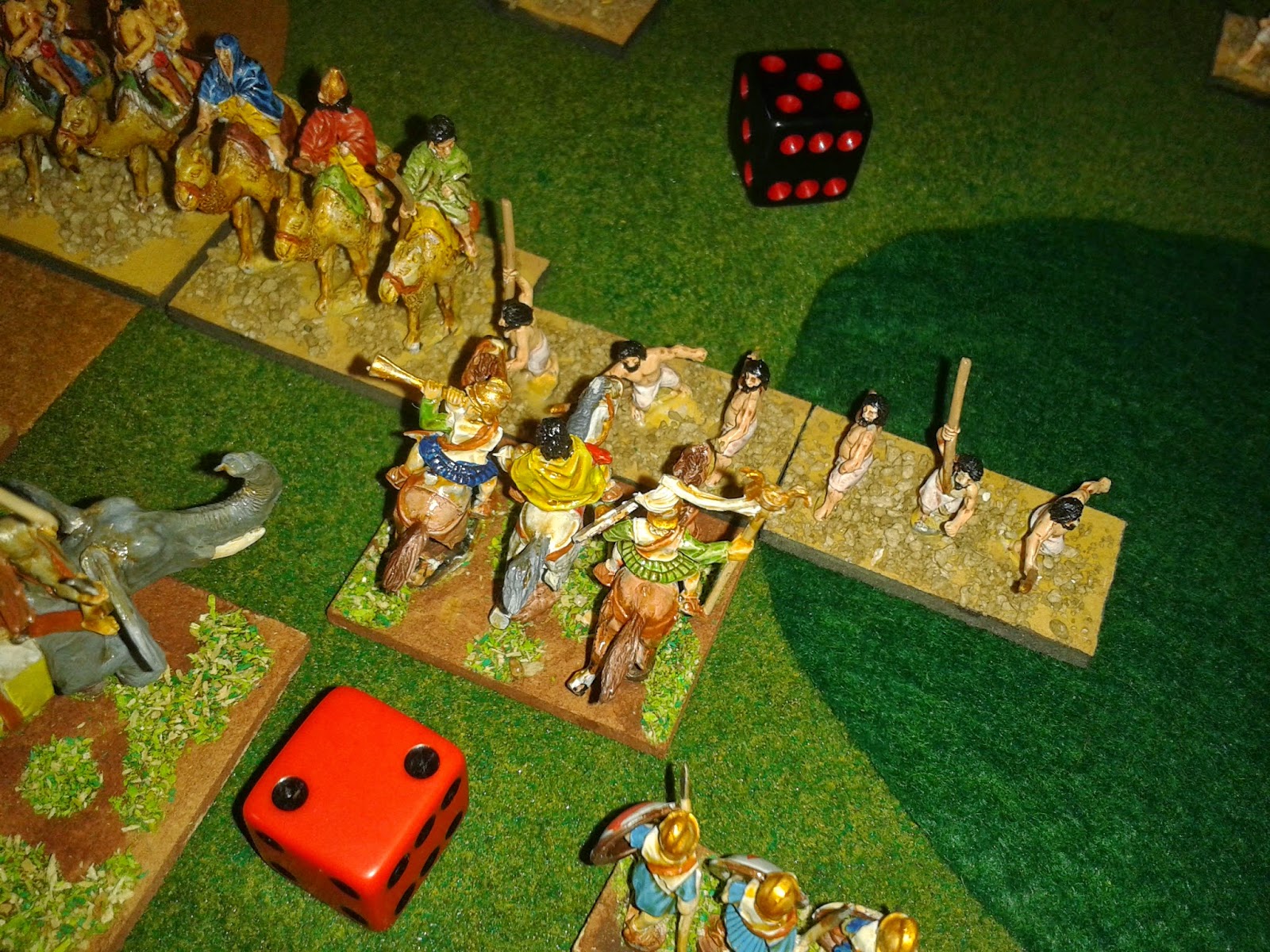 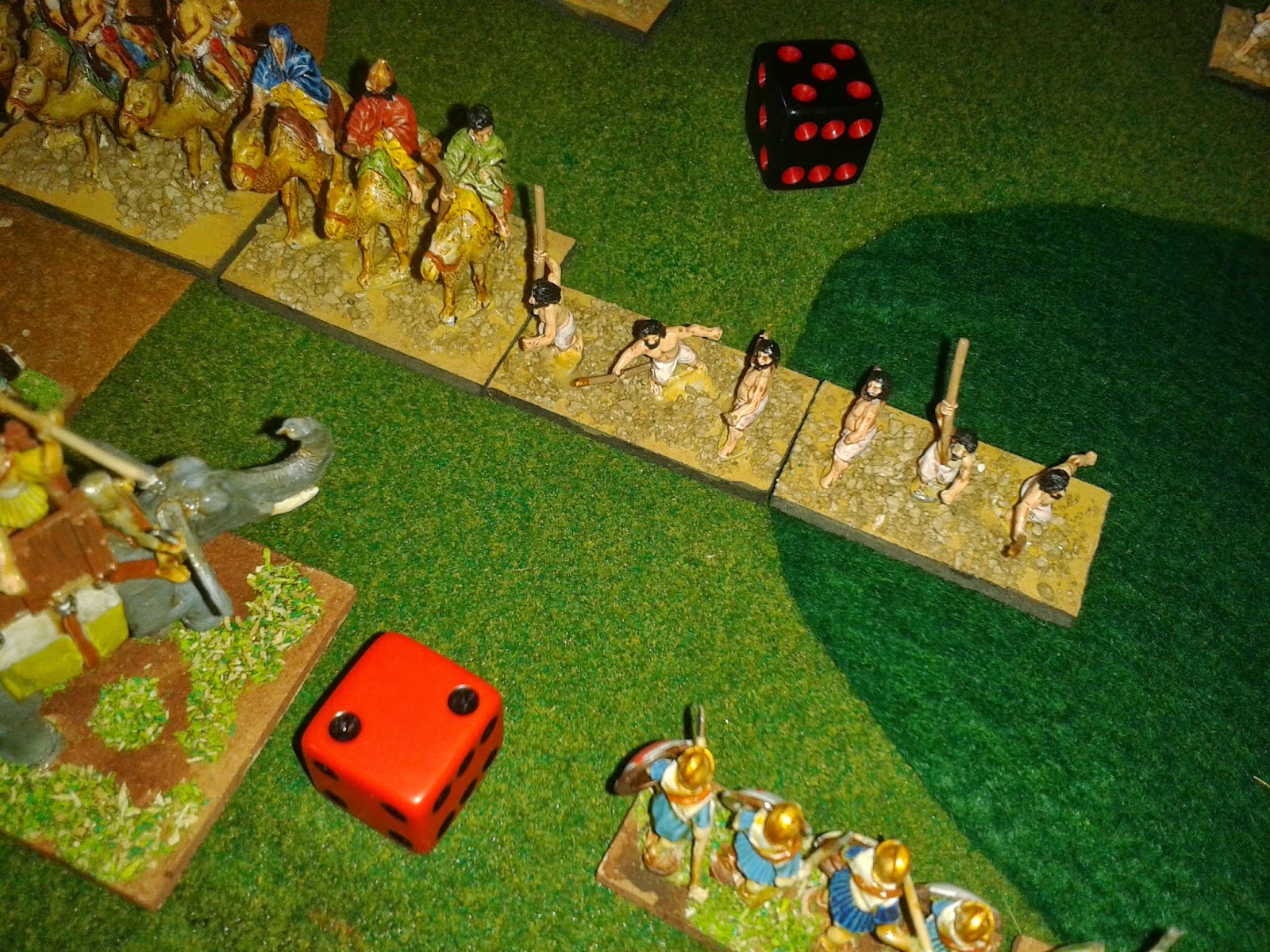 I meant mightily isolated! Down he does to a lowly Auxilia, and that was the end of that!

He was a bit pushed for time, so he took his leave, leaving me with a lesson I fail to learn time and time again - don't push forward your General too eagerly!