And a glorious afternoon it is too. A balmy 25o celsius (about 77o fahrenheit) with a gentle warm breeze. Just lovely.

But enough of the weather down here in Christchurch [NZ], here are my first finished and painted Parthians and Persians. 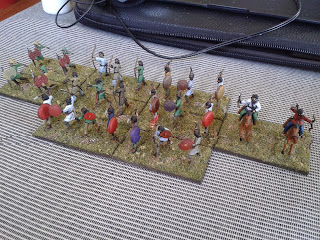 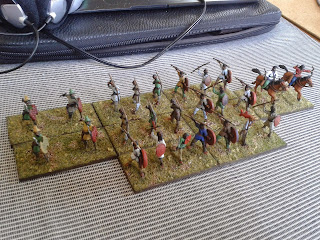 (Those four HaT Parthian foot archers that I was using as Sarmatian foot, but that Stan was using as Parthian archers don't count - they're Sarmatians! Well, they were...I've drafted them back into the Parthian army!) 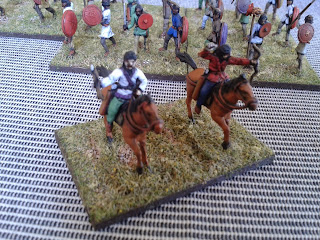 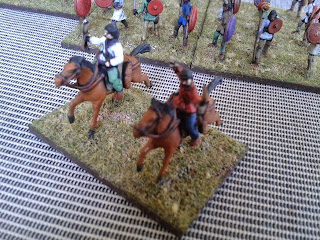 Now, my Early Achaemenid Persian skirmishing infantry. Who I think I'm also planning to use for their later army as well. 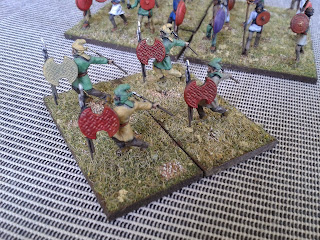 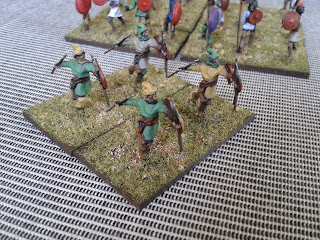 Here we have [looking up the DBA 3 army list] one element of Daylami. [Suddenly has an idea, and actually looks up what Daylami infantry look like]. Oh, so that's what they should look like. Ah well, these'll do. 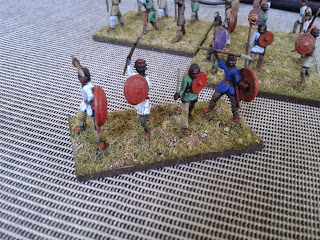 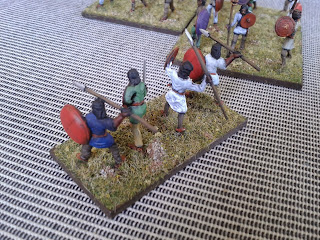 A couple of Hat Parthian infantry (from their Heavy Cavalry set), alongside a HaT Frank and a Revel Saxon.

Then two elements of city militia. 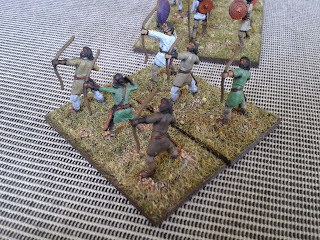 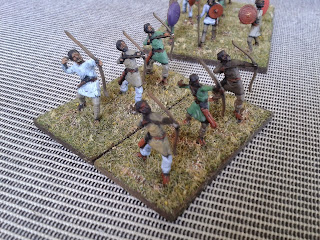 HaT Franks, a Revel Saxon and a Emhar Saxon.

Finally, some Hyrkanian mountaineers. Plus an extra to make it a Warmaster Ancients unit. (I guess I could field the city militia as an under strength unit...) 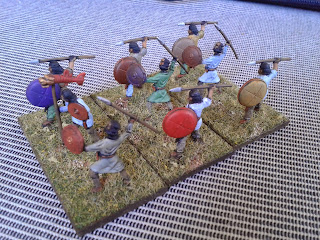 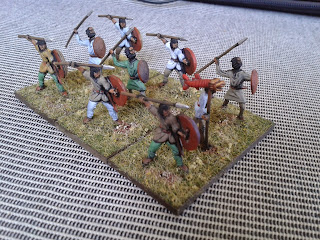 I tried something a little different for their bases. I mixed up a couple of flocks (one a nice well watered green, one a parched yellow) on top of some spots of painted-and-highlighted sand. I figured that since both armies are listed as arable, their grass can't be all dead and crispy. I think they came out ok.