Yesterday, after a fantastic game with Stan, Jamie popped round for our first game together. 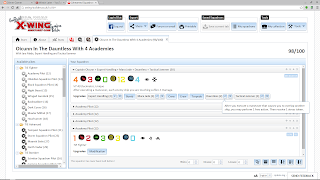 He brought round Chewie and a couple of Rebel Aces. 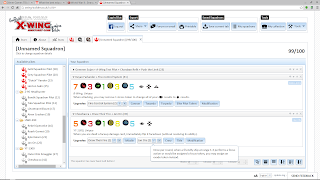 I laid down the Imps, he hid the Rebels in the opposite corner, and away we went. 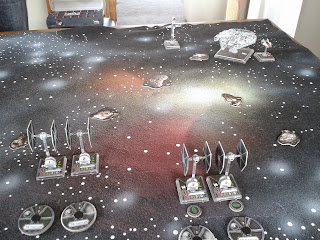 (The Dauntless was off shot to the left). 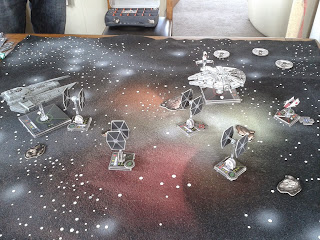 Ahh, there it is. Tie 3 was down to one hull before he even got a shot off...at the YT. As did all the Imps. 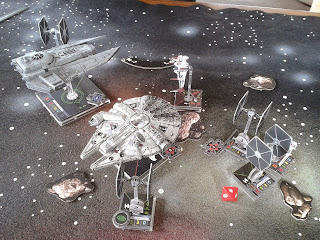 And then the Dauntless purposefully flew into the B to deal one damage. 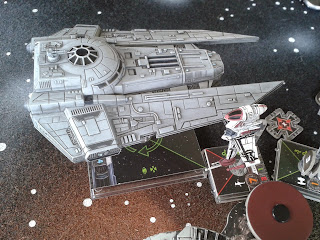 I forgot to apply Jara Made's effect (give stress to enemy at range 1) as well as the Dauntless' (free action when you drive over someone). Must remember those next time.

All the while the Imperials pour fire into Chewie. 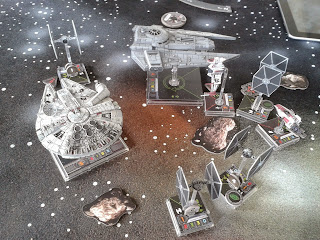 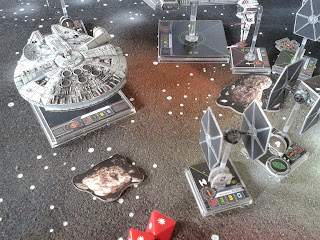 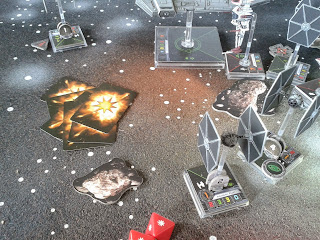 So, I thought to bring out the debris marker. It applies stress to anyone who flies through it, you roll for it just like an asteroid (but only crits have an effect) but you can still attack whilst in the cloud. 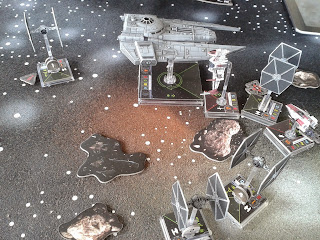 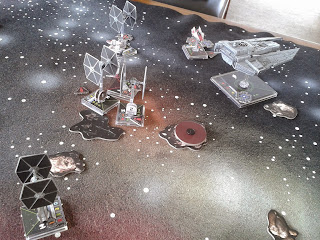 Gemmer Sojan zips out the other side of the Dauntless, K turns... 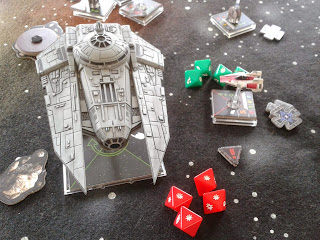 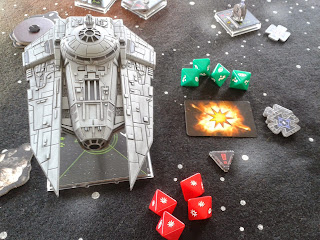 ...and kinda comes off a little worse for wear!

Look at that, I one shotted an ace!

Then Kayan finally speaks up. 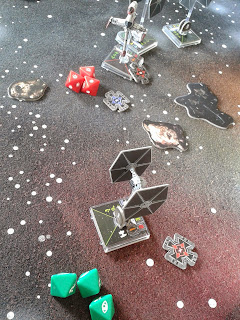 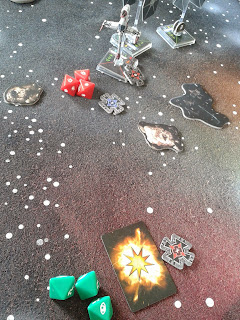 Indeed, he shouted. He only needed one unanswered hit to finish off this crippled Tie! 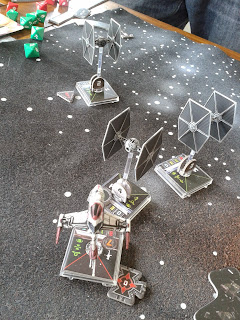 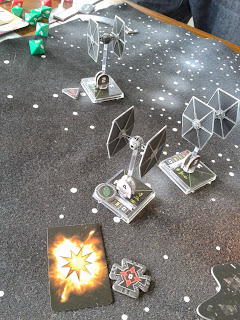 ...the writing was kinda on the wall!

All while the Dauntless lumbered on in a big U turn off stage right subsequent to it's initial pass. This thing handles like a brick!

Great to finally meet you Jamie, and thanks for the game,