Yesterday Bruce popped round for another X Wing game (he does seem to enjoy them), so I thought to break out my latest acquisition – the mighty GR-75 Rebel Transport.

Having never used a huge ship before, I thought it best to run through the first scenario. Escape from Hoth. So, while Bruce chose his list… 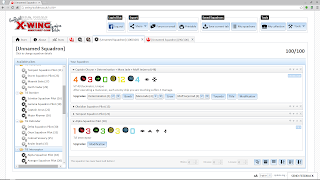 …I hurriedly read the rules, chose my own… 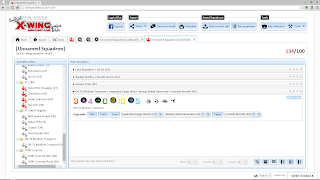 The idea was to pretty much get/stop the GR-75 diagonally across from one corner of the mat to the other, while the Imperial player tries to take it down with their fighters (or, in Bruce's case, the Evil Falcon and friends) and 6 mines, the control of which can be wrested from the Imperials by the Rebels having more ships at range 1 to a given mine than Imperials. Note, these were not proximity mines, one could be detonated by the Imperial player per turn.

I start out slow, allowing the transport's energy banks to charge up. (Energy allows for the recovering of shields and such. It is gained through the movement dial of the freighter - 1 forward allows three energy tokens, 4 forward allows none, and various combinations in between.) 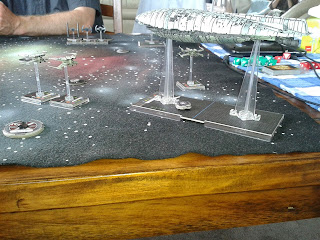 The transport moves last, and, as I discovered just before it's move, destroys any other ship it runs through - it doesn't stop at the point of contact, it finishes it's entire move. Like, right now, my dialed straight maneuver will destroy both Wedge and Luke. Arghh!

Bruce graciously allows me to dial a turn instead. 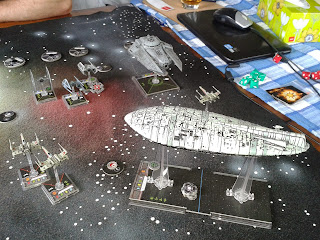 Even then, not having flown this space cuttle fish before, I was unsure whether Wedge would escape. 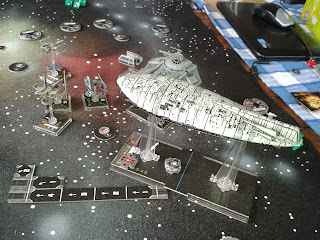 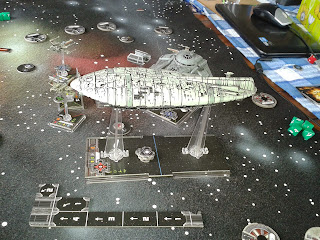 Unfortunately, Bruce takes back control of the mine... 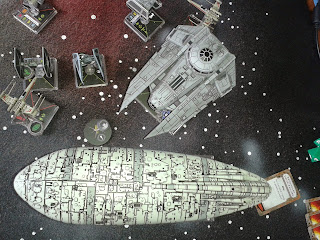 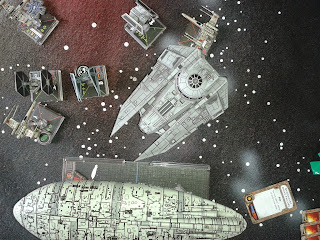 ...and hands out, I think it was six stress tokens that he could dish out to any and all Rebel ships on the table.

If memory serves, Wedge got three or four, Luke got one and Garven got the rest. Plus one for the transport, but we couldn't find any rules as to how it could get rid of it, since the dial doesn't have any green (or red) maneuvers, so...we ignored it.

However, by getting so many ships so close to the cuttle fish... 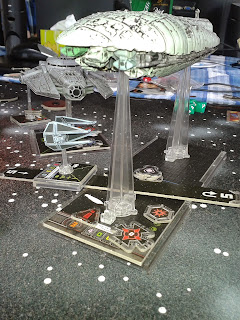 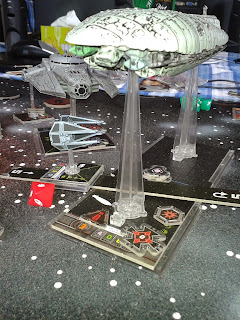 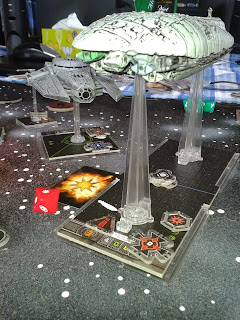 Boom! (Other ships running into the transport roll for damage, just like an asteroid.)

However, this lucky lucky Tie managed to zip past the GR-75 to complete a K Turn, right before the transport moved. The cuttle fish avoided the Tie by less than a millimeter! 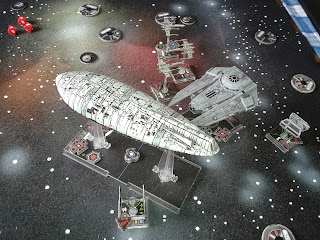 Bruce sets off another mine... 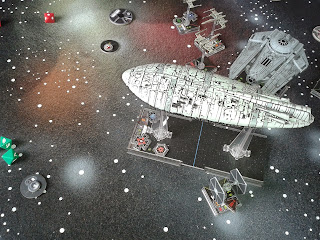 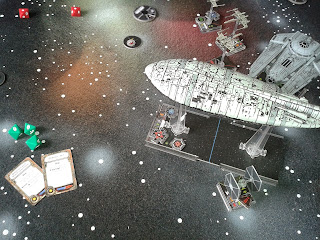 ...which flips over two damage cards - turning them into crits. One of which was a double hit.

Next turn, I try to haul ass with the transport (therefore gaining no energy, therefore regaining no shields...hmmm...) and my Xs are flailing around uselessly, doing green maneuvers to slowly take off their stresses. 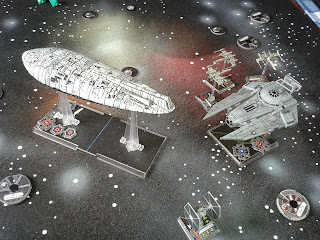 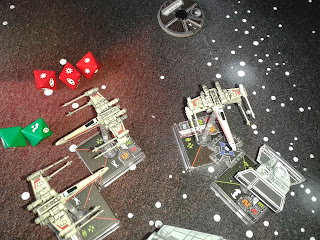 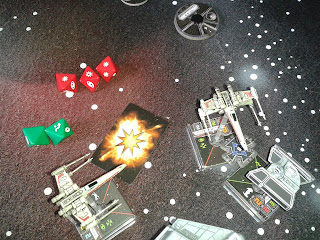 Which doesn't help Garvin's cause at all. 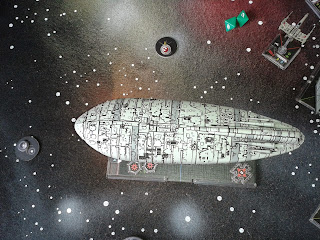 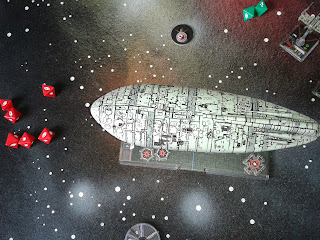 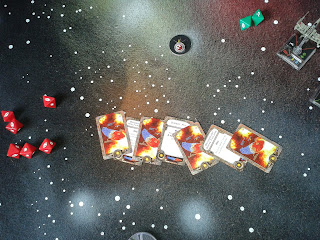 ...and that was all she wrote!

And after all that, I discovered the Combat Refit upgrade card that I was supposed to be using… 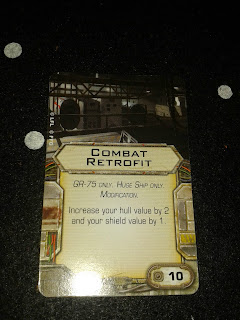 All in all, it was a very enjoyable way to spend a Friday afternoon. And now that I've got a better handle on things, I’m dead keen to try it all again.