Another week, another lunchtime game with Stan.

Same 50 points as before.

He took the Rebels... 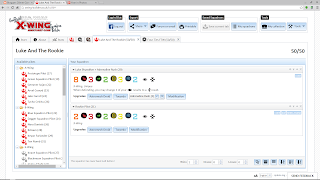 ...and I took the Imperials. 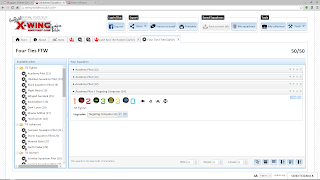 Minus the target lock. I wonder what I did with those tokens...

Anyway, away we went.

I thought to try to flank him. 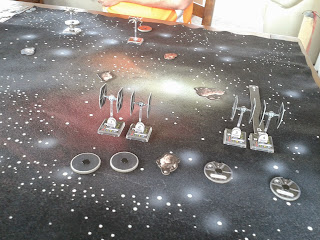 He completely annulled it by flying further away! 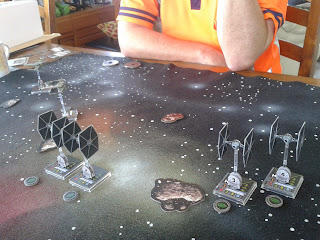 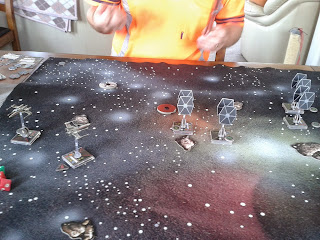 I risk flying over an asteroid in an effort to catch him. 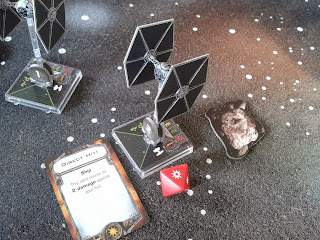 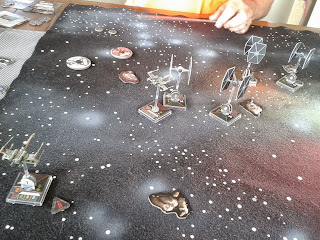 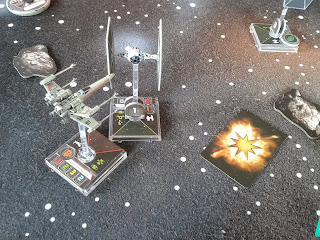 To then be finished off by Luke.

I know what I'll do. I'll fly around the rocks, and fly into Luke so's he can't shoot...well, the one that's blocking him...and deny him his action. 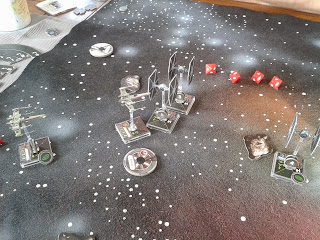 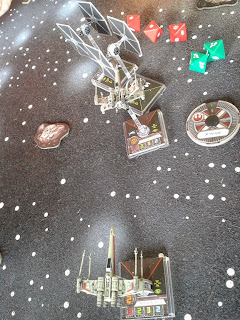 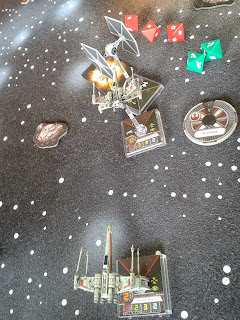 Who would have thought that Rookie was such a crack shot?! 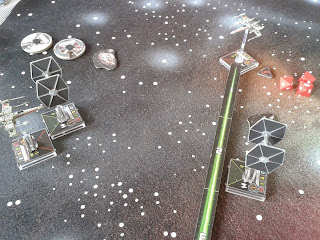 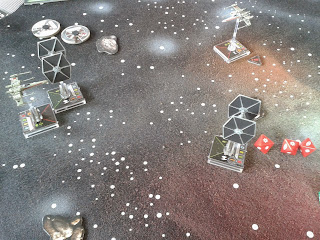 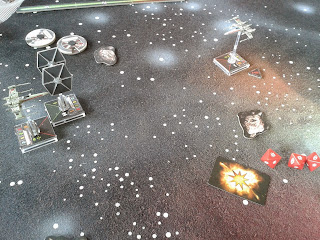 And so it came down to two to one - and not in a good way. Well, for the forces of order, anyway. 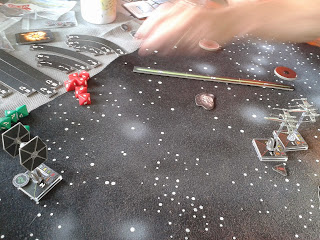 Then followed an excellent bout of dog fighting, the likes I've not seen since... 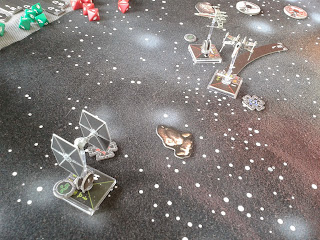 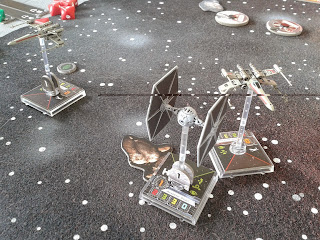 Aww, drats! Can't shoot when atop an asteroid. I could have had him too - we were separated by mere millimetres! 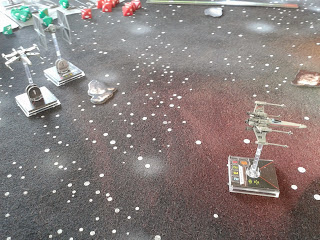 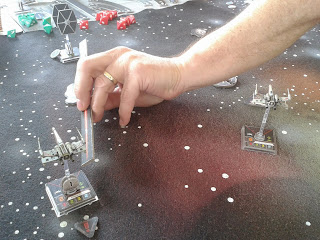 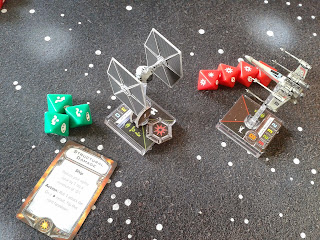 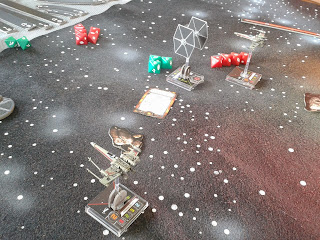 Still, I had managed to inflict a double hull critical hit on Luke - both he and my Acadamy were down to one hull point.

Right, time to fly away to get some space to get rid of that on-going crit effect... 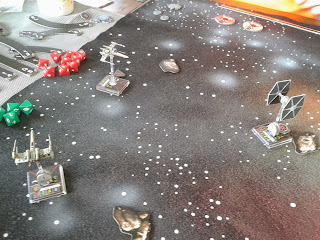 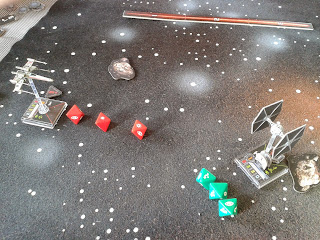 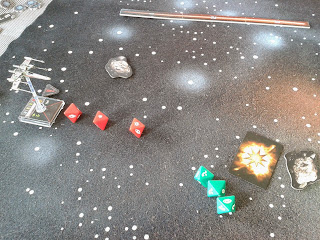 Still, it was a great game, thanks once again Stan,