Last night I popped off to the Shirly club for another game with Tim. I'm loving the Decimator, even if it is an egg timer - after a fairly short while it's just gonna pop! 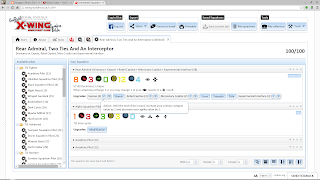 The Expose upgrade is brilliant for the Decimator - you ain't got no green die to loose!

Experimental Interface is a lot like Push the Limit - Once per round, after you perform an action, you may perform 1 free action from an equipped Upgrade card with the "Action:" header. Then receive 1 stress token.

Tim was running, as far as I can remember... 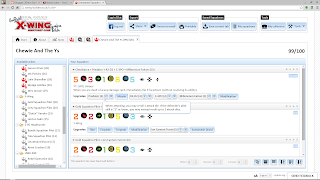 Predator is a nasty nasty upgrade! Re-rolls for Africa!

So, we set up and away we went. Tim had, moments before, just sold me a Rebel Transport for $25, so we thought to use one of those nice tall stands on the Decimator, just as Tim had done with his Falcon. 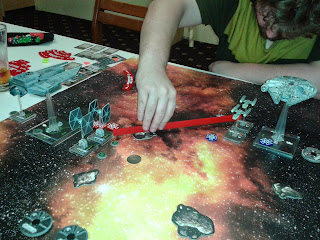 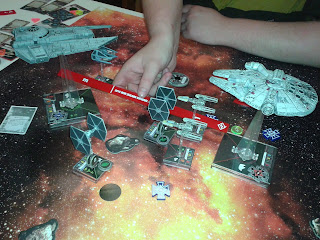 Next round, and...the Y's ion the Decimator!

"Now that's clever!" said I. With no evade die I could see this big old bus slowly floating right off the table! 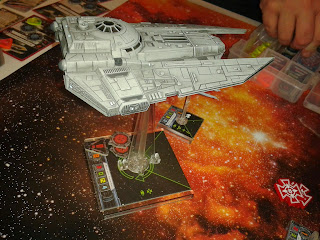 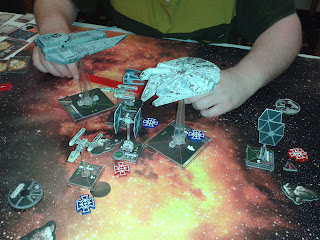 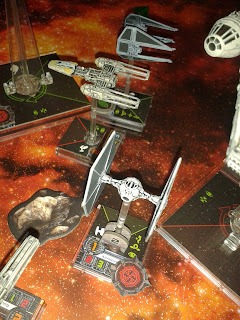 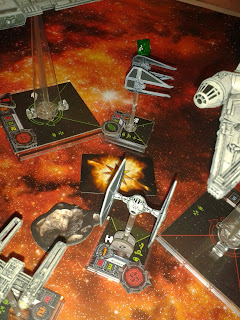 ...taking down those Y Wings became a priority!

We separate from our first pass... 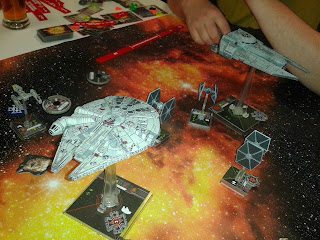 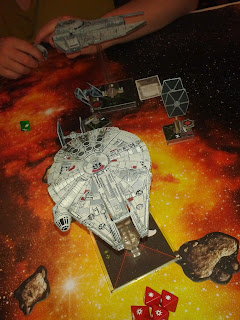 ...and Expose strips the Falcon's shields and starts dealing the hurt! 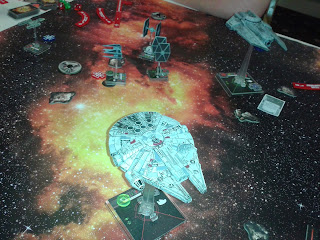 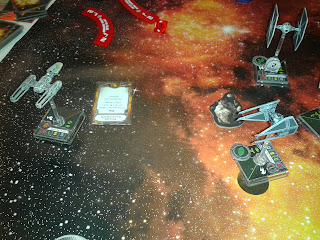 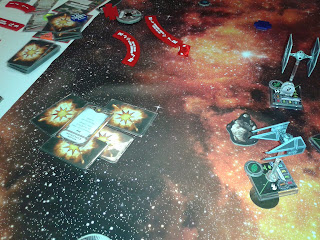 But not for very long.

I scream forward the Decimator over an asteroid (no damage - huzzah!) while the Ties scramble to turn around.

Chewie's in a bit of a pickle. But not just yet. Only the Decimator can shoot, and he's stressed so can't carry out any actions to enhance the shot. 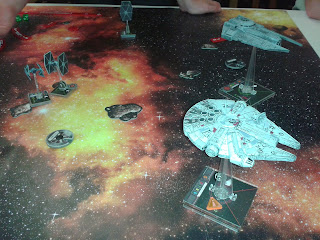 Next round, well, we collide!

(Which caused me to think that having the Dauntless title, even though the Rear Admiral ain't no Kenkirk - who seeks to barge into folks for the additional damage he'd cause - would be a good idea. This thing is big enough that it's going to roll into someone at some point in the game. The Dauntless title'd give me a free action in such a case. And at the same cost as the merc co-pilot...who really didn't do much this game...)

And as both ships are standing tall, so so speak, Chewie engages his cloaking device! 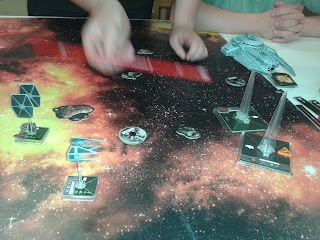 For the next two rounds they stood face to face, neither of us dialing maneuvers that would clear each other's bases, while Chewie took pot shots at my fighters. 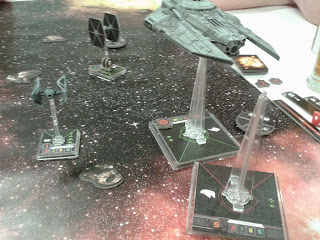 Blow this for a joke, thought I. I need to use my big guns. 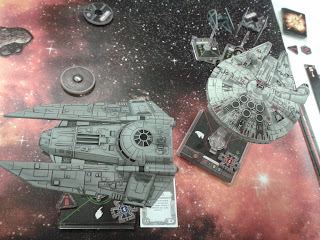 And use them I did. Target Lock, Experimental Interface and Expose - five attack die at range 1, with re-rolls! 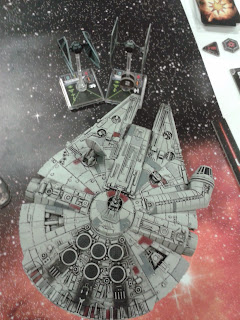 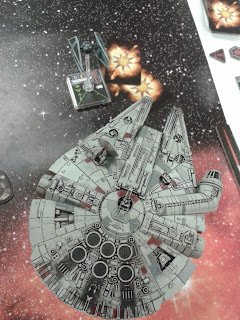 ...Chewie wasn't quite done yet! 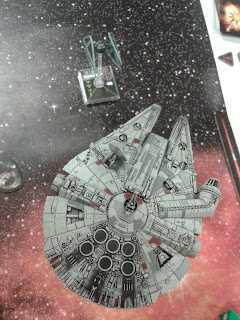 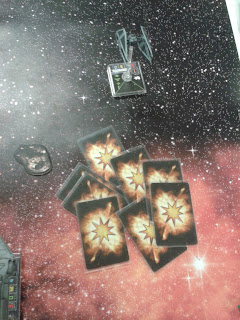 And the Decimator survived the game!

Thanks for the great game Tim, I felt sure that the Decimator was going to be ioned off the board! But, as you pointed out, with each of your ships only having one evade die...

And thanks for the new toys!