Well, school is nigh, so here is the culmination of 6 week's painting - my third (of four) Early Achaemenid Persian Sarabara Bow element. 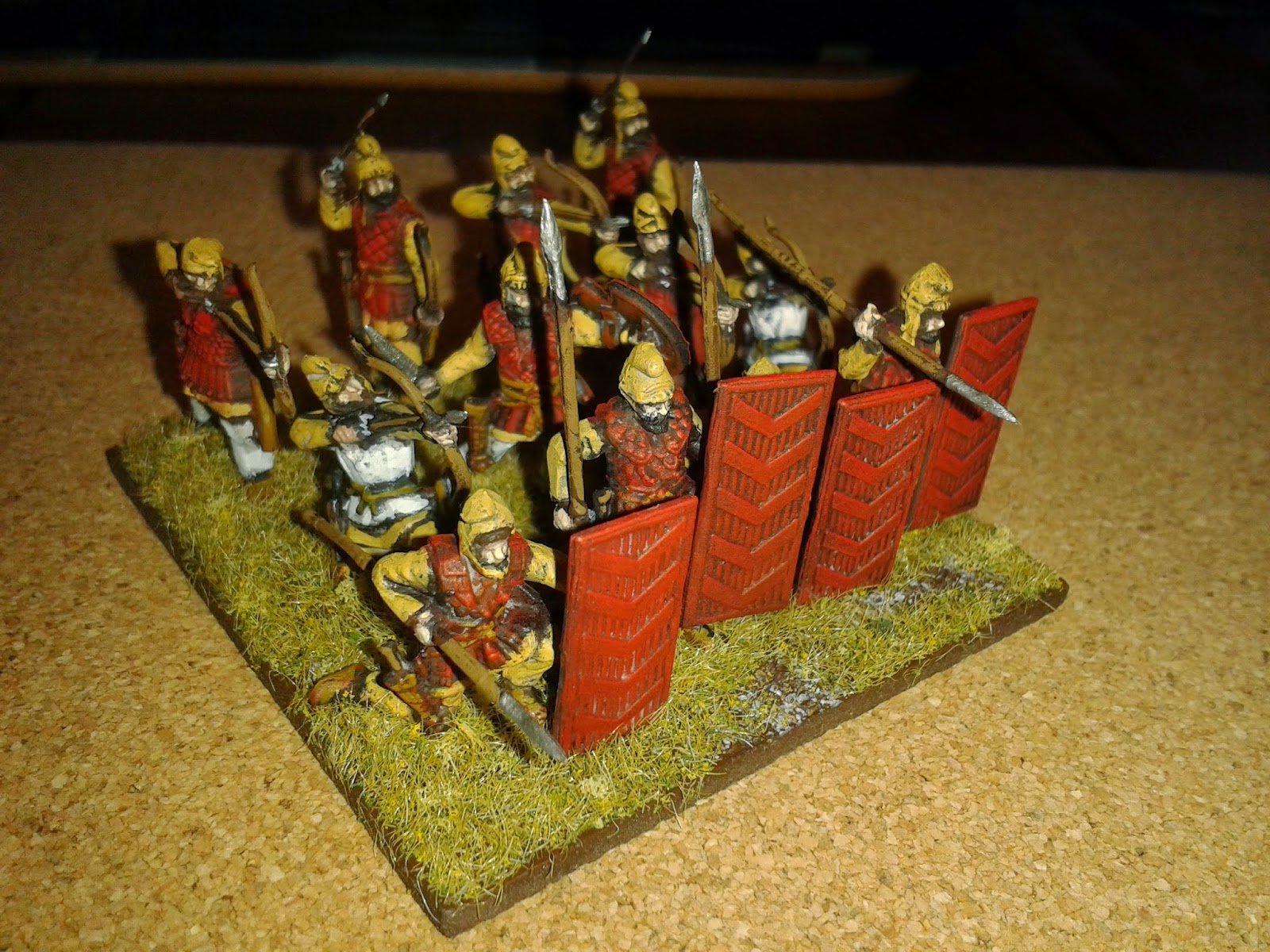 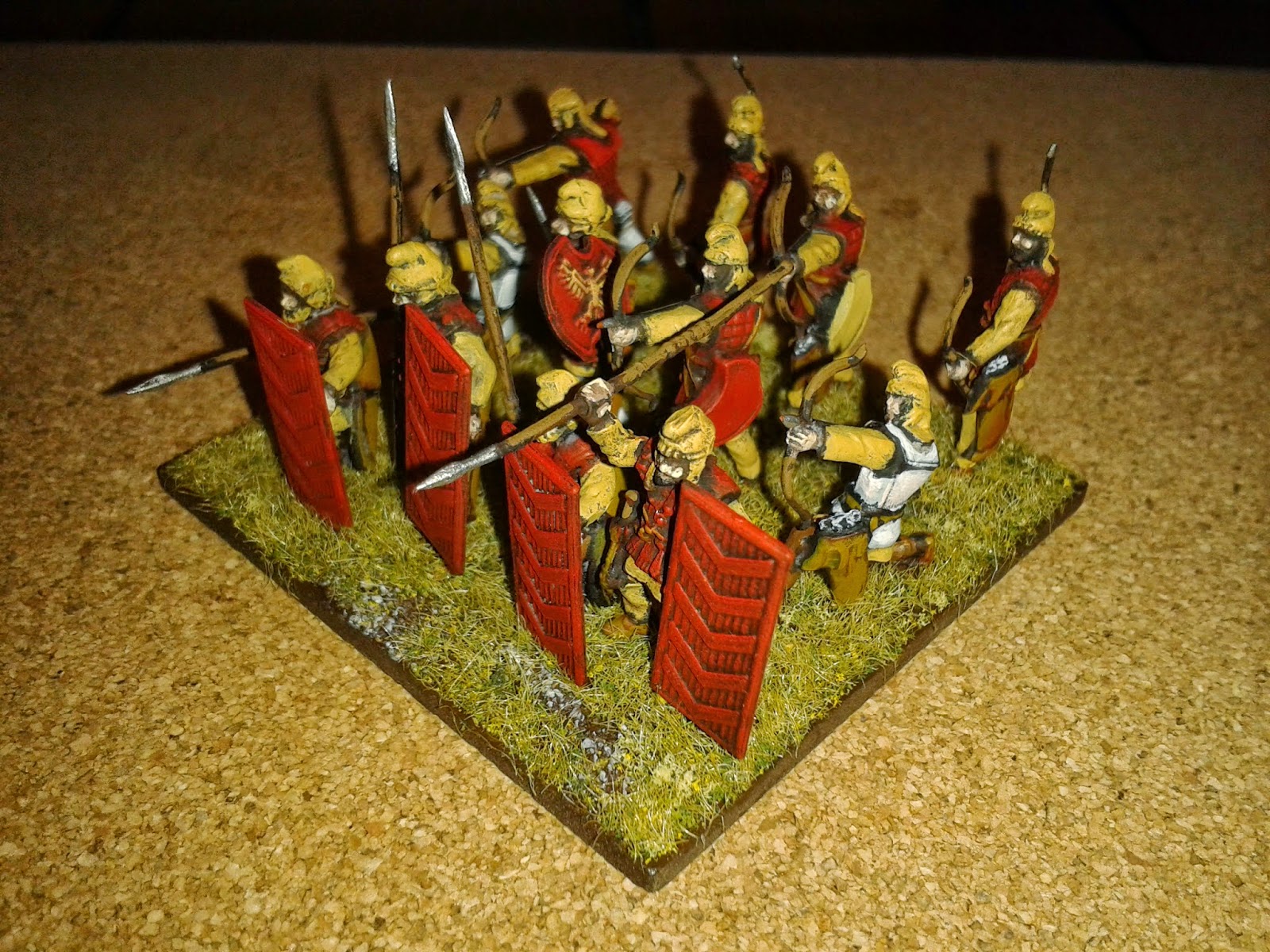 And here they are all together. 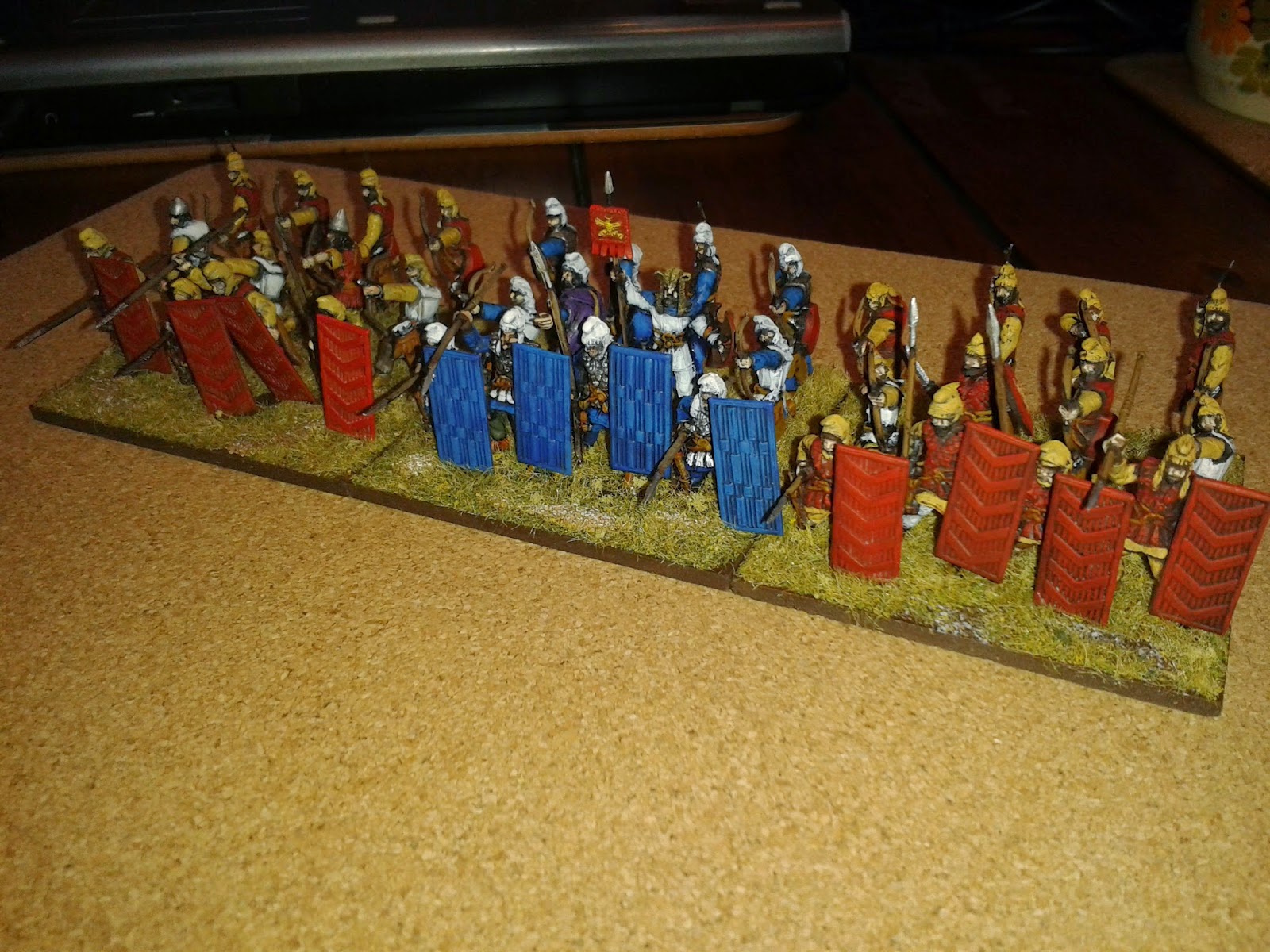 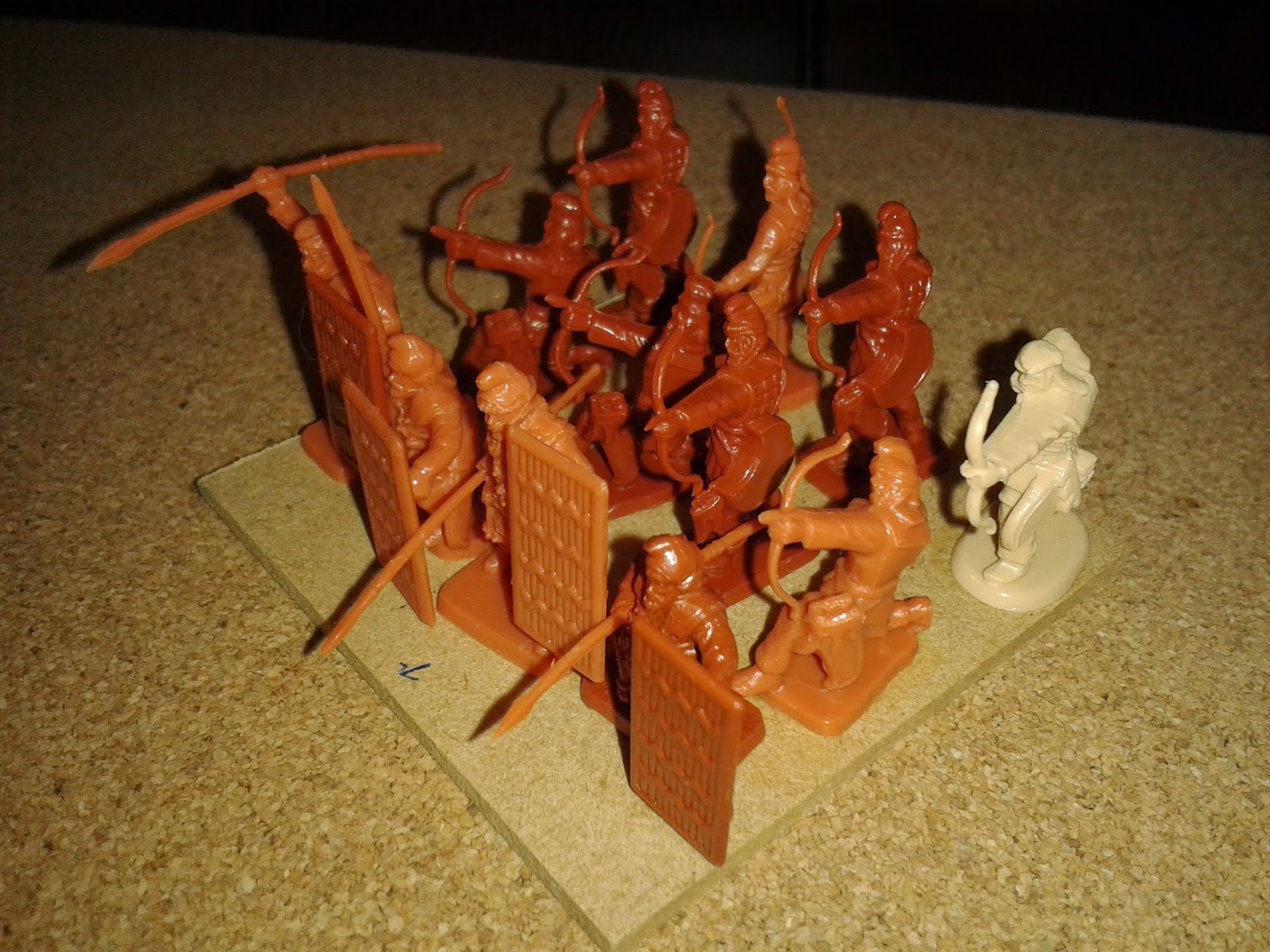 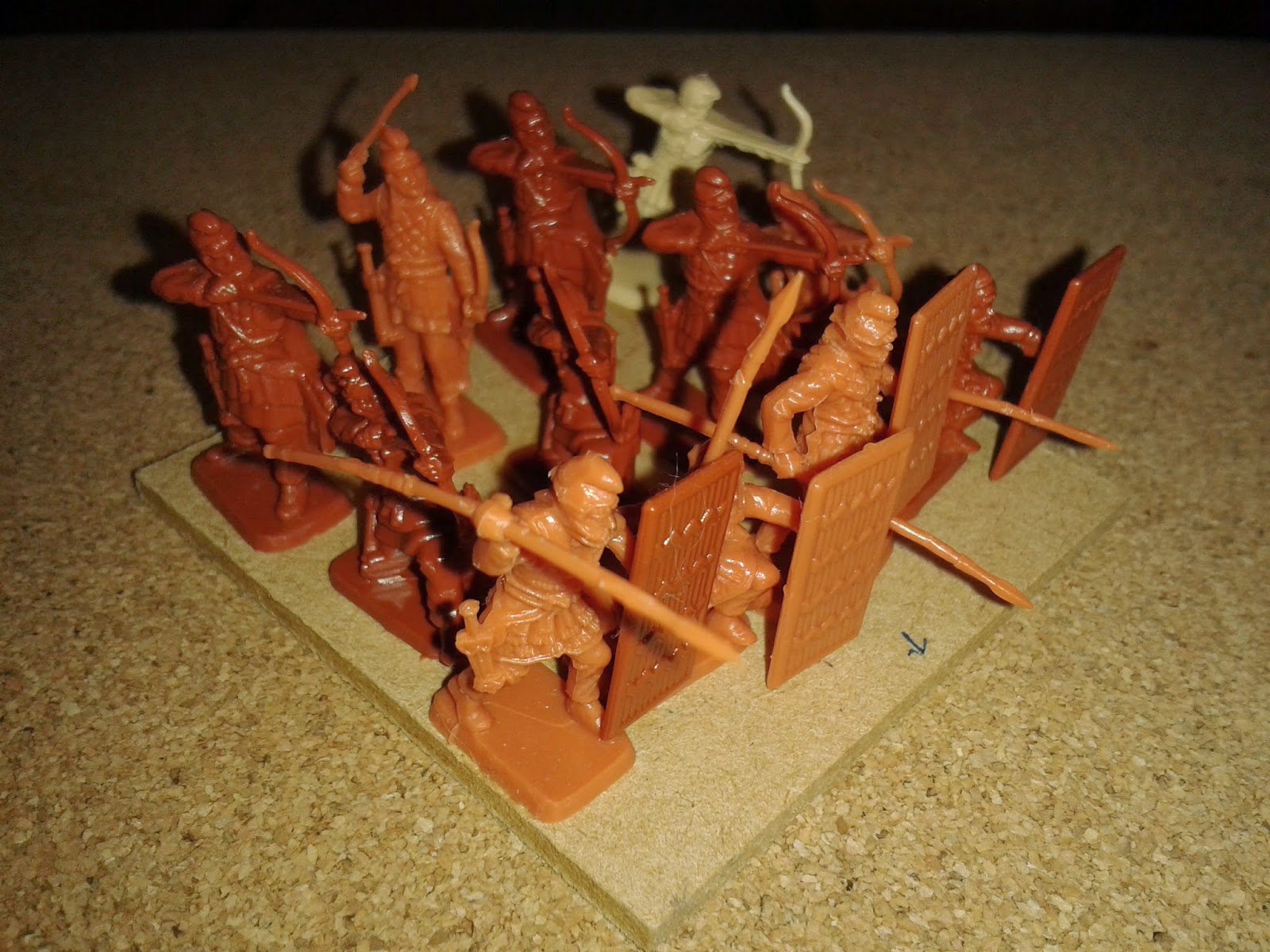 ...plus two more horde (one's almost done), two cav, one LH and a General's chariot.
Which should lead nicely to starting the mounted for the Parthians, as they're kinda using the same colours. As indeed do the Later Achaemenid Persians. Which will finally bring on the Macedonians. Then the Mithridatic elements to morph them. Then the second Marian Roman army. Then perhaps the Classical Indians, or the Polybian Romans/Later Carts...then the early medievals...now if I could only find some reasonable looking Later Pre Islamic Arab figures to sit atop my camels...my Italeri Saracens are too medieval...
So many toys, so little time!
ETA on the completion of the Early Achaemenid Persian DBA army? End of the Term 1 holidays, perhaps? I really want to practice playing my guitar more regularly...
Nick
Posted by Nick Grant at 12:45